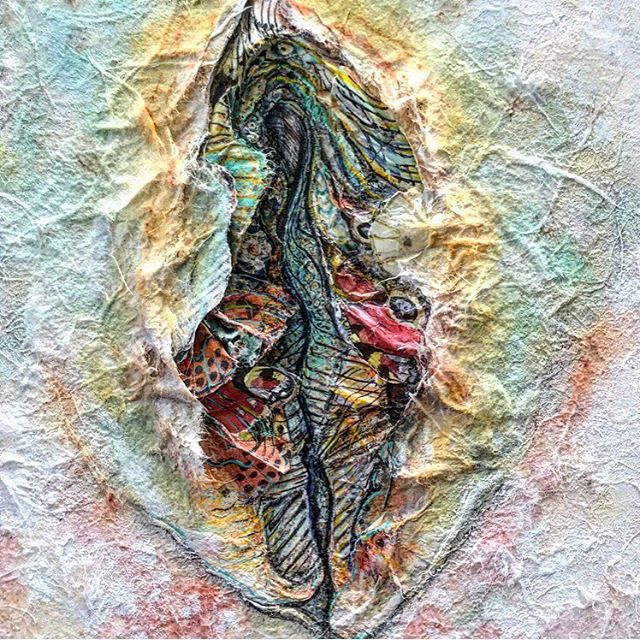 Vulvas emblazoned with cherry blossoms, roses, butterflies, and irises take their place as wonders of the natural world in Salt Lake City artist Jacqueline Secor‘s expressive mixed-media paintings. Her statement is political, as far as womens’ bodies are battlegrounds, and the series has earned both praise and controversy in her local community.

Secor explains the context of The Diversity of Nature with a manifesto: “Women’s bodies have been blamed for inciting sexual violence that is enacted against them. Breastfeeding has been deemed ‘indecent.’ Birth control has been regulated by politicians that have never menstruated. Laws, religious texts, and social norms attempt to regulate women’s bodies. From the time a little girl is told she’s cute, to the first time that she’s called ‘sexy,’ the message is the same… her worth comes from her appearance. There is nothing wrong with celebrating feminine beauty, but it’s problematic when beauty is the only feminine value worth celebrating.” 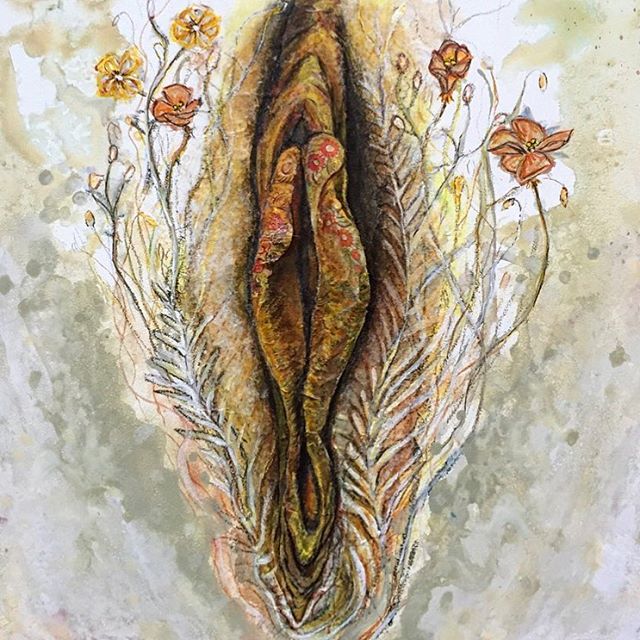 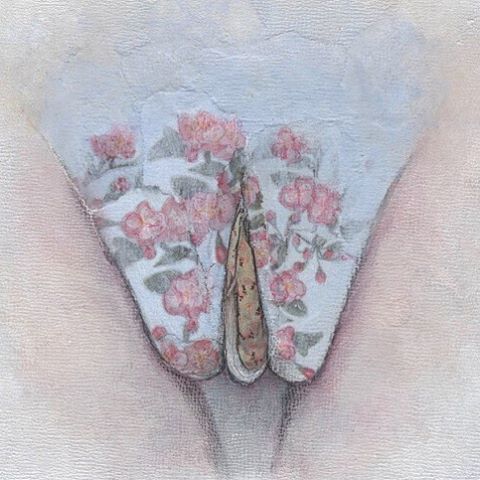 The former Church of Jesus Christ of Latter-day Saints member cites cave paintings as her visual and conceptual inspirations, but Japanese printmaker Katsushika Hokusai‘s prolific exploration of culture and geography in Thirty-Six Views of Mt. Fuji also comes to mind. Secor’s The Diversity of Nature similarly unravels the multitudes of female anatomy with dozens of exhaustive artworks, recontextualizing them with fresh points of view and surroundings.

Each 6″ x 6″ painting takes 25-35 hours of work. Secor’s sculptural style involves sculpting the crevasses with paper and gesso, so her subjects stick out from the canvas and demand attention. She draws in the eye with colorful acrylic, watercolor, ink, and soft pastel, and creates a collage-like aesthetic by incorporating torn-up sketches. Surreal nature motifs elevate her skillful attention to the female form. “Once the piece is done it’s actually interactive, which is hard to see in a picture. You can carefully push or pull the layers to see different patterns in-between and underneath,​​​​​​​” Secor explains.

A video posted by Jacqueline Secor (@jacquelinesecorart) on

//platform.instagram.com/en_US/embeds.js
Models from around the world posed for The Diversity of Nature, making Secor’s palette of labias majora and minora as diverse as the rich colors she uses to paint them. “Through my personal experience with body dysmorphia I hope to create a pathway for conversation that empowers the female body,” she says. “The popularity of cosmetic surgery and the millions of dollars spent to construct the ‘perfect’ look has always disturbed me, but I was especially saddened when I heard of labiaplasty, an increasingly prevalent surgery to change the vulva’s appearance.”

With her work, she sends the message that every vagina is a beautiful flower—in some cases literally. “When I look at my paintings, I see beauty in every piece, and I also see power,” she says. “I see a history of suffering, and the ability to overcome that pain.” 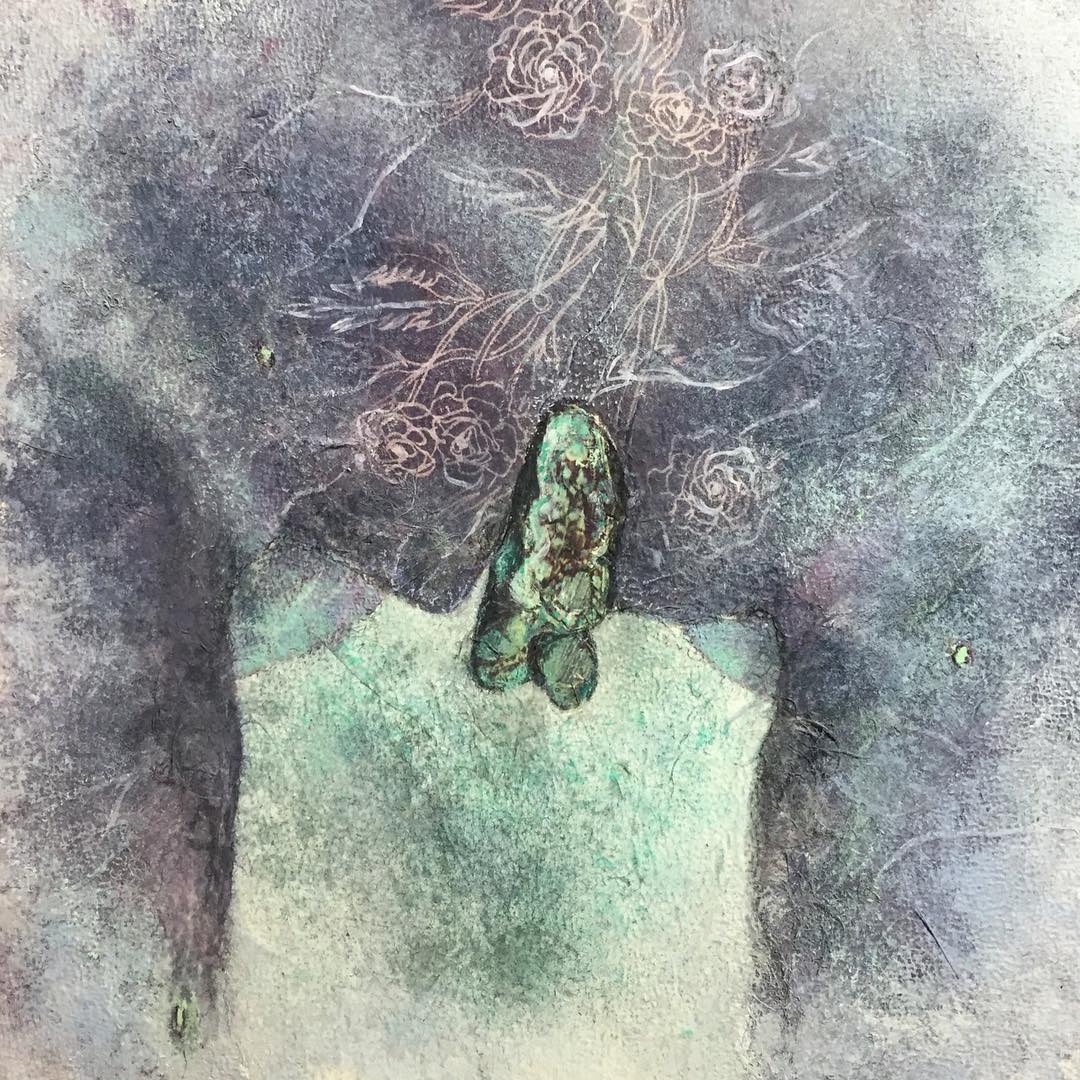 Secor’s work is rooted in overcoming her own struggles, primarily with religion. At 17, she moved to Utah from Northern California, bringing traits that stood out among other freshmen at Utah Valley Universtiy. In the midst of “a very unhealthy relationship,” an older Mormon she was dating pressured her to remove the most visible aspects of her identity: a tattoo and a nose ring. She did. “Overall I have experienced and witnessed too much judgment and shame because of Mormonism. The meanest and most dishonest people I know, who have hurt me personally, have been active Mormons.”

Five years ago, Secor underwent the process of getting her name removed from official Church of Latter Day Saints records. During a mandatory waiting period, Secor says the church employed several tactics in an attempt to keep her. “I had church leaders I’d never met call and ask me questions about my personal life and living situation. Then another church leader was sent to my house to talk to me,” she recounts. “It was all very violating.” After escaping what she describes as, “an environment which caused me to become extremely self-critical,” Secor began painting these works as an artistic campaign for personal empowerment. 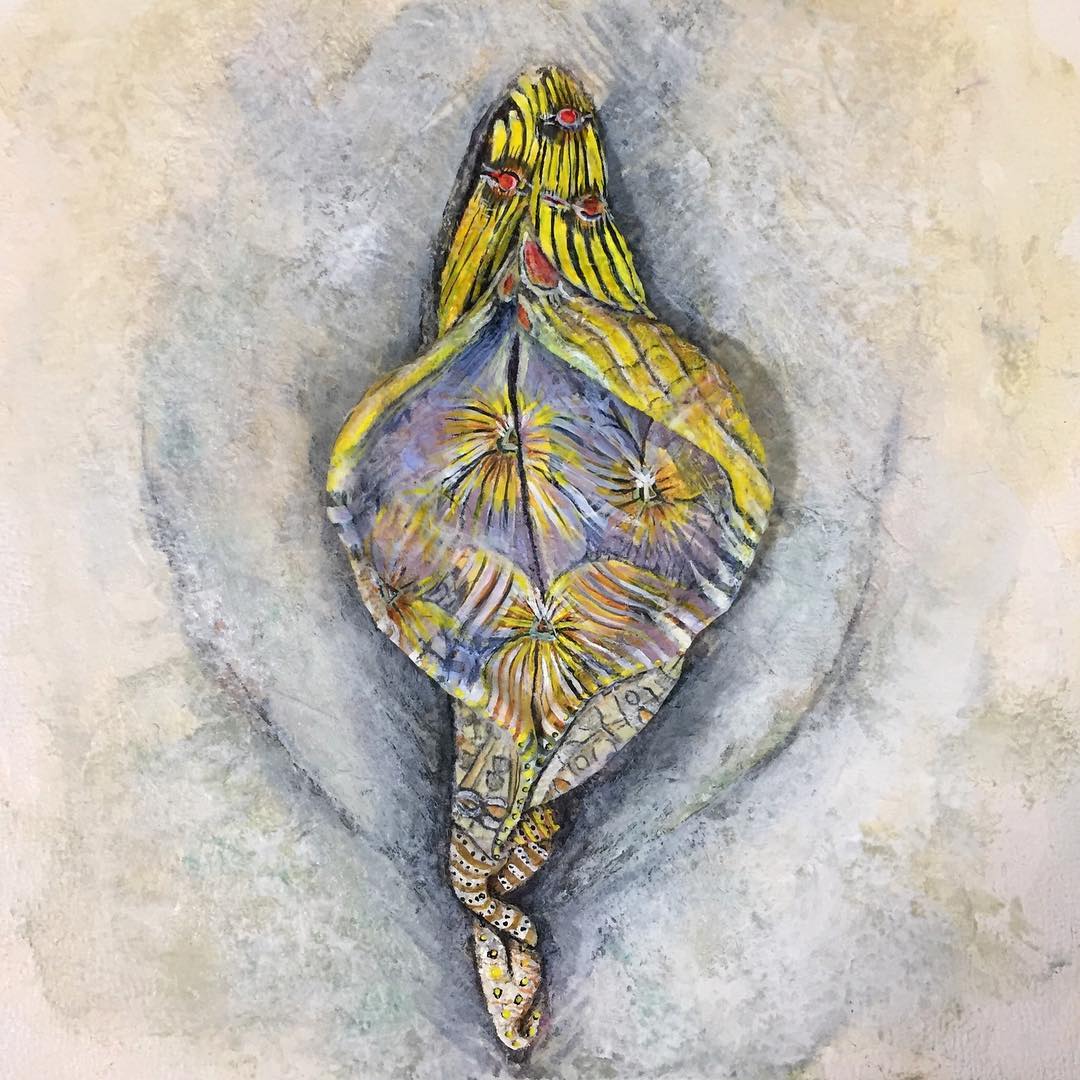 Her work has been both welcomed and challenged by the metropolis she calls home. “The Salt Lake City art community is diverse, but of course, very political,” she says. “I personally feel it caters to what will sell here in Utah—pretty and safe pieces of art. I see a lot of religious art, portraiture, landscapes, and cityscapes.” When she showed The Diversity of Nature at the Writ & Vision Art Gallery in Provo, UT in 2015, “Everyone responded pretty well. There were a few gasps from people when they realized what they were looking at!”

Writ & Vision gallerist Brad Kramer tells The Creators Project that Secor’s work is very much in line with the gallery’s mission to bring more diverse voices to Provo’s predominantly white, wealthy, and Mormon population. “Most of the people at my space found her work provocative, but also moving,” he says. “It’s also possible some people never understood it at all. Her work is incredibly subtle.” 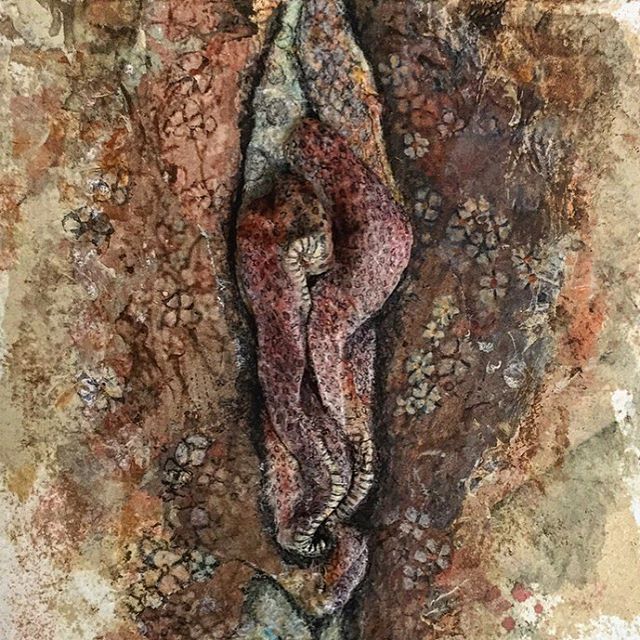 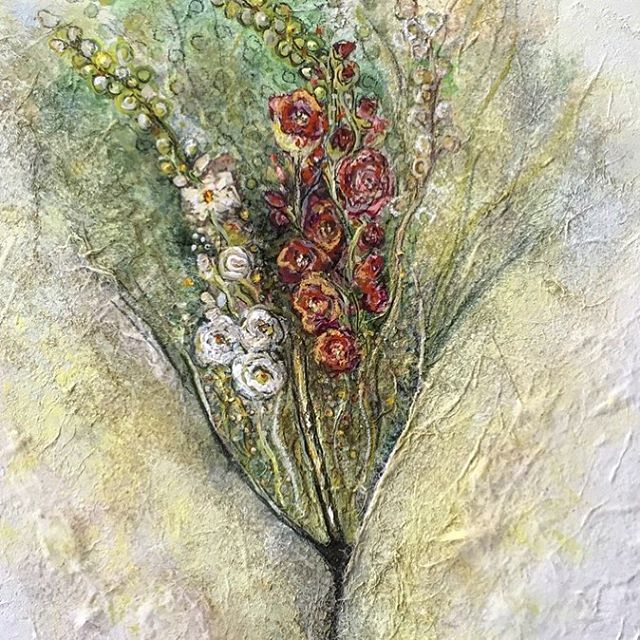 The social media response has been similarly mixed. Secor noticed that many of her religious friends and acquantances were less engaged in this series than her previous work, which deals in nature motifs sans vulva. “I was really shocked by the amount of Mormon women who actually unfriended me or quit associating with me altogether when they saw my art,” she says. Nevertheless, she has been substantially accepted by Utah’s art institutions, including earning a People’s Choice award at the Artists of Utah 35×35 Show.

“Best. Worst. Perfect. Gross. These are words that are too often used to describe female bodies,” Secor writes in The Diversity of Nature‘s mission statement. Looking at her work cleanses such reductive adjectives, leaving in their place words like “powerful,” “natural,” or “unique.” “This series honors each body in all of its individuality,” she continues. “It is my hope that in the face of such beauty, there will be no room left for comparison.” 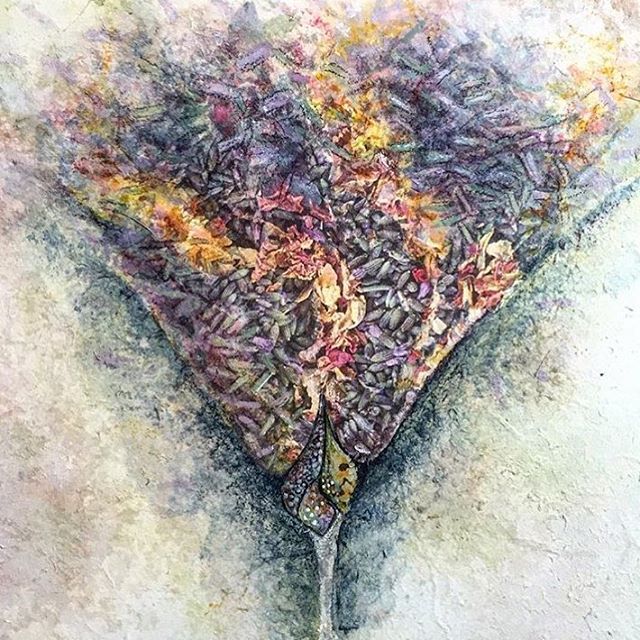 See more of Jacqueline Secor’s work on her website and purchase her work on Etsy.

Elvie, the Video Game for Your Vagina