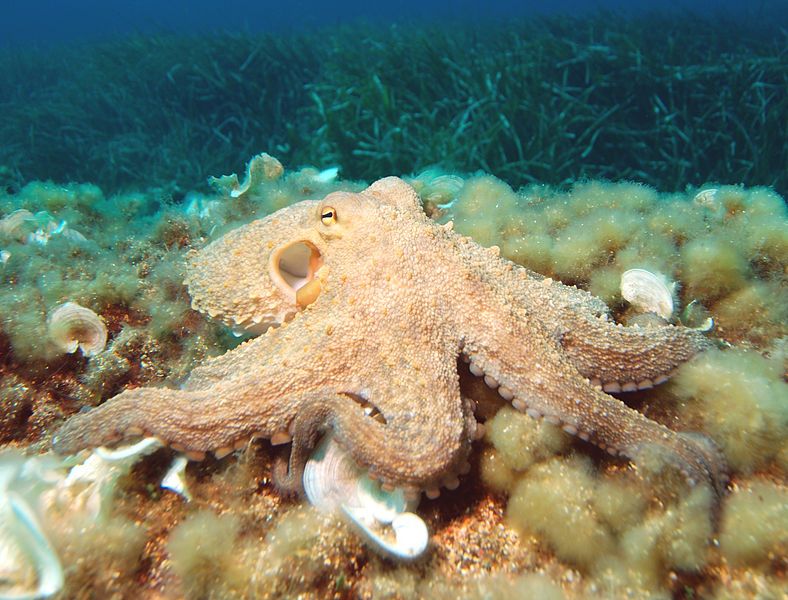 Even without direction from its brain, the octopus’s arms can snatch food on the ocean floor without much difficulty. That’s because the arms can operate semi-independently from the brain. But how can the arms identify what is food and what is not even without the guidance of the brain? It would seem that this feat could be attributed to the ability of the octopus arms to “taste.”

… researchers have identified specialized cells not seen in other animals that allow octopuses to “taste” with their arms. Embedded in the suckers, these cells enable the arms to do double duty of touch and taste by detecting chemicals produced by many aquatic creatures. This may help an arm quickly distinguish food from rocks or poisonous prey, Harvard University molecular biologist Nicholas Bellono and his colleagues report online October 29 in Cell.

Just imagine being able to taste stuff with just your limbs. I don’t know if that’s creepy or amazing.

More details about this over at Science News.