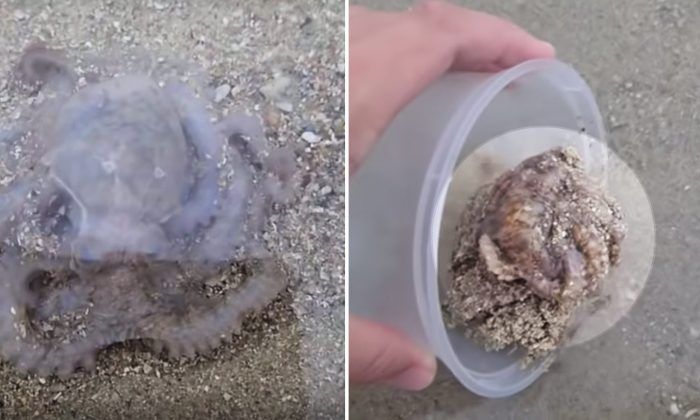 Considering what animal you want to be friends with? The octopus makes for a good candidate!

For decades, researchers have been caught off-guard with the abilities exhibited by the octopus such as “pulling levers to get food, stacking rocks to hide their dens, escaping from aquarium tanks, and using tools to lure and kill their prey.”

The cherry on top of these abilities is the octopus’ personality, which researchers have described as “playful, clever, mischievous, and even rebellious.”

If you find that amusing, there’s more! This octopus showed that they, too, know how to express gratitude. Here’s what it did when a woman saved it from being stuck on a sandbar:

The video was taken by Heng Pei Yan, an educator, scuba diver, and nature guide who is from Singapore. In August 2013, Heng was exploring the Cyrene Reef, a coral reef ecosystem full of rare seagrass that provides life for astounding marine creatures, right in the middle of Singapore’s harbor, one of the busiest in the entire world.

The reef area is shallow, which makes it perfect for naturalists like Heng to observe marine life up close but also means animals can be stranded when the tides change. That’s exactly what happened one day in August 2013, when Heng found a beautiful little octopus stuck on a sandbar. Apparently, the creature hadn’t been able to get out to deeper water in time.