Getting into a relationship with your classmate, coursemate or coworker is not something people wish for. There’s that icky, gooey fear of things getting awkward for everybody in case things don’t work out the way you expected. But it happens. And apparently more often than one would expect: 58% of employees have engaged in a romantic relationship with a colleague, recent studies show.

Another fun fact: almost half (41%) of employees don’t know their company’s policy regarding office romances. And if they did, based on u/lvndrlight‘s story alone — the previous number would be much lower.

As this couple in their mid-20s tells it in their story, they weren’t expecting to fall for their colleague (or each other). Of course, it happened anyway. And everything was going rather smoothly before management found out about their romantic relationship. Oh boy, how things changed from there on out… Dirty looks from the management, indirect ridiculing, gatekeeping from advancement in the company — those are just some of the things this couple had to endure. Things that surely would put off any person in the right mind from romantically engaging with their coworkers. 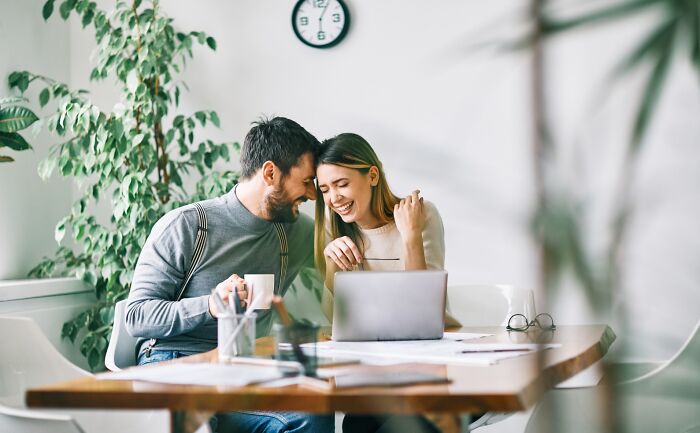 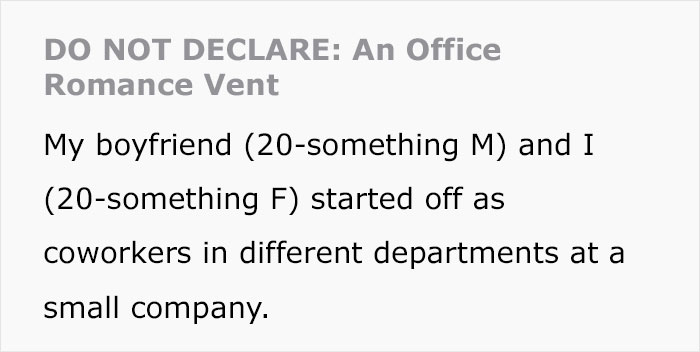 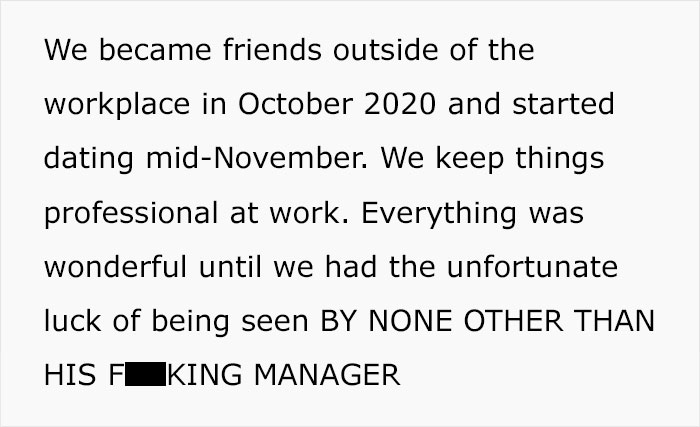 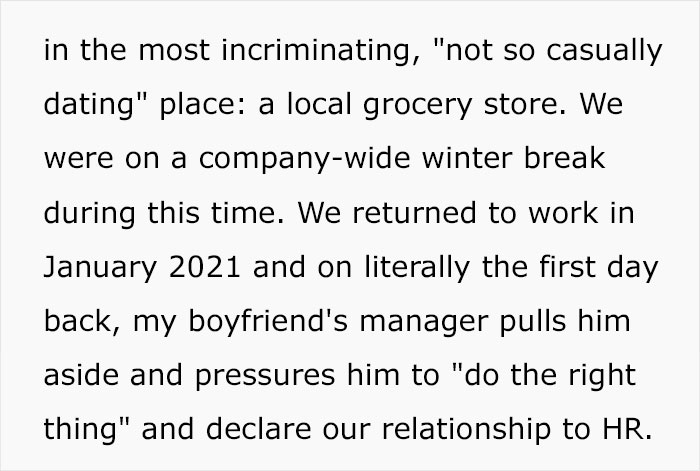 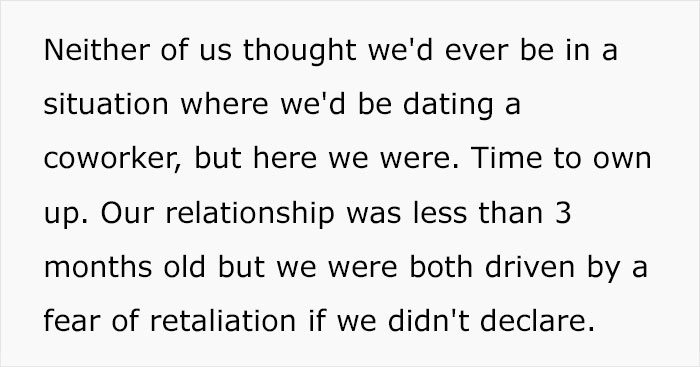 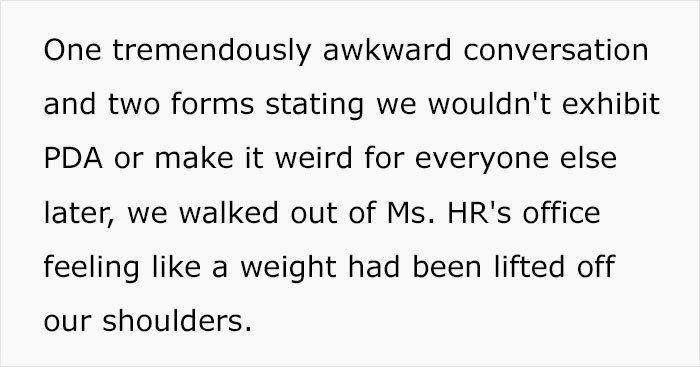 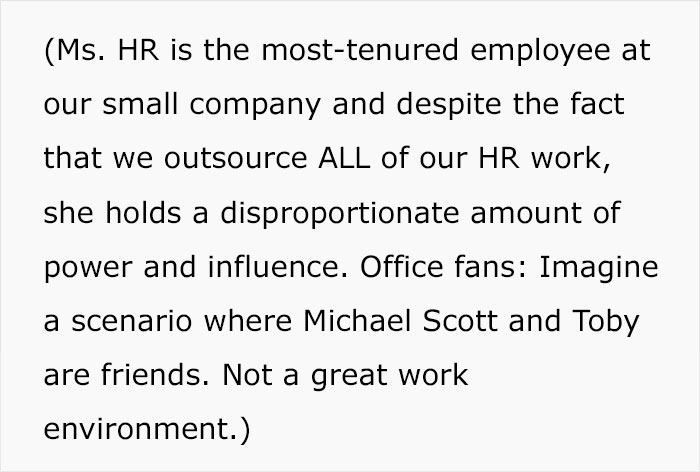 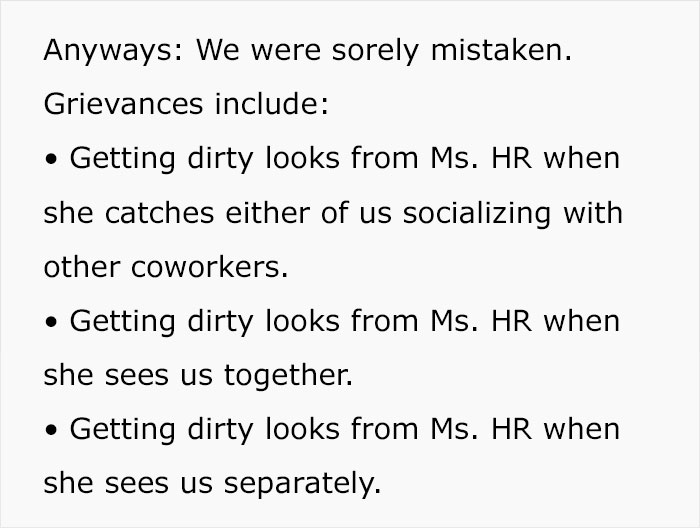 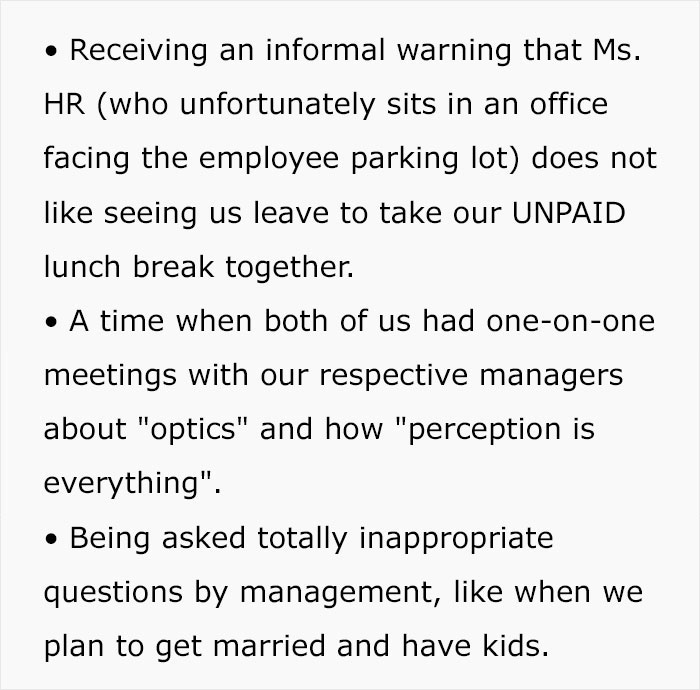 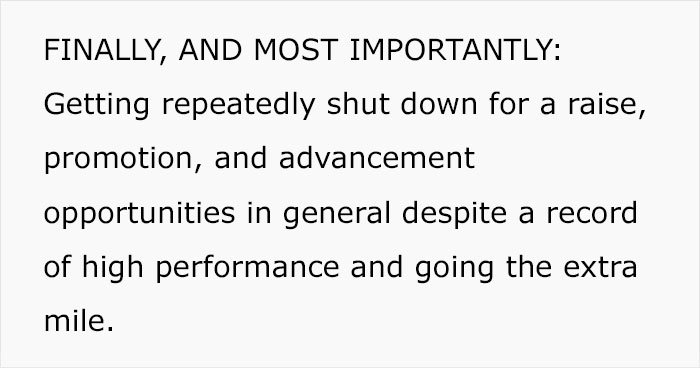 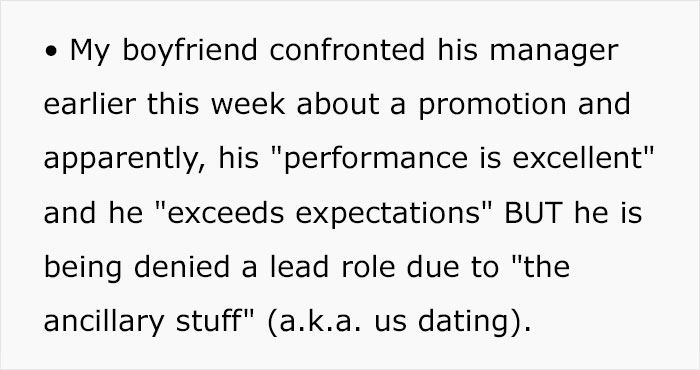 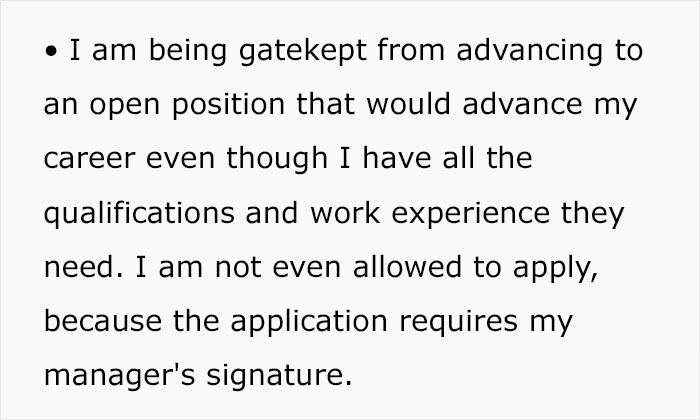 Inspired by the response from the internet, the couple started fighting the injustice at work 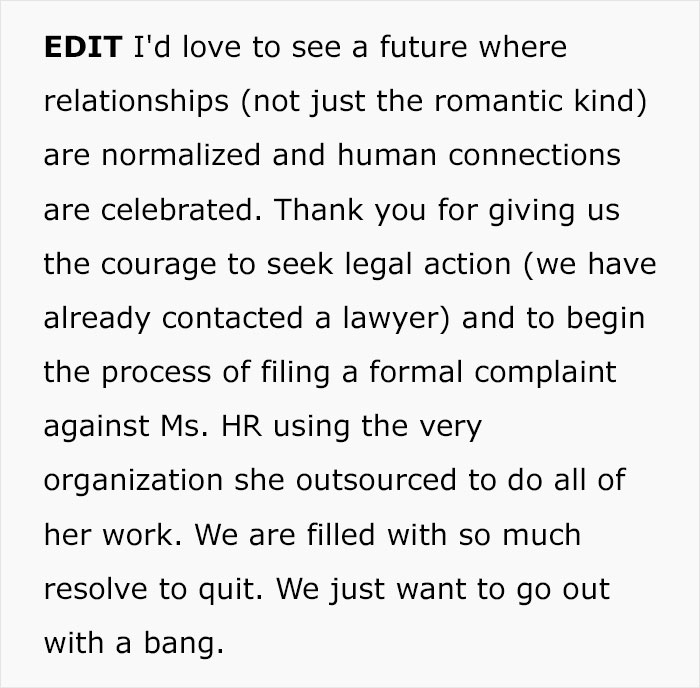 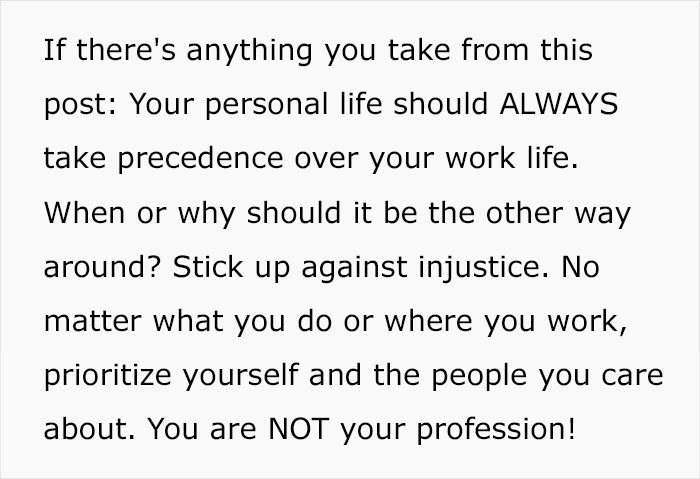 People don’t like when work gets in the way of love, as responses to the story show 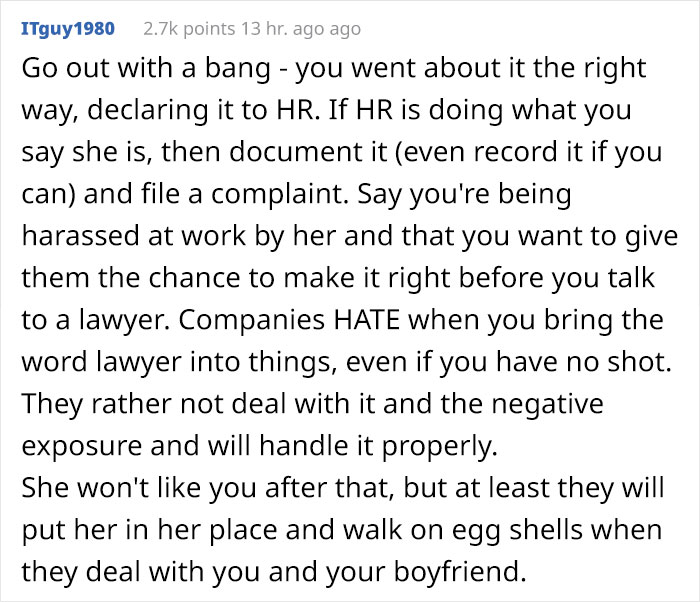 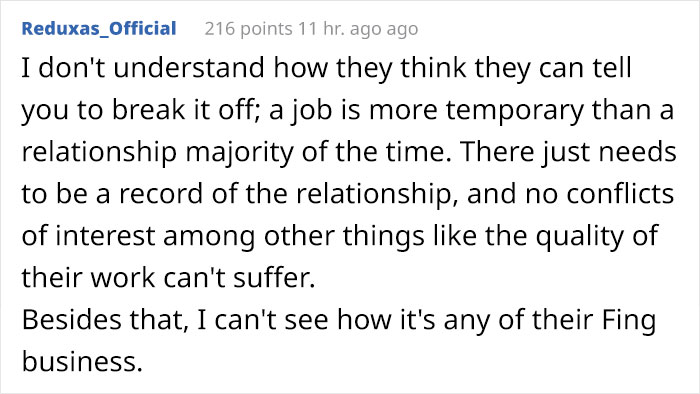 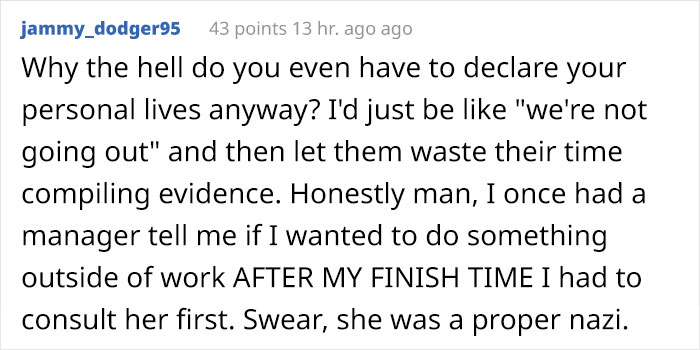 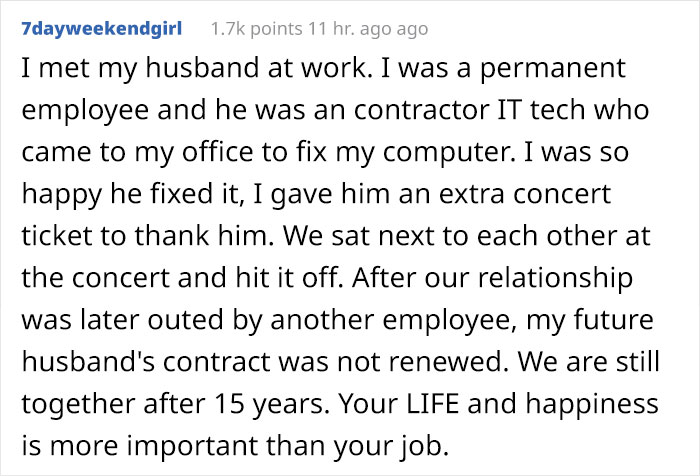 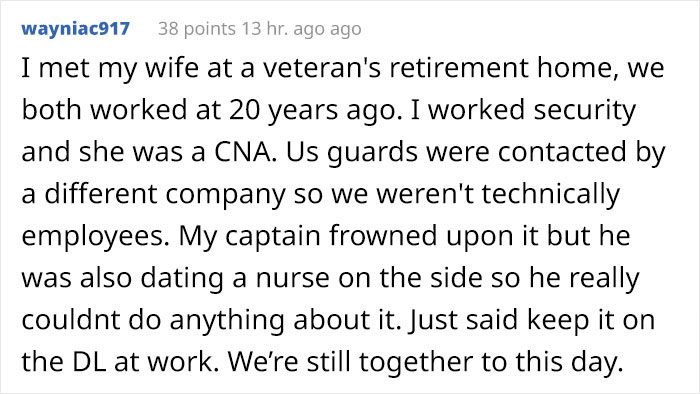 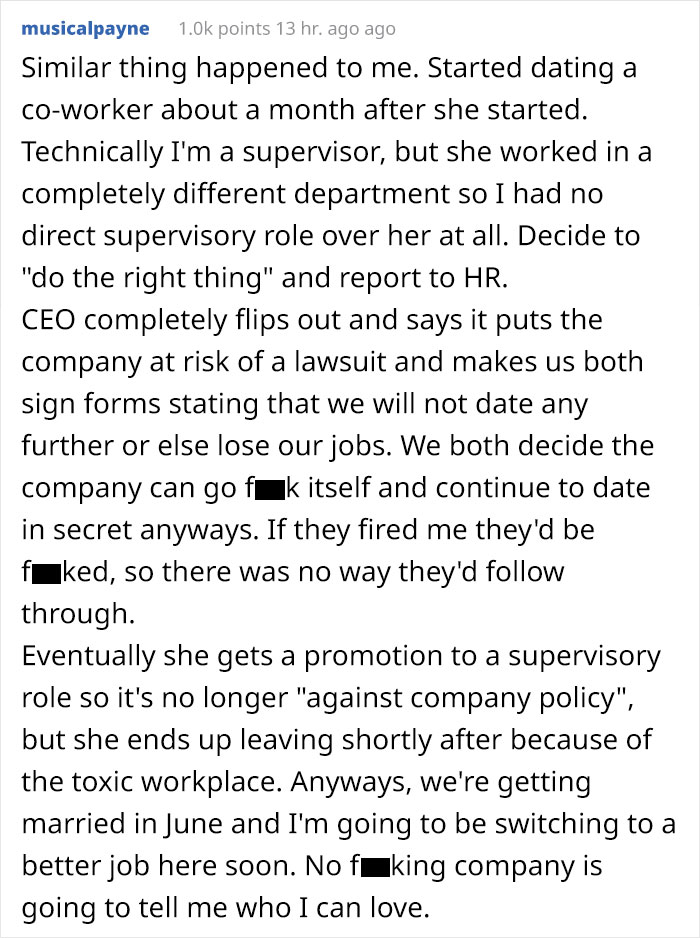 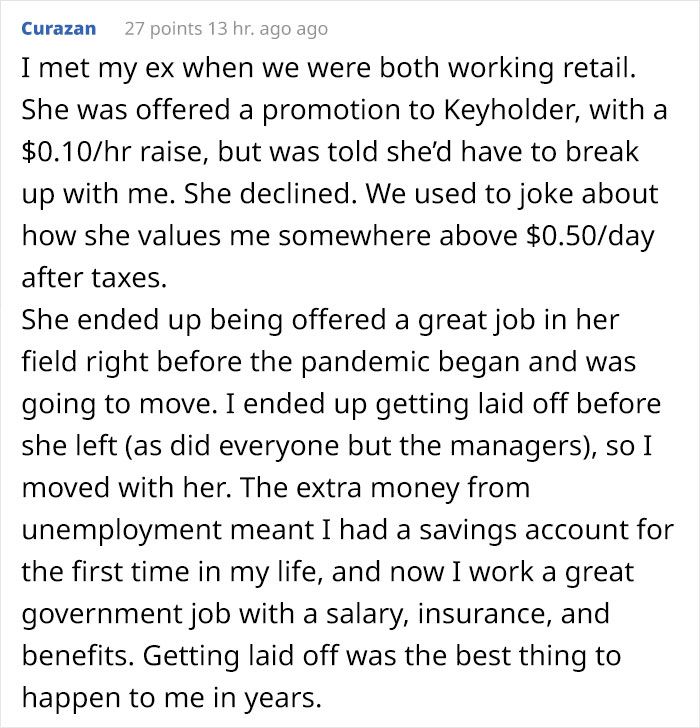 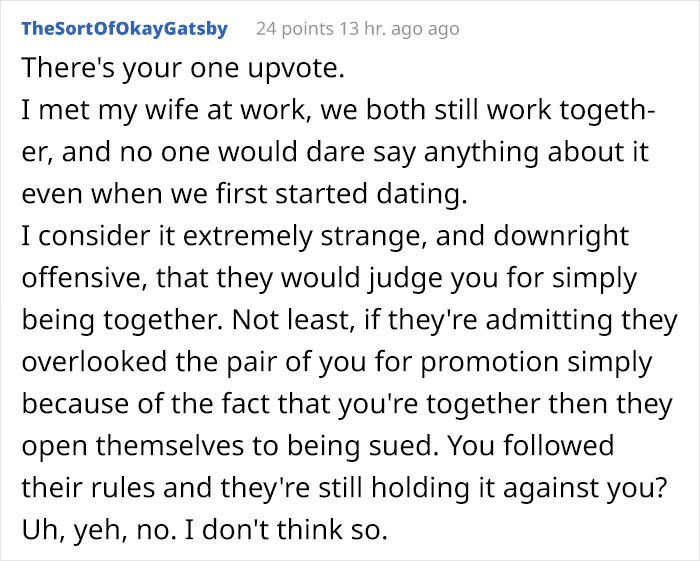 The post Office Couple Starts Experiencing Massive Discrimination At Work After Being Pressured To Declare Their Relationship To HR first appeared on Bored Panda.

“To Some People, Anniversaries Are A Big Deal”: Woman Calls Out Men Who Forget Important Occasions In A Viral TikTok

This Facebook Group Collects ‘Warnings And Disclaimers That Were Clearly The Result Of A Lawsuit’, Here Are 111 Of The Best Ones