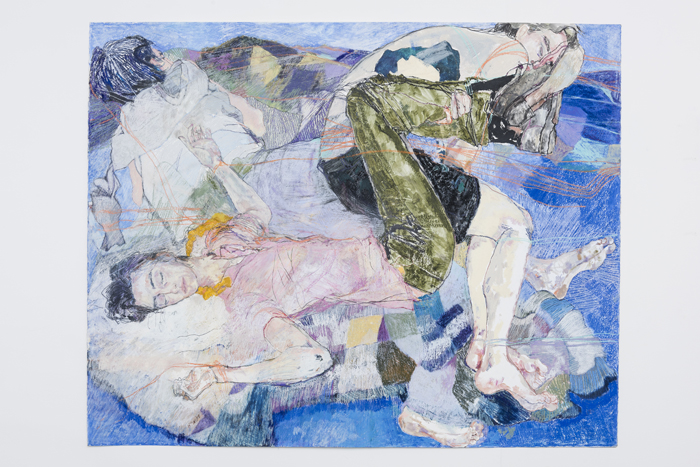 Links, a new exhibition at Amar Gallery in London, features the abstract, animated figure drawings of Australian-born artist Howard Tangye. A retired teacher of famous designers, such as John Galliano and Stella McCartney, Tangye began his artistic career in fashion many years ago at Saint Martins School of Art in London then continued to Parsons in New York, where he was informed that his drawings didn’t lend themselves to fashion, but were actually “life drawings.” He even sold several directly from his portfolio to editors from whom he had originally sought publication within their fashion magazines.

Upon receiving this unexpected and supportive feedback, Tangye strove to develop his own style. “I knew I didn’t want to change my style or approach to drawing for the sake of fitting in, so from then on I did it for myself,” he tells The Creators Project. The works on display in Links are a continuation of Tangye’s development. They are brimming with motion and emotive in their gestural renderings of a subject with whom the artist clearly feels an energy—a pulse below the surface fueling the frenetic lines in a happenstance manner similar to pentimento, the reappearance in a painting of original elements that were painted over by the artist, which Tangye intentionally experimented with in this series. 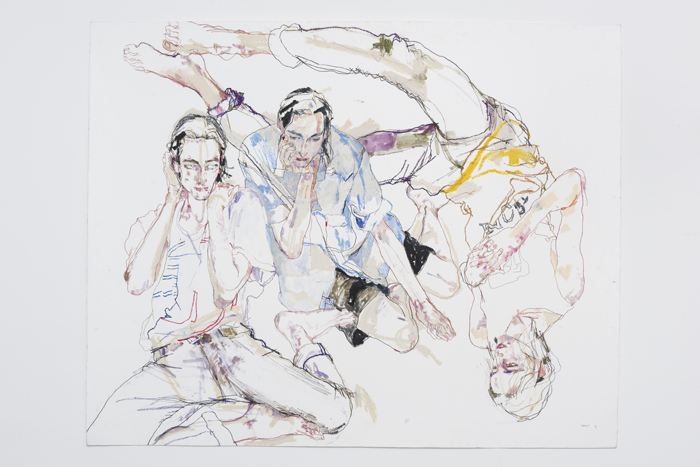 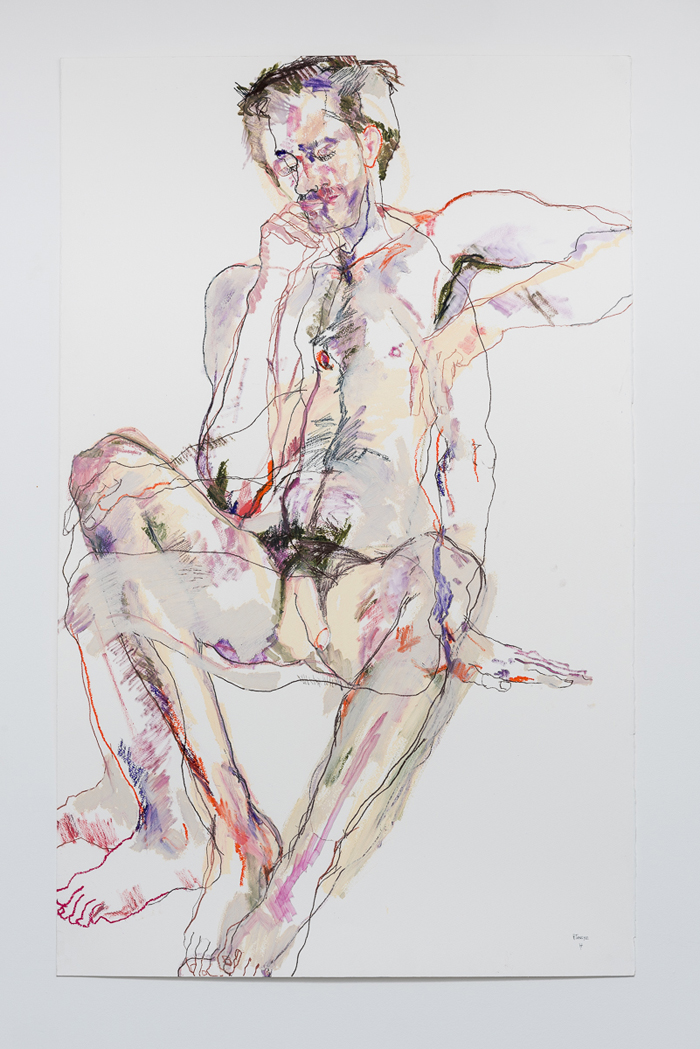 For centuries, artists have used pentimenti as a means of conveying motion in a sketch or a painting’s underlay. One famous example of pentimenti is Edgar Degas’ ballerina sketches. Pentimenti are a sort of creative improvisation, where one’s hand follows the movement of the subject in real time. The objective is to convey motion rather than a realistic depiction. In Links, Tangye’s drawings reflect the concept of pentimenti in both the subject’s movement and energy, and also Tangye’s own whimsical decisions mid-stroke. He wields pentimenti as final products rather than simply sketches or outlines. And though the drawings seem to be produced in a flurry of movement, Tangye considers each line and its variation from tone and strength to tension and direction. “It is very physical as well as mental to create them,” he says of his favorite element. 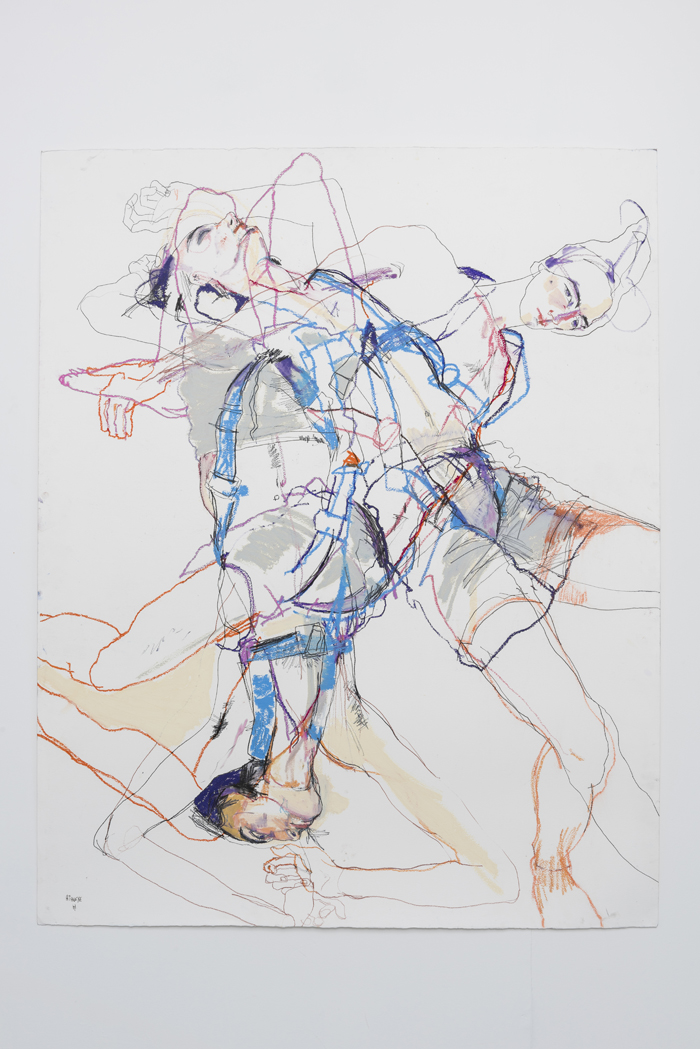 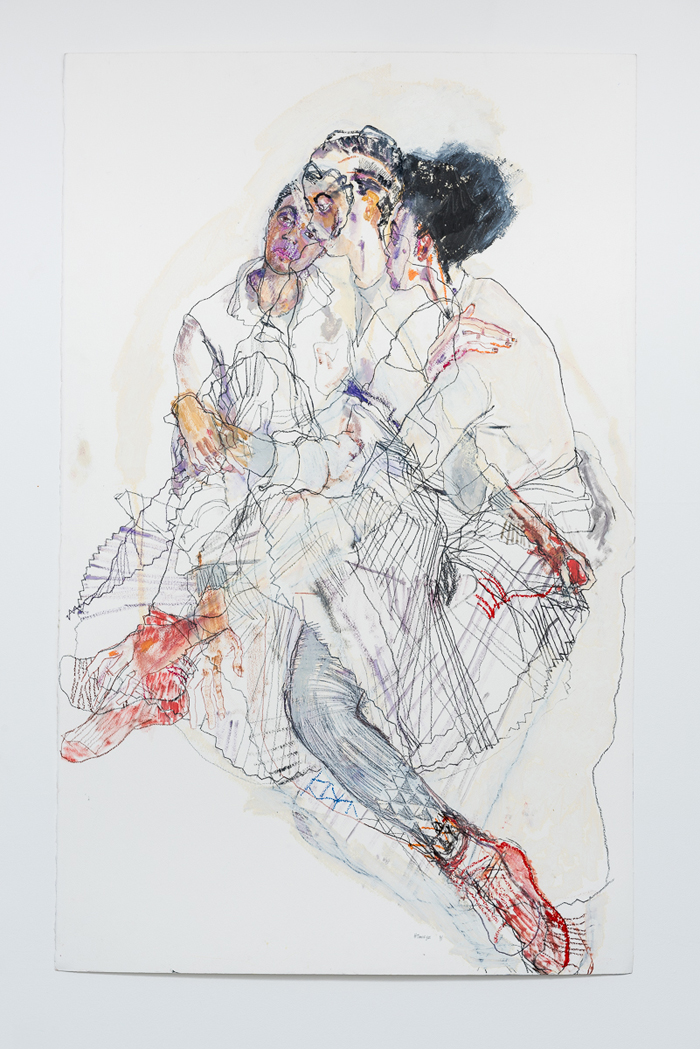 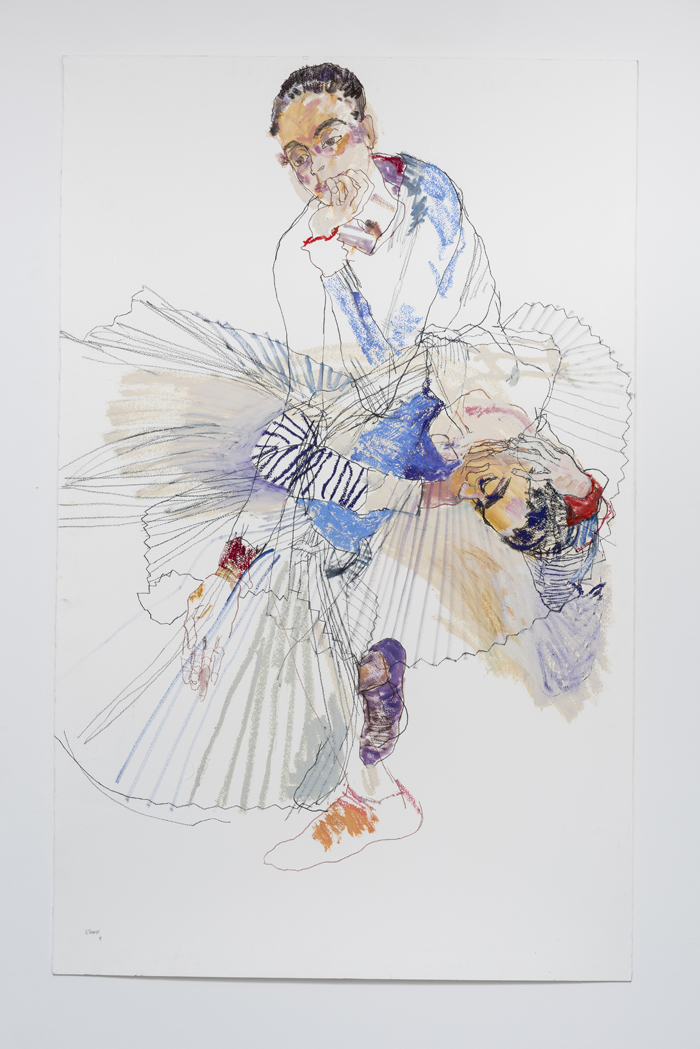 Tangye’s creative process—from choosing a subject to his final drawing—is, in his own words, “a collaboration.” He seeks out subjects who “move naturally and are at ease with themselves.” In particular, he remembers the first time he became aware of such an energy, and the moment has stayed with him for decades. It was during his time at Parsons, and he was taking a bus down Fifth Avenue, when a tall, graceful woman climbed aboard. He recalls: “It was summer, and she moved as if in slow motion. I thought to myself, ‘That is what I want from my drawings.’ How she moved, beautifully, and I have never forgotten her image. She naturally created a mood, an atmosphere, that seemed surreal. It was extraordinary, and she was just finding a seat on a bus.”

For him, this air of grace is particularly present in his drawing, Pamela, which he says “has a lightness to it that reminds me of the girl on the bus that day in New York. It’s very lyrical, I think, and I did it over two days. It happened very naturally. It makes me feel that I got ‘it.’” And he did.

Links will be on display at Amar Gallery through March 3, 2017. For more information, visit the gallery’s website.

Modern Figure-Drawings Highlight the Beauty of the Human Form