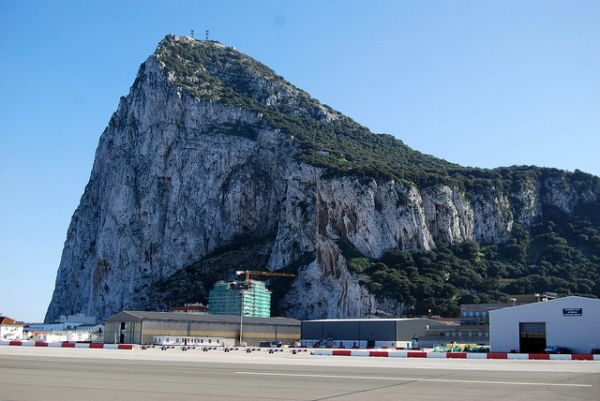 The Rock of Gibraltar, which guards the entrance to the Mediterranean Sea, is honeycombed with caves, tunnels, and chambers. After World War II, a rumor spread about a secret military installation in which six men spent a year sealed inside during the war. It was just a rumor until the chamber was found in 1997! Over the next ten years, the real purpose of the chamber came to light. It was Operation Tracer.

Rear Admiral John Henry Godfrey, the Director of the Naval Intelligence Division of the British Admiralty, suggested that they establish at Gibraltar a covert observation post which would remain operational even if Gibraltar fell into enemy hands. This observation post would be located in a hidden chamber within the Rock of Gibraltar with two small openings to watch for movements on the harbor. Six men were selected to be sealed inside the cave, and while there were enough supplies to last one year, there was to be no way out of the chamber, and if any men were to die they were to be embalmed and cemented into the brick floor. Only if Germany was defeated within the first year would they be released.

The cave was built, and six men were trained, but Operation Tracer was never put into service because Hitler turned his attention away from the Mediterranean. Read about the plans and see pictures of the cave at Amusing Planet. -via Metafilter

This Runescape Gamer Lost His Lawsuit Battle To Get Unmuted

Why Are We Always Hungry?

How Did Science Fiction Imagined The 2020s?

Do You Want To Live In A Fungi Home?