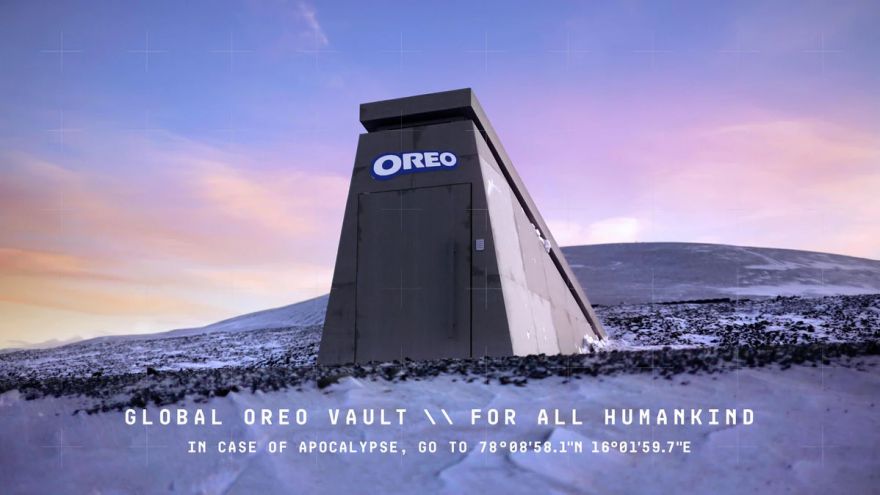 Oreo created a doomsday vault in Norway to house its cookies just in case something terrible happens to the world. Cookies aren’t something you’d put into a vault for safekeeping, but the company isn’t taking any chances. It’s also a great marketing stunt, as people will talk about Oreo cookies, regardless of how ridiculous the Oreo doomsday vault sounds, as Input Magazine details:

In a video about the Global Oreo Vault project, the company says it was inspired by a tweet from a fan on October 3rd asking if the asteroid strikes, “I wonder who will save the Oreos?” It then sprung into action, working with one of the same architects who designed the seed vault. Except instead of having two years to design the vault as he did with that one, in this case, he had just thirty days before the asteroid reaches us to get the Oreos safely stashed in permafrost.

“As an added precaution, the Oreo packs are wrapped in mylar, which can withstand temperatures from -80 degrees to 300 degrees Fahrenheit and is impervious to chemical reactions, moisture and air, keeping the cookies fresh and protected for years to come,” Oreo said