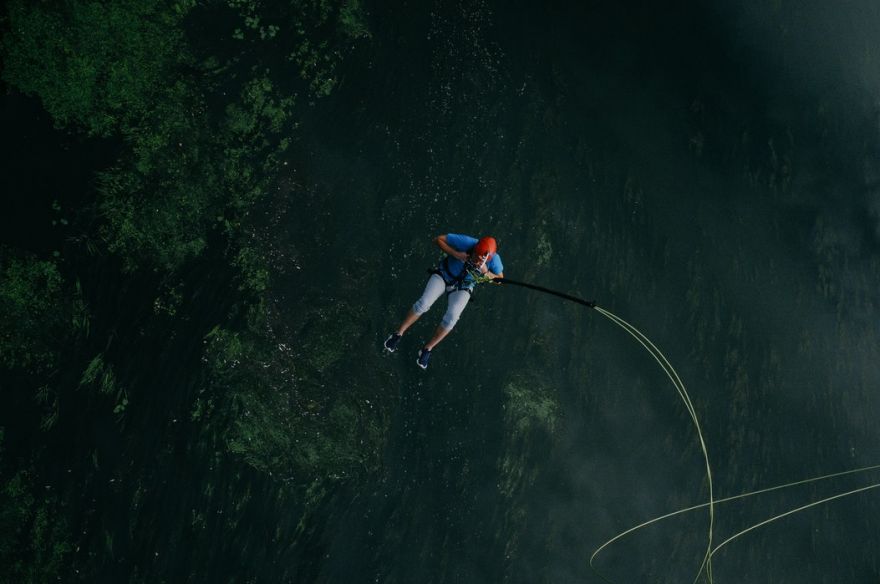 So many decisions come into play when you are thinking of doing something that would be unthinkable for you like say, bungee jumping off a high cliff or tower. Now, there is a moment just before you make the decision to jump off when your brain spikes up in activity. Researchers have recently been able to measure that split-second decision-making which was first coined in 1964 as bereitschaftspotential (BP) or the "readiness potential" in English.

The German and Austrian authors of the current study opted to have their subjects go bungee jumping in hopes of recording this readiness potential. While bungee jumping has its roots in an ancient ritual on the South Pacific island-nation of Vanuatu as a way to test one’s courage, prior studies have shown it results in a sharp rise in concentrations of beta-endorphins right after jumping. (This spike is despite the fact that, the authors note, bungee jumping is statistically less life-threatening than more common activities like bicycling or dancing. Our impulse reactions are not rational.)