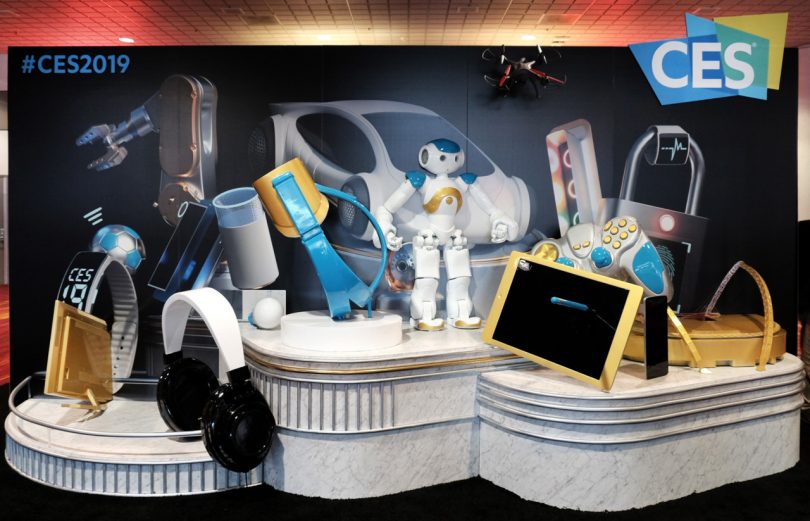 With more than 2.9 million net square feet of exhibition space, the Consumer Electronic Show can be a challenge to cover even over the span of several days. The enormity of CES isn’t just physical, but conceptual, encompassing nearly every facet of modern life – a trade show born from the nascent explosion of affordable and increasingly portable consumer electronics back in New York City in 1967, now dedicates an ocean of display space for the emerging categories of personal robotics, the ever-expanding smart home category, wearables, health monitoring, automotive, all alongside the supernova presence of 8K televisions glowing from several towering booths from the largest manufacturers. Combing through the largest exhibition halls, down into the depths of Tech West to see up and coming vendors, alongside a few private meetings, here are ten products that impressed us in design and purpose. 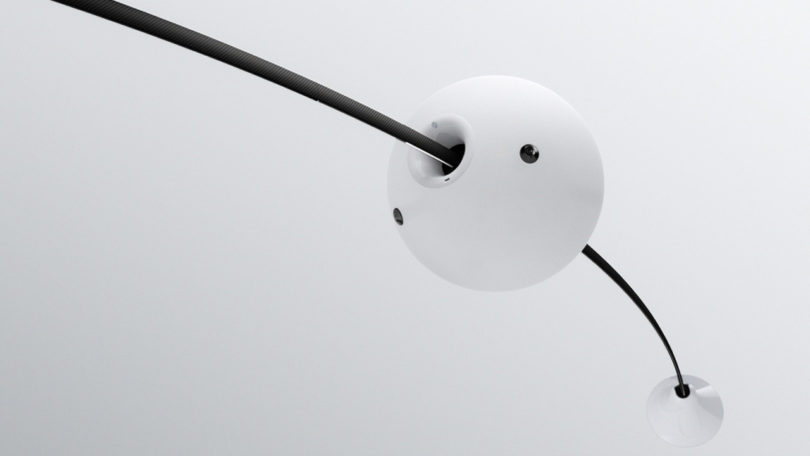 An exploded view of the Penguins Innovate’s White Rabbit was enough to pique our interest to stop in to inquire about the purpose of the large spherical device shown riding across across a long wall-to-wall rail. Equipped with a 2K, 360-degree panoramic camera, the White Rabbit is a smart lighting system capable of following occupants from one area to another, with the additional features of security system and a 2-speaker sound system. Gesture and voice command add to smart-tech features. Unfortunately, the hall’s cacophonous crowds prevented an on-floor demo of the light moving, but a video online shows it in action here. 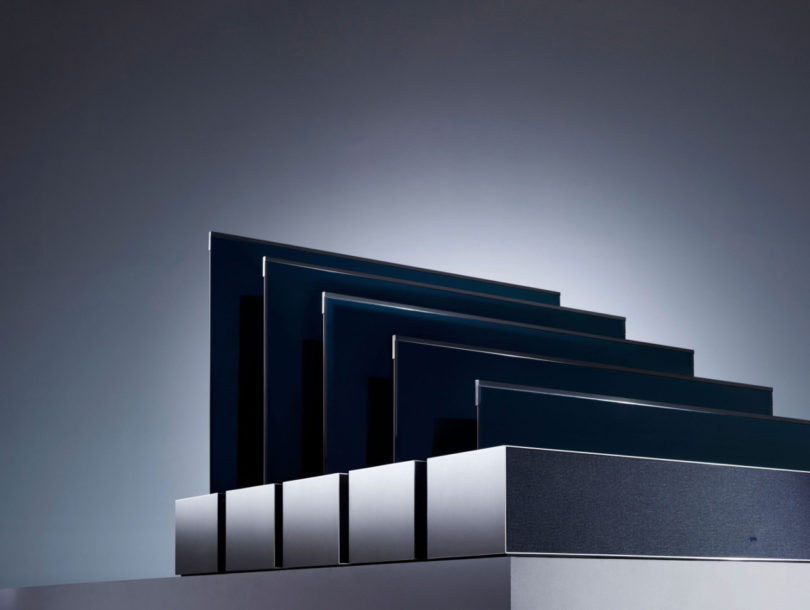 LG has given their upcoming line of OLED 4K smart televisions the moniker of the Signature OLED TV R9, but everyone at CES was simply referring to it as the rollable television. And roll-up it did for the throngs of attendees impressed by technologies permitting the 3-millimeter OLED panel to appear and disappear, over and over again. The low stand houses the display when rolled away, but also doubles up as a Kevlar enclosed front-firing speaker supporting Dolby Atmos, with a handsome Kvadrat wool textile covering the front. Coming in late 2019. 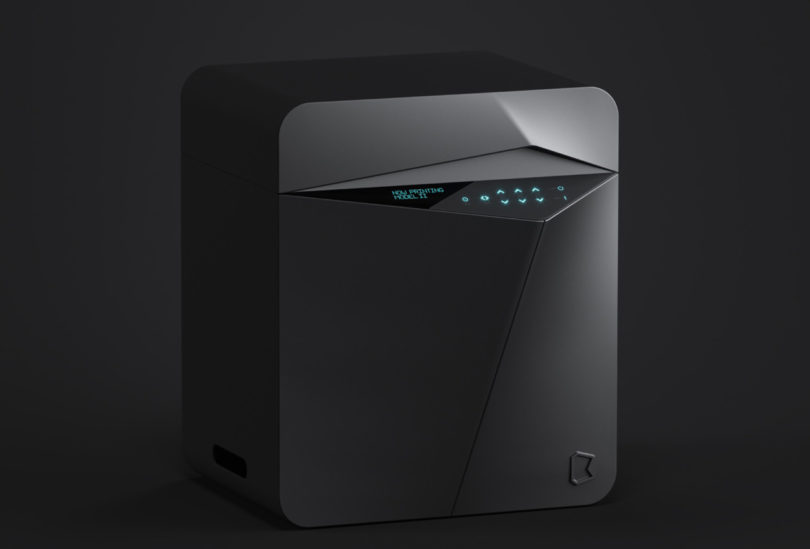 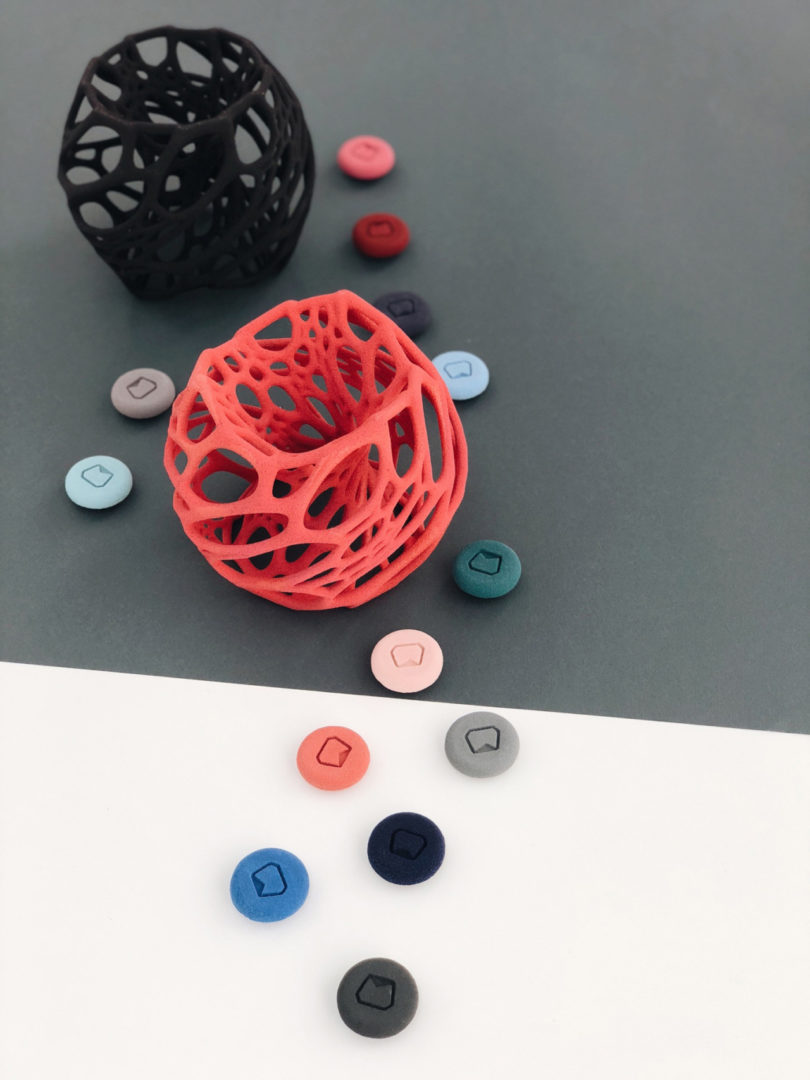 The organic intricacy of the ceramic pieces on display at Kwambio’s booth looked familiar, on inspection revealing themselves to be the work of Design Milk favorite, Jessica Rosenkrantz of Nervous System. The technology to print 3D ceramics has been around for years now, but Kwambio has worked to decrease size and price for home and offices, with their Ceramo Zero Max 3D Printer reduced down to a 25-inch footprint. Definitely a more enticing output medium than the tchotchke quality of plastic additive printing (perfectly fine for prototyping, but nowhere as nice as fired ceramics). 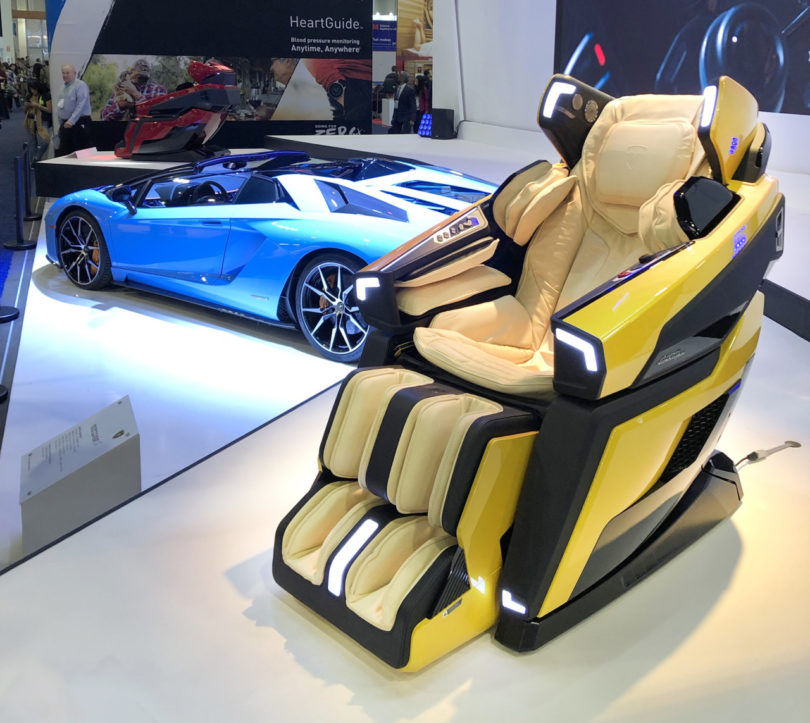 Topping our list for most unexpected collaboration was the nearly $30,000 Boyfriend premium massage chair. Designed by the actual design team at Automobili Lamborghini, the resulting aesthetic offers a very Bumblee-Transformers design, with controls mirroring those found in the Italian super cars, but we can’t deny the fantastically-named Korean massage chair company produces exceptionally good massage chairs that proved rather capable of removing most kinks and soreness of a trade show. 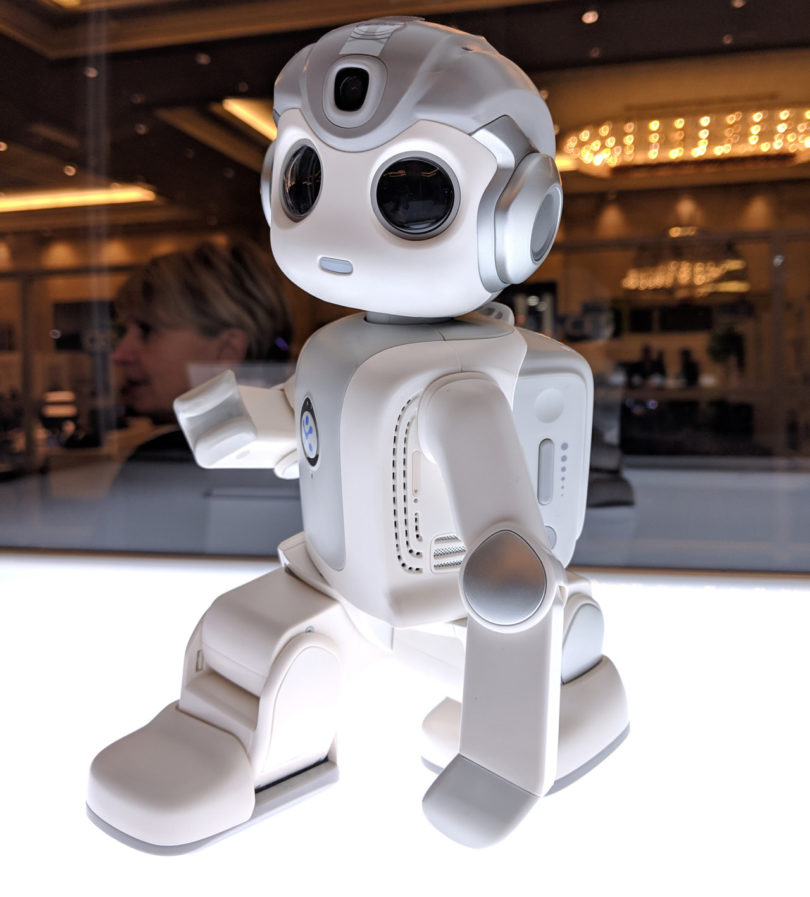 Currently consumer-priced robotics doesn’t permit the daily helpful utility we’ve all dreamed of, but robots are improving, if not getting a lot cuter. The Alpha Mini by UBTECH Robotics was awarded a CES Innovation Award/Honoree, an entertaining dancing companion that debuted late last year at IFA 2018 Berlin. 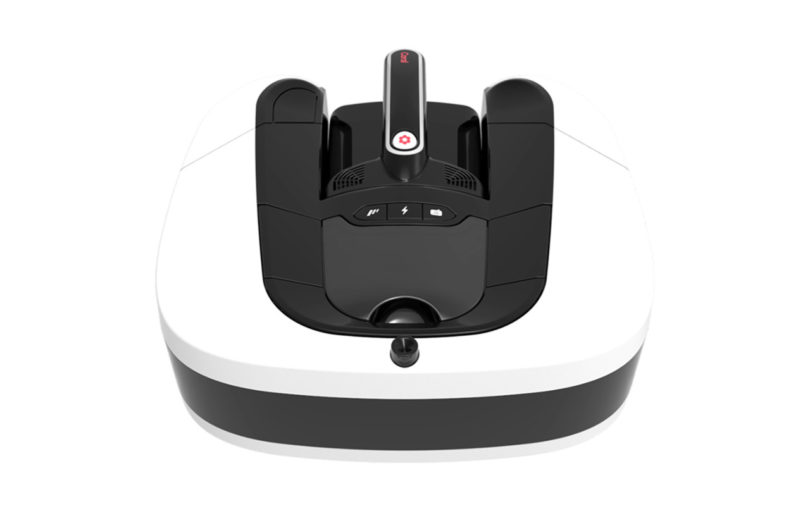 This isn’t to say consumer priced robotics hasn’t proved completely hapless in the realm of handling actual helpful tasks. Another CES Innovation Award Winner, the Coral One Vacuum Robot is the world’s first 2-in-1 vacuum robot and cyclonic handheld vacuum, engineered to traverse all varieties of domestic surfaces and roadblocks, then also turn into into a handheld vacuum when cleaning duties require more targeted care. The Star Wars Stormtrooper design surely doesn’t hurt in our eyes. 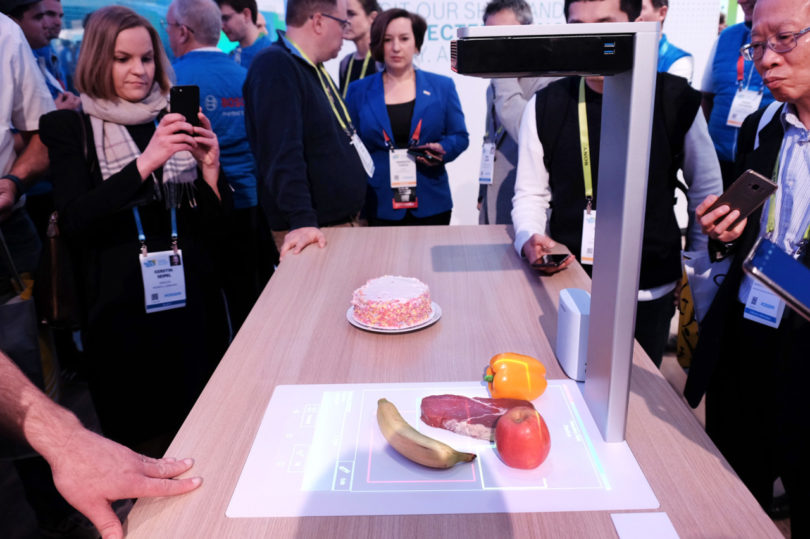 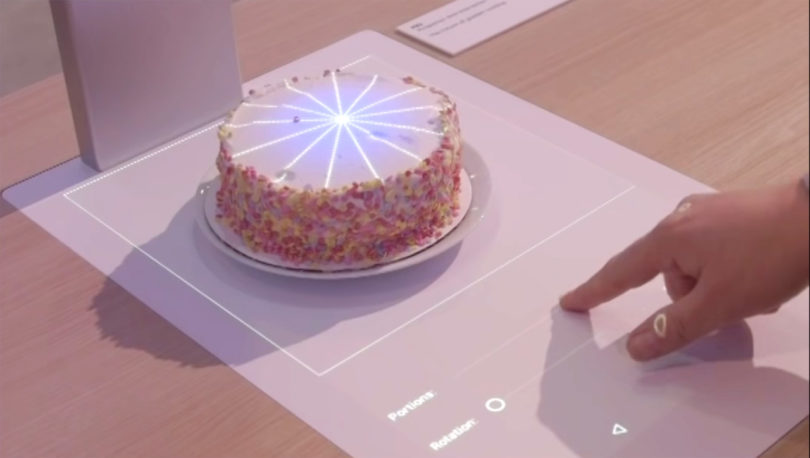 The Bosch PAI (an acronym for “Projection And Interaction”) is a miniature smart projector that mounts under kitchen cabinets, converting any surface beneath into a touchscreen and gesture based display. The system operates as a recipe/cooking catalog, connecting to Bosch’s other family of connected kitchen appliances, and can identify individual ingredients to propose recipe ideas or start the oven in advance. But most impressive is its unnecessary but fun ability to divide cakes into perfect portions for slicing. 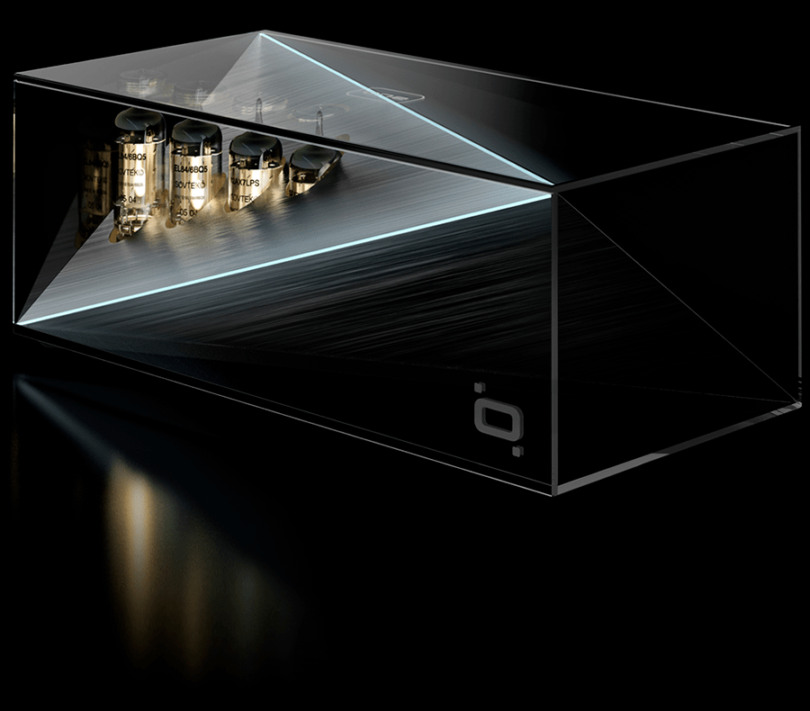 We’ll admit we didn’t get a listening session with the Qoobi ONE Wireless Tube Pre-Amp (practically a useless endeavor unless a listening demo is planned far from the crowds and din of the show), but the design of Dutch start-up’s industrial design wowed our eyes even silent. The designers explained the pre-amp’s sharpy angularity by “stereometry, ice cubes in a glass of whisky, the early works of Victor Vasarely and Hayao Miyazaki, Star Wars, and Scandinavian electronic music. 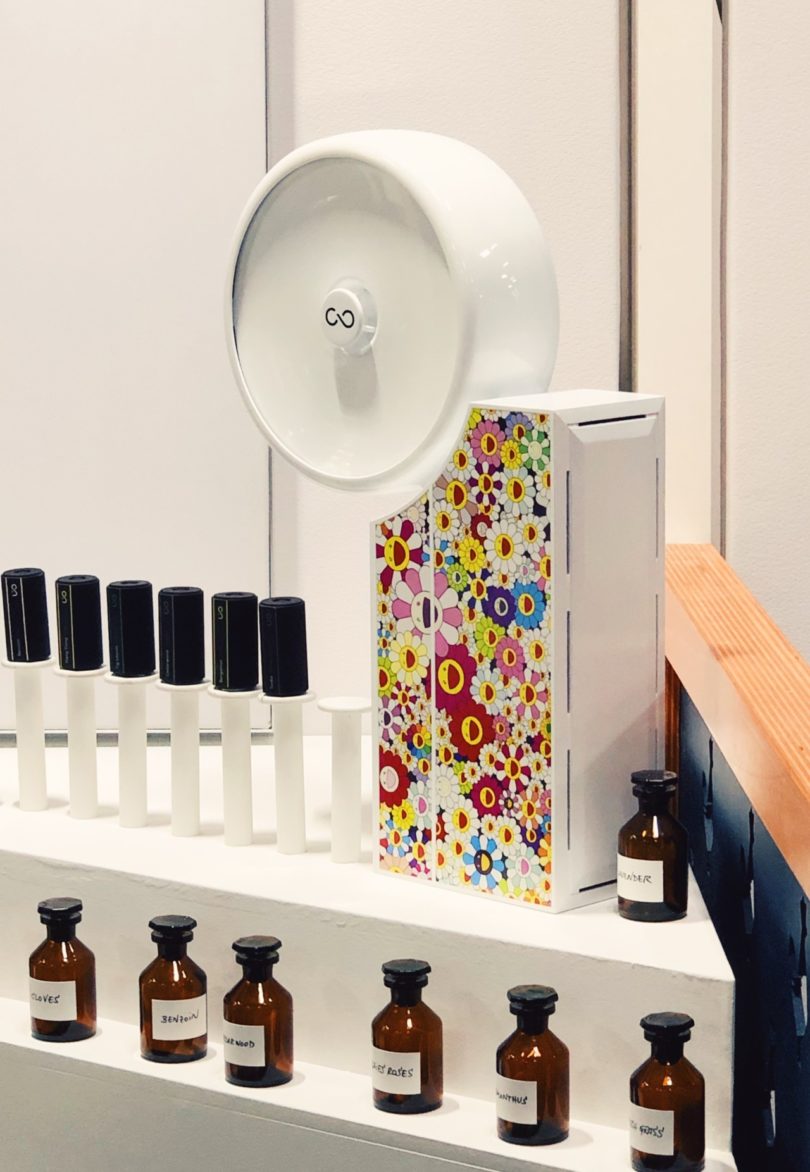 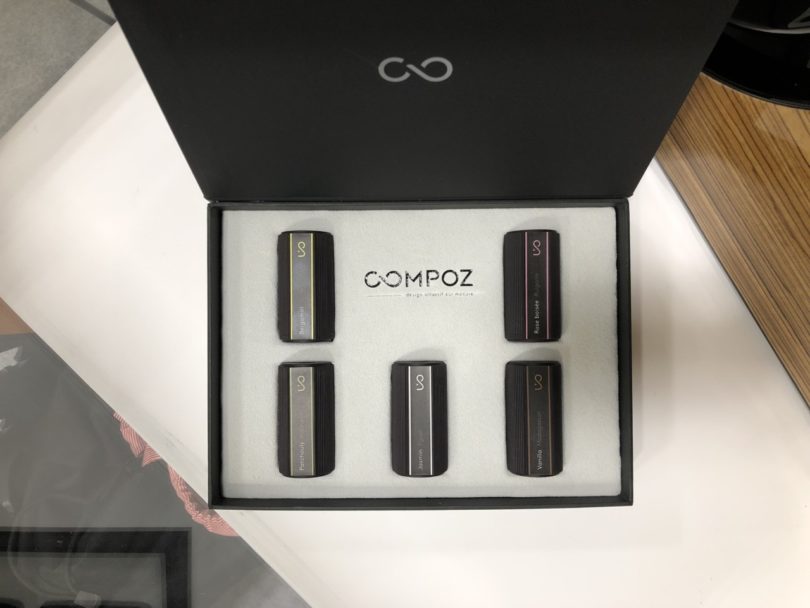 Explorative form factors seemed to be out of vogue at this year’s CES, but one company’s industrial design pulled in attendees to inquire, “what does this do?” Appearances may hint of an audio device, but instead the Compoz “customized olfactory design” is capsule-based device designed to house up to five scent capsules (think coffee capsules) to mix and create bespoke scents. Personalizing scents is big business in hospitality, and Compoz representatives said these luxury devices would be aimed for hotels and restaurants, perhaps in time designed for residential use. 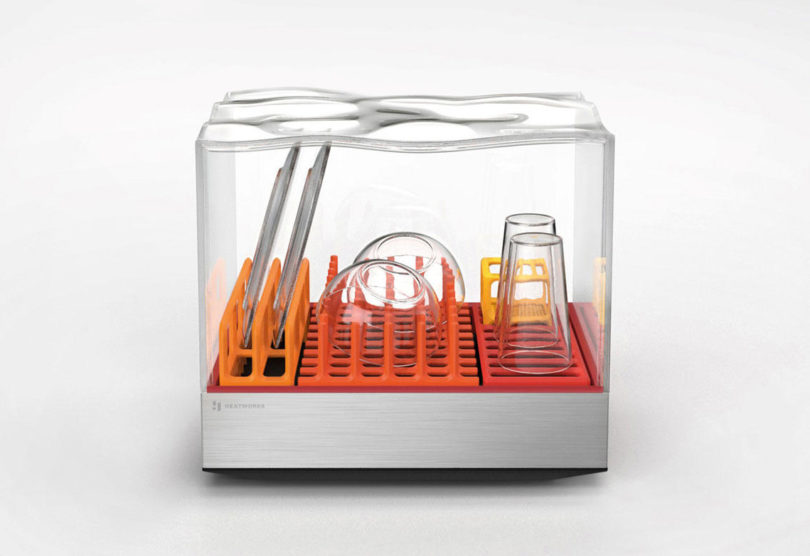 As a household without a dishwasher, the Heatworks Tetra Wi-Fi Connected Countertop Dishwasher has been on our radar since its reveal at last year’s CES. The Heatworks team returning with a working prototype, demoing its efficient wash cycle, earning a CES 2019 Best Of Innovation Award Honoree in the Home Appliances product category. Apparently, Ye was drawn to the design too, with pre-orders being accepted early 2019 in the realm of $300.