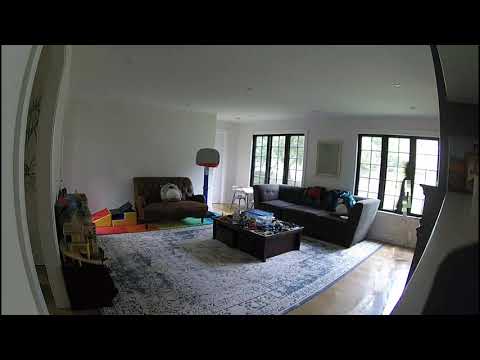 Whatever you were expecting, this is not it. It’s even more surprising. Watch the video before you continue reading. Yeah, it’s a glitch, one that hatsuseno explained.

If I had to wager a guess, it’s a software encoder with a bug where a b-frame is stuck in a buffer somewhere, the differential is still calculated from an updated one, but the ‘stuck’ b-frame is getting pushed into the stream. Interesting defect, implies inefficient code too.

And then MagusVulpes translated that into English.

Camera takes two pictures, prepares one while showing the other. The prepared picture is stuck and not taking a new picture, while the shown picture tries to do what it’s supposed to.

So, when the camera switches from picture 1 to picture 2, picture 2 forces the background onto the image picture 1 it’s trying to show. Kinda like an unintended green screen effect.

The homeowner, oxygn, said that the glitch righted itself when he turned the system off and on again. -via reddit