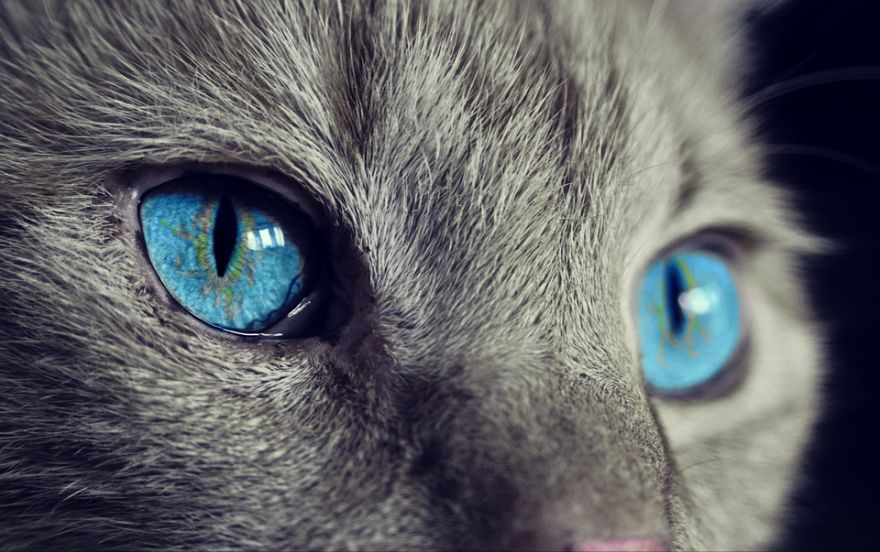 Humans and primates share a lot in common when it comes to genome organization. It is said that humans and chimps share 98.8 percent of their DNA. But aside from primates, which animal comes closest to humans in terms of genome organization? You might be surprised that one of the closest would be cats. Not dogs. Not mice. Cats.

Dogs and mice, by contrast, have chromosomes that have been reshuffled over their respective evolutionary histories, making them more complicated to use as genetic analogues for our species.

Cats’ genomic similarity makes them more straightforward models for studying human diseases. It could also [help] scientists understand the genetic dark matter of our genomes—that is, non-coding DNA that doesn’t provide instructions for making proteins yet still comprises some 95 percent of the human genome.

Despite this similarity in genome organization, cat genetics specialist Leslie Lyons remarks that “cats are often underappreciated by the scientific community.”

“As we discover that perhaps animals have more similar spacing between genes and the genes are in the same order, maybe that will help us to decipher what’s going on with humans,” Lyons says in a statement. “Working with a primate is on the expensive side, but a cat’s affordability and docile nature make them one of the most feasible animals to work with to understand the human genome.”

In light of this,…

Lyons and her collaborators have… published the most detailed cat genome ever sequenced, reports James Gorman for the New York Times. This new genome is even more detailed than the most exhaustively sequenced dog genome.