Planning a trip somewhere without doing some research about where you’re going is not only irresponsible, but also very dangerous, for many reasons.

A Hawaiʻi native has come out with a video explaining how the latter aforementioned extreme happened and gave a fair warning to anyone visiting Hawaiʻi that if you’re not willing to show even the slightest bit of respect to the place you’re visiting, then you’re not welcome there. 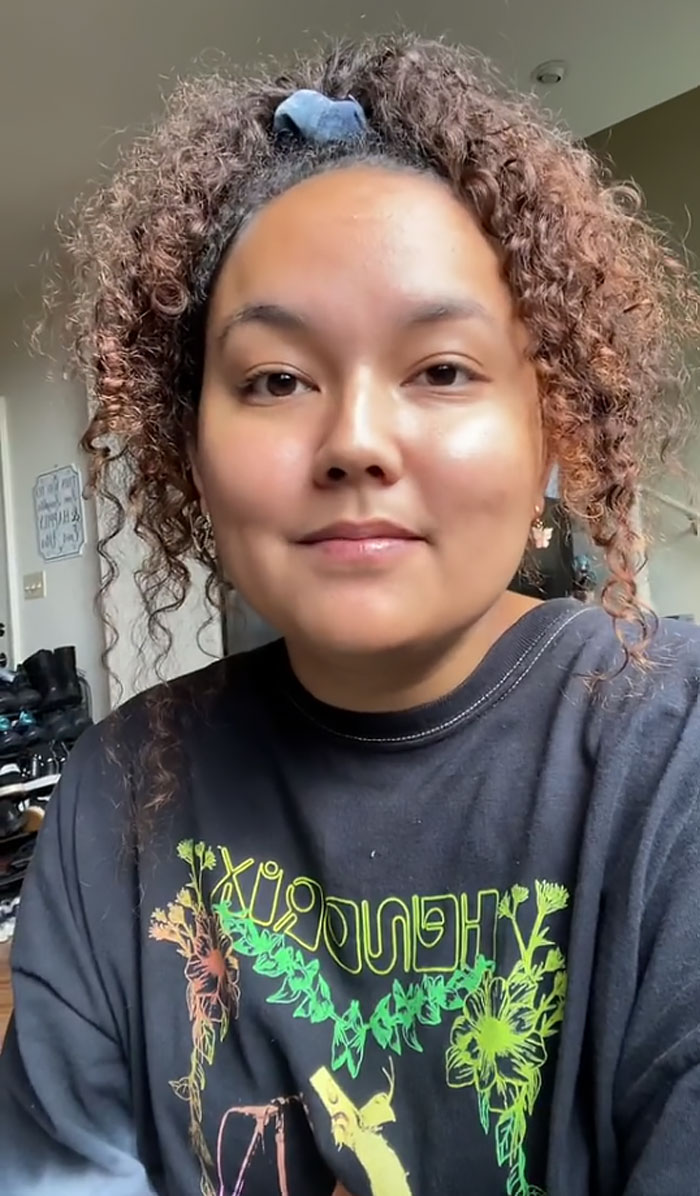 So, a bit of context: back in July of last year, a couple from Louisiana was fined for getting near and even touching a Hawaiʻi monk seal on a beach in Kauai. While the fine was $500, which was still enough to ruin their honeymoon, the law states that such an offense might entail up to 5 years in prison and an up to $50,000 fine.

This in turn prompted Hawaiʻi native Lily Hiʻilani Okimura, with whom Bored Panda got in touch for an interview, to create a video detailing the issue and why this is one of the main reasons why tourists are not welcome in the tropical archipelago. But let’s rewind a bit.

So, back in July of 2021, a Louisiana couple were fined for effectively harassing a monk seal in Hawaiʻi 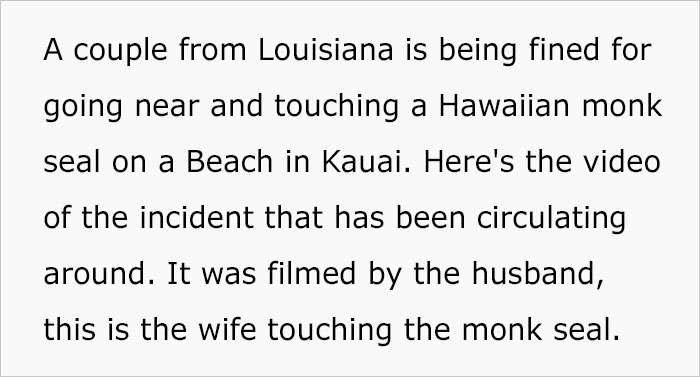 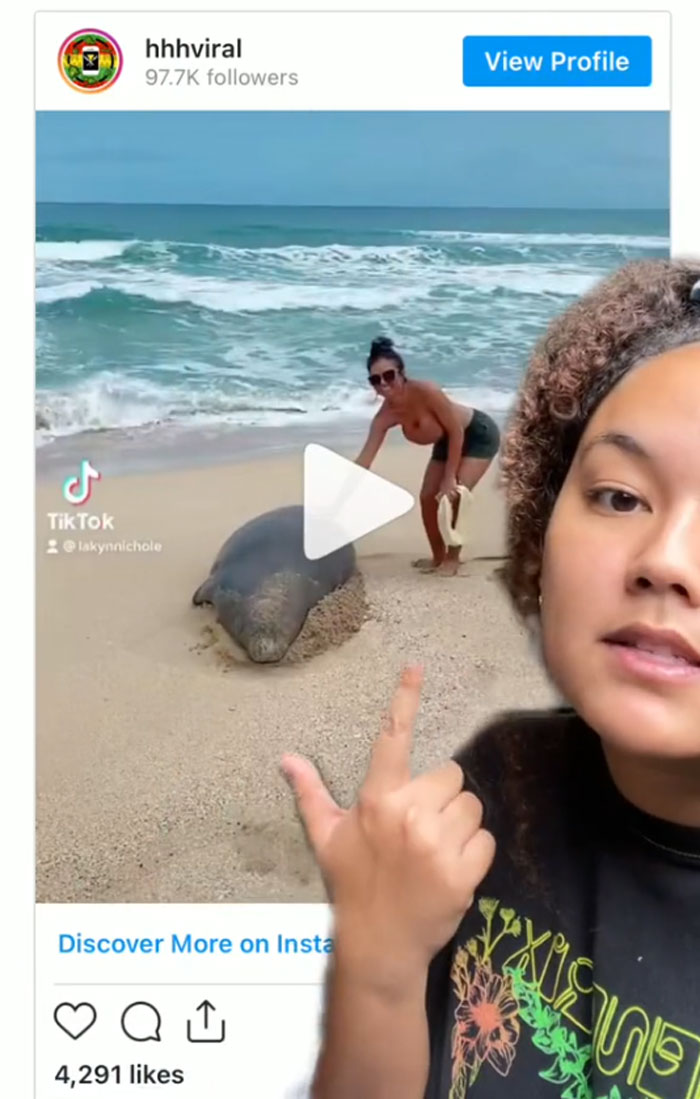 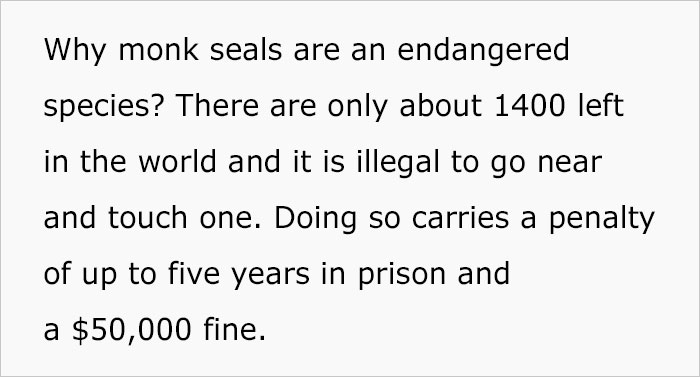 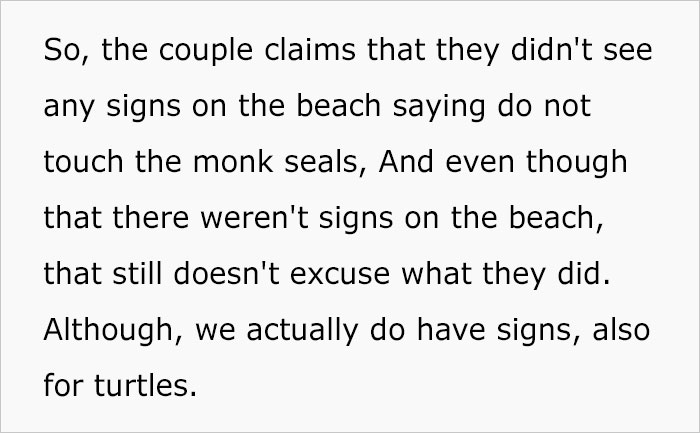 It is estimated that there are nearly 1,600 Hawai’ian monk seals out there, and the species has been officially deemed endangered since 1976. Hence the laws protecting the seals against people’s reckless curiosity.

Despite the laws, the signs, and, in some cases, the natives themselves asking people to not harass the Hawaiʻi wildlife, people still do, leading to a “that’s why we can’t have nice things” situation and natives effectively asking tourists to not come any more.

The couple claimed they didn’t see any signs on the matter, but they’re there, they’re big, and it is by no means an excuse to approach exotic wildlife 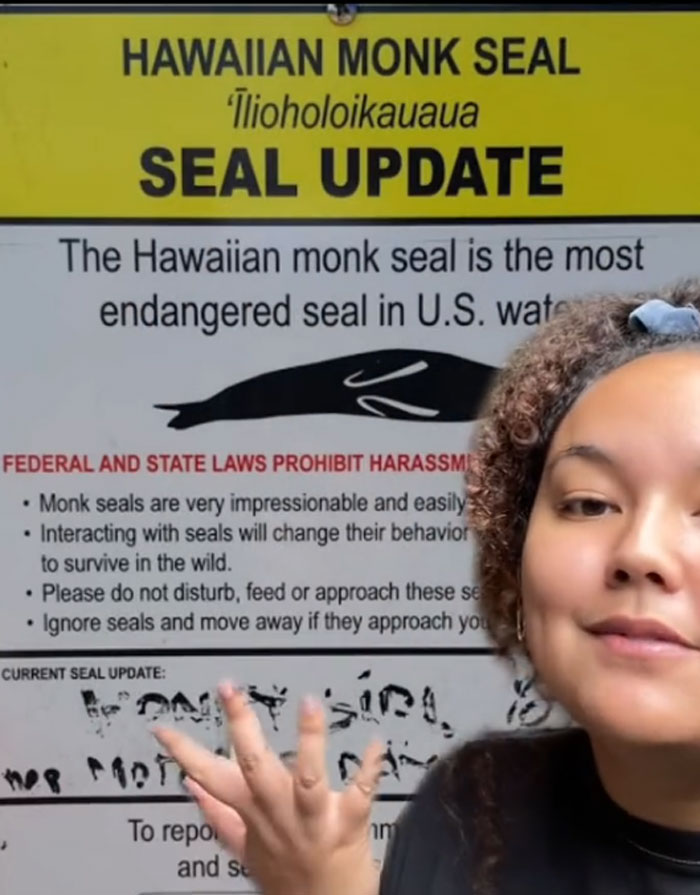 There’s one for green sea turtles as well 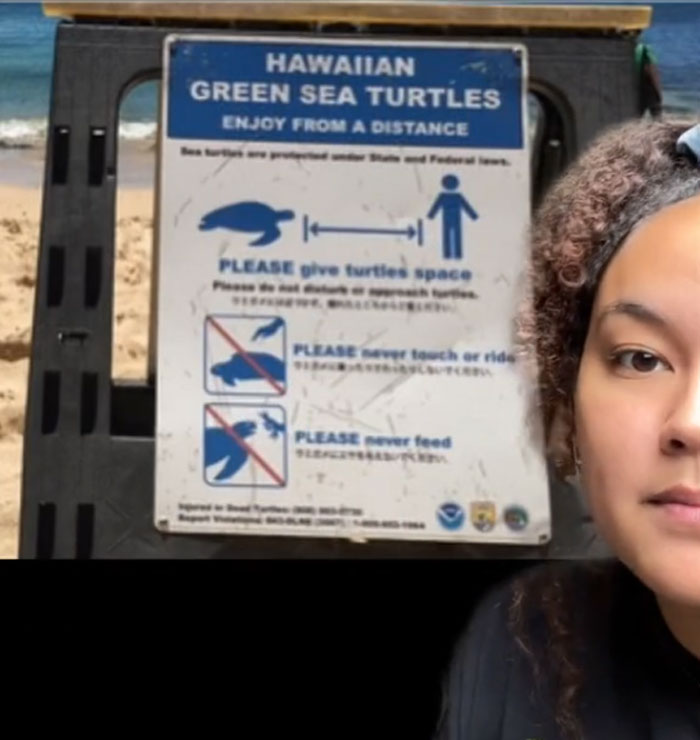 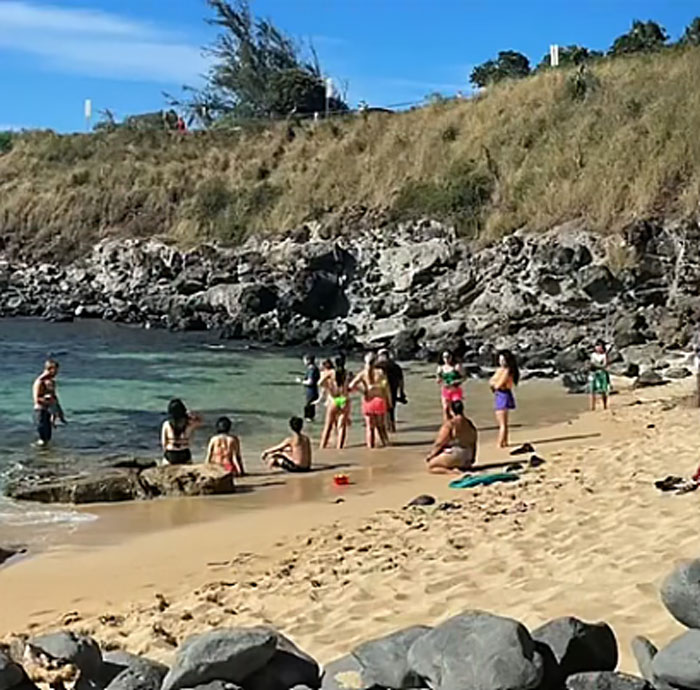 But the issue is much deeper than this, as Lily explained: “Our tourism industry produces a false version of Hawaiʻi, along with not properly educating visitors about what to do and not do when coming here. Our state government also takes lenience on the negative impacts of tourism.”

“Tourists have gotten fined before for harassing the animals. For example, the woman in my video was fined $500, which is significantly low. Harassing a monk seal can lead up to 5 years in prison and a $50,000 fine. Of course, there should also be personal responsibility to this, but our tourism industry should also do better to inform visitors about coming here with respect.”

In her video, she also elaborated by saying that the tourism industry in Hawaiʻi convinces visitors that they are “royalty,” that they can do whatever the heck they want, all the while the Kānaka Maoli, or Native Hawaiʻians, should just not do anything about it and stay silent. 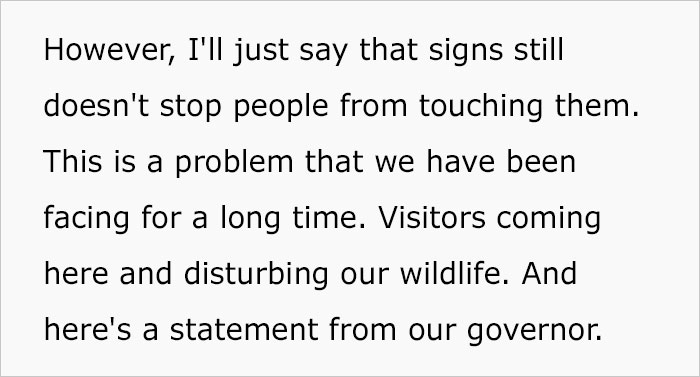 But this isn’t the first time this has happened—in fact, it happens too often at this point 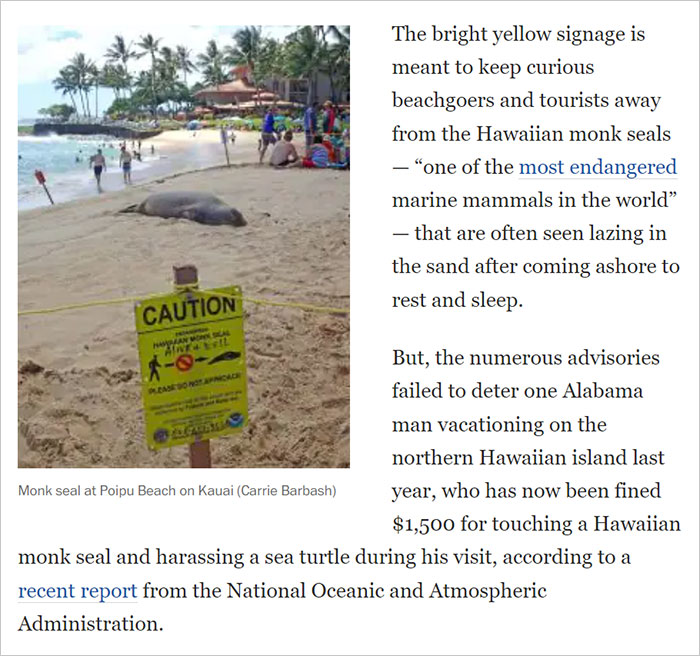 What is worse is that, once the story came out, there was a group of people outraged by this, but not in support of animal rights or the Hawaiʻi people, but outraged because they shouldn’t know the laws and that the natives should teach them.

The natives are fiercely protective of their home, and seeing folks time and time again coming and destroying homes, harassing the wildlife, and the people is, if anything, tiresome, so it should come as no surprise why natives are asking folks to stop coming to Hawaiʻi if they have no intentions of being respectful.

“I think there’s a lot to learn and understand about Hawaiʻi. I would say I wish people would understand that we love our home. We protect it fiercely, and we always welcome people who come with respect to learn about our culture and admire the beauties of our ʻāina (land),” explained Lily. 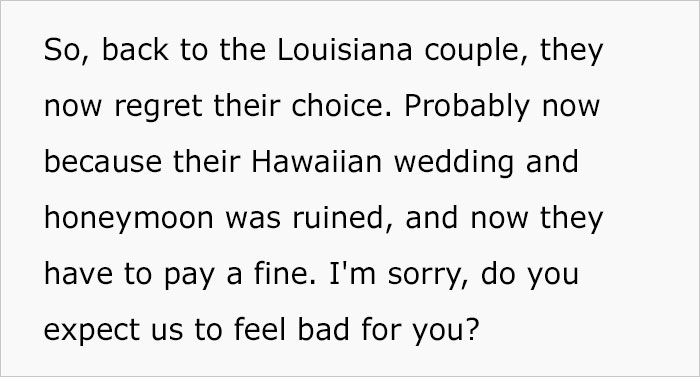 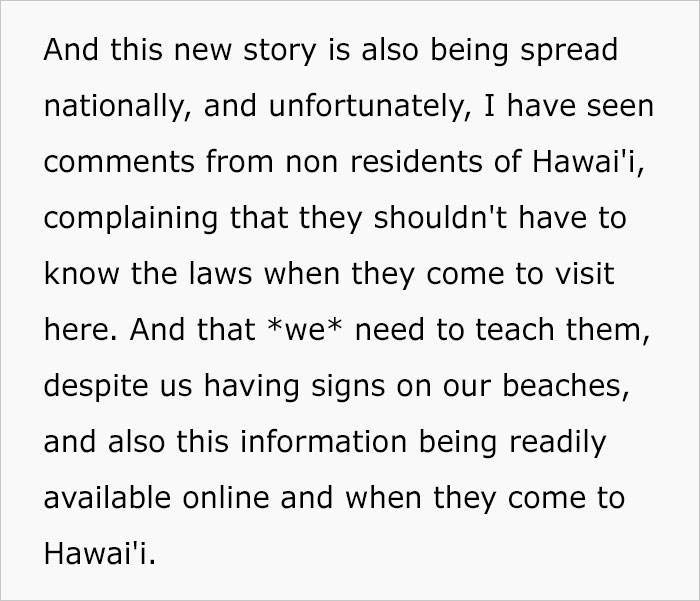 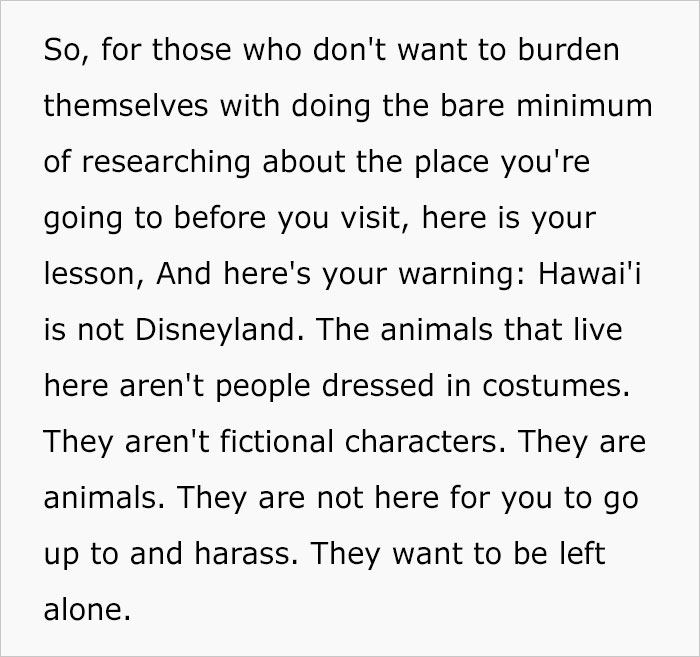 And speaking of respect, there are some things that you, as visitors to the land, could do to minimize your negative footprint in Hawaiʻi and those are [1] to choose local (support businesses and stay at AirBnBs or hotels actually owned by Native Hawaiʻi folk); [2] don’t overstay your welcome at tourist traps and experience Hawaiʻi culture by learning ōlelo Hawai’i—the Hawaiian language—or learn hula by seeking classes from a Kumu Hula—a hula teacher; and [3] last, but not least, do not disturb the nature—pick up after yourself, do not bother the wildlife, and treat the land with respect. All of this is because the tourism industry doesn’t really directly benefit, and in fact, exploits the Hawaiʻi people and its land.

While Lily believes that there is still hope with this issue, especially given that Kānaka Maoli scholars, educators and activists are hard at work on these matters, she can’t say that these incidents are one-offs. And considering that Hawaiʻi has one of the highest numbers of endangered species in the world, education is key.

And the root of all evil is the tourism industry in Hawaiʻi itself, not properly educating its target market and “allowing” tourists to go wild, prompting Lily’s warning 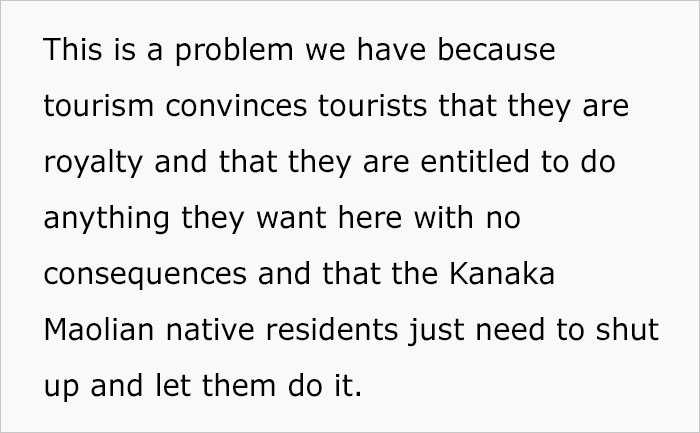 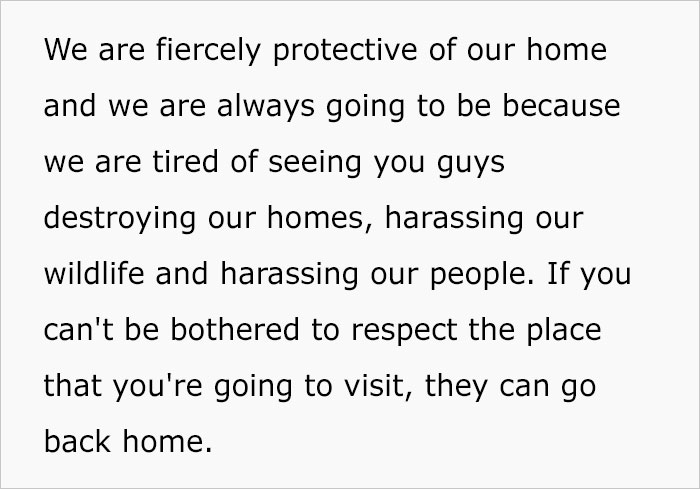 And it’s interesting to note that Hawaiʻi could do quite well for itself even if tourism wasn’t a thing, as Lily explains: “Obviously, there would be a lot less people! But, realistically, we would see some shrinkage in the economy because there are businesses that rely on tourism. Plus, we would still have the military to boost our economy. However, I do believe this would cause our state government to shift focus into being more self-sufficient. Housing would become more available and we could possibly see a decrease in the homelessness. Not to mention, we would see a significant improvement in the environment.”

You can check out the full video below

So, the next time you’re thinking of going to Hawaiʻi for a wedding, a family gathering or anything else of significant importance that can be easily ruined by touching a seal, consider Lily’s concluding warning:

“Hawaiʻi is not Disneyland. The animals that live here aren’t people dressed in costumes. They aren’t fictional characters. They are animals. They are not here for you to go up to and harass. They want to be left alone. […] If you can’t be bothered to respect the place that you’re going to visit, they can go back home.”

You can follow Lily on her TikTok, but before you go, you can also educate yourself more about monk seals here, but now, seriously, before you go, let us know your thoughts and opinions in the comment section below!

The post “Our Tourism Industry Produces A False Version Of Hawaiʻi”: Hawaiʻian Discourages People From Visiting Hawaiʻi If They’re Gonna Be Disrespectful There first appeared on Bored Panda.