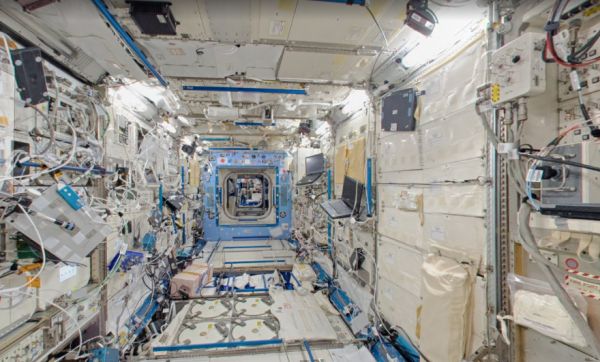 You can now explore the International Space Station in Google Maps, on a Street View level. ESA astronaut Thomas Pesquet spent six months aboard the ISS and took pictures and video during his stay. He tells us about the experience.

Because of the particular constraints of living and working in space, it wasn’t possible to collect Street View using Google’s usual methods. Instead, the Street View team worked with NASA at the Johnson Space Center in Houston, Texas and Marshall Space Flight Center in Huntsville, Alabama to design a gravity-free method of collecting the imagery using DSLR cameras and equipment already on the ISS. Then I collected still photos in space, that were sent down to Earth where they were stitched together to create panoramic 360 degree imagery of the ISS.

Look around the ISS starting here. Keep in mind that this is a working laboratory and residence with months of supplies, so it doesn’t look anything like the starship Enterprise or anything you’ve seen in the movies. And there’s no up or down, so you may need to rotate the image in unexpected ways. There’s also a video that explains more about the project.  -via Metafilter