Reddit user u/Dcwiker05 was doing a good job at a trucking company so his boss decided to award the employee… with more work.

When the Redditor’s department was understaffed, the managers thought they could simply pile up all the load on his shoulders and whenever u/Dcwiker05 tried to communicate that he wasn’t comfortable with working 90 to 110-hour weeks, they would find repeat the same corporate mantra: “Do the job you were hired to do.”

So he did. One day, they clocked in at 7 am and left at 3 pm—the exact time that was agreed upon his hire.

The higher-ups immediately realized that u/Dcwiker05 was irreplaceable to the business. 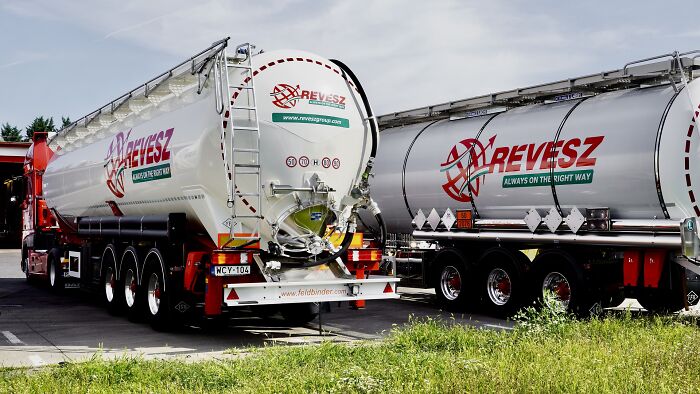 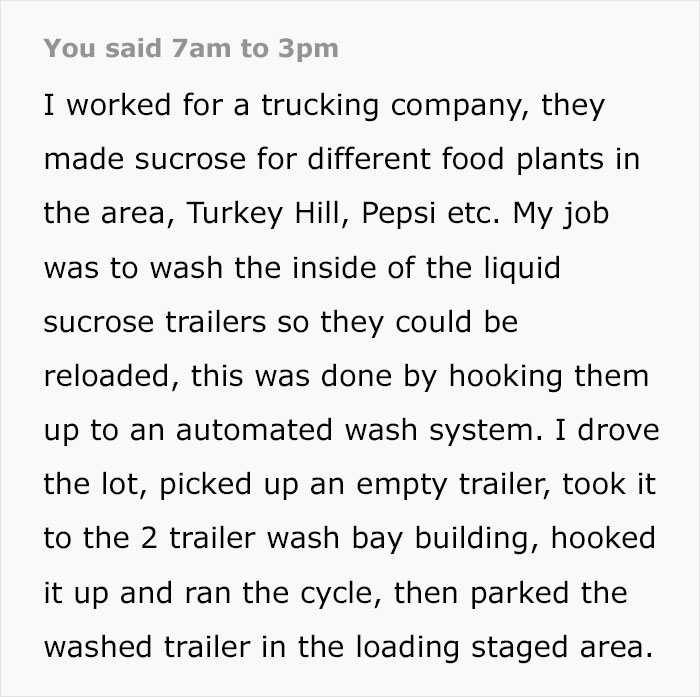 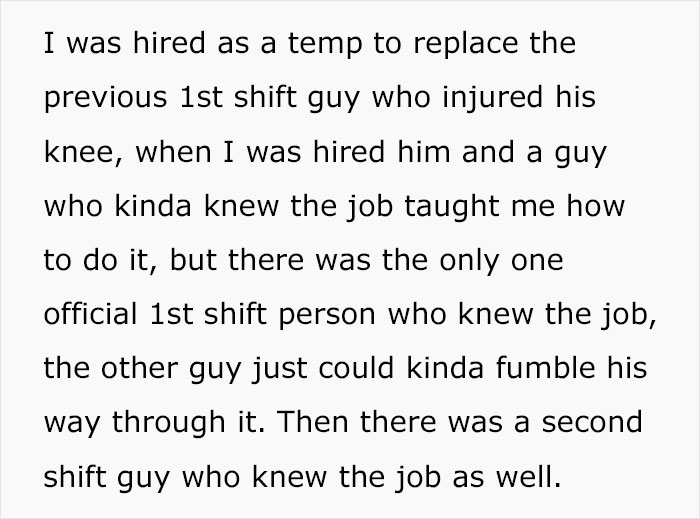 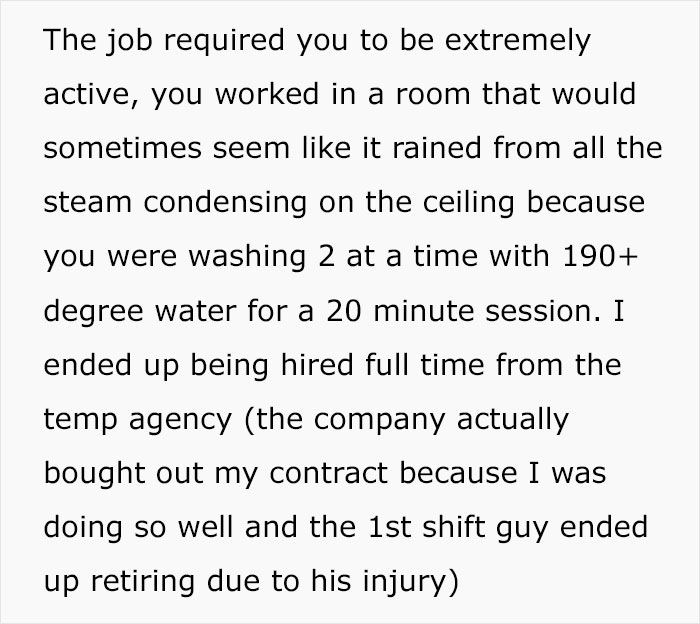 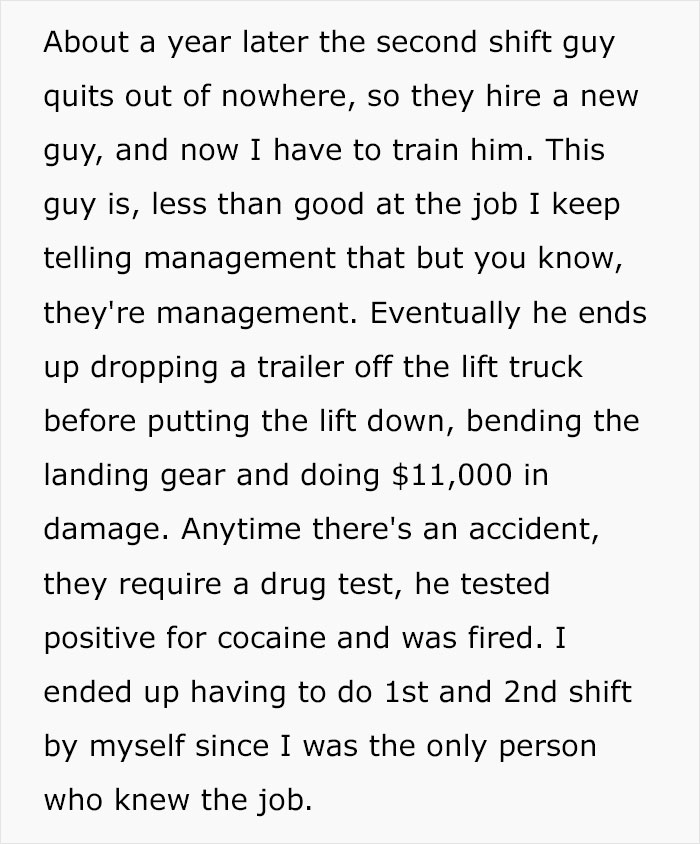 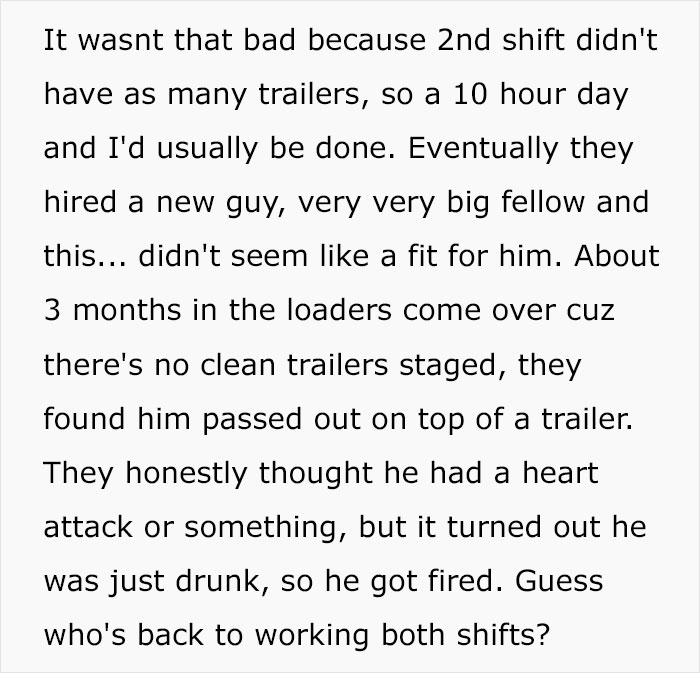 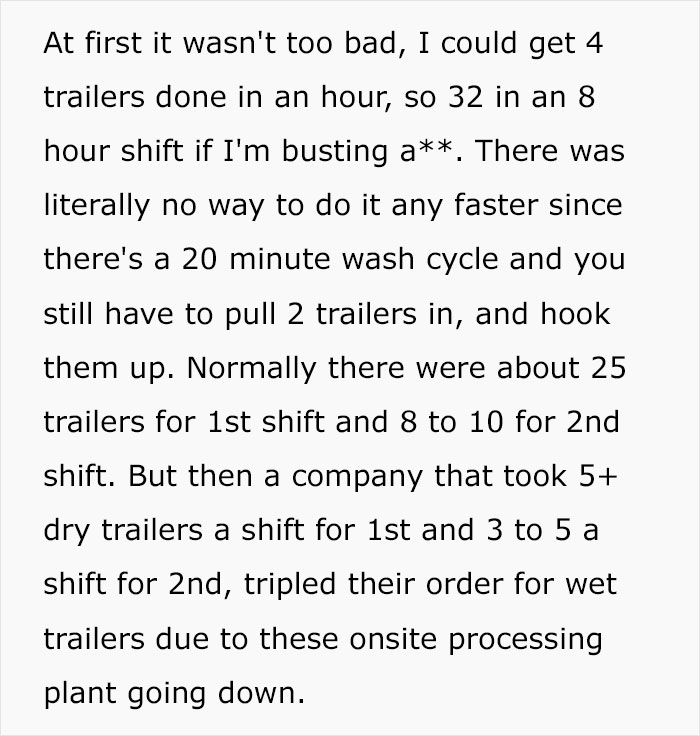 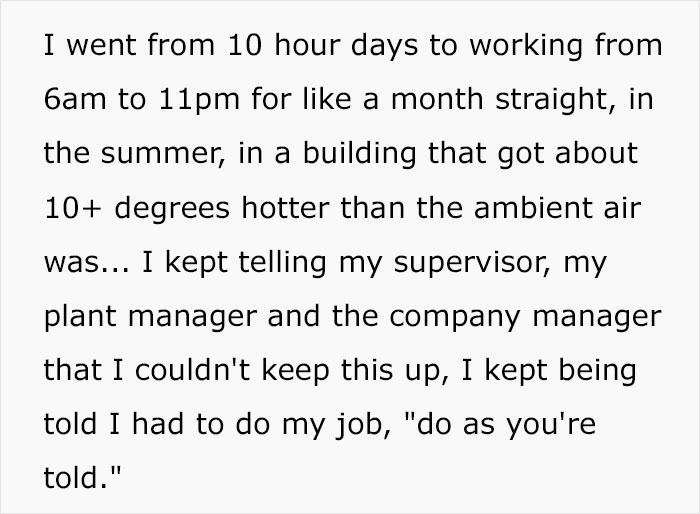 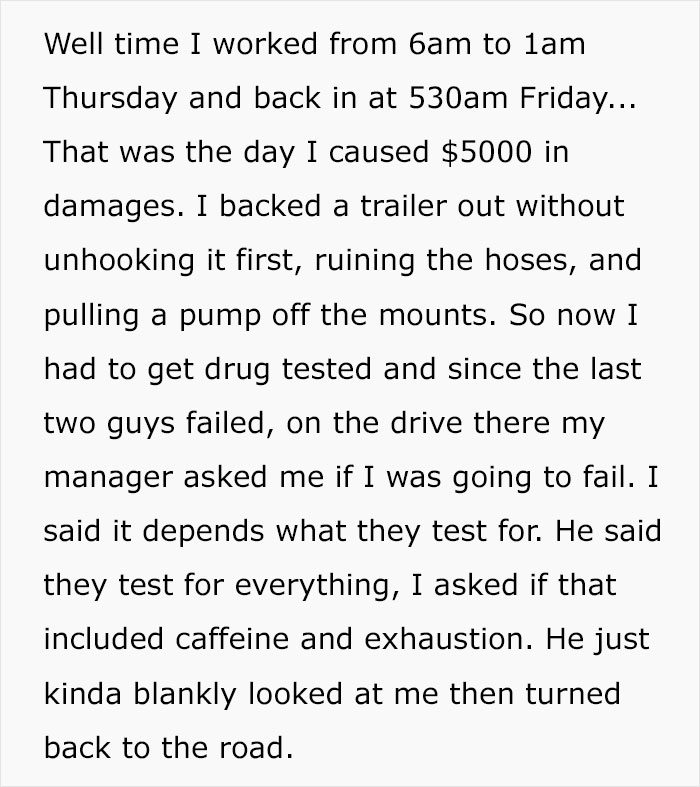 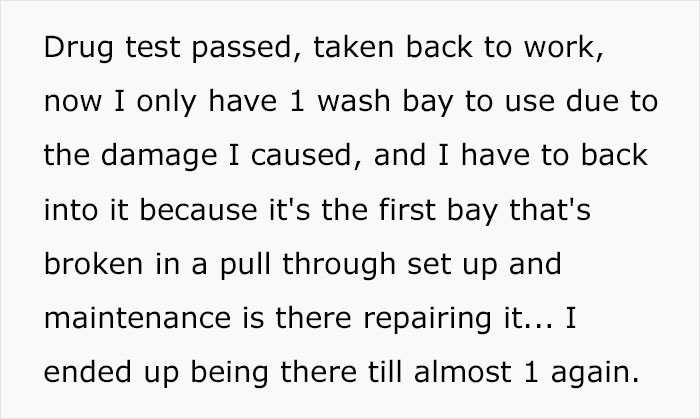 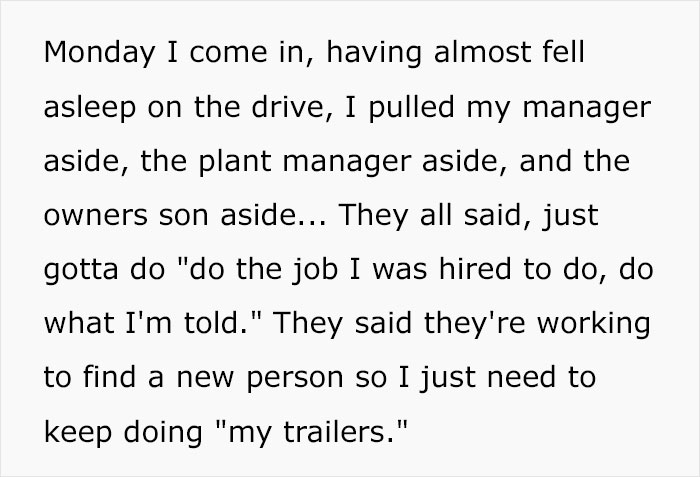 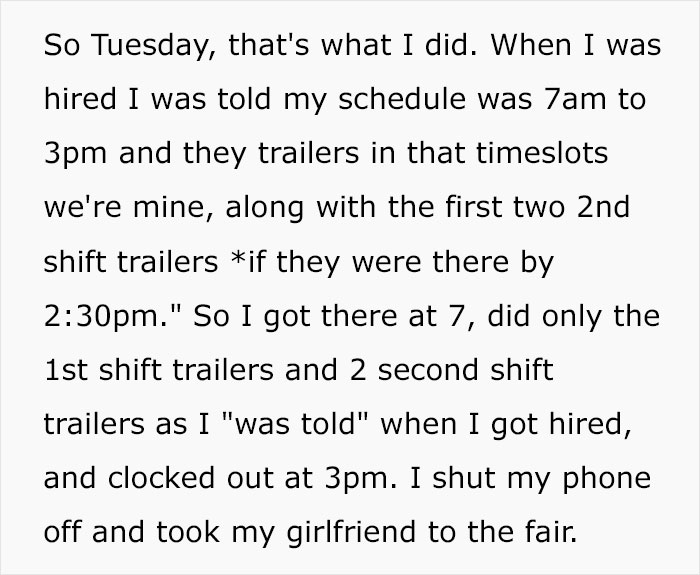 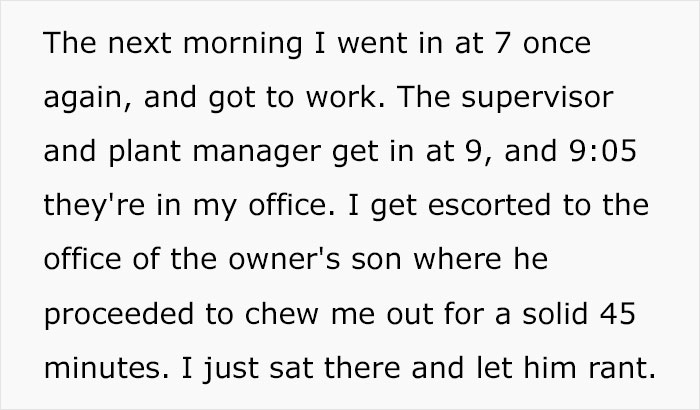 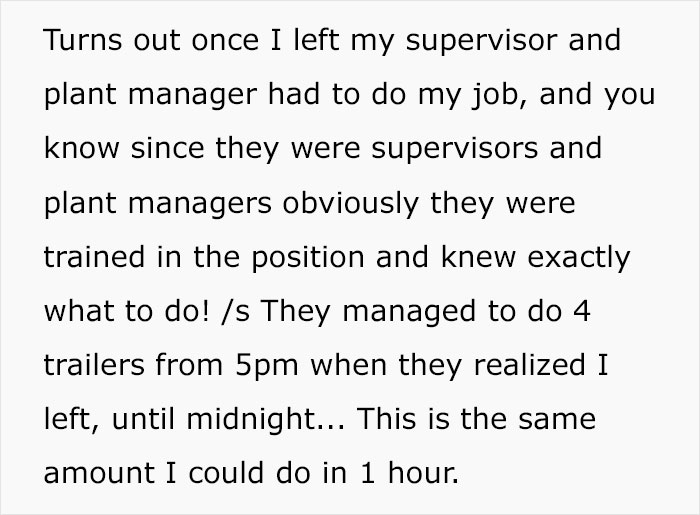 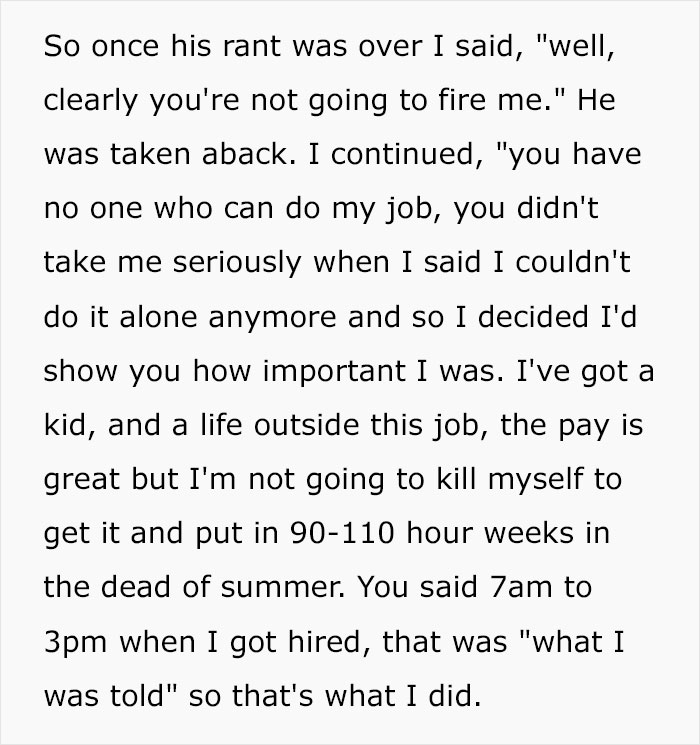 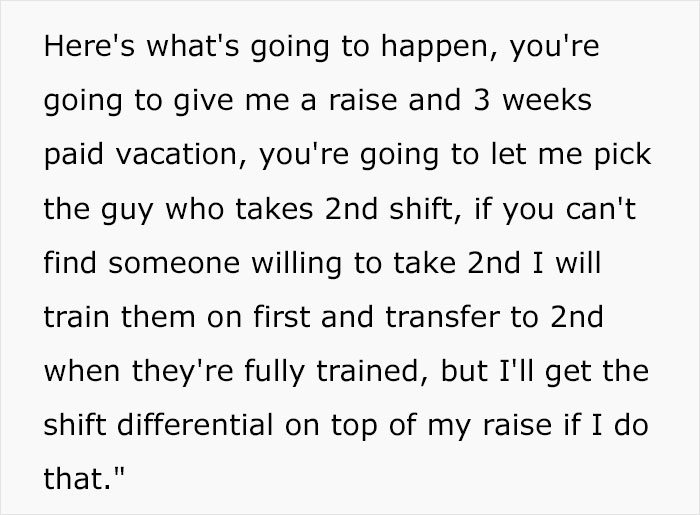 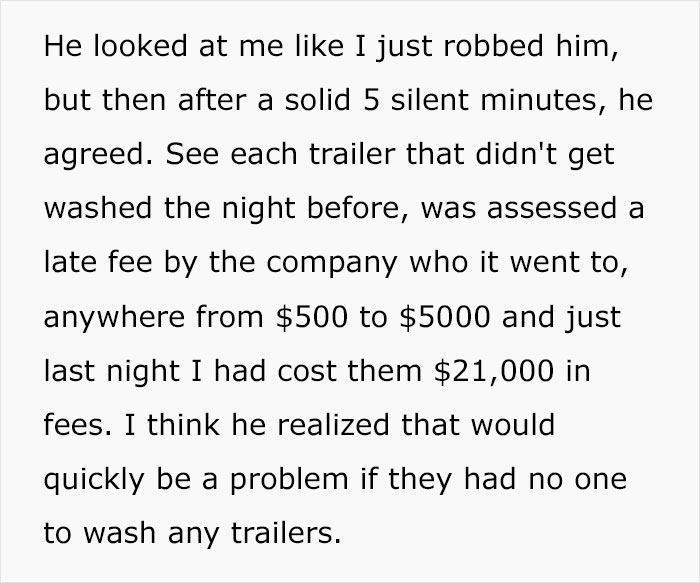 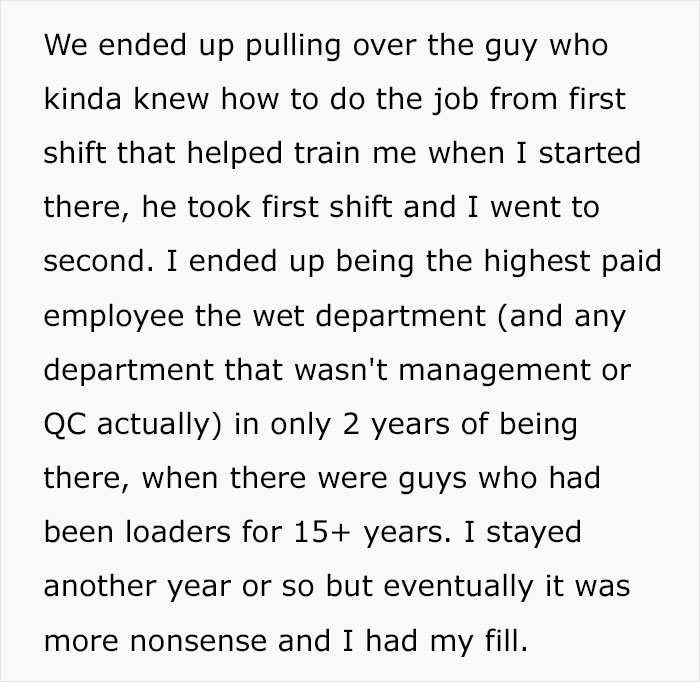 Sadly, this story isn’t a standalone case. The statistics on overwork are grim: A global study from the World Health Organization (WHO) found that in 2016, 488 million people were exposed to long working hours, with more than 745,000 people dying that year from stroke and heart disease as a result of overworking. According to a 2019 report published by People’s Policy Project in collaboration with The Gravel Institute, in one year, the average American works more hours than the average worker in any peer nation. According to the WHO study, overwork is the single largest risk factor for occupational disease and has significant impacts on physical and mental health.

People were glad that everything turned out the way it did 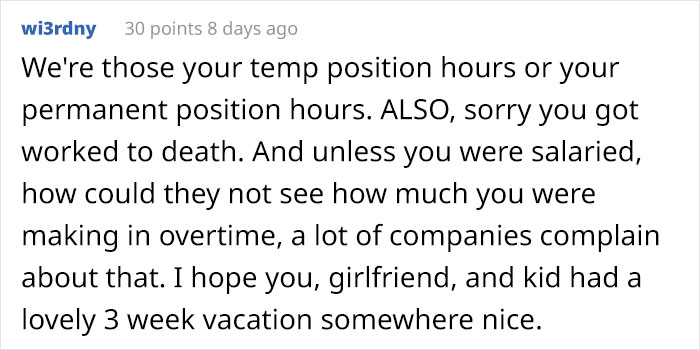 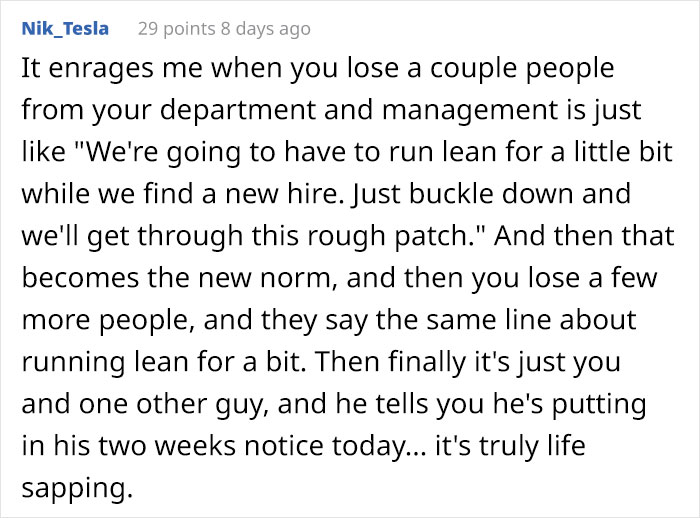 The post Overworked And Irreplaceable Employee Proves How Important He Is By Maliciously Complying first appeared on Bored Panda.