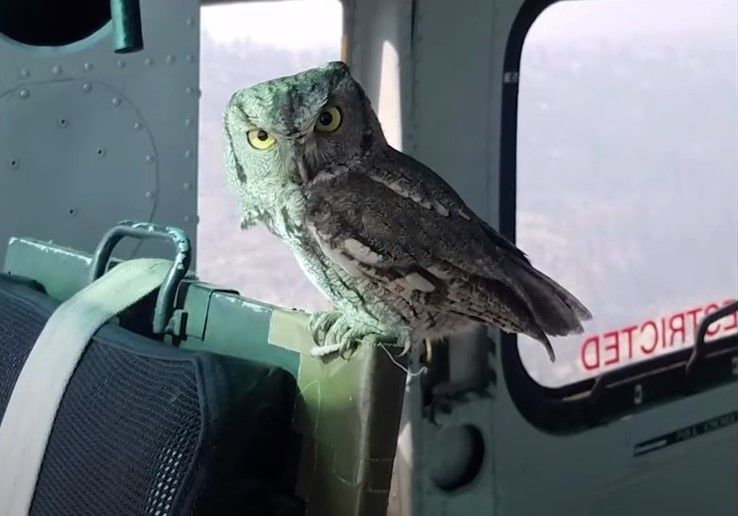 California — As helicopter pilot Dan Alpiner helped conduct water drops over the Creek Fire, he witnessed what he describes as an “unheard of” scene: an owl boarding the chopper mid-flight.

Dan was worried that the owl might fly around the cockpit, a scenario which would put both him and the bird in danger. But that didn’t happen, fortunately. The owl rode the chopper with him calmly for a few minutes, and it flew back out the window the same way it did when it entered the chopper — “safe and announced.”

I wonder what the owl was thinking. What do you think?