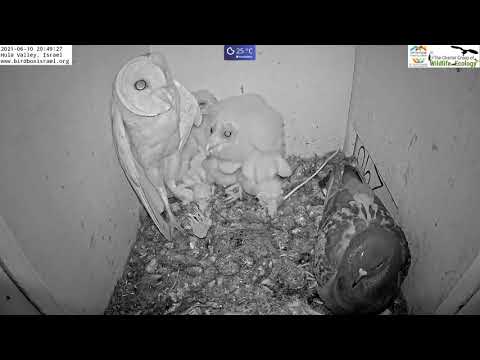 Charter Group Birdcams in Israel gives us a glimpse into barn owl nests as they raise their young. Sometimes there is real drama. See, barn owl parents leave the nest during the day and return at night. In the above video, from June 8, a pigeon enters a nest with seven owlets of various sizes. The pigeon decides to stay, regardless of the other residents. She even lays an egg! But then the parents come home, bringing rodents for the kids, and do not take well to the home intruder.

In a second video, taken June 29, a couple of pigeons invade another owl’s nest with four nestlings, but these are larger owlets who defend their home even before mama gets back. 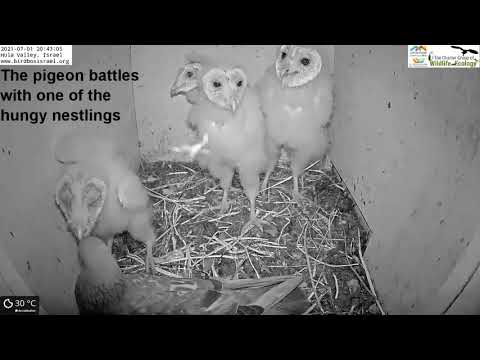 In the third video of this trilogy, recorded on July 5, the pigeons tried setting up shop in an owl’s nest in which the owlets have fledged, but they still consider this box their home. They will defend it. 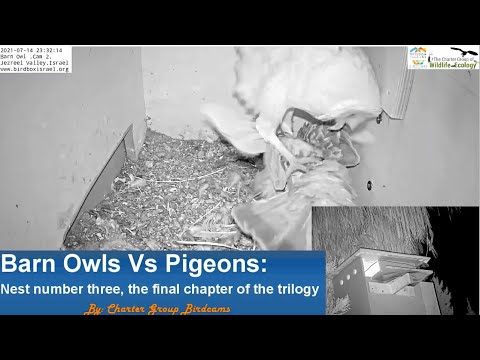 Despite the violence, the pigeons appear to be ultimately successful in this last attempt to take over an owl’s nest, as the owlets are old enough to leave the nest for good. Persistence pays off, but at some cost. -via Nag on the Lake