A new feature-length documentary goes behind the scenes with French artist JR to capture some of his most significant projects to date, including his poignant photographic work of a child peering over the U.S./Mexico border wall and pair of installations at a maximum-security prison in Tehachapi, California. Paper & Glue follows the renowned artist through the evolution of his practice from early graffiti days to his current undertakings—his anamorphic work at Florence’s Palazzo Strozzi earlier this year and his illusory transformation of the Louvre courtyard in 2019 are both evidence of his growth—that are increasingly massive in scope and impact and often shine a light on humanitarian issues.

“The film is the culmination of years of my work and includes an archive of photography and videos that span back to my adolescence. At the time of many of these recordings, I had no intention or awareness they could be used in this way,” JR says. “I hope this film further uplifts the essentiality of art and the potential it holds to reshape even our most ingrained beliefs.“

Paper & Glue is currently in theaters around the U.S. and premieres on December 10 on MSNBC. 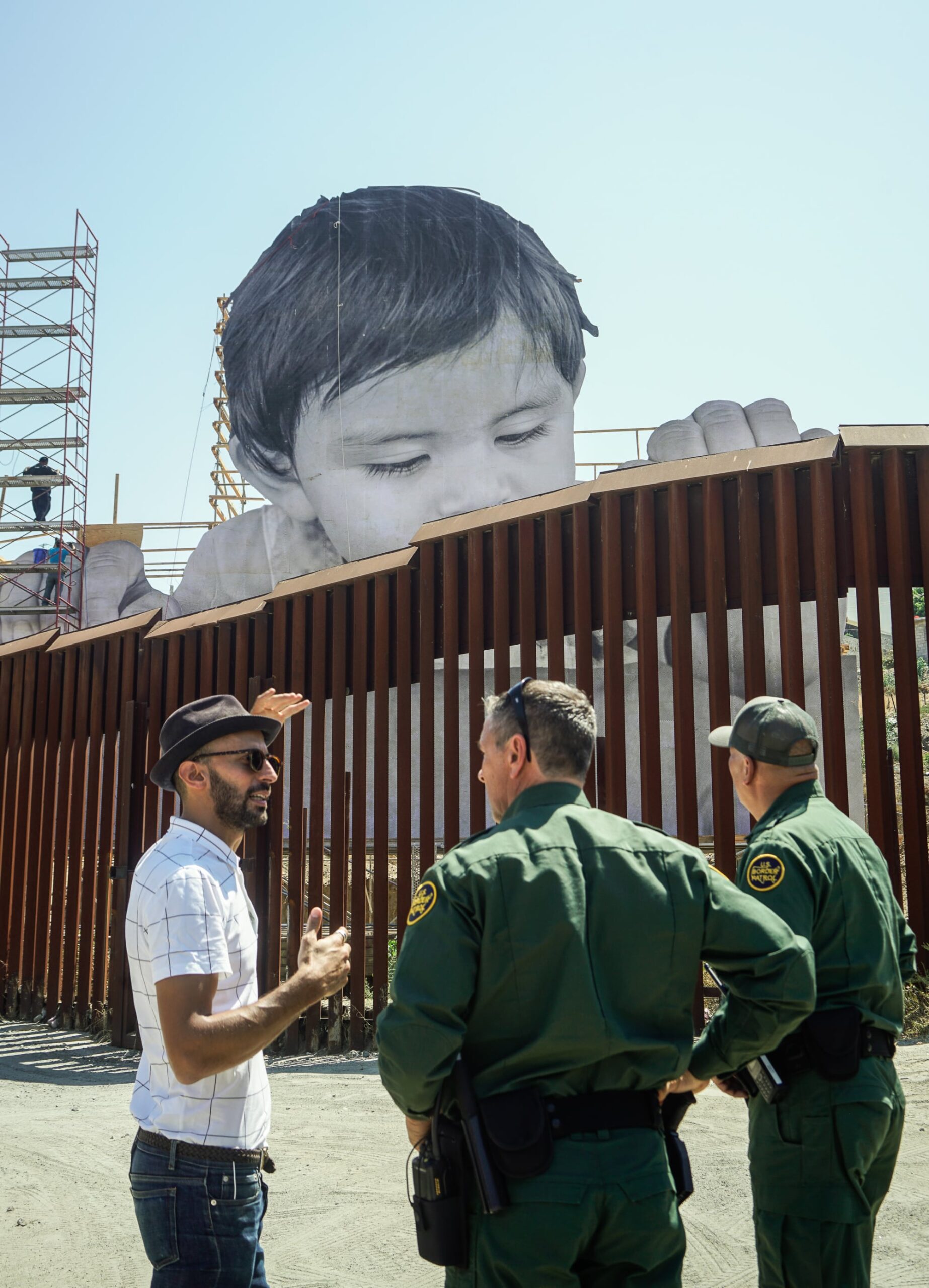