We know that doing somebody a favor won’t always result in you being thanked. If the internet’s taught us one thing, it’s that your good deeds might not be enough and some people will always, always, always find something to criticize you for. No matter how much you sacrifice for them, it’s never enough.

Case in point, a redditor, a parent to seven kids (six of which live at home), turned to the r/entitledparents subreddit to share their story about babysitting their little cousin for their uncle while they were away. The issue? The cousin’s family had recently gone vegan. That wasn’t a problem for the OP, though: they cooked their cousin their vegan meals.

However, things completely blew up after the uncle’s wife realized that the redditor was still cooking meat in their house for everyone else. The family drama was so big, it ended up on Reddit, and the reactions were priceless. Scroll down for the full story in the OP’s own words, and when you’re all done, share your thoughts in the comments, dear Pandas.

Some entitled people can start drama over the smallest things… 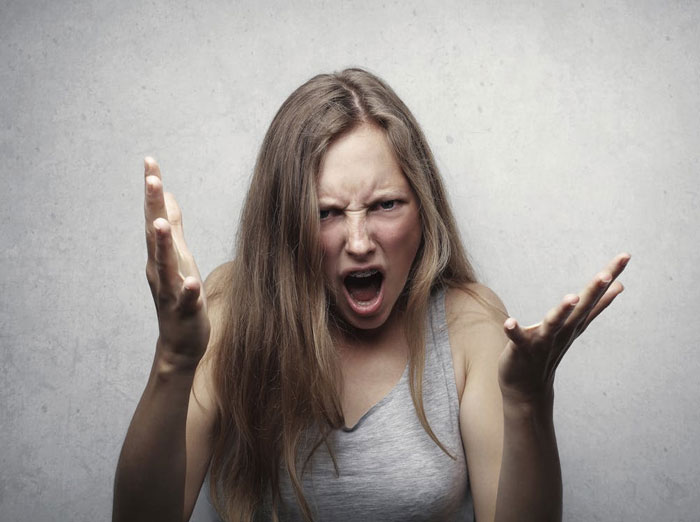 A kind parent agreed to babysit their little cousin for free, but things turned sour after their vegan mom realized that meat wasn’t banned from the house 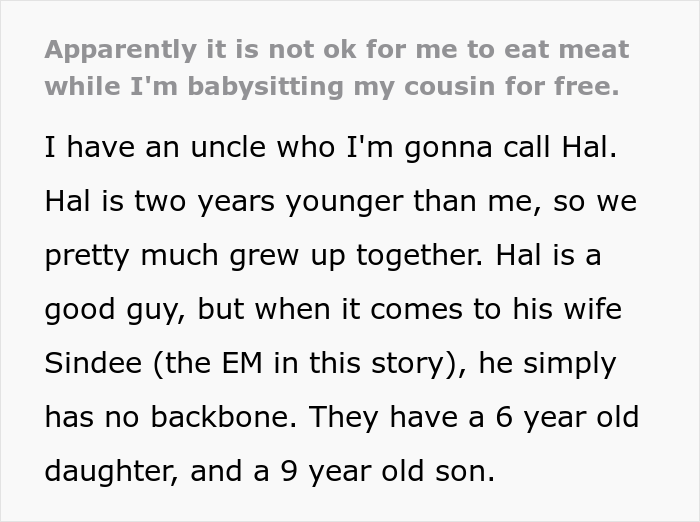 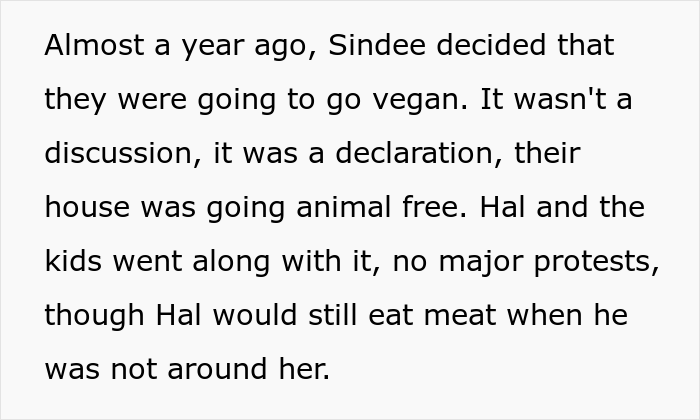 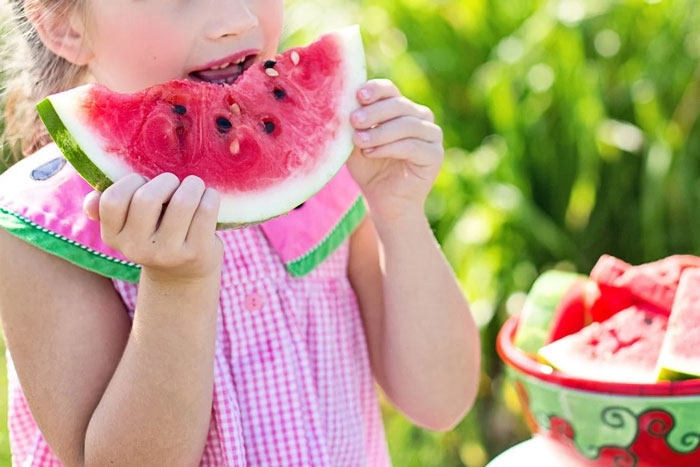 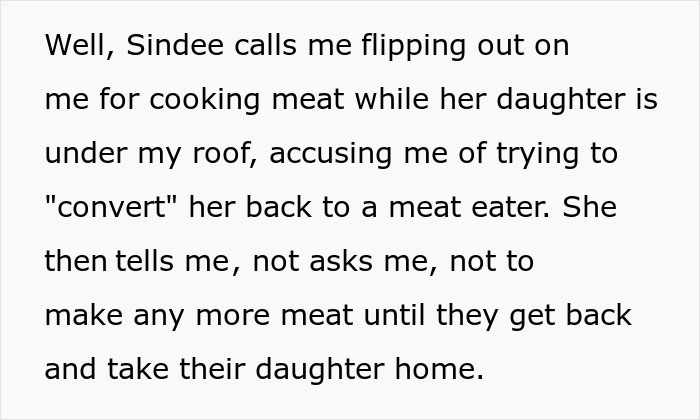 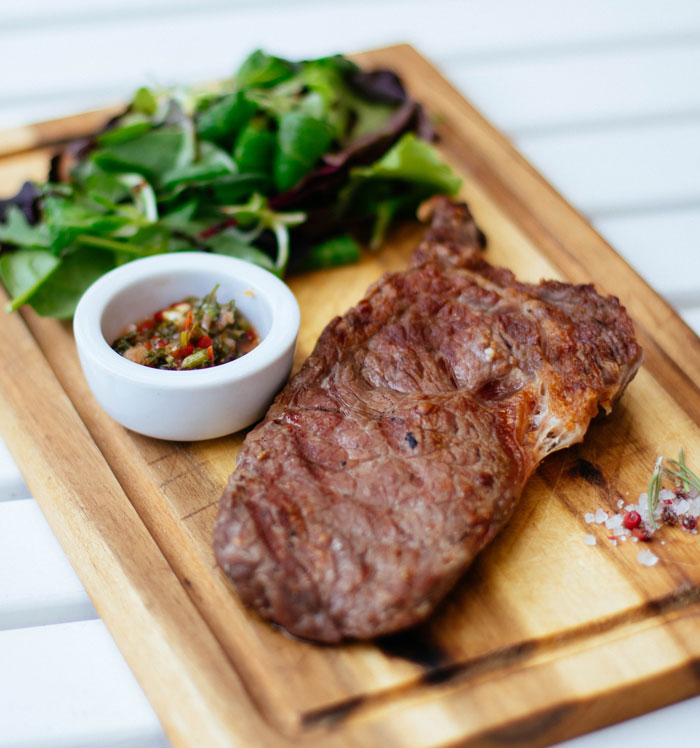 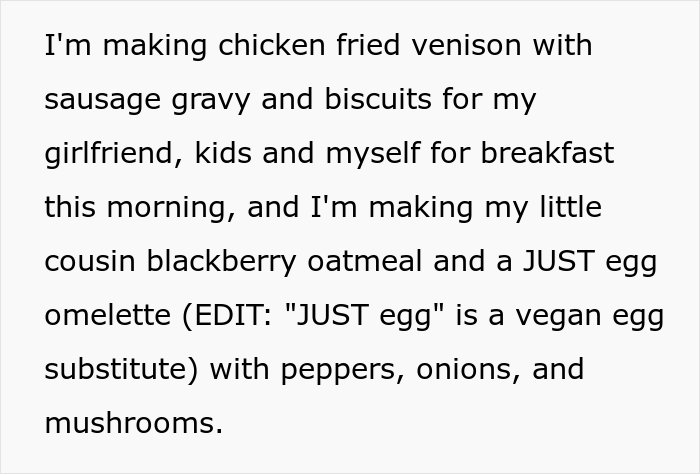 The majority of redditors were united in thinking that the cousin’s mom was acting ridiculous, trying to ban meat in someone else’s home. It sounds just a bit too entitled when you consider the fact that she was trying to control the OP who was doing her a huge favor. You should never look a gift horse in the mouth, otherwise you might indirectly find out what the internet thinks of your actions.

There’s a lot of babysitting drama online. A LOT of it. Just last week, Bored Panda wrote about how some entitled parents pressure their relatives into working as unpaid babysitters… even when they expressly tell them that they’ve got a lot going in their lives.

We spoke to comedy writer and single mom Ariane Sherine, from the UK, to get her perspective about what truly makes a babysitter great, and to hear her thoughts on childhood independence. She shared how parents can thank their babysitters if the latter won’t accept payment or it’s awkward to offer them money.

“If they won’t accept money, or it doesn’t feel right to offer it, how about giving them gifts? My friend John looks after my daughter for me a lot and I gave him an iPhone and Apple Watch as he wouldn’t accept money. He’s an Apple fanboy so it made him happy!” Ariane told Bored Panda.

“My daughter’s 11 now and she wants to go out alone but I’m not happy with that. I know in the next few years she’ll want more independence because she wants it now!” the mom shared her thoughts about her daughter wanting more freedom.

“Kids usually tell you what they want and grumble at you for being overprotective. But I’m always going to be overprotective when it comes to her because she’s my baby,” she said.

“I think the main thing is to focus on the child and give them lots of undivided attention instead of being absentminded and distracted,” Ariane shared her thoughts about what makes for a great babysitter. It’s genuinely caring about the child and giving them the attention that they need. Babysitting is far more than plopping the kid in front of the TV and then doing whatever.

“Lily loves being babysat by John because he’s very funny and makes silly jokes. He’s also totally willing to get involved in whatever she wants to do, whether that’s playing a game or doing a quiz. He doesn’t just sit there on his phone and ignore her!” the mom said. 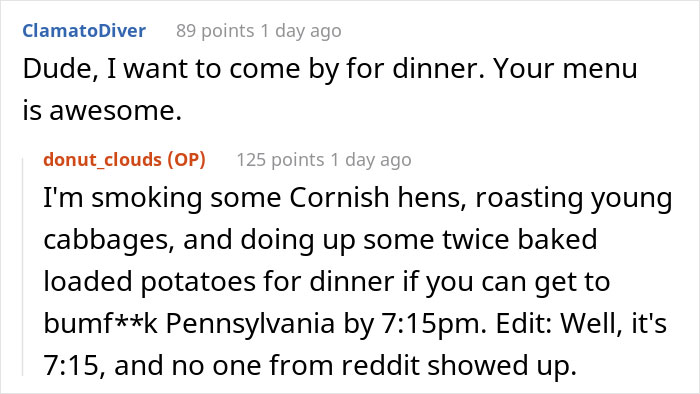 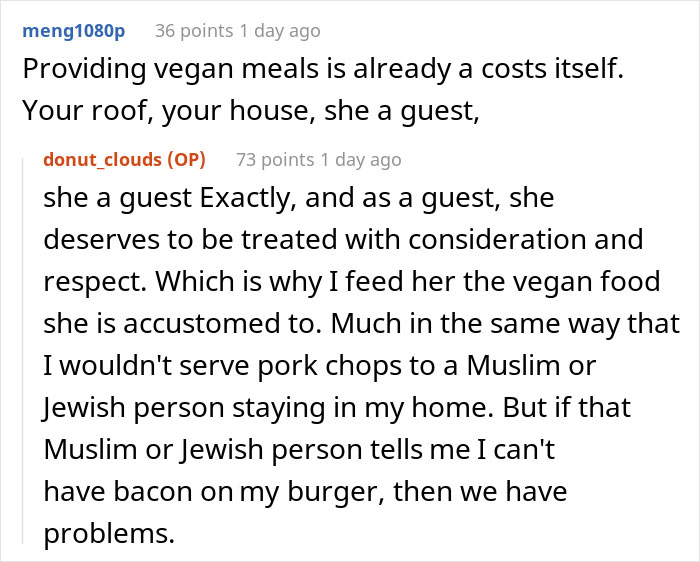 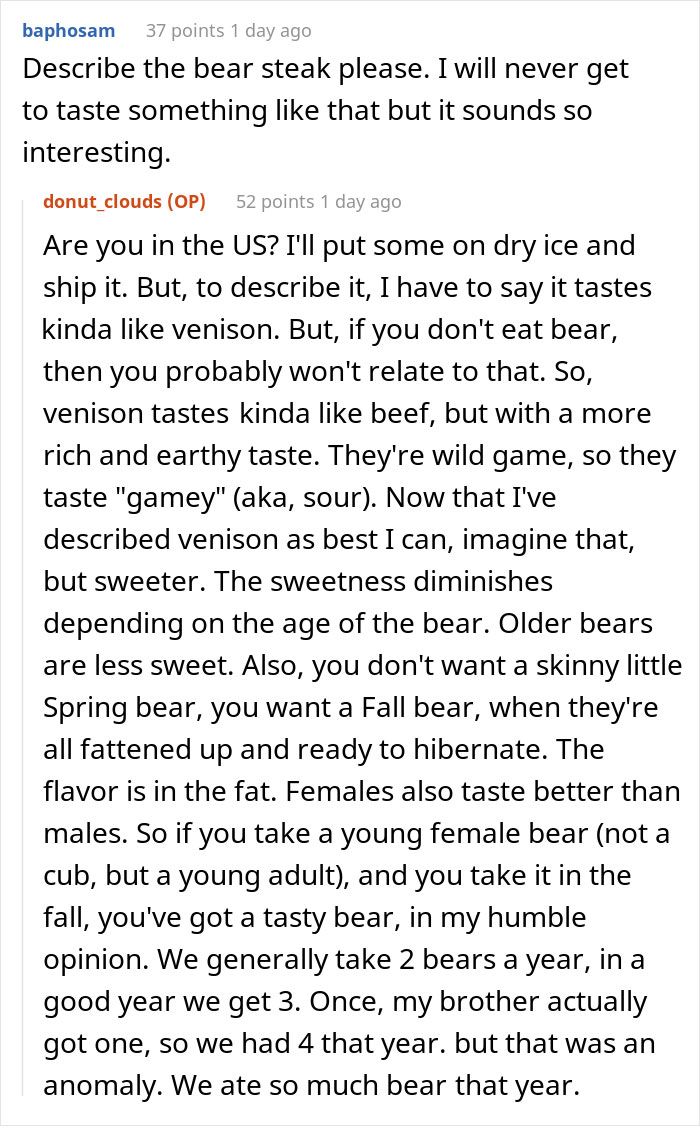 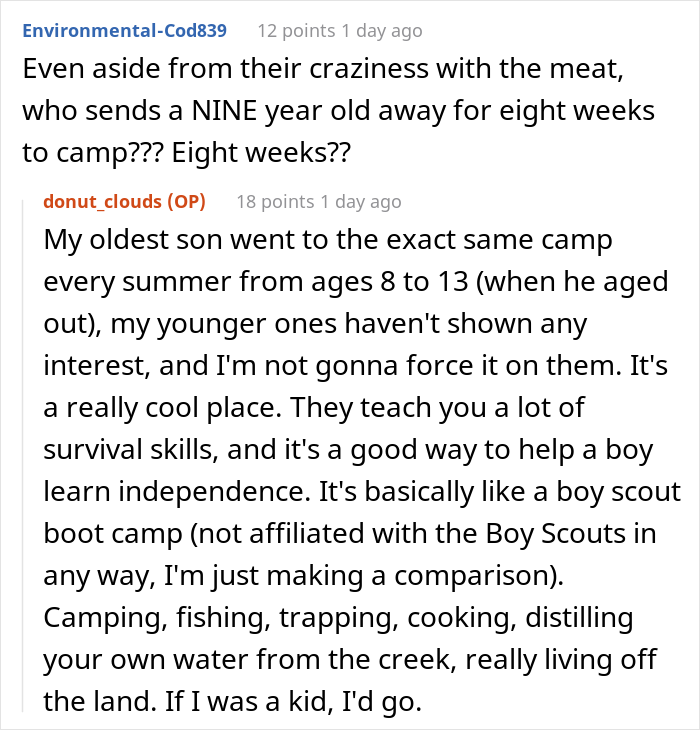 According to childhood independence expert Lenore Skenazy, the founder of the Let Grow nonprofit and the Free-Range Kids movement, a major mistake that some parents make is keeping their kids under constant surveillance.

“One thing many parents are choosing today is to keep their kids under constant surveillance, with the help of tech. Whether it’s being able to track their kids’ movements, read their browsing history, or even scan their texts, parents have all sorts of new tools to make them seemingly omniscient,” she stressed that kids need privacy.

“For the same reason you didn’t want your parents to read your diary, or to build a treehouse on the branch right next to YOUR treehouse, children need some space to grow into their own person. Kids need to know they are loved, but they also need to know they are trusted. They can’t prove that if parents never actually let them do some things literally on their own, without constant surveillance,” she explained that some parents are a bit too overbearing and controlling. Which is why she advises the “talk, don’t stalk” approach when raising kids. This builds a sense of trust between parents and their munchkins.

“Try to keep the lines of communication open with your kids, and gradually give them more freedom as they get older and earn it by being responsible. Taking all independence away for their ‘safety’ is a way to teach them that you don’t think they can handle anything on their own— how deflating!—and that you don’t trust them. Would you appreciate a spouse who tracked your every move? Would you feel trusted? Love requires some trust.

The post Parent Of 7 Agrees To Babysit Little Cousin For Free, Gets Chewed Out By Their Vegan Mom For Cooking Meat At Home first appeared on Bored Panda.