Recently, a 17-year-old young man shared an incident he recently had with his parents in a post on AITA. “I was adopted at the age of 4, my biological mom was best friends with my adoptive mom and she adopted me after my biological mom passed away,” the author who goes by the handle Upbasis5231 wrote.

He then proceeded explaining how all three of his older siblings, who are biological children of his parents, received generous financial support from them.

“My parents covered their college tuition in full and then covered law and medical school for two of them as well (the other sibling didn’t go to grad school). They also gave them a stipend to cover living expenses,” Upbasis5231 wrote in a post.

But when the conversation turned to the author’s future and the help he could expect from them when he goes to college, his parents gave him a cold shower. What followed was a pretty serious family conflict which left the author wondering whether he had crossed the line.

Recently, a 17-year-old boy shared how his adoptive parents refuse to help him with college tuition although they were financially very generous with their biological children 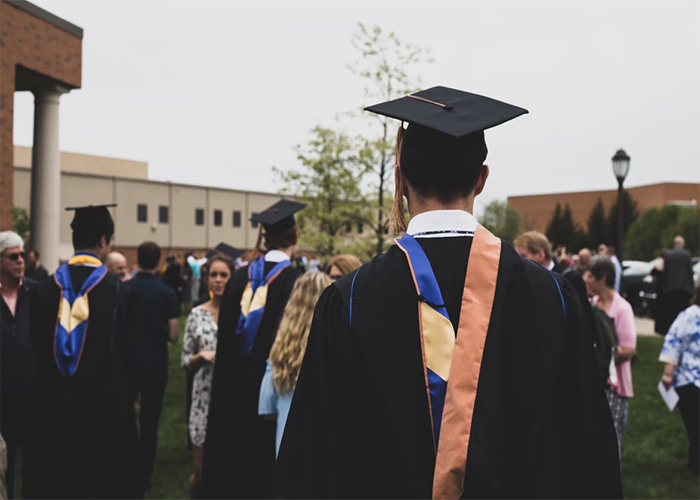 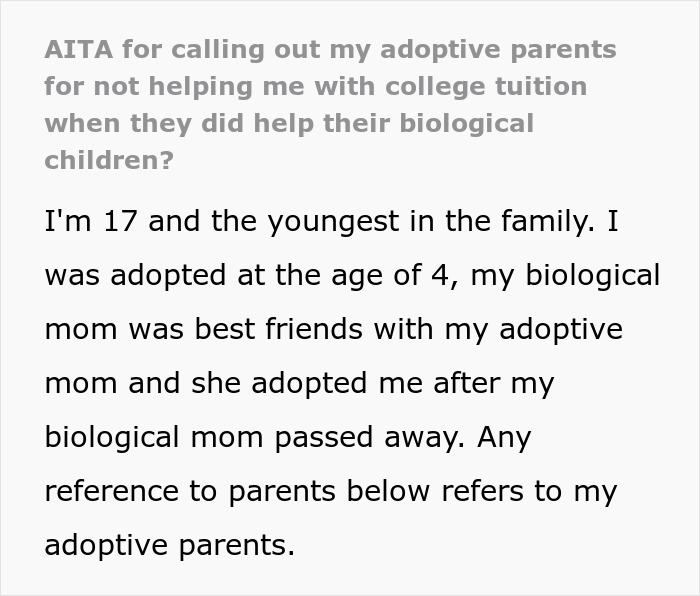 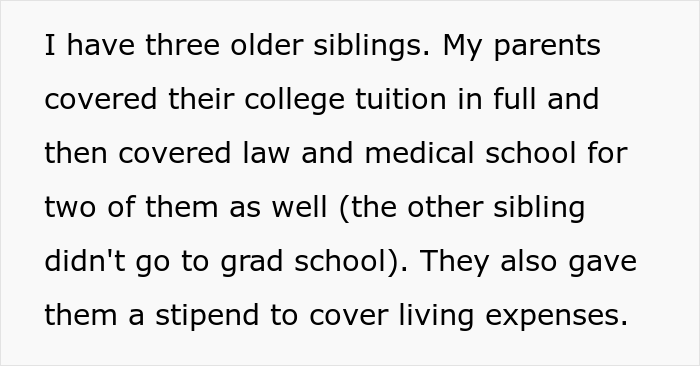 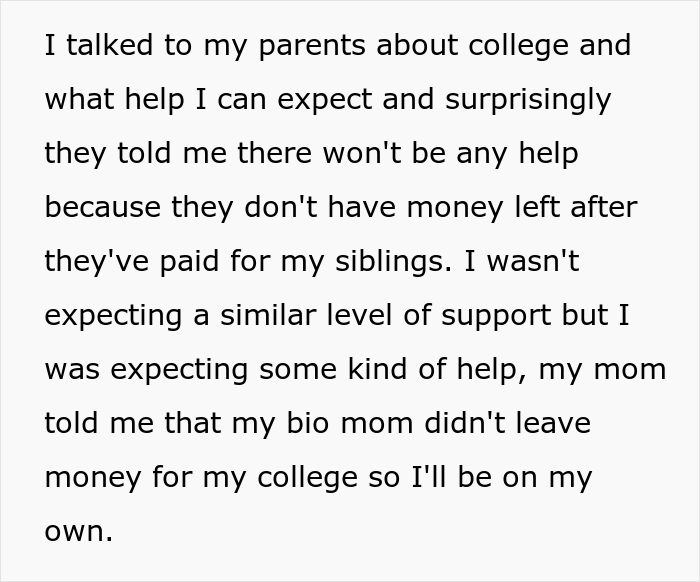 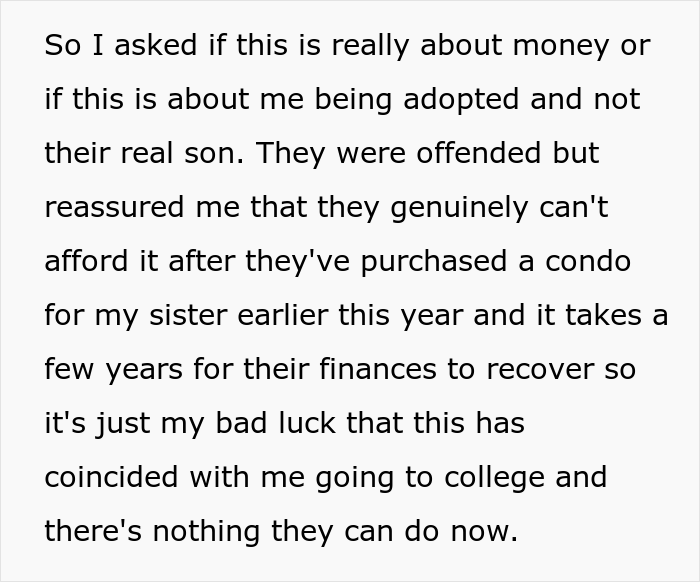 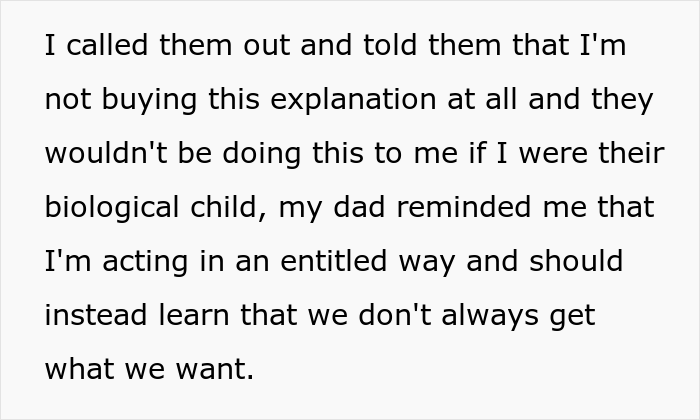 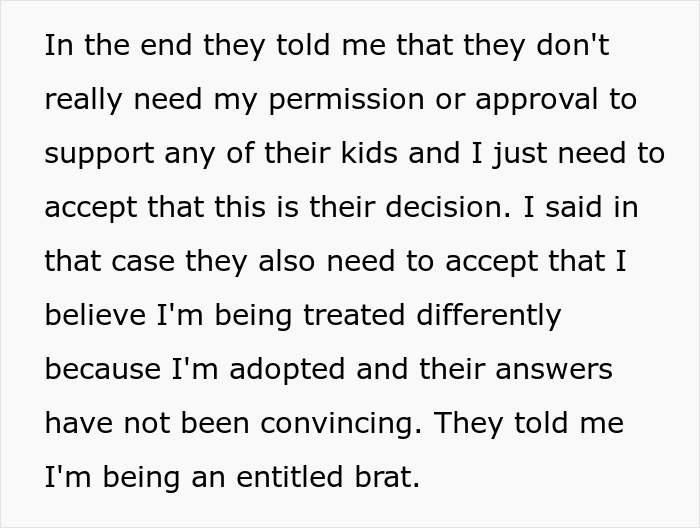 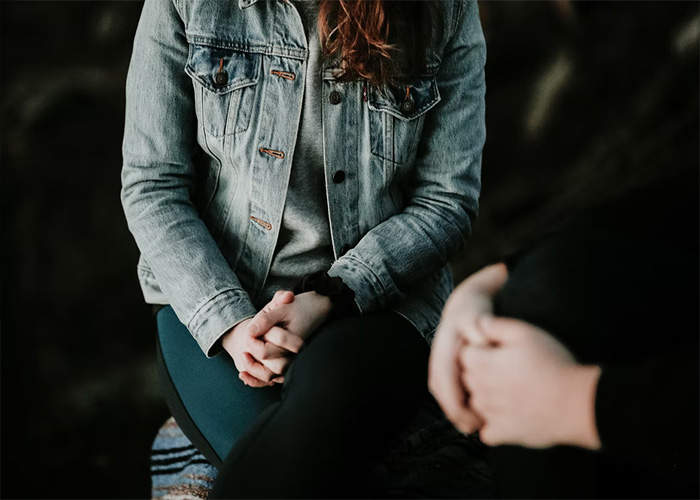 A huge body of current legal and academic arguments state that children are best off with their biological parents. Similarly, evolutionary psychologists argue that parents dote on biological children more than their adoptive children since it’s more likely for your genes survive long after you do.

On the other hand, Nigel Barber, an Irish-born American biopsychologist and author of multiple award-winning books and studies, argues that actually, the opposite is true and parents do favor their adoptive children to their biological ones. One of the reasons may be because parents get invested more in the adopted children because they need more help. 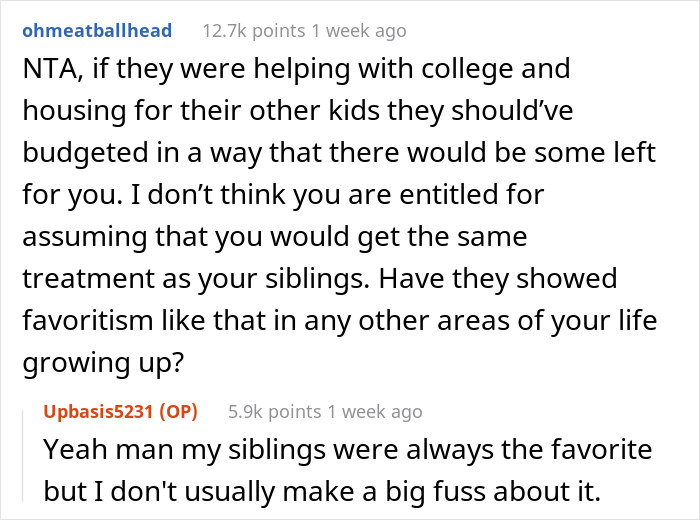 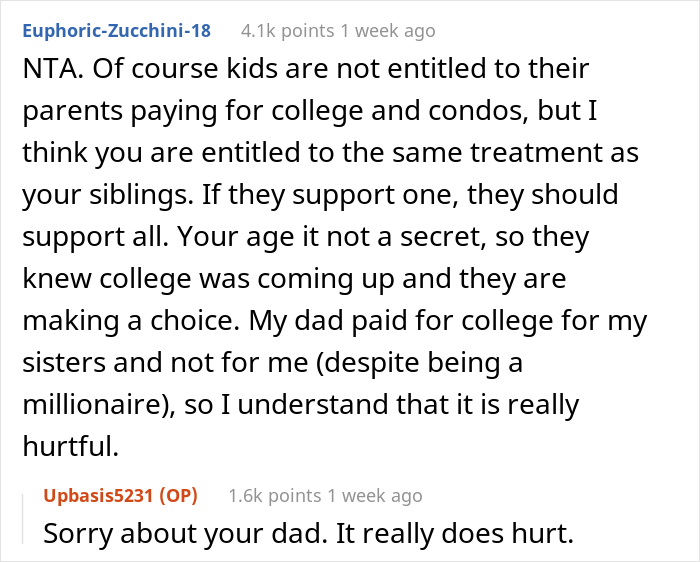 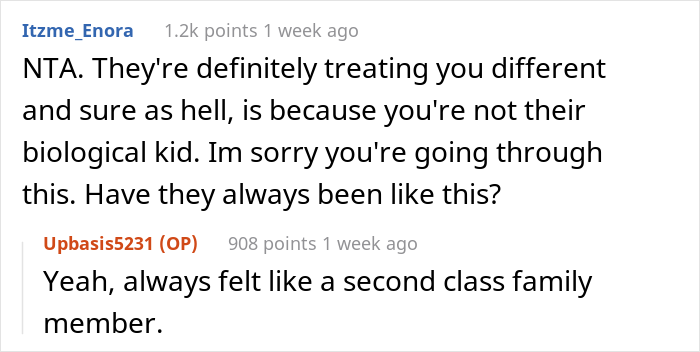 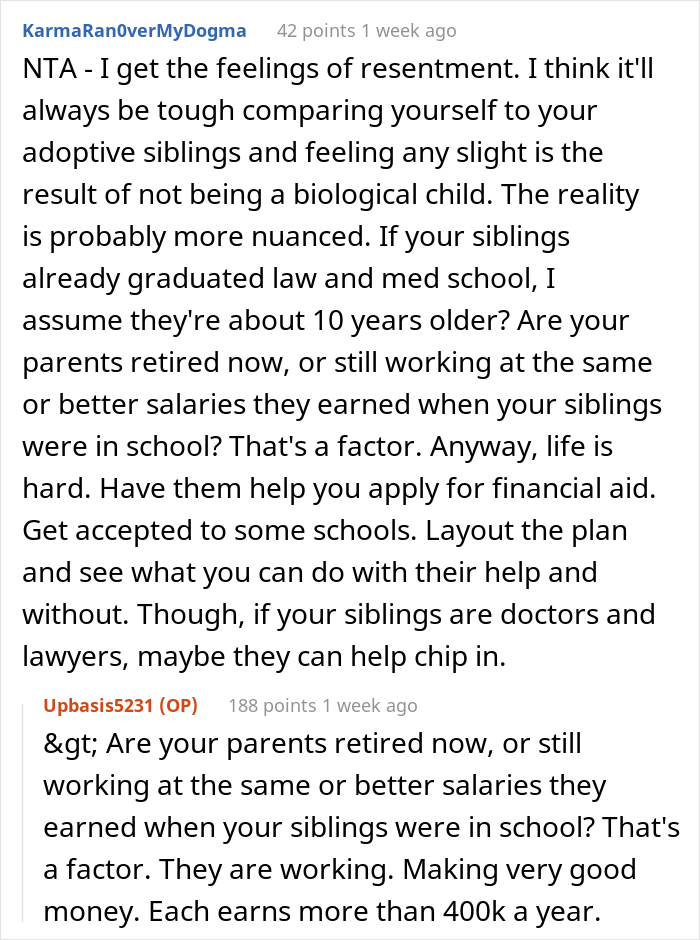 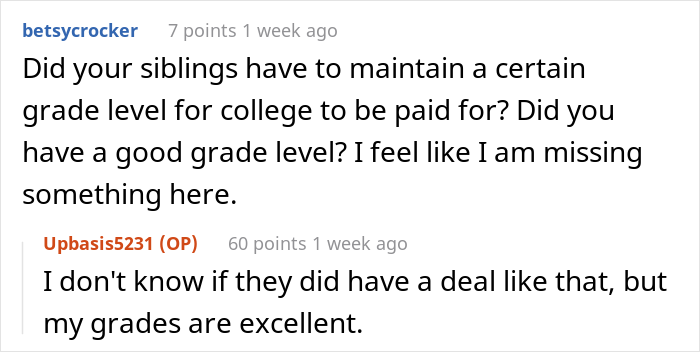 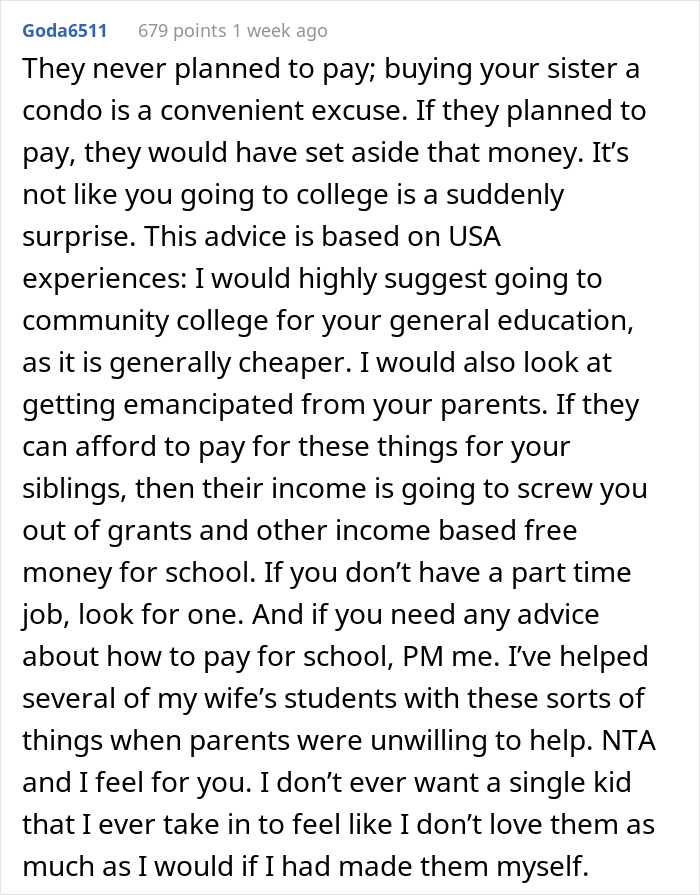 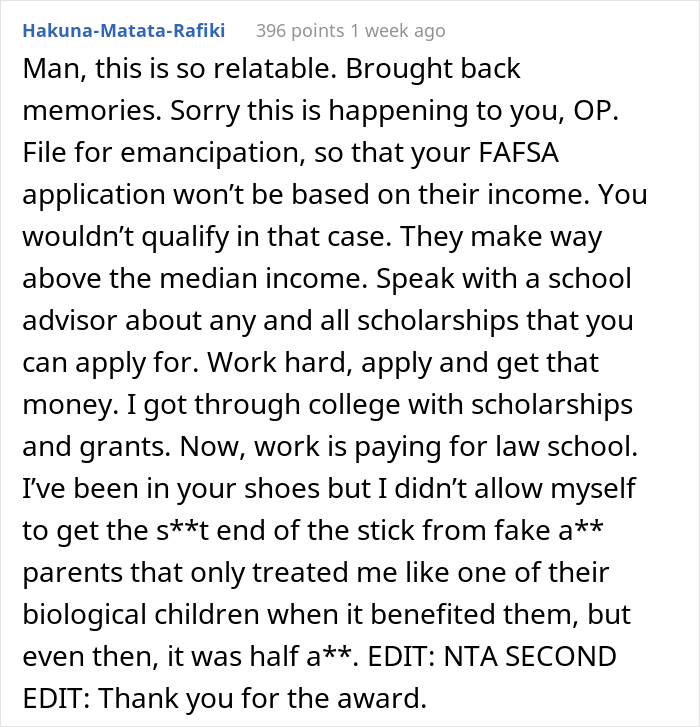 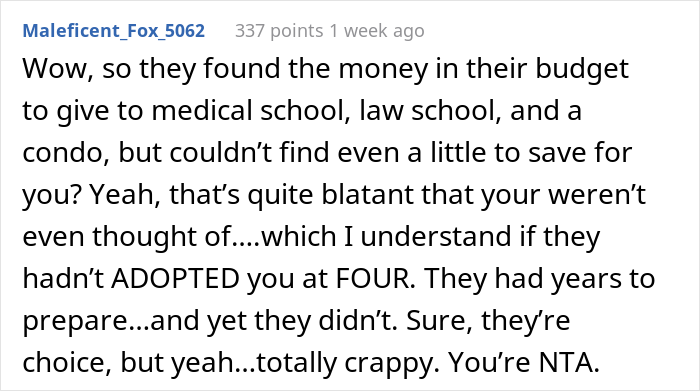 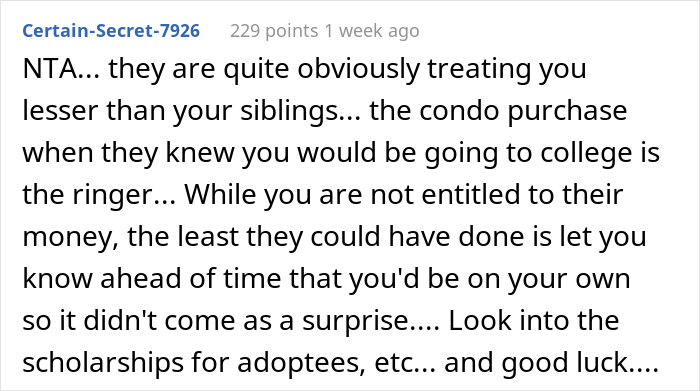 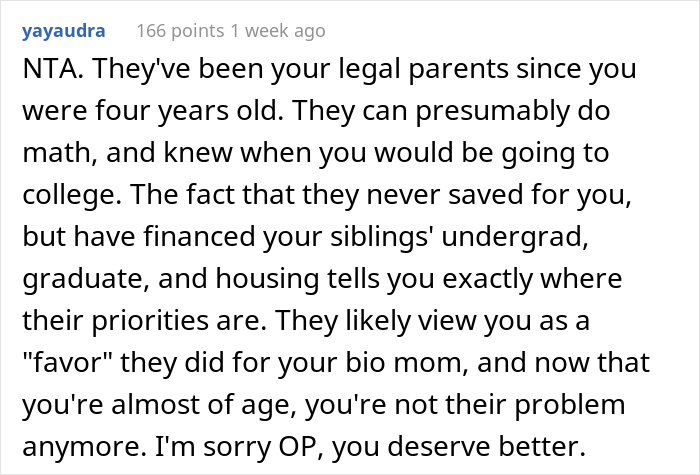 The post Parents Get Slammed Online For Leaving Adoptive Son With No College Tuition After Spending Everything On Biological Kids first appeared on Bored Panda.