Christmas is considered to be Jesus Christ’s birthday and a religious holiday, but in recent years, the religious aspect is fading and in Western cultures, it is becoming just an opportunity for families to get together and spend time watching wholesome movies and eating delicious food.

This woman on TikTok was reminded by her family that they are still not on good terms with each other when she got a Christmas card from them. While she realized that it was a good decision to cut her family out of her life, it still hurts.

Woman cut ties with her parents last year but received a Christmas card, although it wasn’t a pleasant surprise 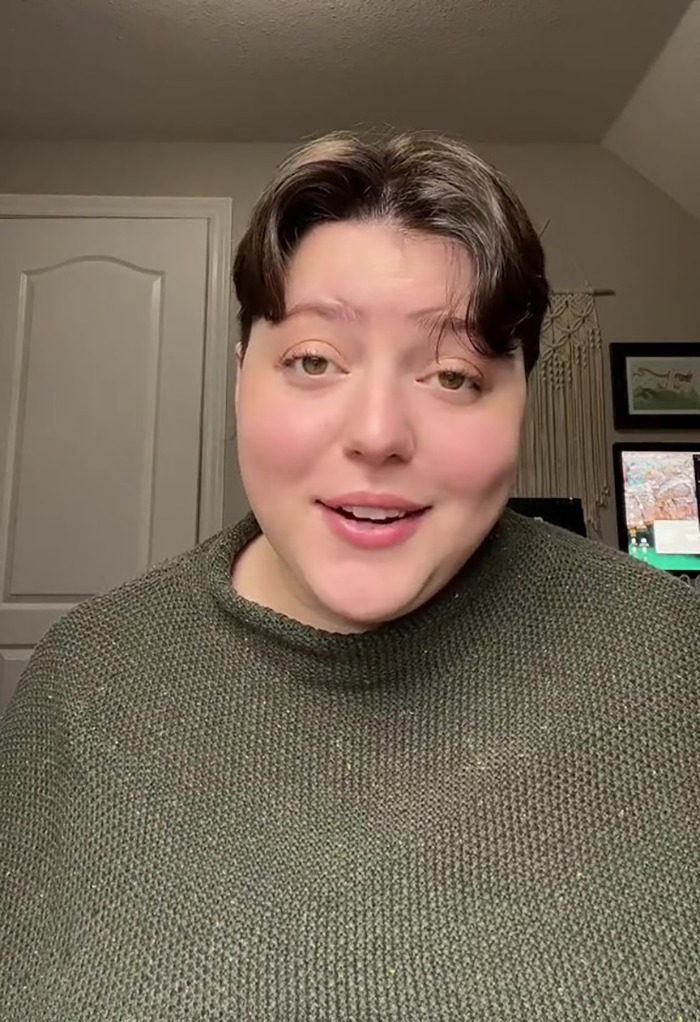 The woman’s TikTok account is called Basil’s home as its first video is dedicated to her hamster Basil’s new home that he happily explored. She introduces herself as a “disabled queer human” and the account now has just a few videos and nearly 7k followers, but one of them went viral with 2.6 million views.

In that video, she decided to share a Christmas card she received from her parents. In any other case, it wouldn’t be weird, but the TikTok user started off by saying that she actually went no-contact with them after Christmas last year.

Christmas is a time to spend with your family, but some people are painfully reminded that they don’t have one or don’t have a good relationship with them 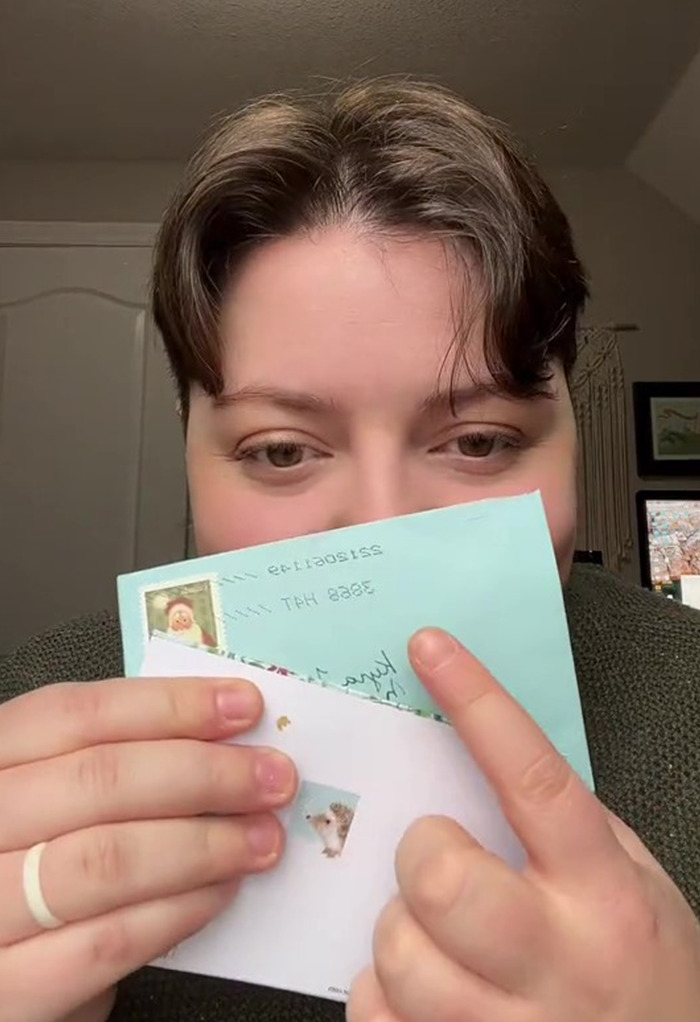 The first thought that came to mind was that maybe the parents would like to reconcile, especially because it was addressed to her and her partner, and that was what the beginning of the message in the card suggested.

But the last line read “I hope you can live with yourselves,” implying that there is something that their daughter did that they don’t approve of. The woman’s reaction to the message was relief that she did cut ties with her parents.

The TikTok user revealed that she is one of those people who has had no contact with her parents for a year, but she still got a Christmas card 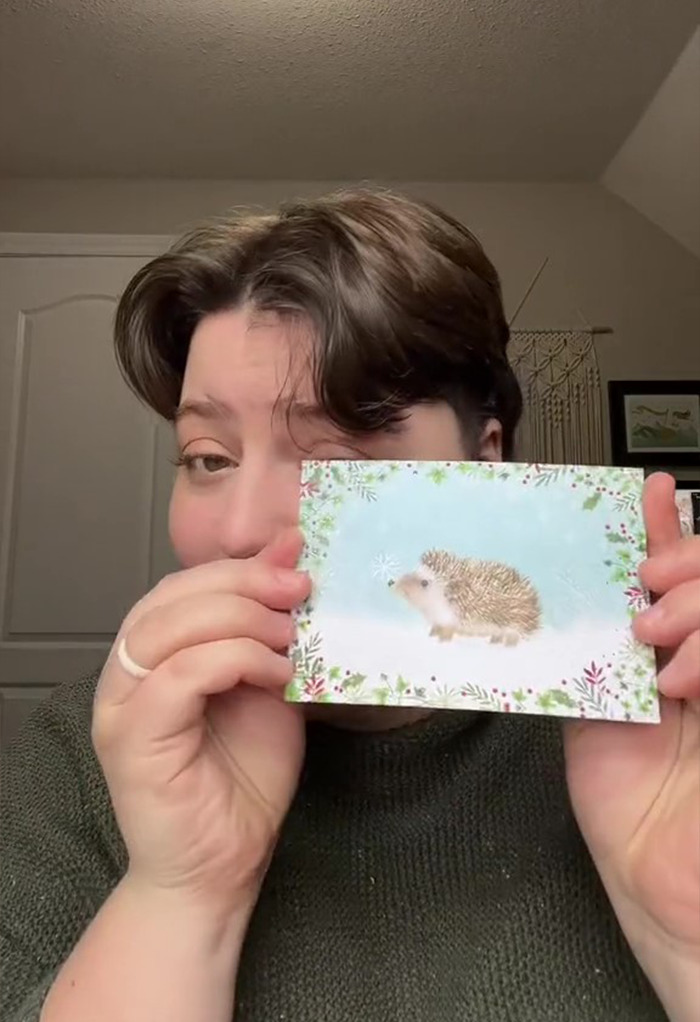 Many people in the comments assumed that the falling out in the family was because the parents were homophobic, but in an update video, she explained that this is a big issue straining many people’s relationships with their parents, but it is not her situation.

She doesn’t go into detail about what were the reasons for going no contact as they are personal, but it wasn’t just one thing and it wasn’t sudden.

Also, there were a lot of people who noticed that her hands were shaking and believed it was because of horror or anger or an emotion in general, but the TikTok user has tremors, so she shakes all the time, and in reality, she feels her life is better now that she doesn’t speak to her parents.

The message started hopefully, but it ended with “I hope you can live with yourselves” referring to the woman and her partner 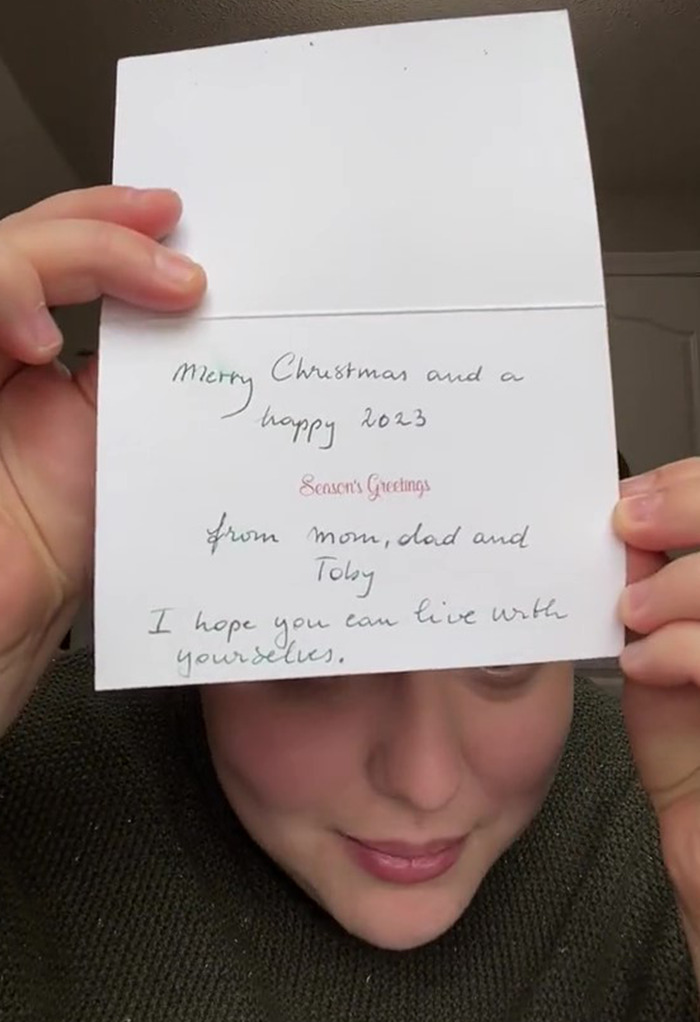 While we don’t know the reasons behind her distrust toward her parents, she is not the only one who has chosen to cut them out of her life once grown up. According to some sources online, it’s actually becoming a trend.

BBC says that “Despite a lack of hard data, there is a growing perception among therapists, psychologists and sociologists that this kind of intentional parent-child ‘break-up’ is on the rise in western countries.”

Many people assumed that the parents were homophobic, but the woman assured viewers that it was not the case without going into details about what happened 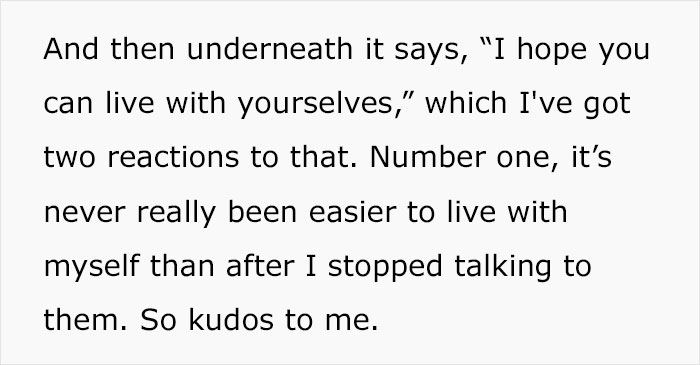 Professor of human development at Cornell University, Karl Andrew Pillemer, conducted a survey on estrangement and he found that more than a quarter of Americans who are 18 or older have cut off their contact with a family member.

He also looked into the cases when the estranged family members reconciled and shared that the strategy that worked was focusing on the present and the future of the relationship instead of trying to accept one another’s views and apologizing.

Family members managed to restore their relationships when they stopped trying to change the other person and adopted more realistic expectations. It wasn’t the only thing people did: “Other helpful strategies included talking with relatives who had not taken their side, journaling – including writing narratives from the estranged relative’s perspective – and seeking counseling individually or with the relative, when possible.”

There might be situations where a child doesn’t even want to reconcile with their parents, but hopefully if the TikToker has a feeling that it can happen, her wish will come true.

We would like to hear your thoughts on this woman’s situation. Why do you think the parents would send a card? Why would they include the hurtful message? Do you think relationships with parents are worth saving? Let us know in the comments.

The post Parents Send A Christmas Card To Their Daughter After A Year Of Not Talking And Decide To Include A Hurtful Message Which Goes Viral With 2.6M Views first appeared on Bored Panda.