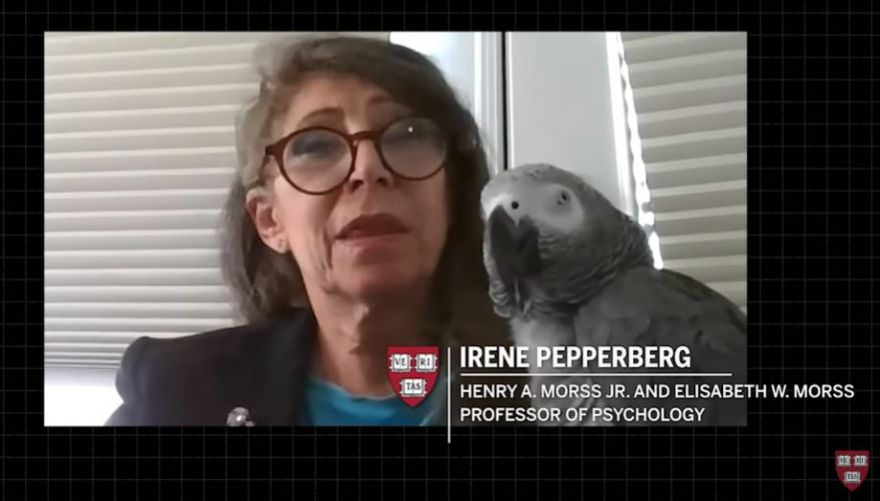 Let us grant that Griffin the African grey parrot did not crush his competition (after all, he’s just a Texas A&M graduate), but he did as well or better than Harvard University undergraduate students in memory tests. And he did much better than 6-8 year old children. The Harvard Gazette describes the research led by Dr. Irene Pepperberg:

It worked like this: Tiny colored pom-poms were covered with cups and then shuffled, so participants had to track which object was under which cup. The experimenter then showed them a pom-pom that matched one of the same color hidden under one of the cups and asked them to point at the cup. (Griffin, of course, used his beak to point.) The participants were tested on tracking two, three, and four different-colored pom-poms. The position of the cups were swapped zero to four times for each of those combinations. Griffin and the students did 120 trials; the children did 36.

The game tests the brain’s ability to retain memory of items that are no longer in view, and then updating when faced with new information, like a change in location. This cognitive system is known as visual working memory and is the one of the foundations for intelligent behavior.

So how did the parrot fare? Griffin outperformed the 6- to 8-year-olds across all levels on average, and he performed either as well as or slightly better than the 21 Harvard undergraduates on 12 of the 14 of trial types.