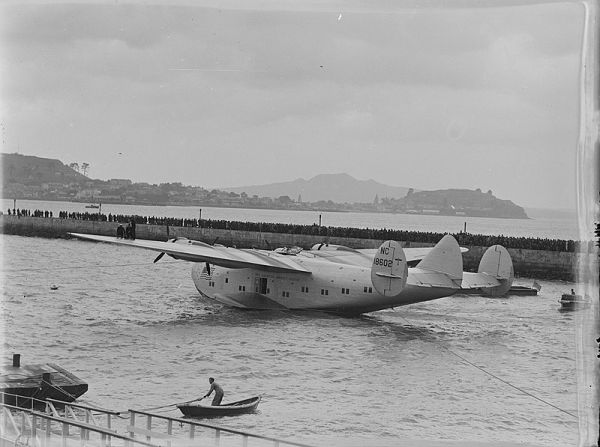 If you were in New Zealand and wanted to get home to the United States, you would normally fly across the Pacific Ocean. But what if a war broke out that also crossed the Pacific? That happened to the crew of a Pan Am flight in December of 1941 when the Japanese attacked Pearl Harbor. The Boeing 314 Clipper flying boat was a marvel of modern technology, and the US government didn’t want it to fall into enemy hands. The crew was instructed to change to Plan A, which involved flying west to reach New York City as best as they could, with no identification and no radio communication.

And so they did. This involved borrowing money and landing wherever they could to refuel without clearance. Once they had to use automobile gasoline because their stop had no aviation fuel. Another time they spotted an enemy submarine. And they were shot at in Saudi Arabia. Then there was that leg from Congo to Brazil that took 20 hours non-stop, which no Pan Am flight had ever attempted. Read the story of the flight crew that took the long way home at Jalopnik. -via Fark

I you found that story intriguing, you might want to also read this longer article about it. There really should be a movie about it.