There’s something incredibly satisfying about seeing the actors and TV personalities that made your childhood complete get the recognition and praise they deserve. Another star has lit up the Hollywood Walk of Fame! The 2,740th star to be exact… Christina waited 2 years to receive this honor, but now that it’s here we can look back at her work, as well as her life, and praise her for the talent she is. Let’s get into it!

Christina Applegate has finally received a star on the Hollywood Walk of Fame, with many fans, co-stars and family members celebrating the special moment 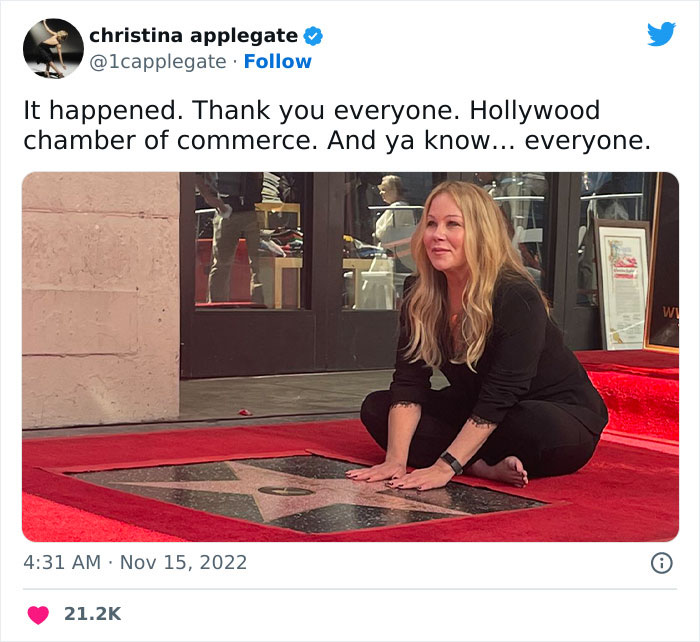 The shining star that is Christina Applegate has finally been honored with a star on the Hollywood Walk of Fame. The ceremony was held on November 14, with many fans, co-stars and family members joining the actress in the special moment. She was meant to accept the star back in 2020; however, there were a few setbacks, the pandemic being one of them.

Christina gained popularity starring as the dumb but sweet Kelly Bundy in Married… With Children. Her most recent work was in the series Dead To Me 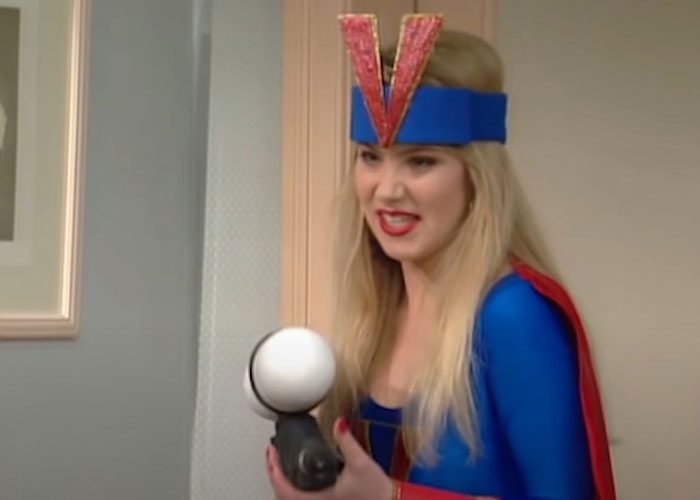 We did end up with lots of great quotes though! “Dig a hole in the ground and throw away the key,” would be one of them. “Daddy, I have heat probation,” would be another. Okay, the last one: “It’s so hot, you can lay an egg on the sidewalk.” 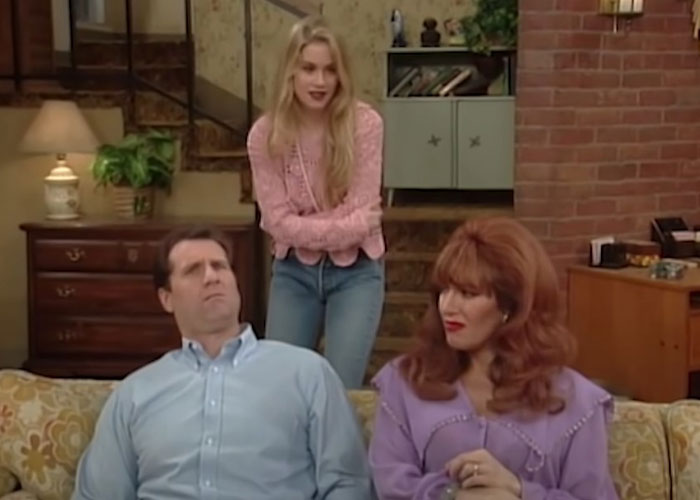 The actress had dreamed of having her own star on the Walk of Fame since she was just 5 years old, making the day she received it all the more special 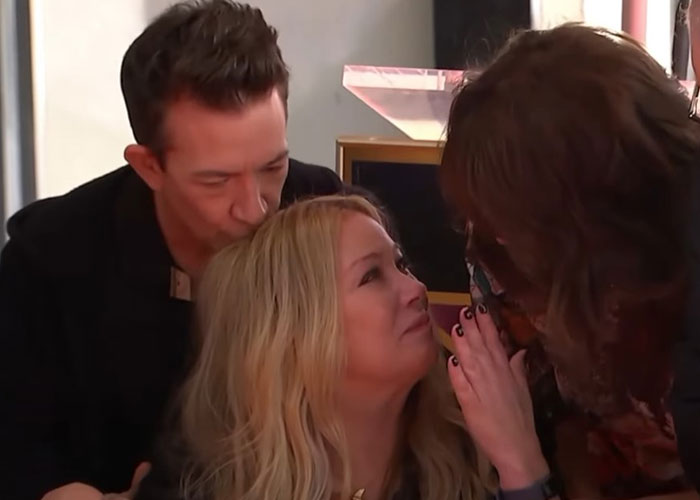 In her adult years, Christina won a Primetime Emmy Award from seven nominations, as well as nominations for four Golden Globe Awards and a Tony Award. She starred in the NBC sitcom Jesse, had a guest role in Friends, and, most recently, co-starred with Linda Cardellini in the Netflix dark comedy series Dead to Me. 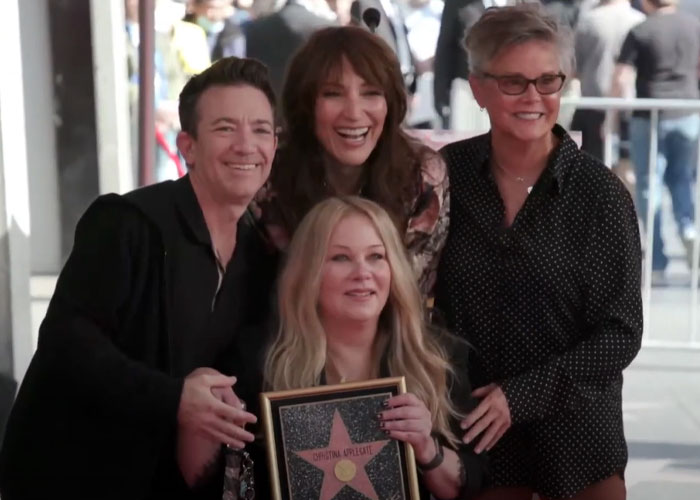 The revealing of the star on the Hollywood Walk of Fame marked Christina’s first public appearance since her multiple sclerosis (MS) diagnosis back in 2021. According to the Mayo Clinic, MS is a potentially disabling disease where the immune system attacks the protective sheath (myelin) that covers nerve fibers, causing communication issues between the brain and the body.

The deterioration of the nerves can lead to many different outcomes, depending on which nerves are affected. There’s no cure for multiple sclerosis; however, treatments can help speed recovery from attacks, modify the course of the disease, and manage symptoms. 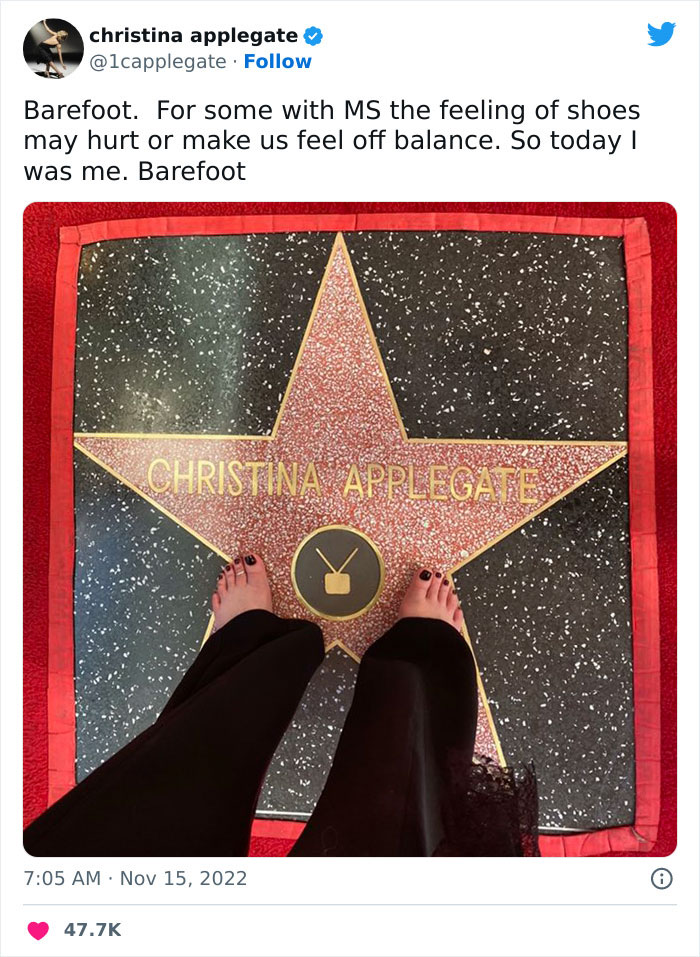 This has not curbed Christina’s sense of humor, as she laughed at the ceremony, saying: “Oh, by the way, I have a disease. Did you not notice? I’m not even wearing shoes! Anyhoo, you’re supposed to laugh at that.”

At the beginning of the ceremony, Christina revealed that she’d dreamed of having her own star on the Walk of Fame since she was 5 years old. She recalled standing on the very same street as she waited to see Star Wars, looking at all the names on the stars. “I want one!” she recalled laughing. “So this day means more to me than you can possibly imagine.”

“Oh, by the way, I have a disease. Did you not notice? I’m not even wearing shoes!” Christina laughed during the speech 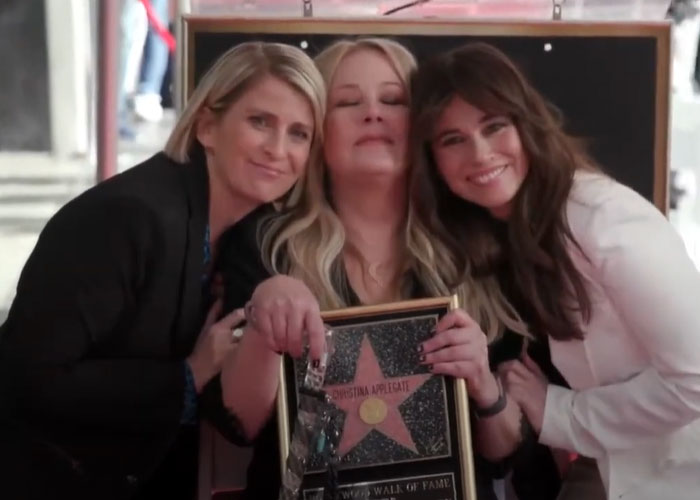 “The most important person in this world is my daughter,” Christina continued to say at the ceremony, holding back tears as she gave her speech. “You are so much more than even you know. You are so beautiful and kind and loving and smart and interesting. ”

“I am blessed every day that I get to wake up and take you to your school… You are my everything. Thank you for standing beside me through all of this.”

She called her Married… With Children co-stars Katey Sagal and David Faustino, as well as co-star Linda Cardellini and Dead to Me creator Liz Feldman, her “family.” “I love that I started with you two and ended it with you two,” she said, adding, “You are my people. You are my loves.”

She thanked her daughter and her co-stars in her emotional speech. Married… With Children star Katey Sagal said: “You’re not alone. We’re all here” 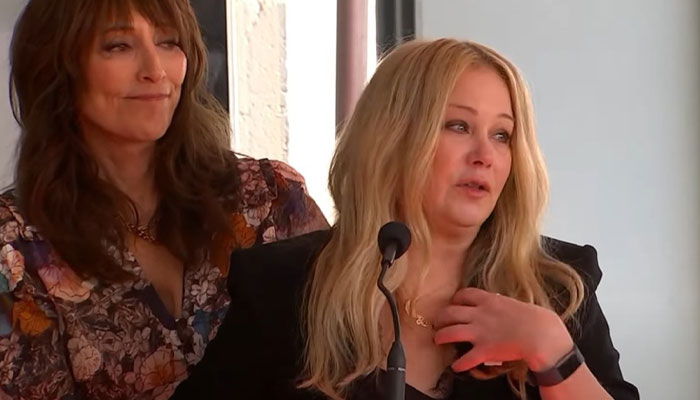 The fellow actors also spoke at the ceremony, offering their love and support for the star. An emotional Katey said, “You’re not alone. We’re all here.” She even helped Christina to the podium, standing behind her throughout the speech to physically support her. “It’s so Katey to, like, steal the thunder,” the star joked.

It appears that Christina is slowly but surely embracing the present day, focusing on healing and the moments she has to share with her loved ones. In one Twitter post, she showed off her custom-made canes by Neo Walk and told her followers to stay tuned to see which of them would accompany her to the ceremony.

“It’s been a tough road. But as we all know, the road keeps going. Unless some a**hole blocks it,” Christina said. We wish Christina and her family all the best! 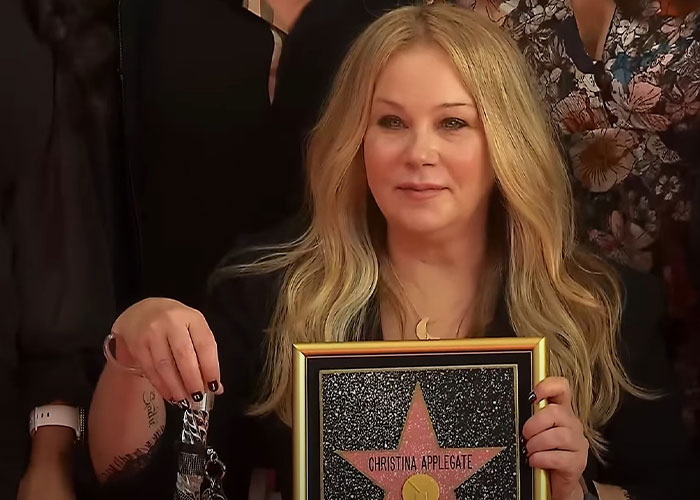 “It’s been a tough road. But as we all know, the road keeps going. Unless some a**hole blocks it,” she wrote in another post back in August 2021. The final season of Dead to Me will be hitting Netflix on November 17, and I’m sure many of you pandas will be elated to see it!

We wish Christina and her family all the best for the future! Let us know your thoughts on this and whether or not you were a big fan of the shows she starred in. I know for a fact that Married… With Children will remain a core part of my childhood. Until the next one!

People have been elated with this news, offering their prayers and support for the actress. Let us know your thoughts in the comments! 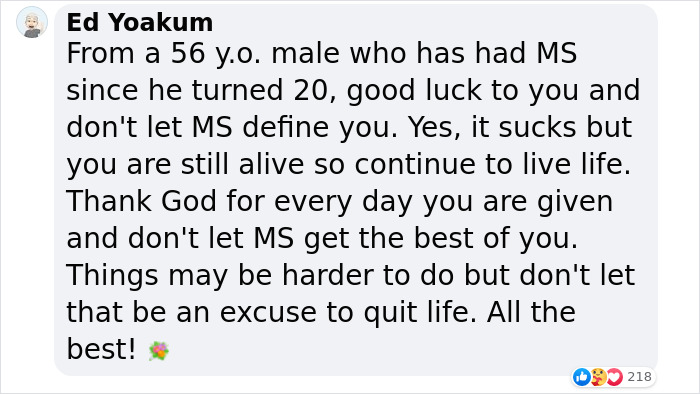 The post People Are Cheering On Christina Applegate For Appearing In Public For The First Time After Her MS Diagnosis To Uncover Her Hollywood Star Of Fame first appeared on Bored Panda.