Hurricane Ida has devastated 6 states in the US north-east. The flash-flooding and tornadoes have killed dozens of people and the final death toll isn’t clear yet. The BBC reports at least 45 people dead, CNN reports at least 46, while The New York Times places the toll at 43. The NYT states that many of those who lost their lives were killed in basement apartments in a storm that was caused by the remnants of a hurricane that struck New Orleans earlier.

To understand just how serious the situation is, the National Weather Service issued a Flash Flood Emergency for NYC. For the very first time in history. It’s yet another piece of proof that climate change is very real and that its effects are horrendous. US President Joe Biden said that “historic investment” is needed to deal with the current climate crisis, which is “a matter of life and death.”

Photos from NYC show the apocalyptic flooding that the city’s inhabitants are having to deal with. And it is as terrifying as it is heartbreaking.

“Get a basement apartment in New York they said. It’ll be fun they said” New York City and New Jersey saw unprecedented levels of rainfall and caused residents to become trapped in flooded basements and cars. The BBC reports that 23 people died in New Jersey, 14 in New York, 5 in Pennsylvania, 1 each in Connecticut, Maryland, and Virginia.

Thousands of people were left without power. However, transit in NYC is slowly returning to normal after the flooding on Friday.

“Current flooding situation in NYC. NYC recording their highest level of rainfall since 1800” 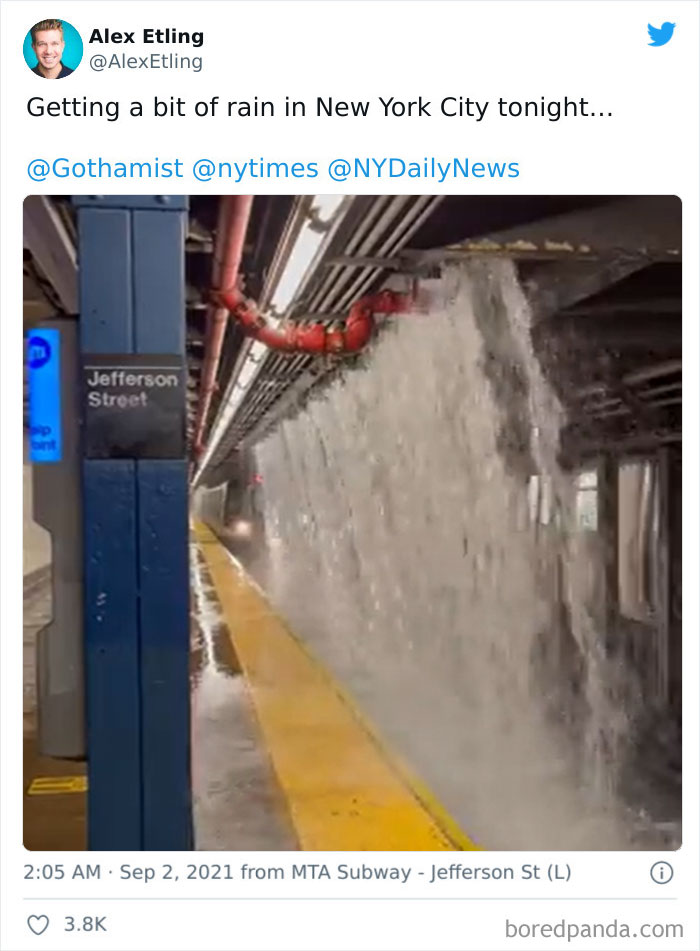 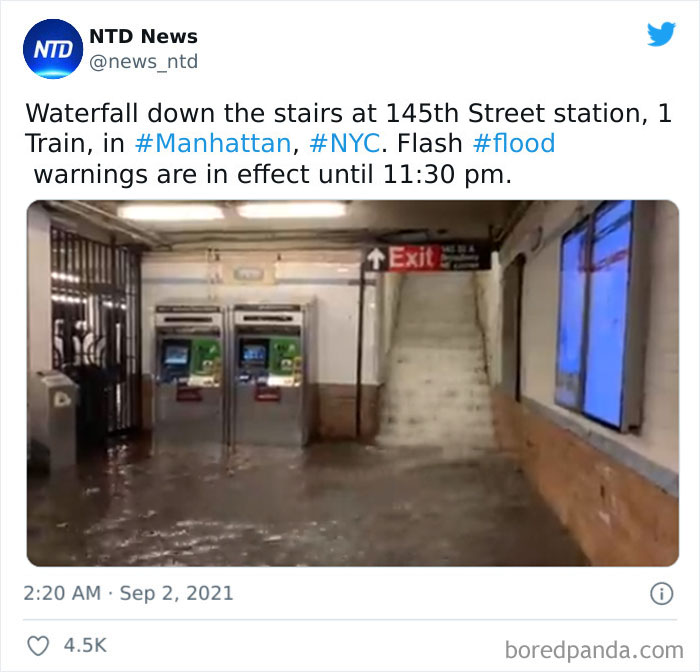 Bill de Blasio, New York City’s mayor, said that the devastation was “the biggest wake-up call we could possibly get,” referring to climate change.

“We are in a new world now, let’s be blunt,” de Blasio said. He added that the US will have to do a lot of things “differently” and “quickly,” as the frequency and intensity of storms rise in the country.

According to CNN, over 20 million people remain under flood warnings. Some rivers in the US north-east are likely to remain flooded into Friday and even the weekend. “I am still in disbelief!!!! I am totally exhausted with this clean up!” Storm Ida made landfall on Sunday, August 29, as a Category 4 hurricane. Though it reduced in intensity as it approached the north-east of the country, it nonetheless wreaked havoc.

“I want to know who knew what when and what could have been done differently—because New Yorkers deserve to know what we’re doing to learn from this event and make sure that it doesn’t happen again,” New York Governor Kathy Hochul told CNN, advocating for moving toward carbon-neutral energy.

“We have no choice, my friends, the future we spoke about in dire terms, that future is now. It’s happening, we’re losing lives we’re losing property and we cannot continue on this path,” Hochul said. 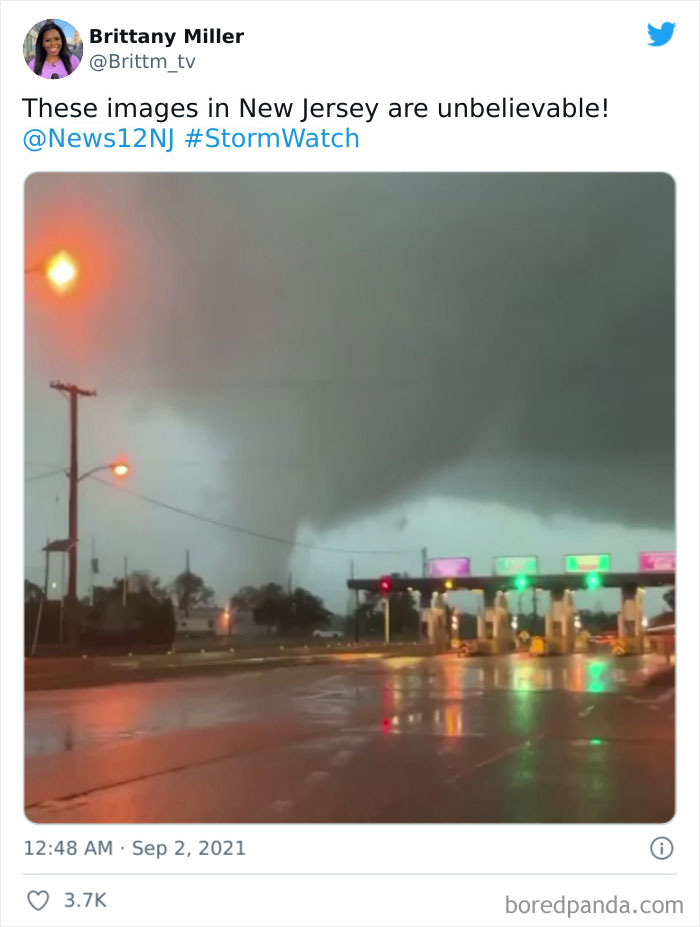 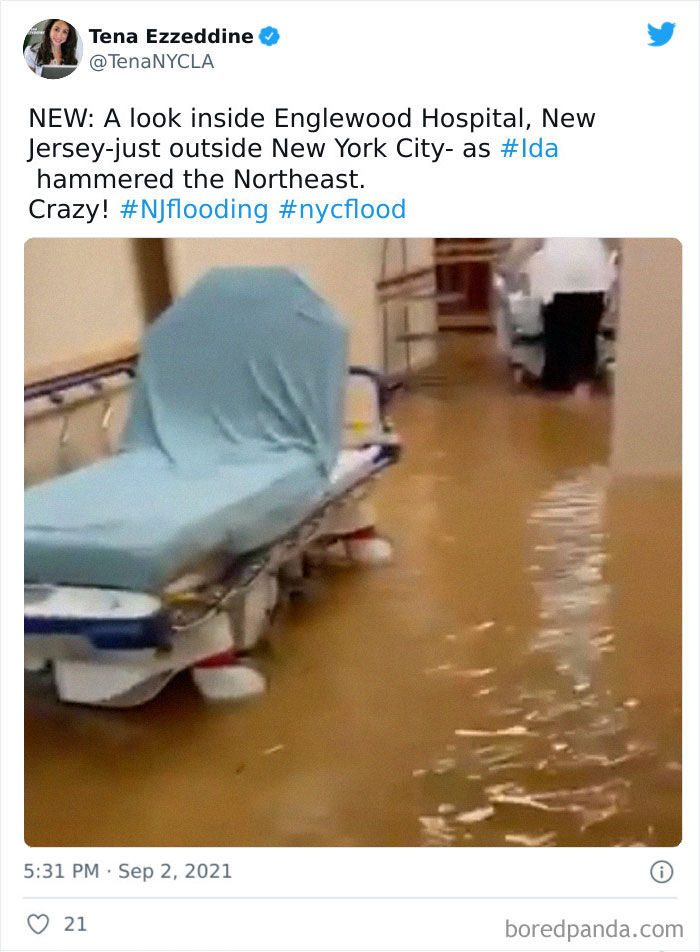 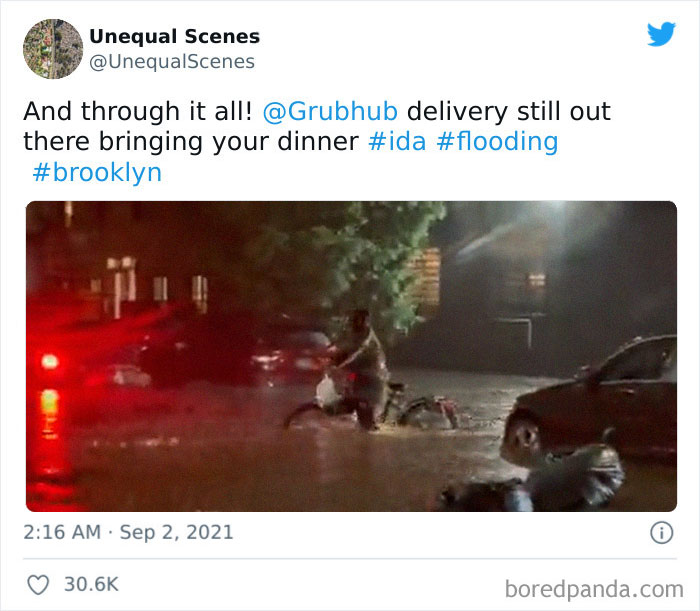 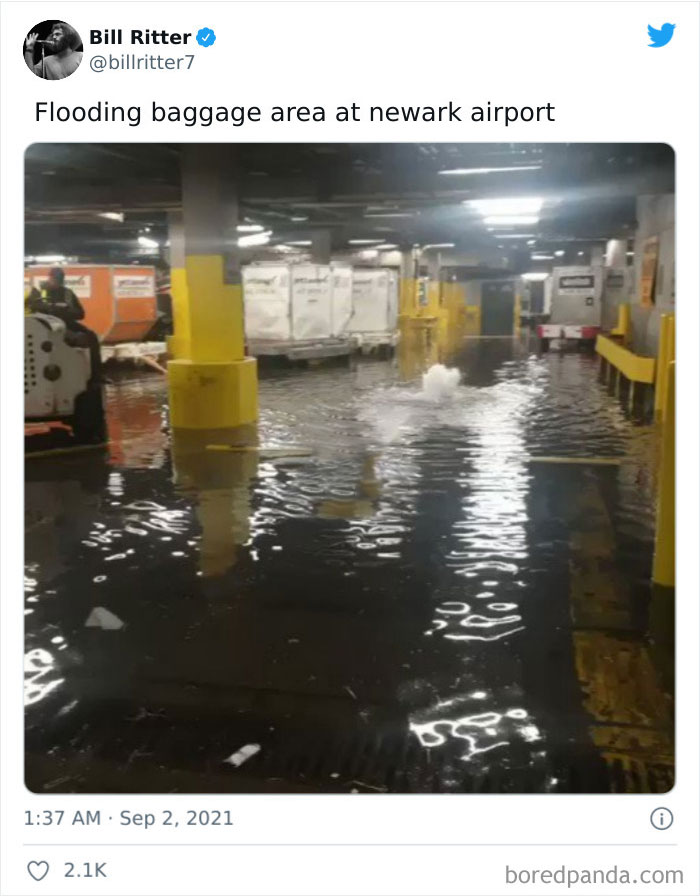 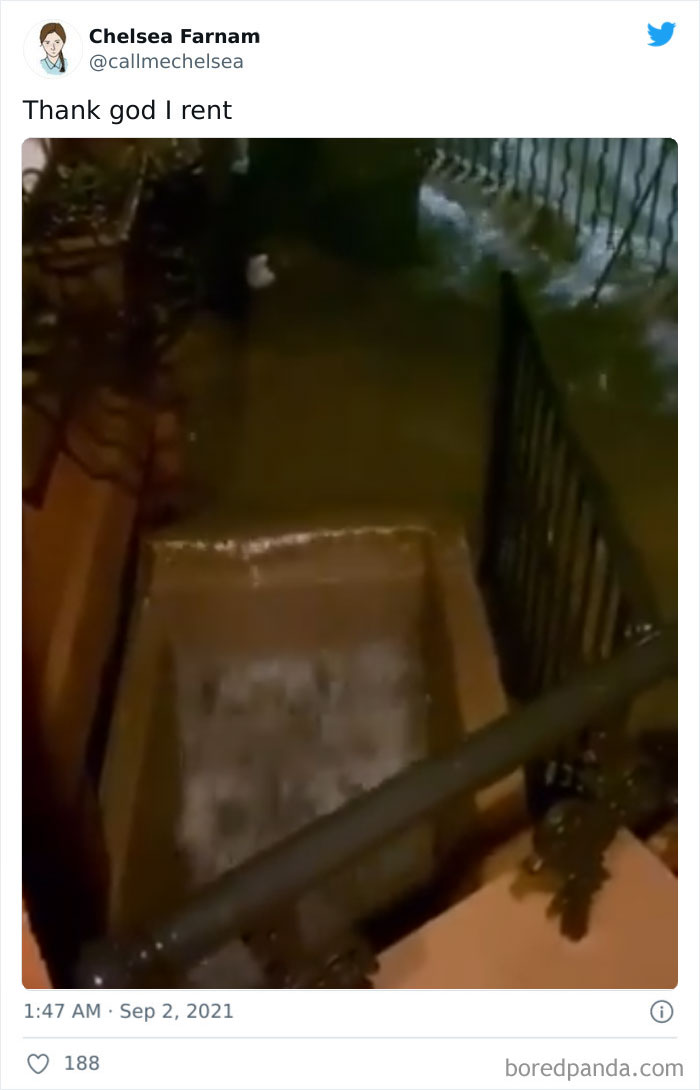 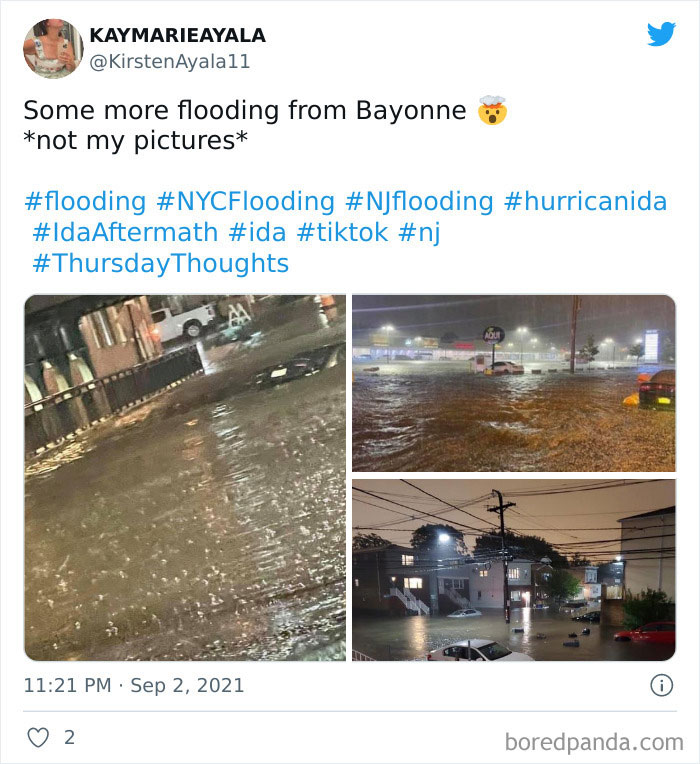 Flooding in 28th St Station NYC!!! And everyone is taking videos!!!!#OnlyInNYC pic.twitter.com/eV2QlALEno Hero bus driver managed to get us safely through the 3-4 feet of rain coursing down the boulevard, but only seemed to be getting worse.

Finally made it through to higher ground and a fellow passenger exclaims ‘oh no I missed my stop..’ pic.twitter.com/ofrVQhGnhK Reports of catastrophic flash flooding happening across in New Jersey and New York City as millions of people brace for this devastating floods pic.twitter.com/0Y2170sgKo

“Basement car park, still working on it. No elevators. Building across from us. We got lucky our building does not have a basement.” 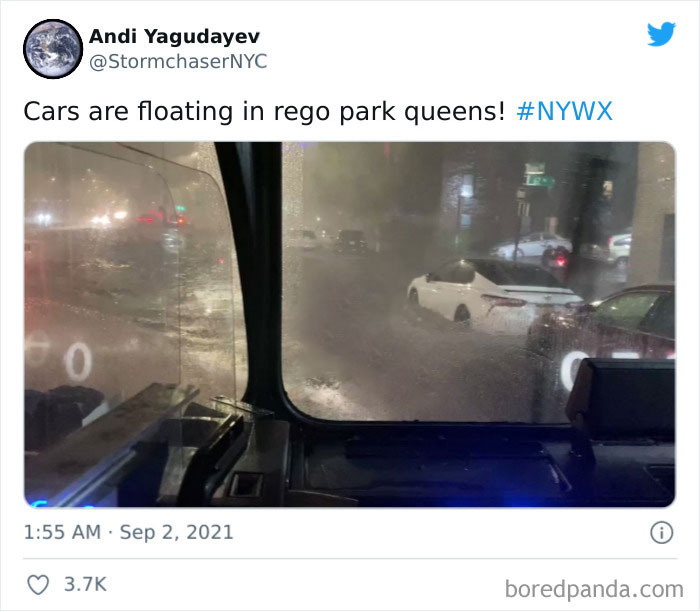 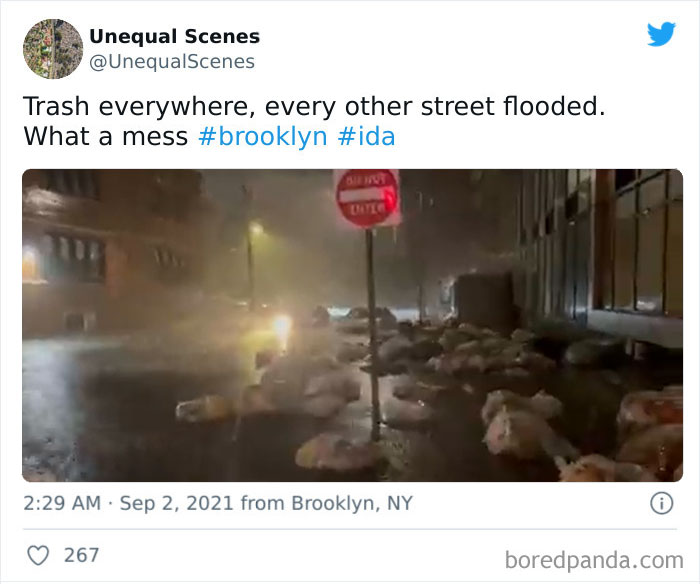 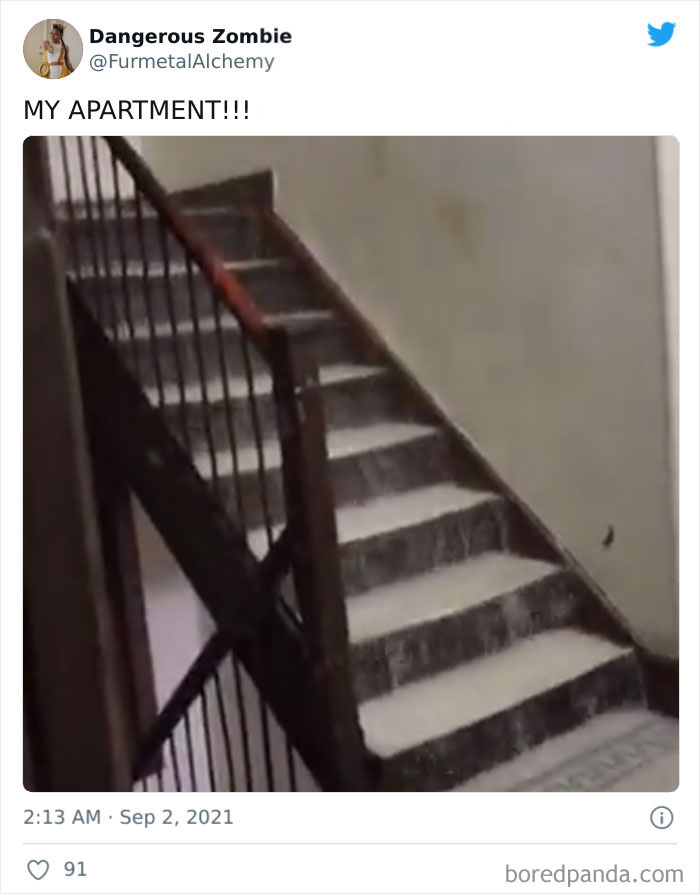 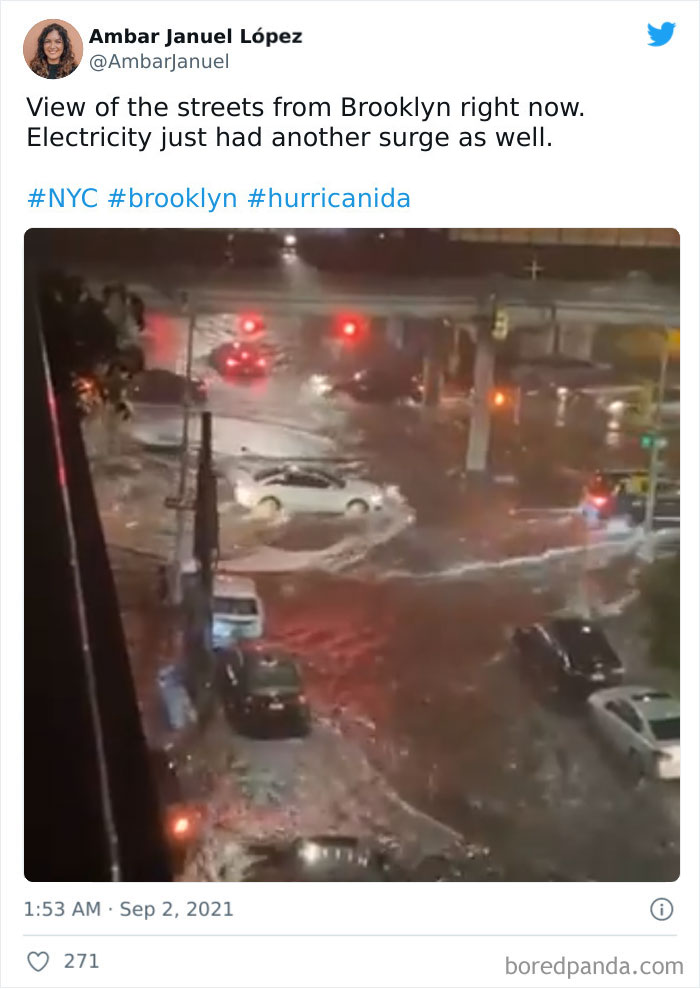 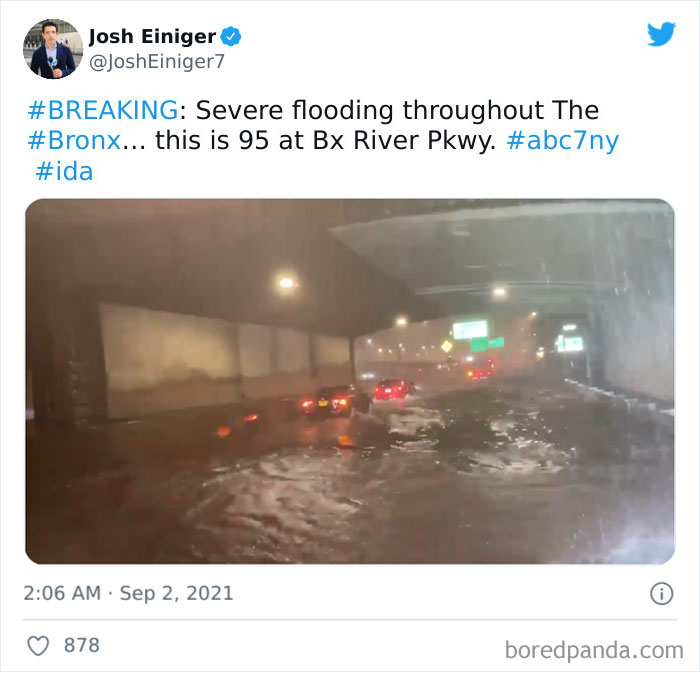 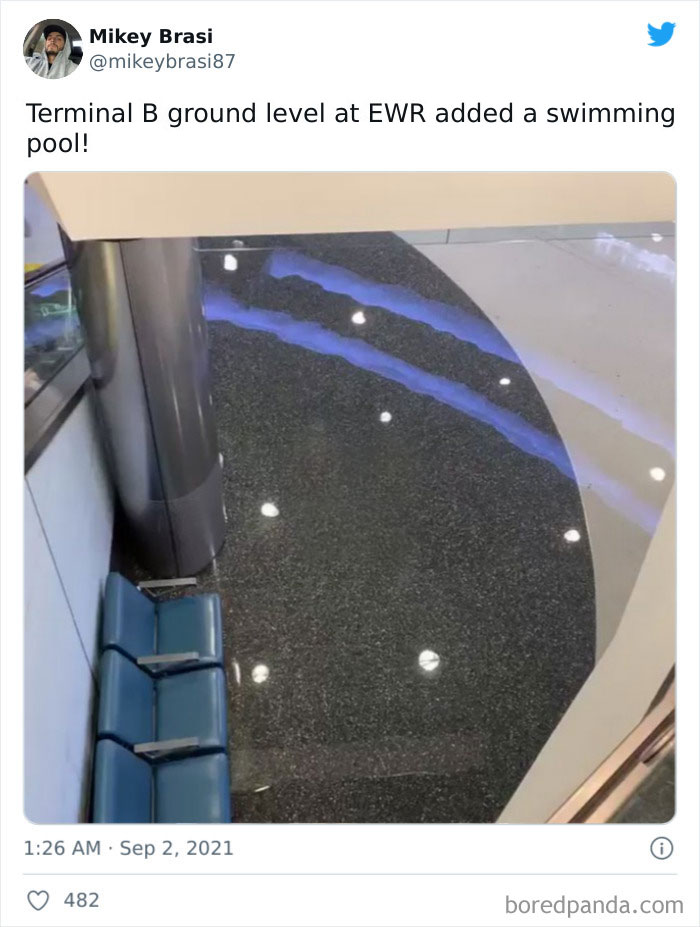 “Lefrak buildings in Queens NY flooded from the storm.
We had to take a dog and a cat out the apartment but they are safe.”