2,207,520,000 seconds in an average lifetime. Each second may be a special moment in the making, yet most of the time, our minds aren’t set up in seconds but rather minutes and hours. The next 5 minutes, the next 5 hours, the next 5 years. Like an addictive series being binged,  the question persists – what’s coming next? Once you have it, what then? What’s next?

But that constant dance between the natural progression of time and the time-traveling capabilities of our brains make it really difficult to stop and give into the state of ‘being’ – releasing all that’s been and shall be. One person who’s been encouraging others to do just that with her escapades in the rain is Drew Barrymore.

Before we dive into the details, let me know, dear reader, when was the last time you went outside during a storm? The last time you stuck your head out the window to feel the cold droplets hitting your face? Go crazy in the comments, upvote the story, and follow the author to make their day a million times better!

Drew Barrymore posted a TikTok video of herself absolutely overjoyed by the rain, laughing and getting soaked to the bone 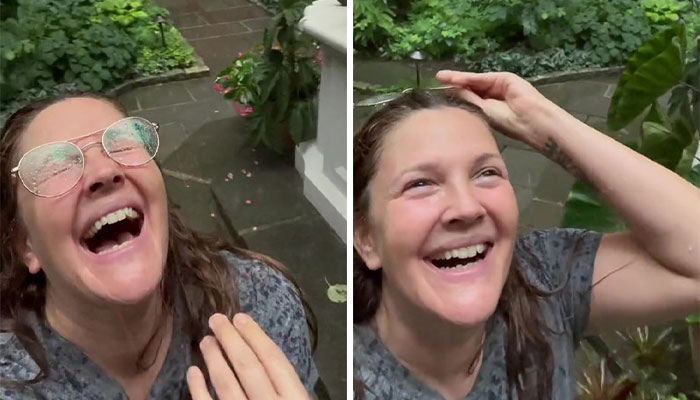 Let’s be honest – the rain isn’t something a lot of us celebrate. If anything, it makes you groan, making getting out of bed all the more difficult than it already is. However, Drew Barrymore knows just the joy a rainy day can bring. The star actress and talk show host caught the attention of millions of TikTok users after she posted a video of herself laughing in the drizzle.

In a recent video, Drew can be seen absolutely overjoyed by the rain, relishing in each falling drop of water while getting soaked to the bone. “Whenever you can, go out in the rain!” she exclaimed. “Do not miss the opportunity!” The childlike glee for something as simple as the weather has grasped the hearts of many, with the video quickly garnering 14.6M views. 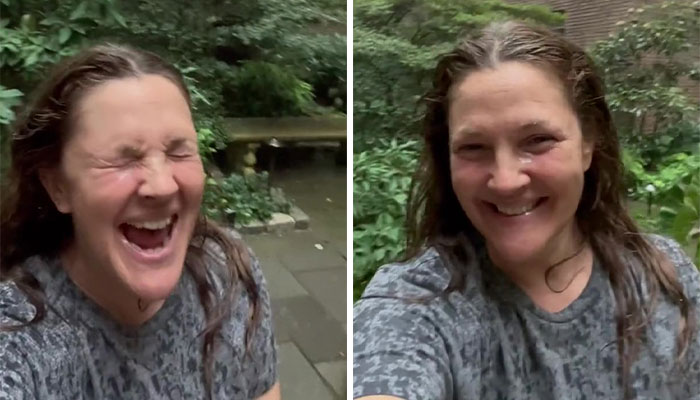 “Whenever you can, go out in the rain!” she exclaimed, encouraging her followers to experience the downpour rather than hiding away from the unfavorable weather 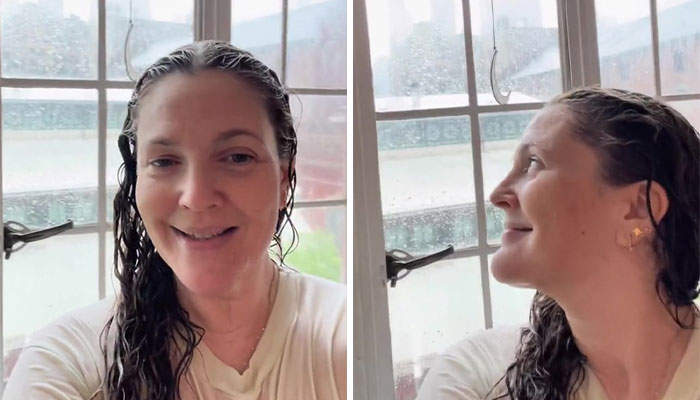 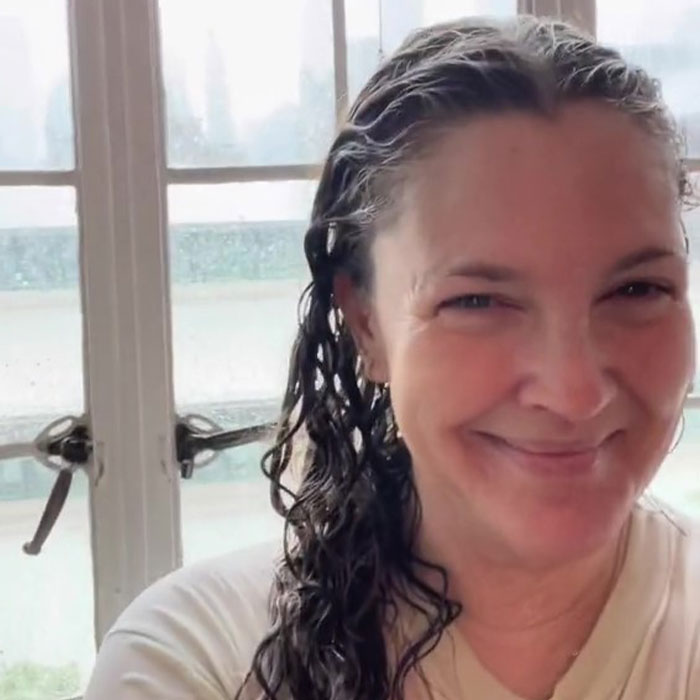 But this isn’t the first time Drew encouraged love for the rain! In her first video back in May, which amassed 7.2M views on TikTok, she told her followers that instead of hiding away from the unfavorable weather, they really ought to just run outside and experience the downpour.

“If it’s raining anywhere you are, just run out in the rain. Don’t miss the opportunity,” she said.

Drew rose to fame with her role in E.T. The Extra-Terrestrial when she was 7 years old, but her childhood wasn’t that joyful and carefree 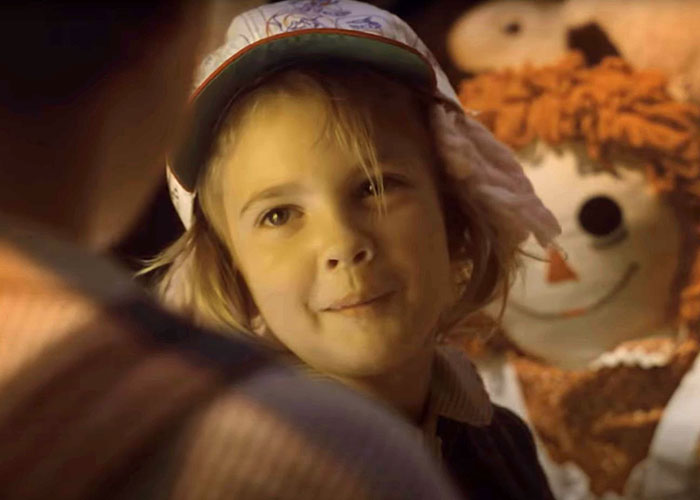 Drew’s life hasn’t always been this cheerful and carefree, with the claws of fame tearing into her deeply when she was just a child. She rose to fame for her role in E.T. The Extra-Terrestrial when she was 7 years old. She was being called the new Shirley Temple; she had the dimples, the confidence, the star quality and a lineage of famous family members. A career in Hollywood seemed inevitable, yet the fun magical adventure quickly spiraled into a world of drugs and alcohol.

She was given alcohol whenever her mother wasn’t by her side and got drugs where she could. “The higher I got, the happier I imagined myself, the more miserable I actually was,” she detailed in her book Little Girl Lost, the name a homage to the poem by William Blake. The poem depicts the transition between the imaginative innocence of childhood to a complex and dangerous adulthood.

Fame dug its claws into the child. She found herself addicted to alcohol and drugs by age 12 and fearing for her life at age 14, when she became “unemployable” 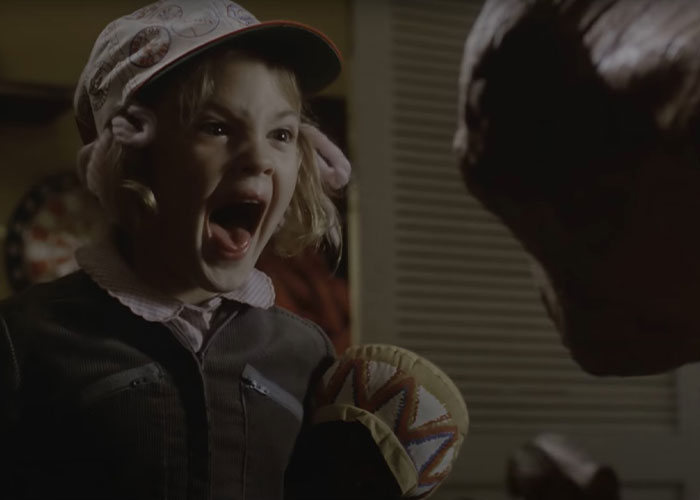 At 11 years old, Drew developed a drinking problem, at 12 she became addicted to drugs. “I was tipsy, and bubbly, and the life of the party,” Drew told Oprah Winfrey in a 1990 interview. “I felt so good. All my problems had seemed to disappear for that hour that I was out of it.”

At 13, she cut her wrists and was hospitalized, and at 14, she was legally divorced from her parents. All these moments in her life didn’t go unnoticed, making her essentially unemployable as an actor, forcing her to clean toilets and work in restaurants for a living.

“To have such a big career at such a young age, then nothing for years – people going, you’re an ‘unemployable disaster’ – that’s a tough trip to have by the time you’re 14. To have access to so many things, then to nothing,” she told The Guardian in a 2015 interview.

But she persevered, refusing to become “another Hollywood tragedy.” “It was as if I’d made a new friend – me,” Drew said 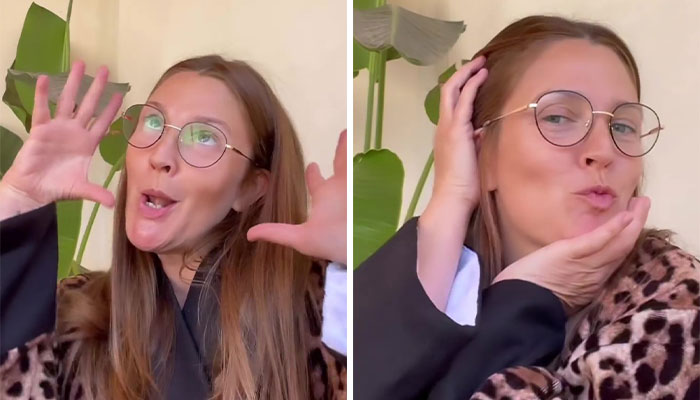 “Those moments when I realized how estranged I’d become from myself, not to mention the rest of the world, sent me spiraling into a depression,” she wrote in her book. “And my depression knew no depths. Imagine being trapped in a descending elevator that never hit the ground floor. You get to a point where you’ll do anything to get out.”

“I was so scared of not knowing where I was going. I really had a fear that I was going to die at 25,” Drew told The Guardian, adding that even when things got dark, she always had a sense that a silver lining was out there. “I didn’t want to be considered another Hollywood tragedy. That’s the last thing I am. I’m a success,” Drew stated proudly. “If I’ve learned anything, it’s always better to tell the truth. And by doing so, maybe it will help other kids not to end up like me.”

The darkness started to dissipate, as by the age of 17 she was back with Poison Ivy. Over the next six years she made 16 more films, including Bad Girls, the blockbuster Batman Forever, horror movie Scream and The Wedding Singer.

“If I’ve learned anything, it’s always better to tell the truth. And by doing so, maybe it will help other kids not to end up like me,” she said 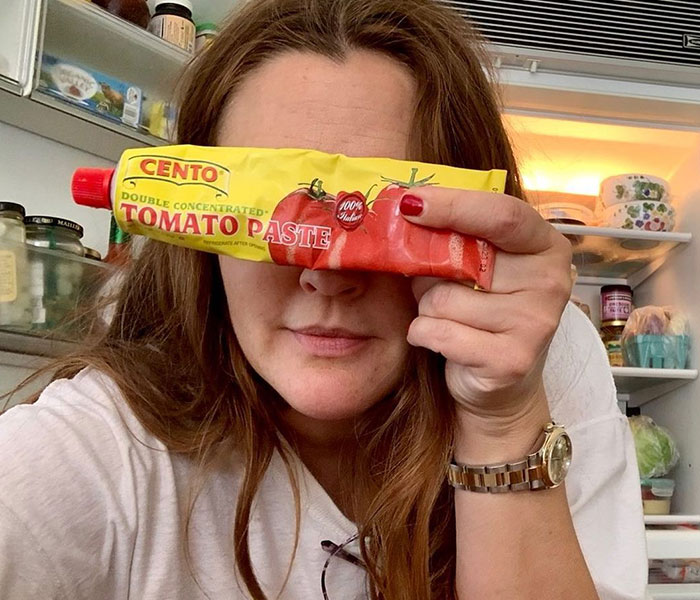 Of course, life never goes just up and down, but she’s been going up ever since. “It’s like I’ve finally passed through something which has made me OK with everything, even if I don’t understand it all and might never, never resolve it,” she said. “For the first time since who knew when, I found myself enjoying my age rather than acting it. It was as if I’d made a new friend – me.”

It’s lovely to see a person, who’s been through so much more than most of us can imagine, celebrating the simplest gifts of life. Thus, dear reader, go outside and listen. Stay in the moment fully. No past, no present, no future. Your dishwasher can wait. So can your hungry kids and cat. Get outside of yourself. Stop rushing through life and looking forward to the next thing. Schedule time to be alone with your thoughts at least once per day.

Her story is incredible, yet her love for life at present takes the cake. We hope to see more of such moments in the future! 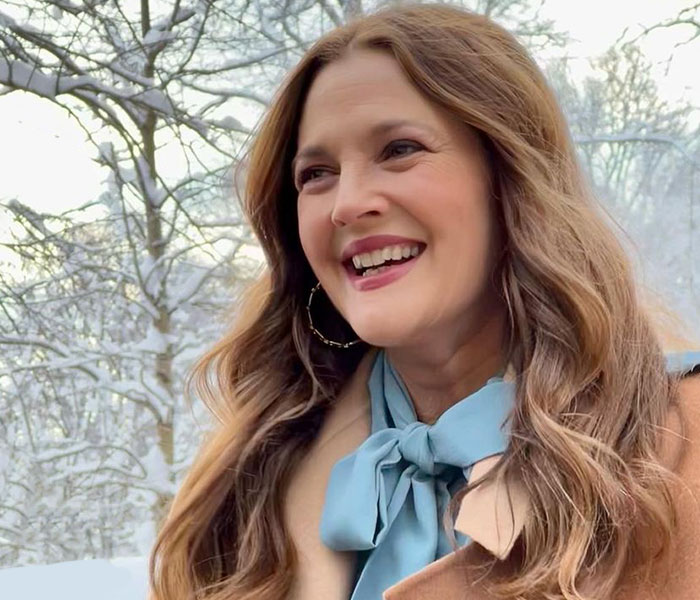 Sometimes we stop ourselves from our desires, overthinking things, finding excuses, when all we need to do is just breathe. “Just to be spontaneous and wild and free, with humbling beautiful nature? My kind of joy!” Drew wrote in an Instagram post, and we could not agree more.

Let us know your thoughts and whether you’re a big fan of the rain or more of a sunshine fan and I shall see you all in the next one!

People have expressed their love for the star, wishing they could be as free-spirited. Let us know your thoughts in the comments below! 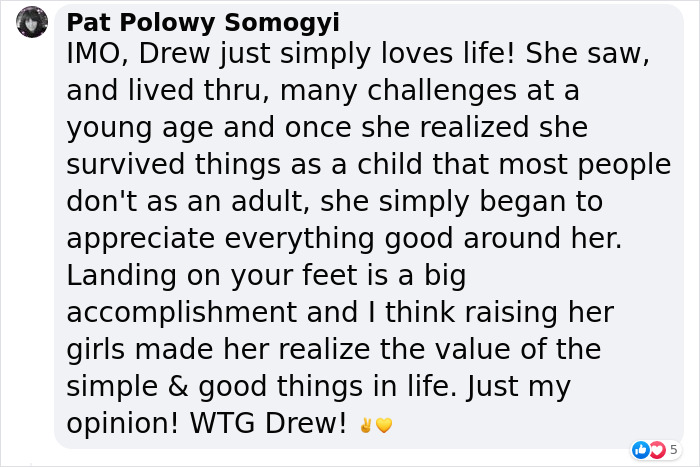