Parties are as integral in human culture and social life and necessary to healthy living as are things like having good credit, exercise, and cutting out toxic people in life. Sure, you can live with or without it, but the upside cannot be understated.

So, not getting invited to a party, let alone if the opposite side was actually invited to an equivalent party, and in fact was the reason for it all in the first place, is definitely a mouthful of a sentence, but also a sucky situation.

And, of course, Redditors did get such a conundrum to judge in a recent r/AITA post. 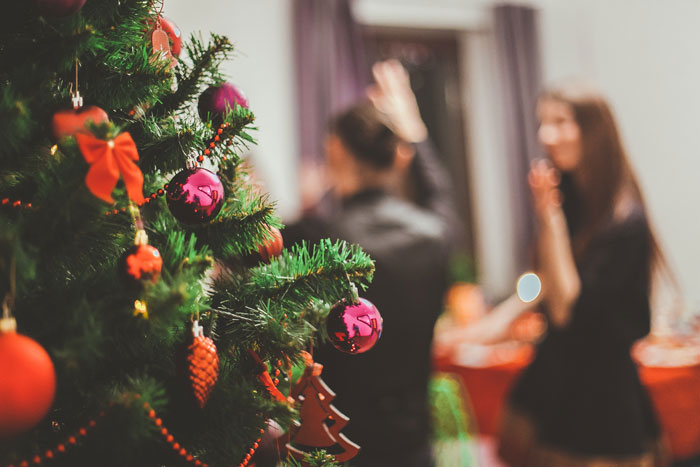 The story goes that OP hosts these annual Christmas parties that tend to get quite big (like hundreds of people with catering big). They’ve been doing that for a decade now, so you know it’s a serious tradition.

One year, OP invited this friend named Tara and her ex-coworker Tony. In a feel-good twist, the two hit it off pretty well and two years later, at their next holiday party, they announced the engagement. Needless to say, OP was super happy for them. 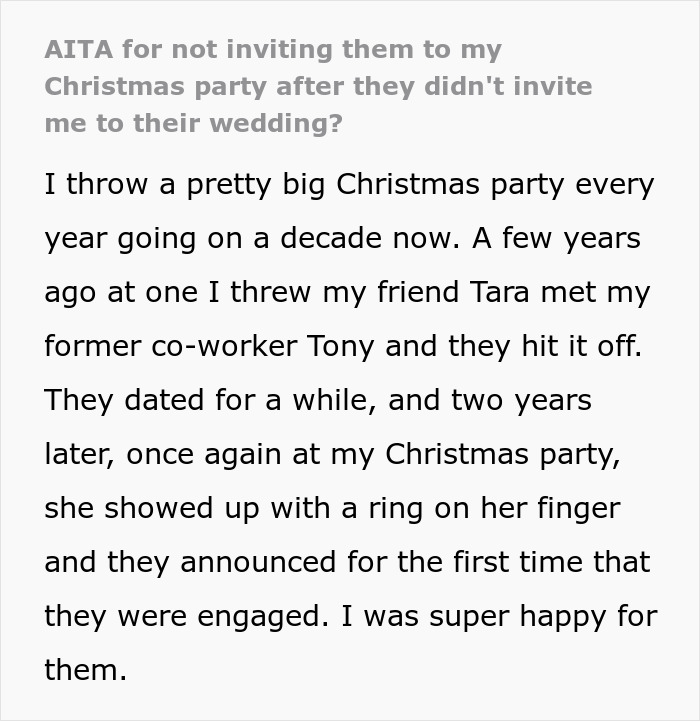 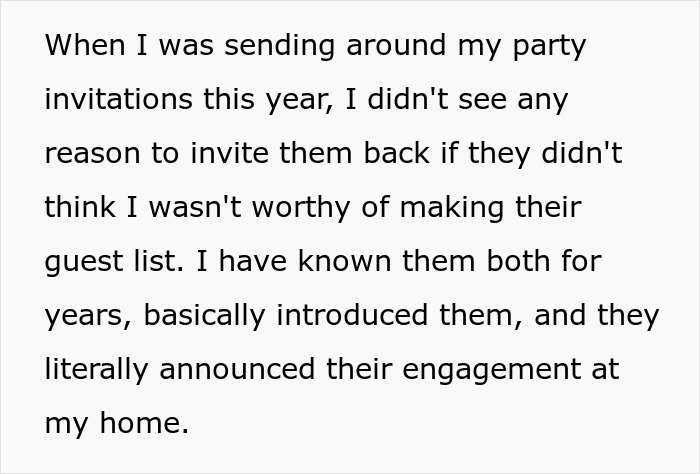 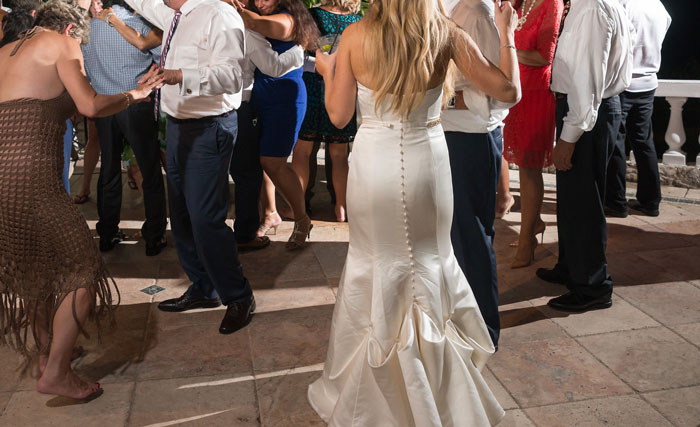 But, in a not-so-feel-good manner, OP didn’t get invited to the wedding. Now, you can’t blame OP for having an expectation, even just a casual, tiny one, that they would probably be invited to the wedding of people who quite likely would not have met each other if not for the said party, and even used their party as a platform to announce the engagement. If anything, they were good friends, so it felt upsetting not to be invited.

So, in turn, OP figured they’d probably also skip out on inviting the two to their annual Christmas party. And boy did it escalate quickly. The couple came back to them, saying they were very upset about not getting invited. Turns out, they consider OP’s party special, and not getting invited because they weren’t invited seemed petty.

Though a wedding sounds more personal than a Christmas party for hundreds of people, the nuance here is that the couple met each other at this party, thanks to OP 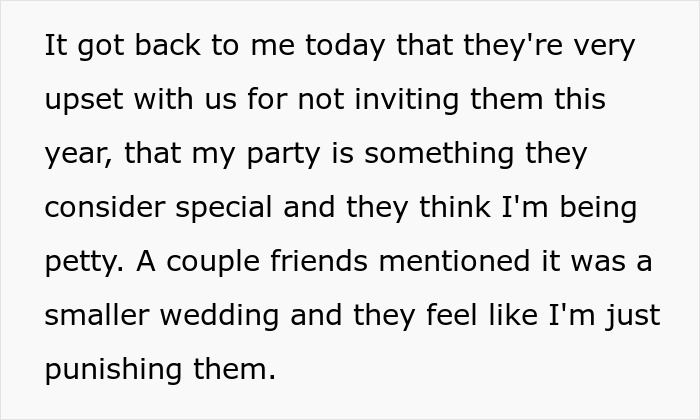 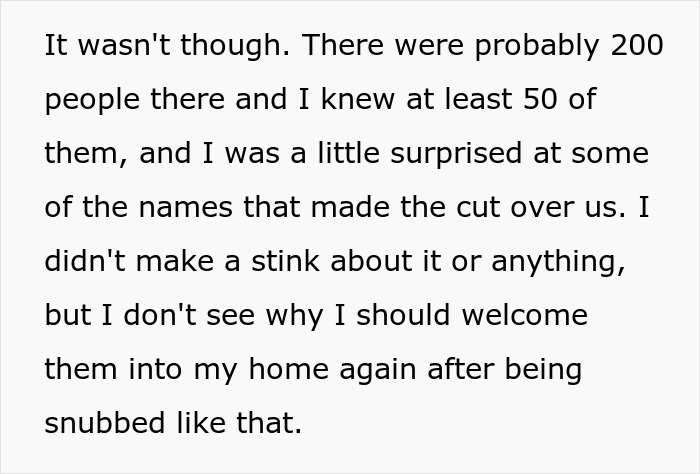 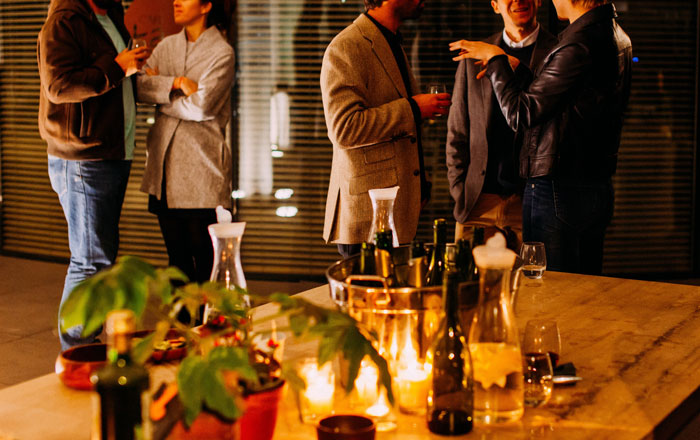 What made it worse was that a couple of mutual friends sided with the married couple, explaining it felt like OP was punishing them. And besides, “it was a smaller wedding.” OP didn’t agree with that last bit as there were around 200 people invited, at least 50 of whom were acquaintances. To top it all off, OP’s partner also sided with the couple.

Considering it all, OP decided to get to the bottom of this by passing the question on to the Am I The A-Hole? community on Reddit. And they ruled that OP is not wrong to have not invited their friends back this year.

Across the board, folks said that the host is not wrong to do what they did—it’s their party 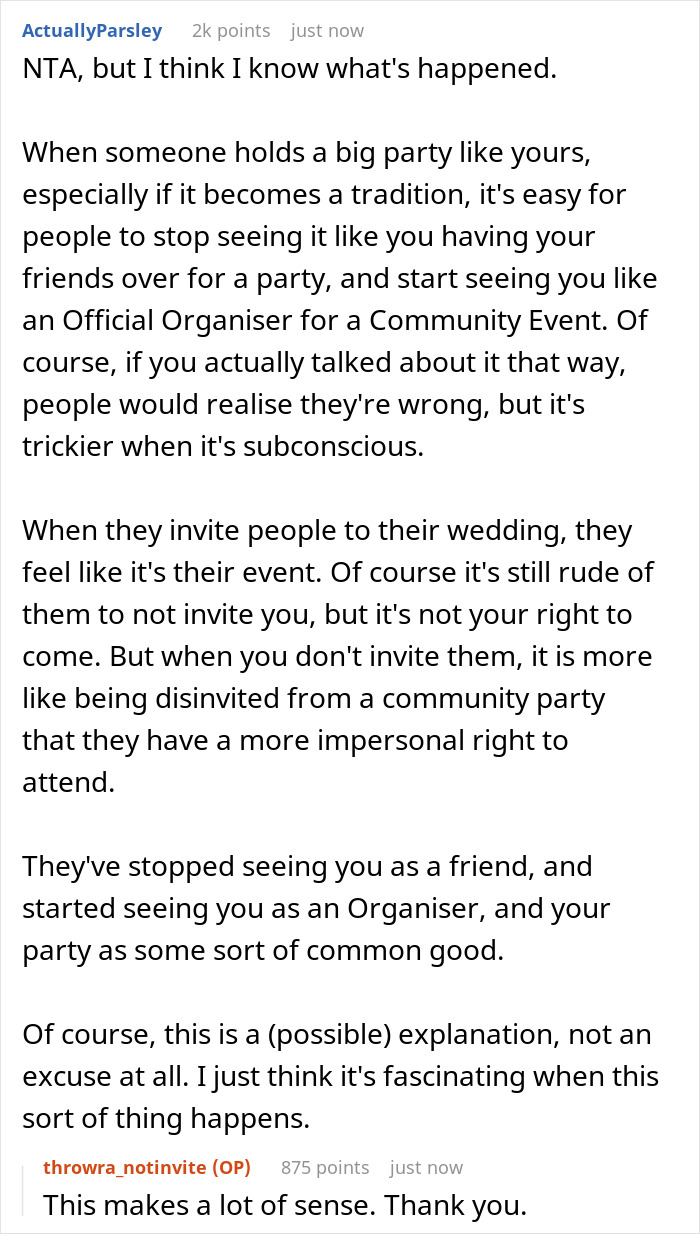 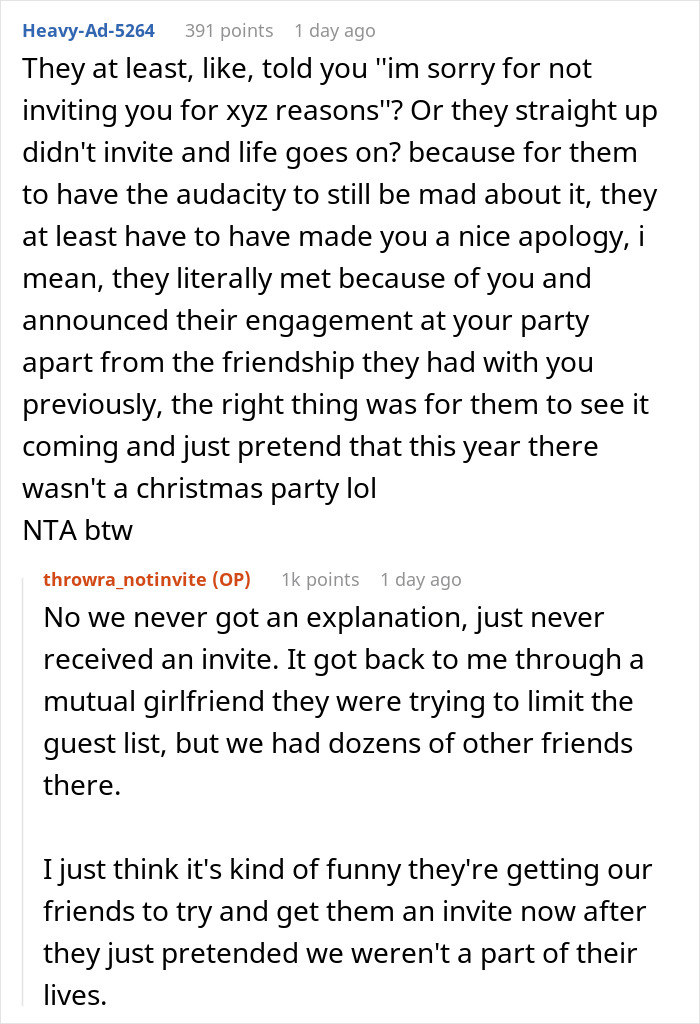 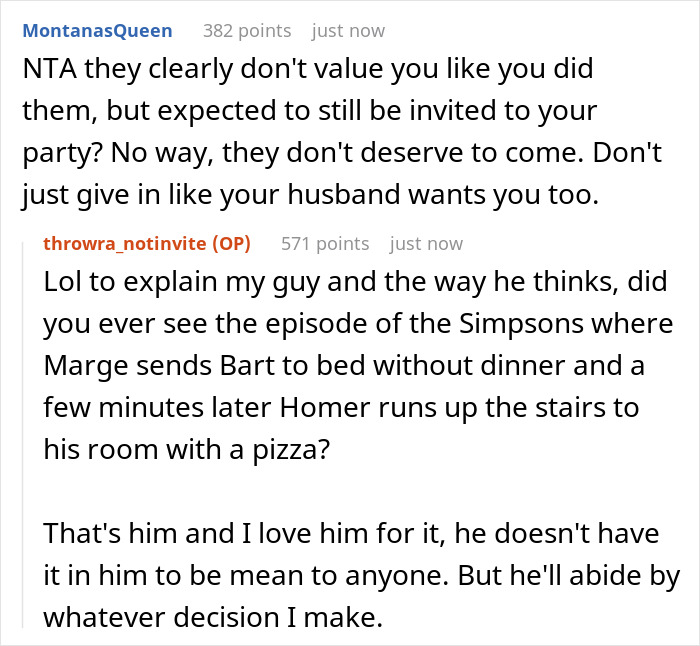 The NTAs in the comment section justified OP’s decision by, first and foremost, stating that it’s their party, and so they decide who’s in and who’s out. But besides the fundamentals, one commenter speculated that this conflict might have happened because OP’s party, having become a tradition, subconsciously looks like an “Official Organizer and Community Event” sort of deal, therefore it didn’t feel as personal as a wedding did, and weddings are always carefully curated when it comes to guest lists. 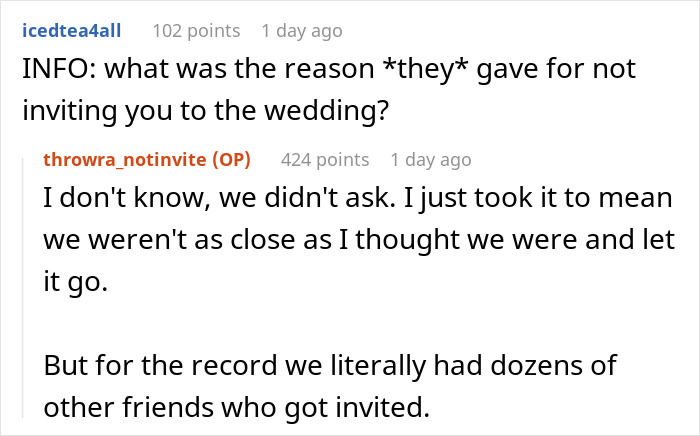 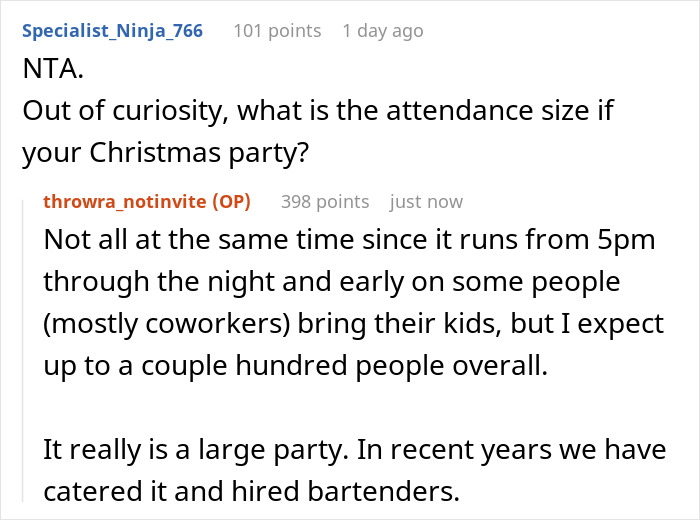 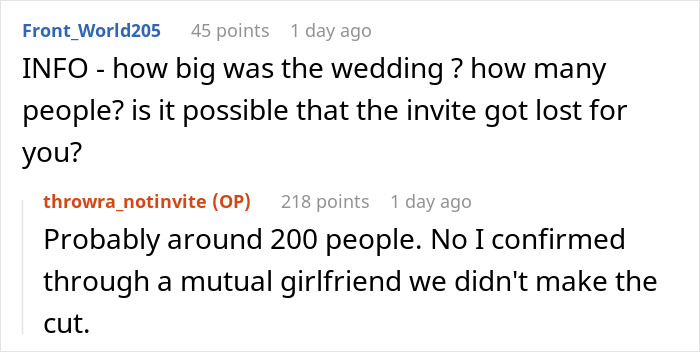 Folks also asked for more information in the comments, like if the couple explained why they didn’t invite OP to the wedding, how big the party usually is, details as to whether they were introduced by OP (they were) and the like. In fact, OP was quite active in the comments. 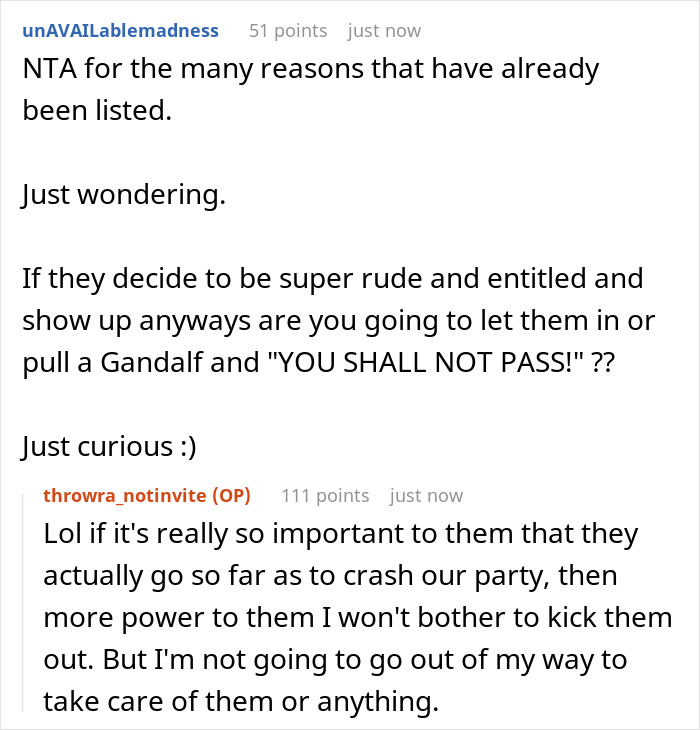 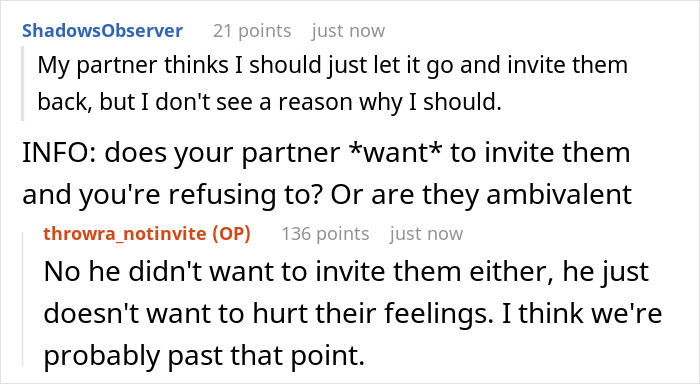 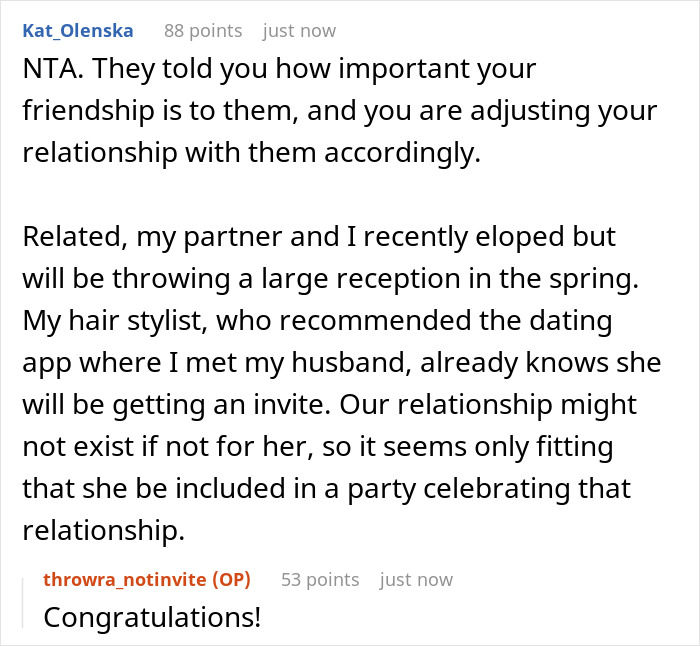 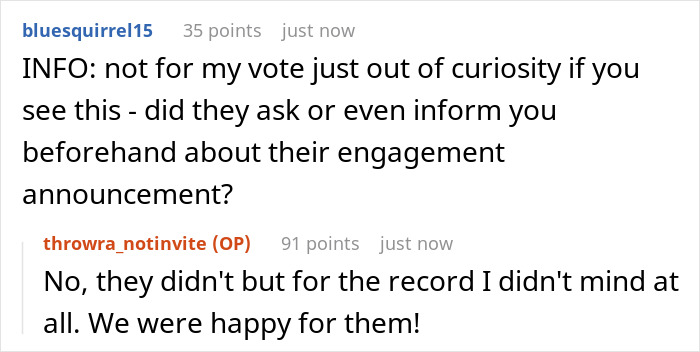 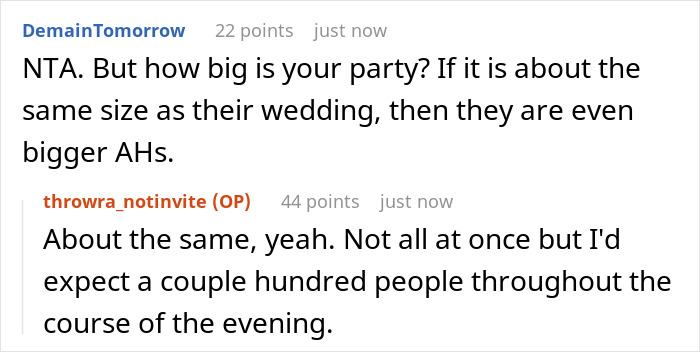 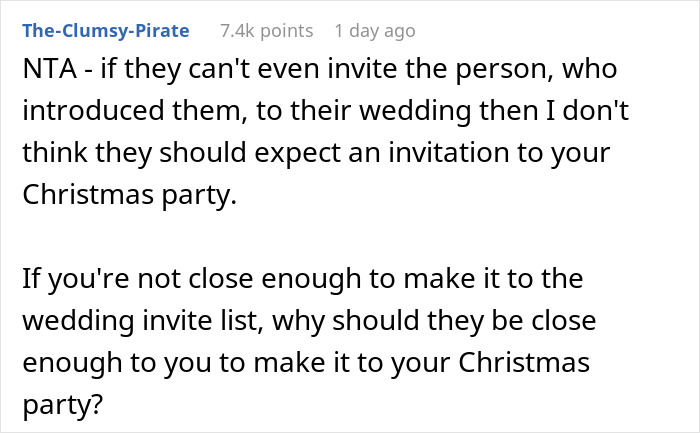 Speaking of comments, you can read all of it in context here. But don’t forget to leave a comment and play the judging game in the comment section below!

The post Person Asks If They’re Wrong For Not Inviting Best Friend Over For Christmas After They Were Excluded From Her Wedding first appeared on Bored Panda.