Sweden is a unique country. Famous for its incredibly long summer days, mass output of pop music and high standard of living, the nation is usually seen in a positive light online. Recently, it’s made the news for introducing “sexy trashcans” and applying to join NATO. However, about 3 weeks ago, the internet was abuzz after someone shared on Reddit that when they would visit their Swedish friend’s house as a kid, they would have to wait in the friend’s bedroom while the Swedish family ate any meals. The guest was never even offered food. The internet went wild discussing how bizarre they found this behavior, and some Swedes confirmed that their childhood experiences were similar. Bored Panda even published a piece last week featuring reactions to this Swedish quirk that you can read right here.

To help get to the bottom of this cultural phenomenon, Twitter User Wally Sierk posted a thread two weeks ago explaining why some countries are less likely to feed their guests than others. Below, you can read Wally’s explanation, as well as some of the responses it has received. Then we’d love to hear in the comments how you feel about all of this; is it common in your country to feed guests? Or do you follow the Swedish model of “please, wait in the bedroom until we’re finished”?

After the internet went crazy about Swedes not feeding their kids’ guests, one amateur historian and sociologist took to Twitter to explain why some countries are less likely to offer their guests food 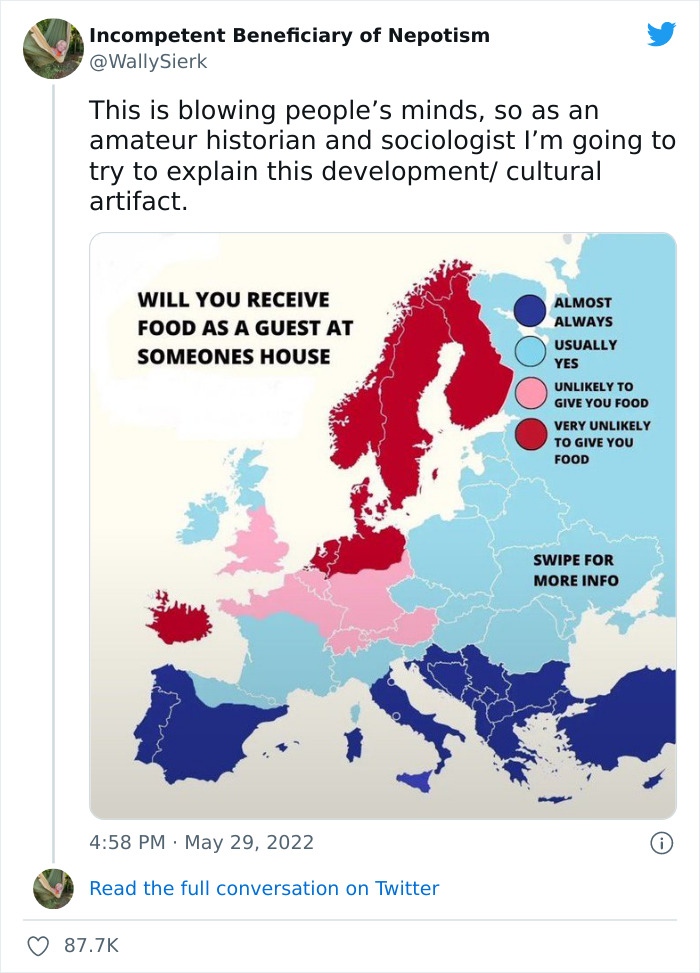 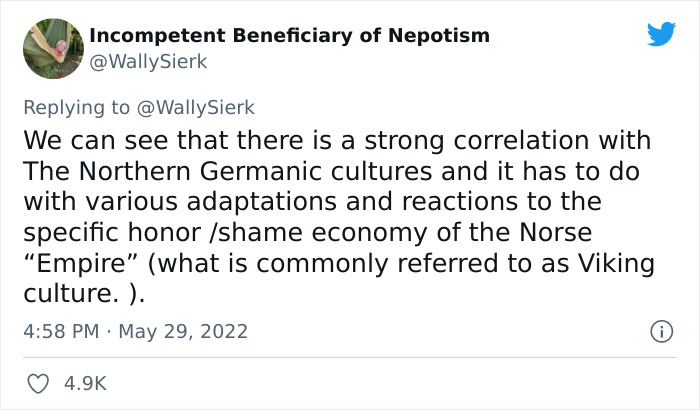 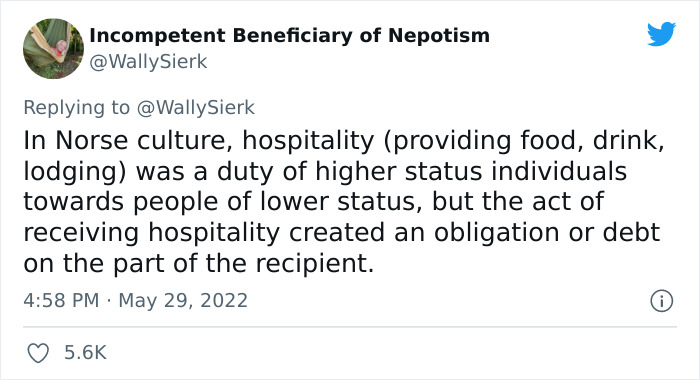 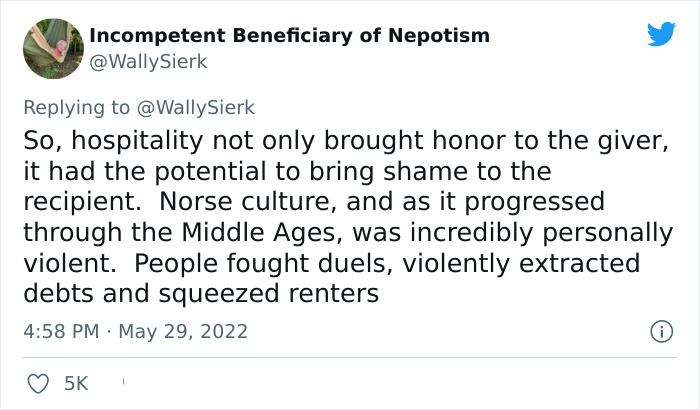 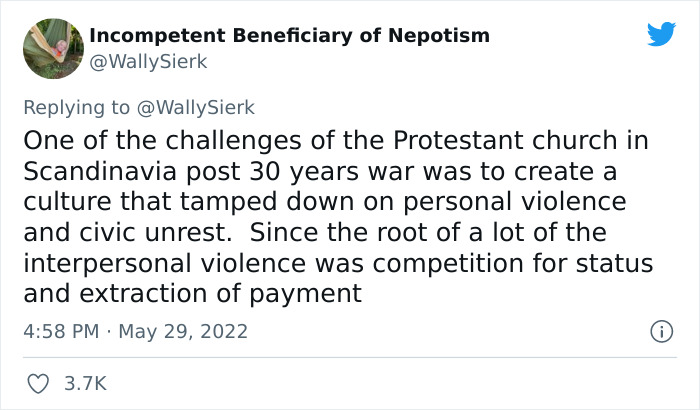 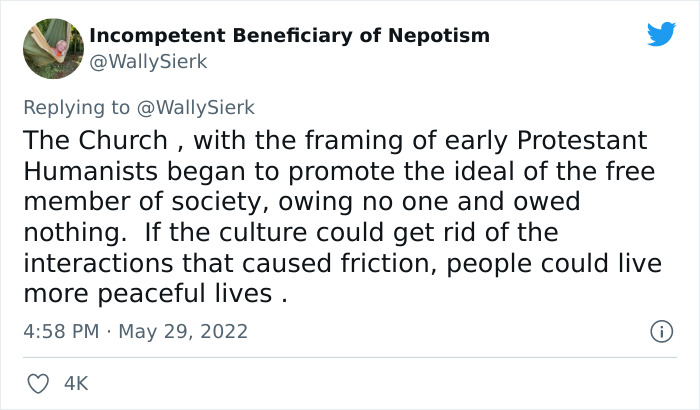 He explained that it can be traced back to the Protestant church attempting to minimize societal conflicts by making sure nobody owed anyone anything, so people cut down on hospitality 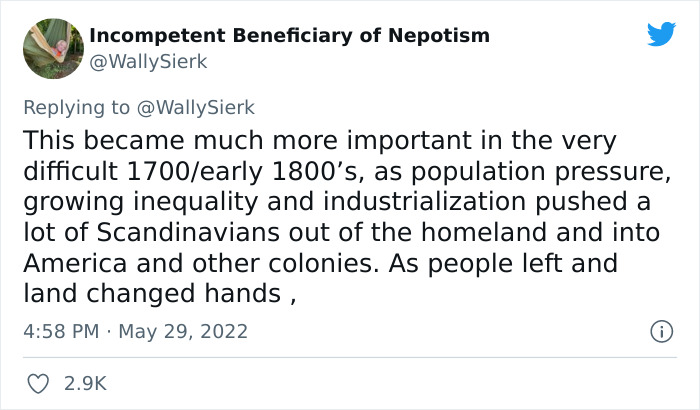 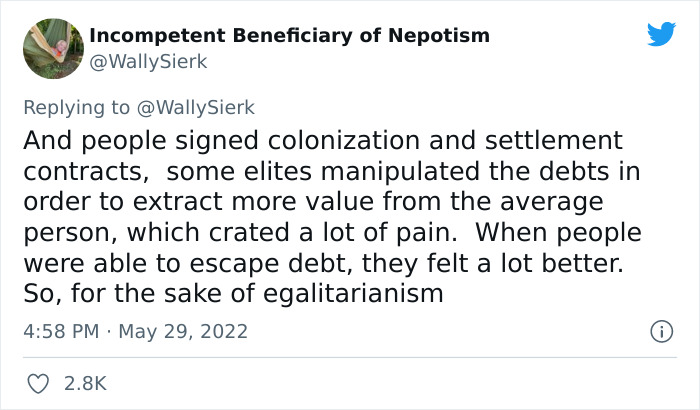 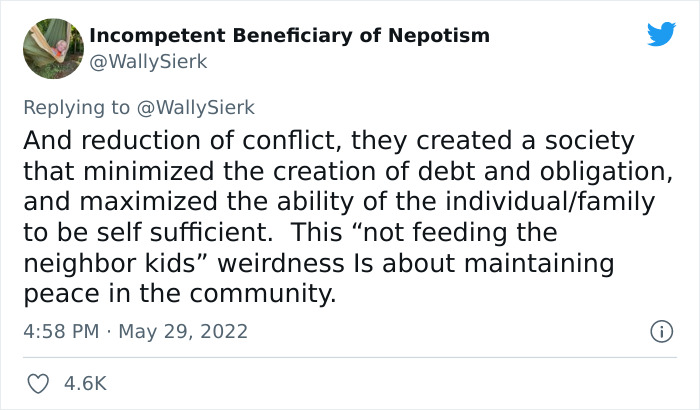 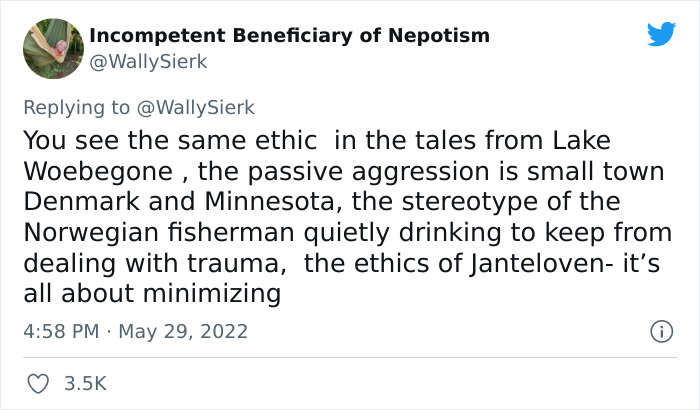 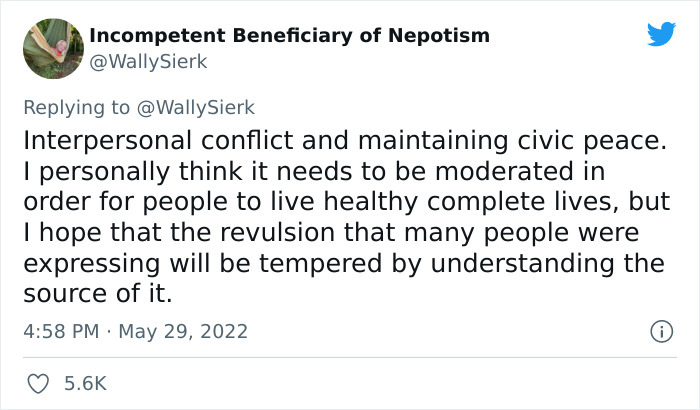 It’s interesting to learn that in some countries, giving others less was a solution to violence in society. Each culture has its own quirks, and apparently Scandinavia is not known for being particularly hospitable or friendly. According to InterNation’s 2017 Expat Survey, when it comes to the places where it’s easiest for expats to find friends, out of 65 countries, Norway, Denmark and Sweden all came in at the very bottom of the list. Finland didn’t do much better either, at the 57th slot. In terms of friendliness in the same 65 nations, Finland, Norway, Sweden and Denmark all ranked in the bottom 16 spots as well. Similarly, all of these countries fell in the bottom 20 spots when ranking places where expats feel most welcome.

On the contrary, Portugal was ranked the number one country where expats feel welcome, with Spain close behind at number six. Both of these countries were listed as places guests will “almost always” be given food on the map shared by Wally Sierk on Twitter. Portugal was also the number one “friendliest” nation for expats, while Spain was the seventeenth friendliest. And when it comes to where you can find friends, Portugal was the twelfth best country, according to expats.

Learning about different cultures is always important, so we have a better understanding of one another and avoid passing judgment. Many people on Twitter seemed appalled by the idea of not feeding a child’s guest, but if that’s the culture, who are we to judge? Some things will always be hard for foreigners to understand, but I’m glad Wally took the time to explain the interesting history of minimal hospitality among some northern European countries. So if your child has a Swedish friend who invited them over for a play date, there’s no need to be scared. (Maybe pack them some snacks though, just in case!)

Some readers responded with their own potential explanations, while others shared personal experiences of being fed (or not fed) as a guest 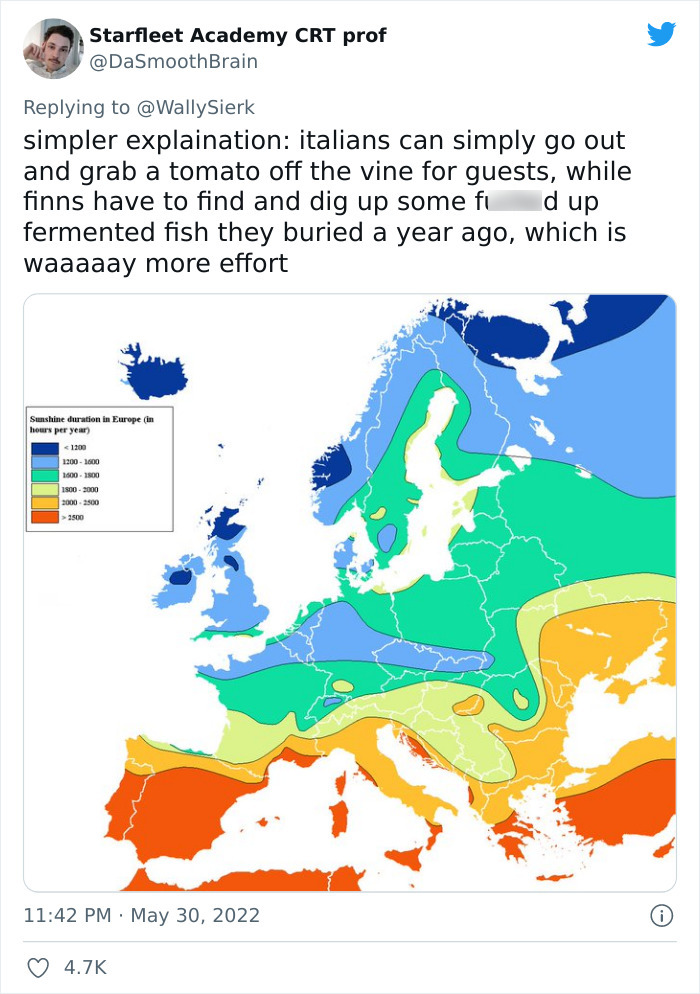 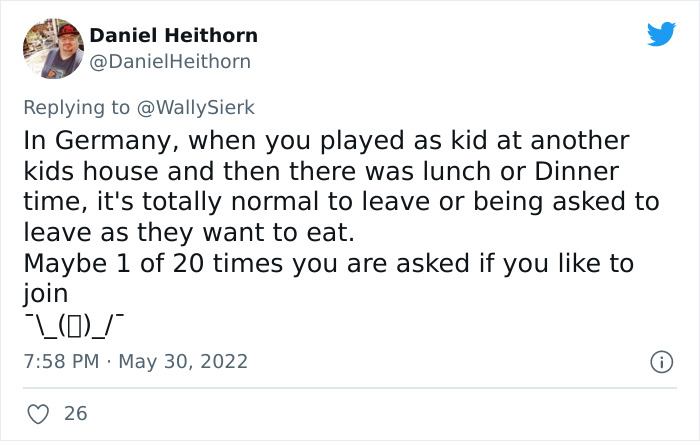 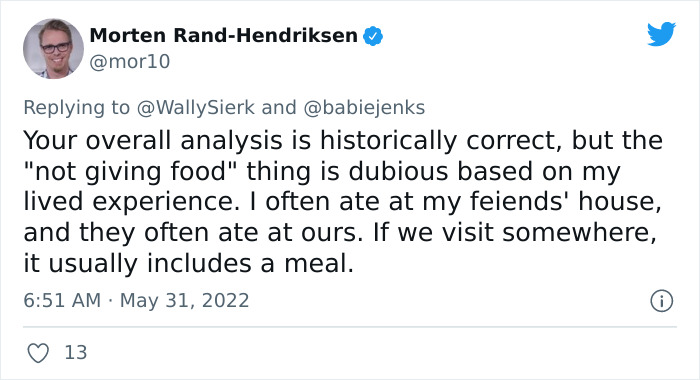 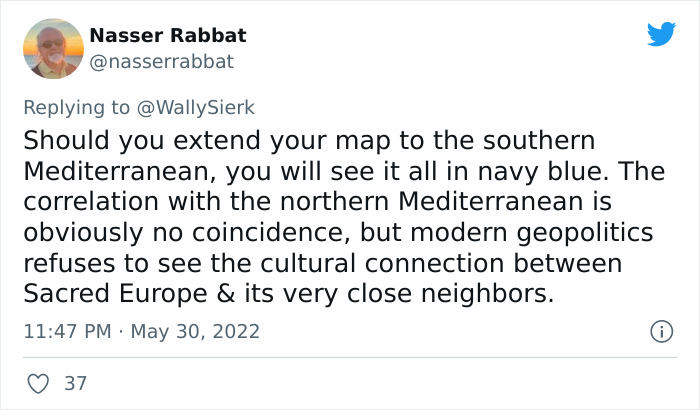 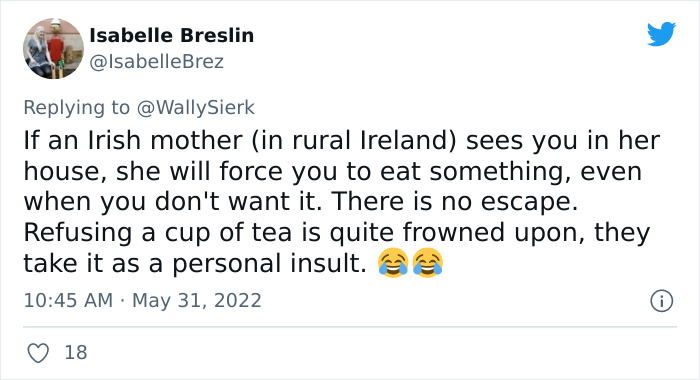 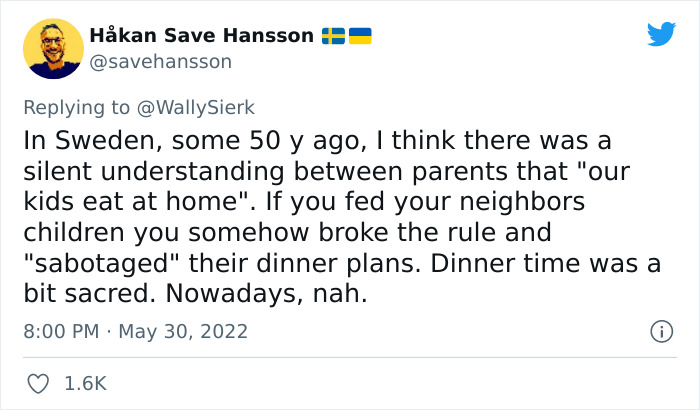 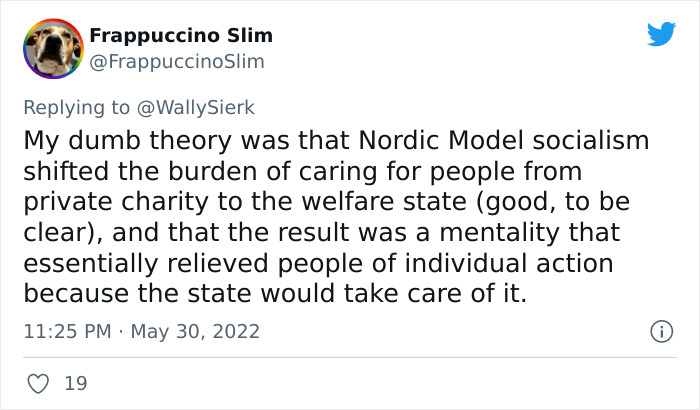 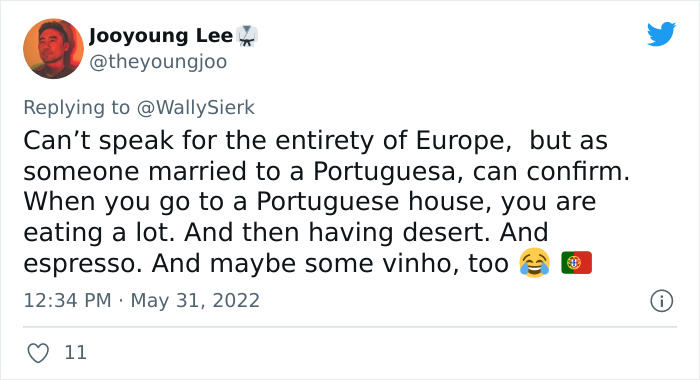 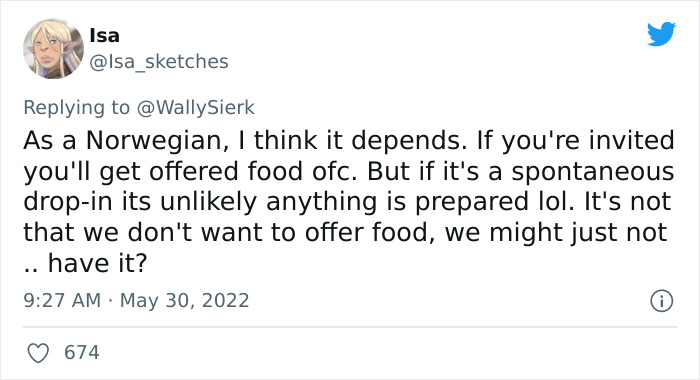 The post Person Explains Why You’re Less Likely To Receive Food As A Guest In Certain European Countries first appeared on Bored Panda.