Do you remember the joys of putting your two weeks notice in at the job you hate? The puzzled and jealous look on your colleagues’ faces (‘that bastard!‘); thinking over and over again the final thing you’ll say to your boss before dropping the mic. What a better way to start a new chapter of your life…

Or so the user ‘distortedmorals’ thought. As he tells it in his r/antiwork story, the exciting job offer author received right before the Christmas holidays was a blessing and a curse. Out of excitement, he prepared his resignation letter. But after handing it in, the author of the story was met with a rather distasteful comment from his boss. No wonder then that almost 80% of people who quit their jobs cite ‘lack of appreciation’ as their reason for leaving.

A moment passes and the next thing he knew – he was fired on the spot with those same two weeks to spare before his new gig begins. And while that may not sound like a terrible Christmas, the way it all turned out doesn’t seem exactly right. At least, that’s what more than 22 thousand users think about this distressing and, turns out, quite a popular scenario.

Scroll down to read the story in full. 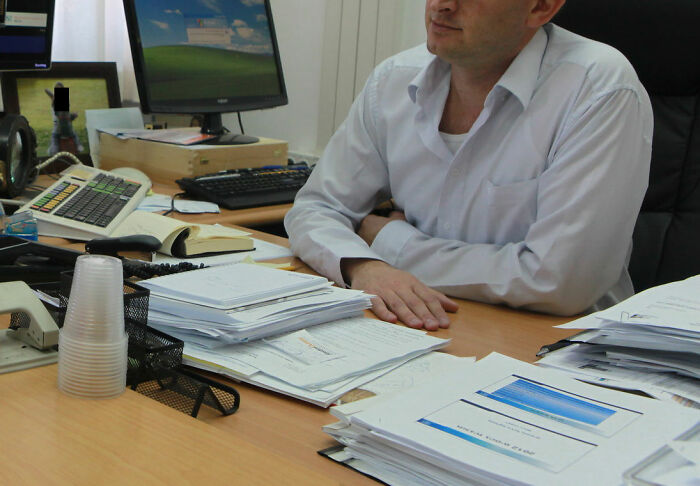 This is how all things escalated from 0 to 100 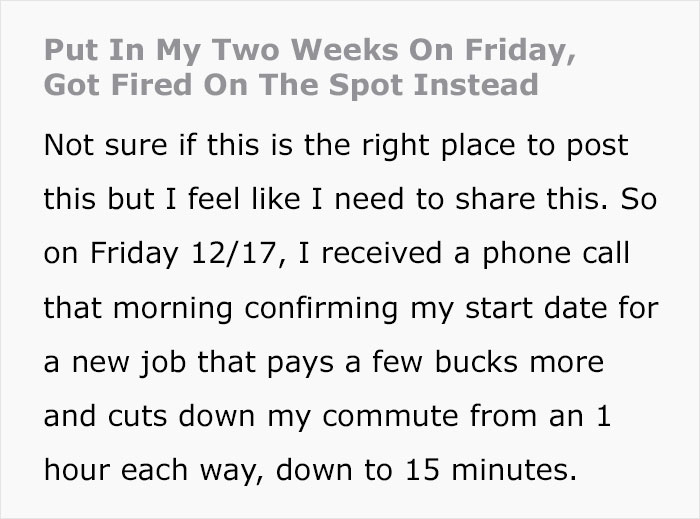 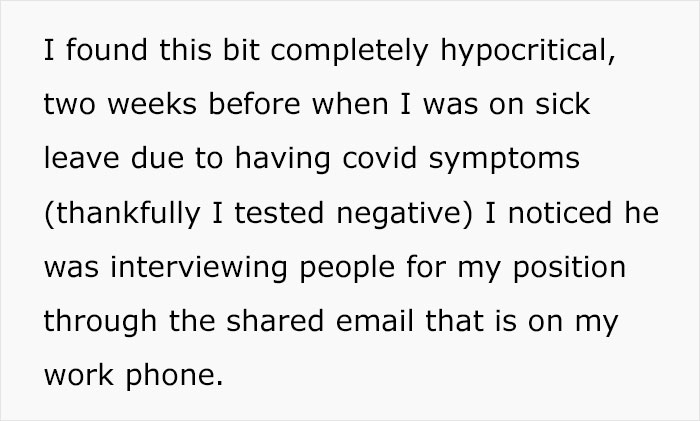 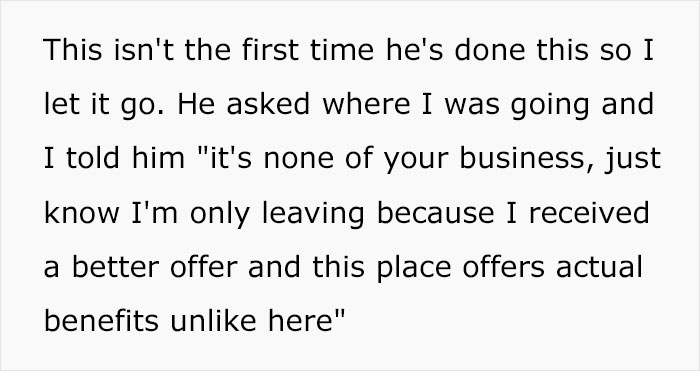 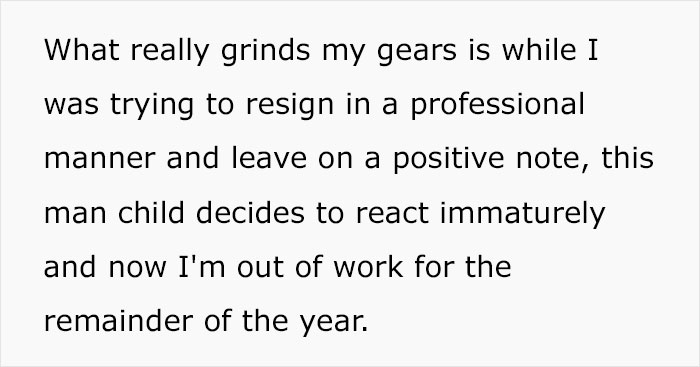 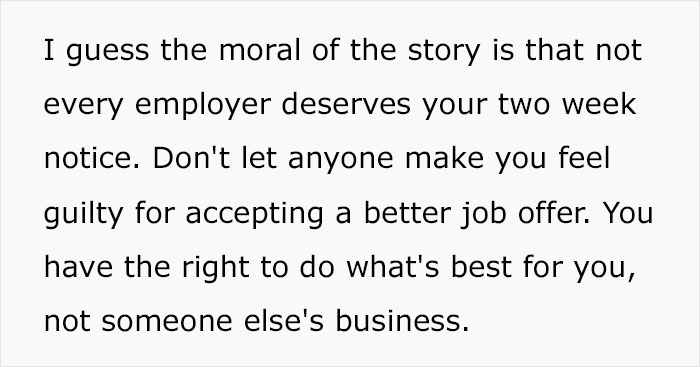 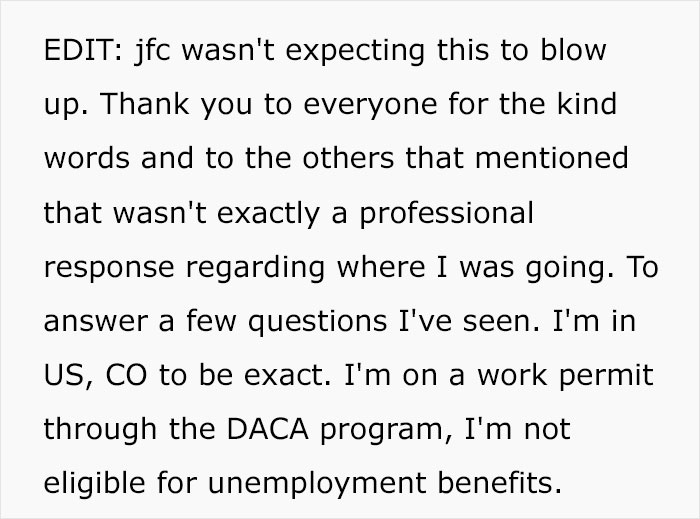 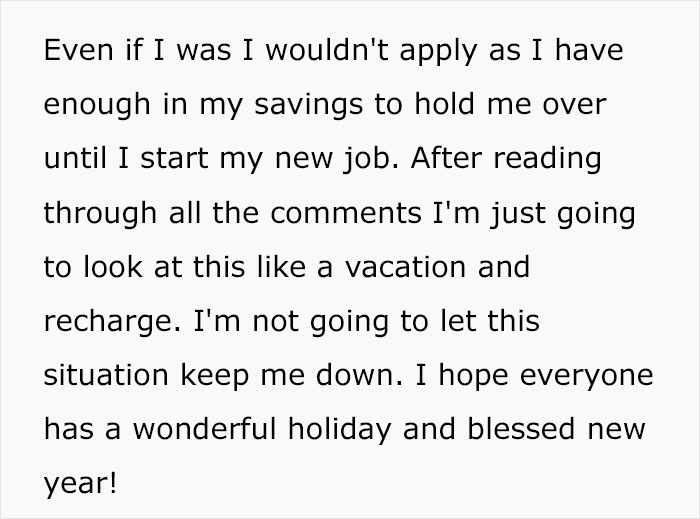 Everyone agreed that this is only for the better 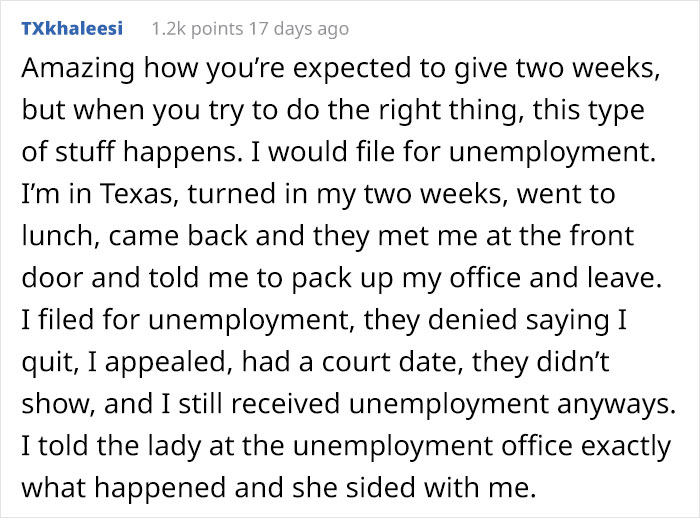 Learning that many people have had a similar experience in their life, we reached out to Charles Joseph, an employment lawyer based in New York City and the founder of Working Now and Then firm with an incredible track record to find out a few things about the situation. “It wasn’t professional, but it wasn’t illegal either,” Joseph told Bored Panda. “It doesn’t matter that he jumped the gun. You can’t get lost wages damages when you quit or even if they can show that you would have quit.”

That sounds rather worrying, right? It’s because of stories like this, the two weeks notice method feels quite antiquated and counter-intuitive. Delving deeper into this discussion, Joseph agrees that while firing from a workplace for no good reason may seem unfair, states and countries in Europe that do prohibit termination without cause also have their downsides. “In the US people can get a second, third and many more chances in life,” he explained. “Take a man who served time for a felony: in the US, an employer could take a chance on the candidate with a spotty work history reasoning that if she needed to, she could fire him.” When nearly one-in-three US citizens have a criminal record according to the newest data – it only seems fair.

In countries, like Japan, Brazil or France the systems are set up to protect employees from being sacked without a perfectly legitimate reason, as it should be. The trade-off, though: “It’s harder to get even a second chance [if you have a criminal record] because you are much harder to get rid of.” 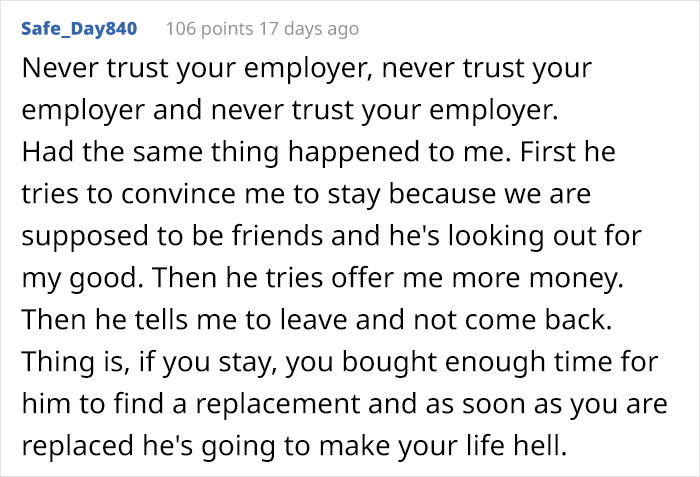 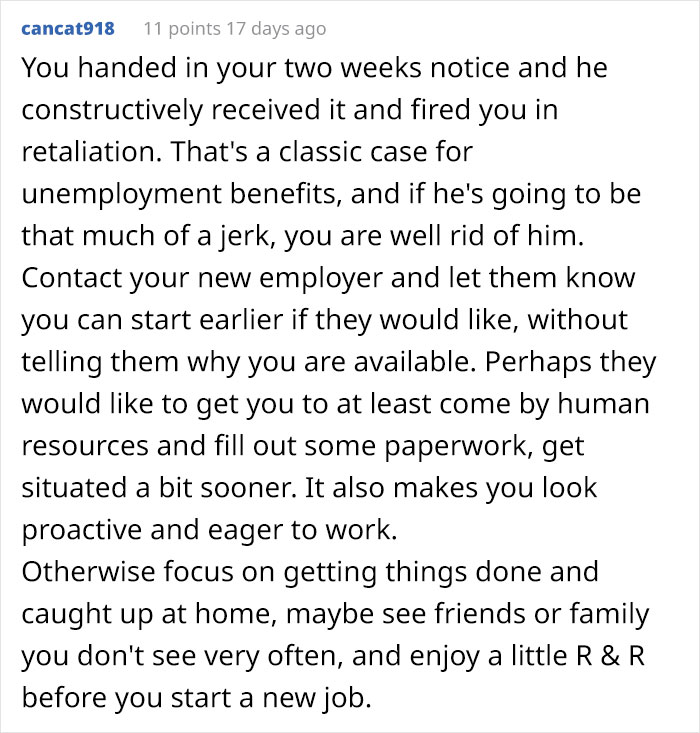 The post Person Gets Fired On The Spot By Their Boss After They Gave Them Their 2 Weeks Notice first appeared on Bored Panda.