Office life is full of drama, and this story proves that you can become the villain even without doing anything.

A now-deleted Reddit user made a post on the subreddit ‘Am I the [Jerk]?‘ describing a particularly weird spot they ended up in.

Some time ago, one of their colleagues started asking around if somebody could “donate” their paid time off to her so she could attend to her sick daughter.

Eventually, word got out that our Redditor had a few days, and the woman confronted them. However, she received a negative reply, and the whole thing quickly escalated. 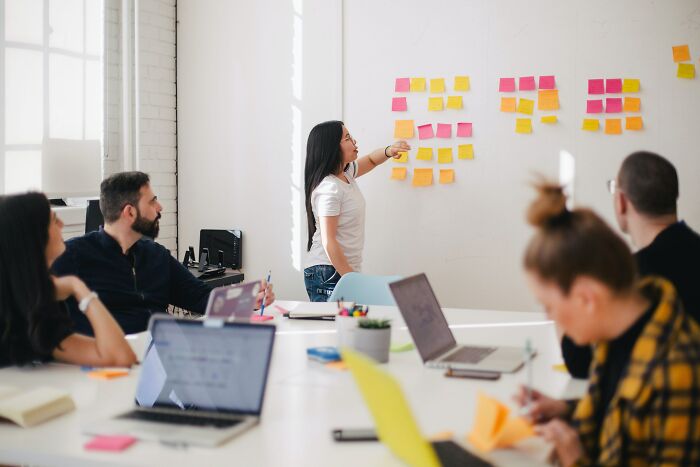 But a coworker started demanding they “donate” their “savings” 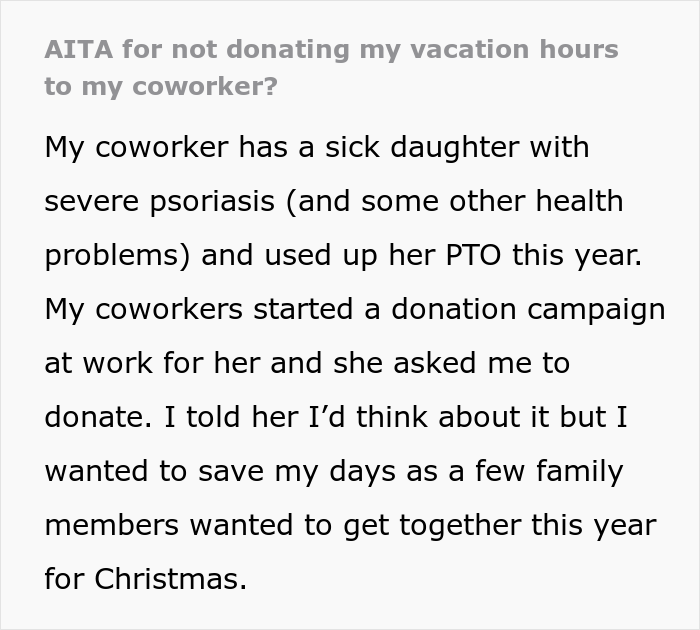 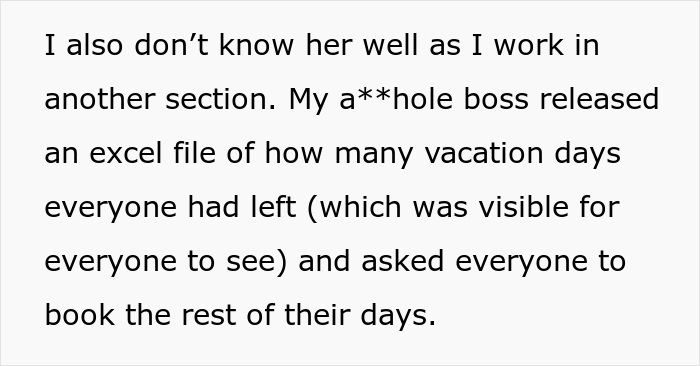 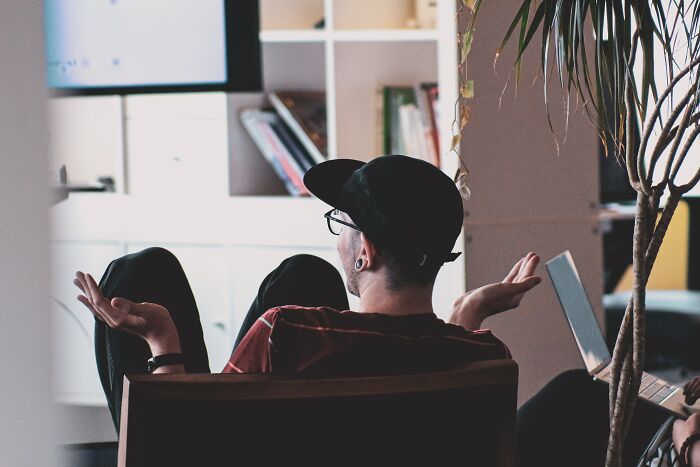 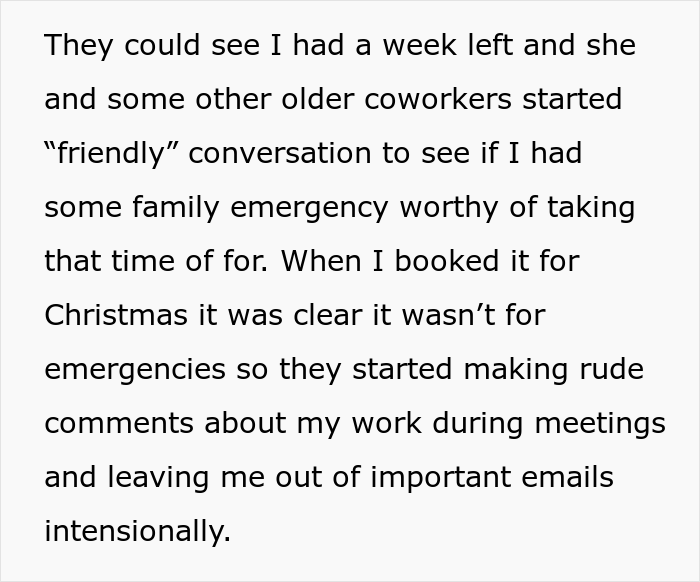 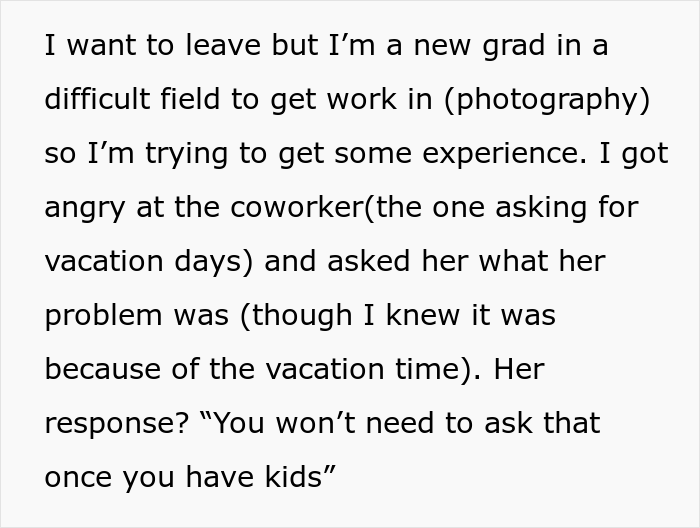 American workers are actually notorious for being workaholics. Since March of 2020, an overwhelming majority of U.S. employees have shortened, postponed, or canceled their vacation time, according to one survey of 2,000 people within the country.

Another recent study found that 26% of its respondents had never taken two weeks of vacation at one time.

And the Center for Economic and Policy Research has even gone so far as to call the U.S. the “No Vacation Nation.”

However, leaving vacation time on the table is taking its toll on us. A recent study by the World Health Organization (WHO) found that 745,000 people died in 2016 from heart disease and stroke due to long hours and said the trend might worsen due to the Covid-19 pandemic. The research suggested that working 55 hours or more a week was associated with a 35% higher risk of stroke and a 17% higher risk of dying from heart disease than a workweek of 35 to 40 hours.

So saying that our Redditor had “nothing to lose” by giving up their paid time off is actually simply not true.

Not to mention that going on holiday makes you feel more present and stimulated. “When we travel, we are usually breaking our normal routine,” Richard Davidson, professor of psychology and psychiatry at the University of Wisconsin–Madison, and founder of the Center for Healthy Minds, told Forbes.

That means we break our autopilot cycle. “[The] decreased familiarity is an opportunity for most people to be more fully present, to really wake up,” he explained.

According to other research, meditation and vacations appear to have overlapping effects—the report discovered that both meditation exercises and vacationing were associated with higher levels of well-being and increased mindfulness.

So think twice the next time someone (or your own brain) tries to rationalize you out of getting some well-deserved rest!

People think the original poster (OP) had every right to refuse 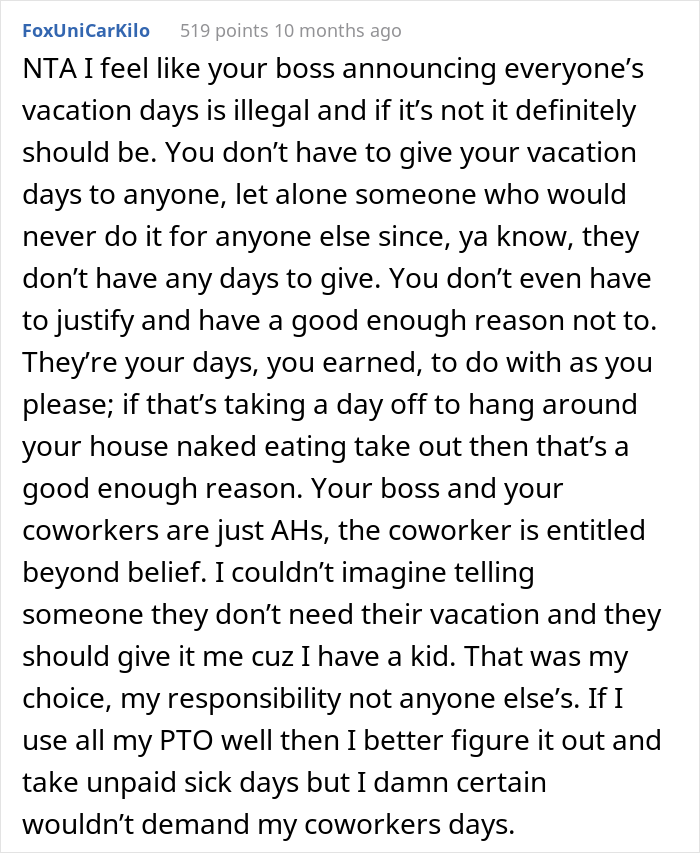 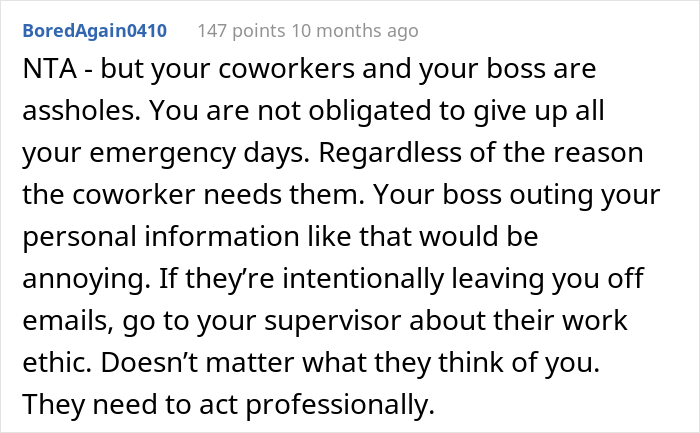 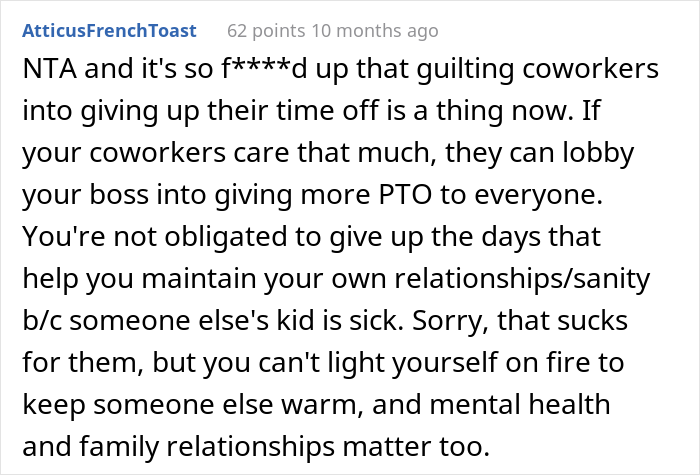 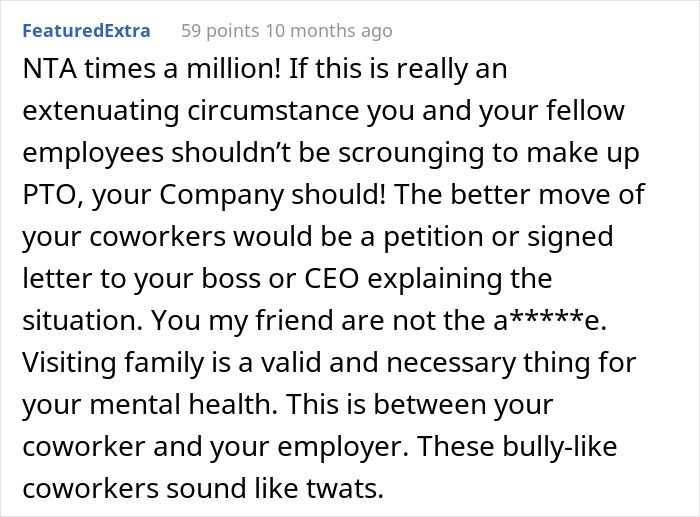 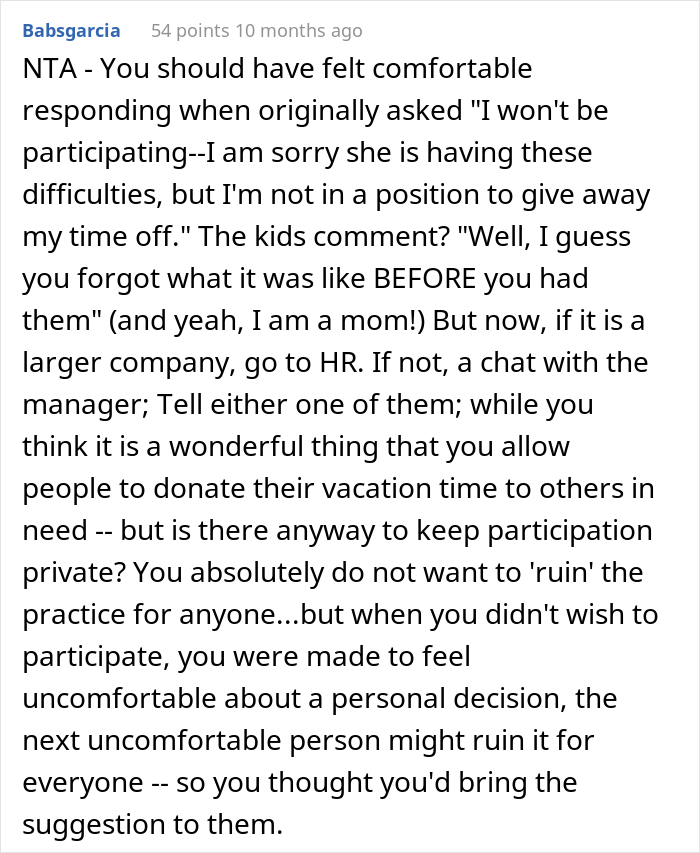 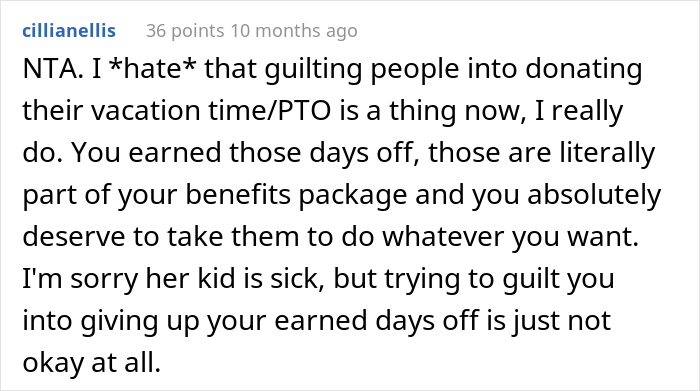 The post Person Is Fed Up With This Mother Bullying Them Into Giving Up Their Vacation Days And Finally Snaps, She Claps Back With “You Won’t Need To Ask That Once You Have Kids” first appeared on Bored Panda.

Woman Leaves Work To Go Home Because Of High Fever, Her Boss Bangs On Her Door And Calls The Cops