If you have ever had a job you hated, you may have spent a few shifts daydreaming about dramatically quitting and disappearing in a puff of smoke. Of course, in real life, it is more likely that you will have a tense or awkward, but overall anticlimactic, conversation with your manager and then be required to work two more weeks before you actually taste freedom. If you are extremely frustrated with your employer, you can quit on the spot. But even this does not usually cause a scene that could have been straight out of a film script.

One former employee of a cell phone carrier store, however, recently detailed how quitting that job became much more dramatic than they would have ever anticipated. Below, you can read the full story that PosterMcPoster shared on the Antiwork subreddit, and then let us know in the comments what you think of the situation. Enjoy reading this story that might inspire you if you’re currently working a job that makes you want to rip your hair out, and then if you’re interested in another Bored Panda article featuring r/Antiwork, check out this story next. 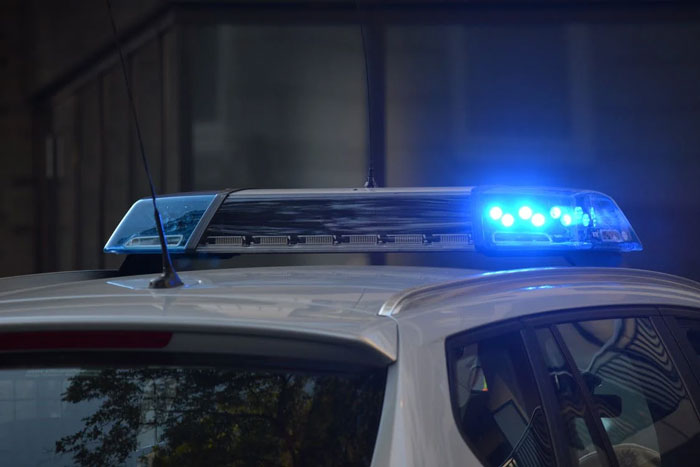 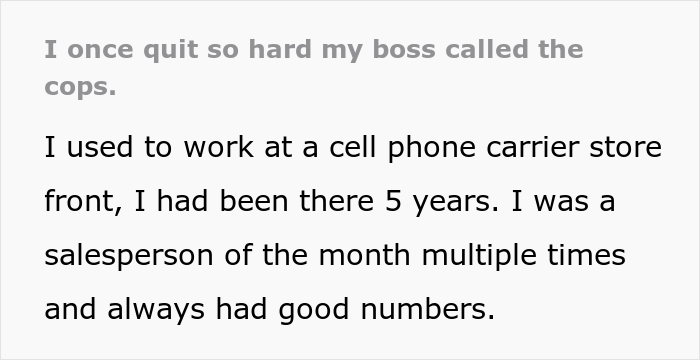 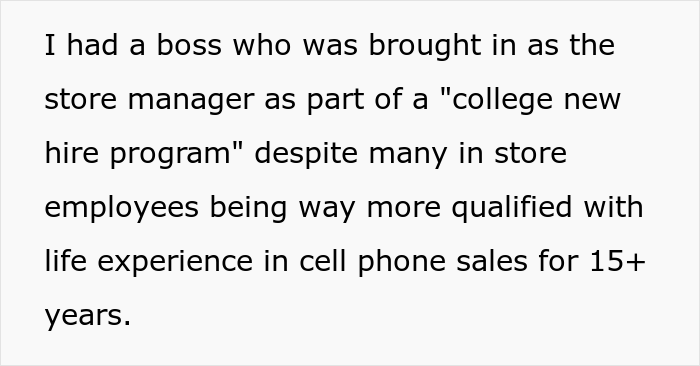 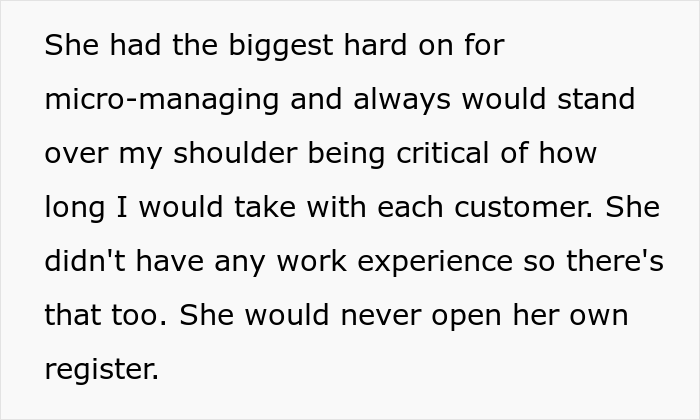 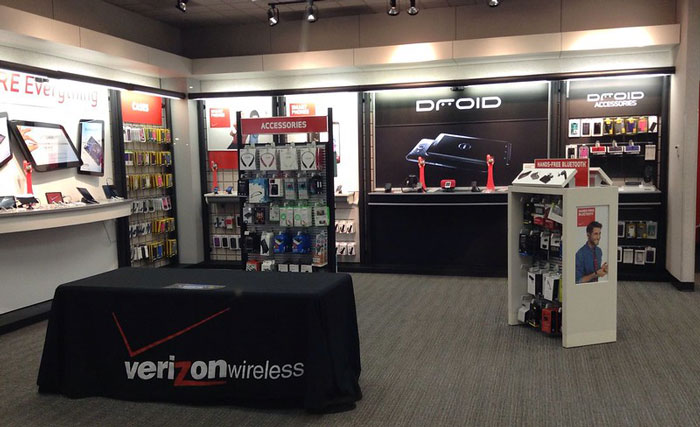 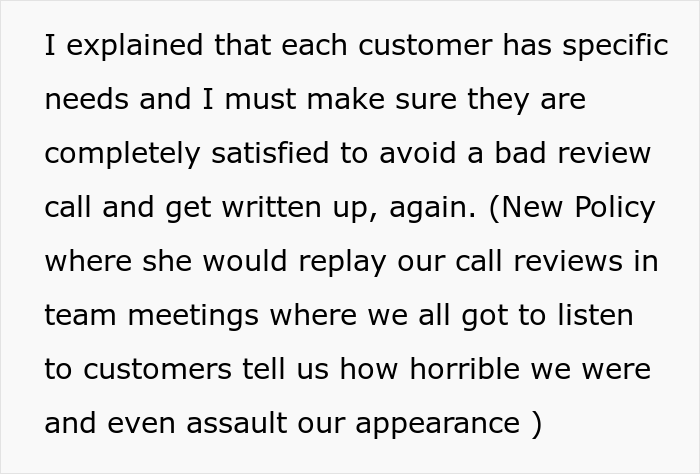 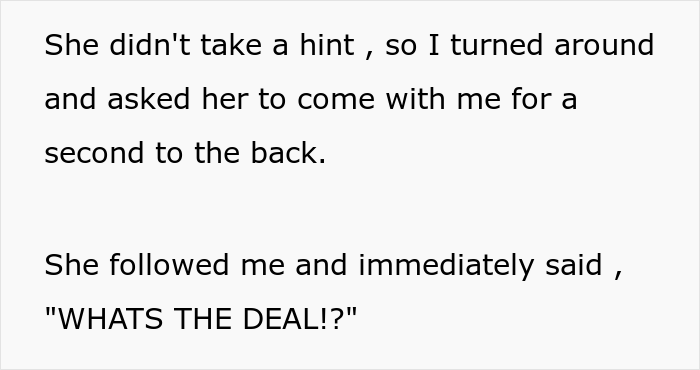 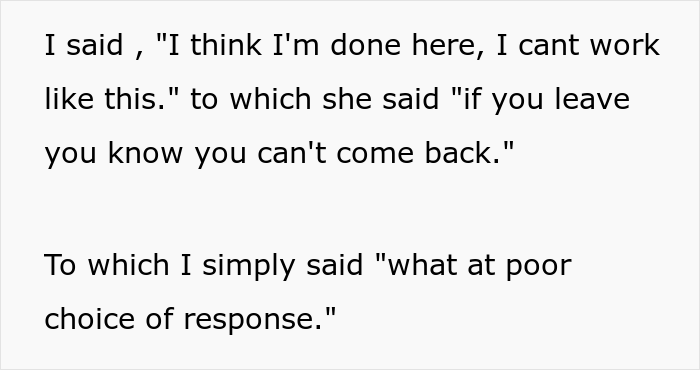 The employee intended to quit and be on their way, but their boss felt the need to escalate the situation 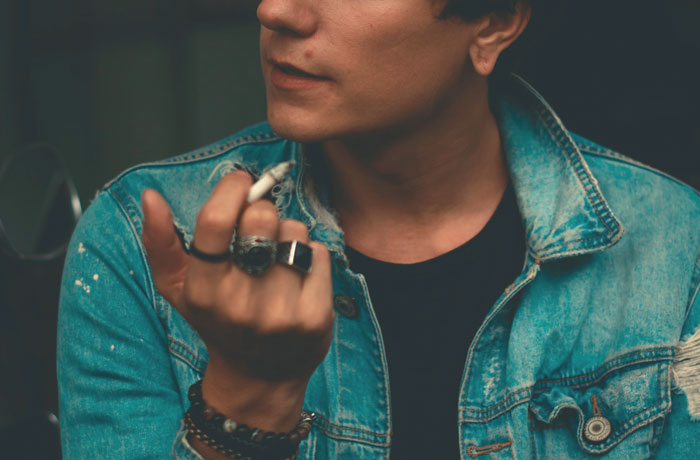 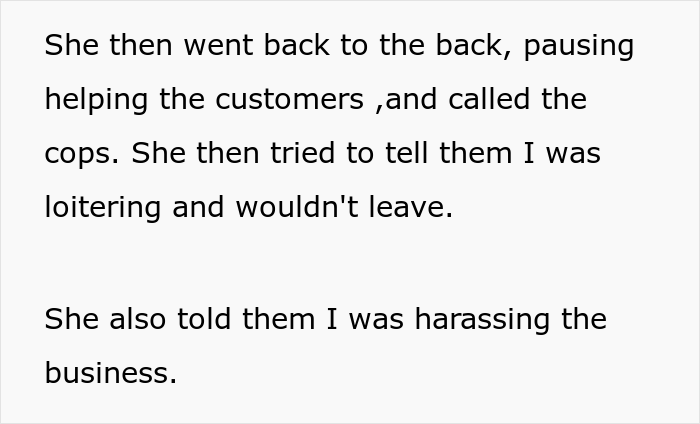 Since the onset of the pandemic in 2020, The Great Resignation has bloomed as well. We are not sure when PosterMcPoster quit this job, but one thing we do know is that it is becoming increasingly common for frustrated employees to quit, especially on the spot. According to the World Economic Forum, about one fifth of workers intend on quitting their jobs before the end of 2022. Most of them desire higher salaries, but over two thirds also say they want to find more fulfillment in their careers. When a manager who is not as qualified as their employees, like the one mentioned in this post, is brought in, there is almost no chance that workers will be willing to cooperate. They know their worth, and they are no longer scared of leaving.

The World Economic Forum also explains that if companies want to retain their employees, they must be willing to “tailor their workforce strategy to the unique needs of their workers”. As Professor Dr. Isabell Welpe of the Technical University of Munich stated, “The new normal with more possibilities for asynchronous work should enable a win-win situation for workers and organizations alike,” she said. “The pandemic has also shown that companies that have focused on recruiting highly trustworthy, highly committed and performance-oriented individuals found the transition to more flexible and future-oriented work much easier.” Not every business will be able to allow for flexible work environments, but every business can certainly listen to their employees and ensure that they are satisfied.

What do you think of this dramatic quitting story? PosterMcPoster never intended to cause so much of a scene, as they had no part in calling the police, but they were pushed too far past their comfort zone at work. It is vital that bosses take employee feedback seriously and do not end up running all of their workers off without any self reflection. Otherwise they may end up with a line of 15 people trying to purchase cell phones and nobody around to help except a few confused cops. Let us know in the comments if you have ever dramatically quit a job on the spot or how you would have responded in this situation.

Readers have applauded the worker and expressed their respect 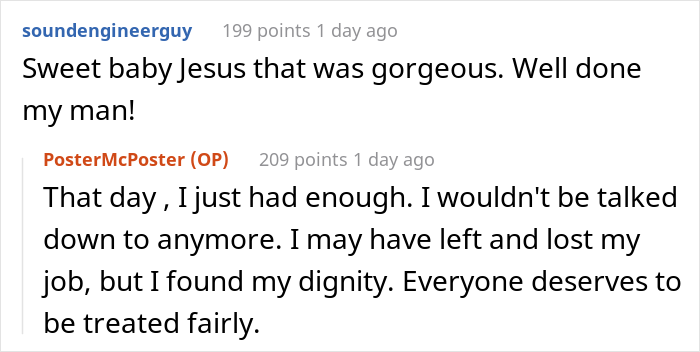 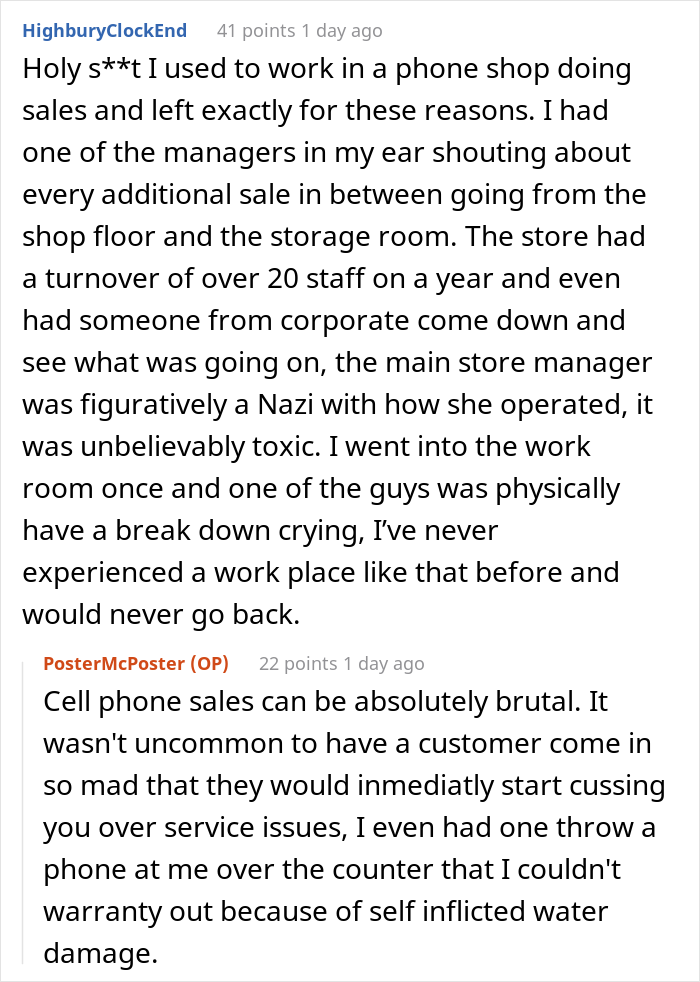 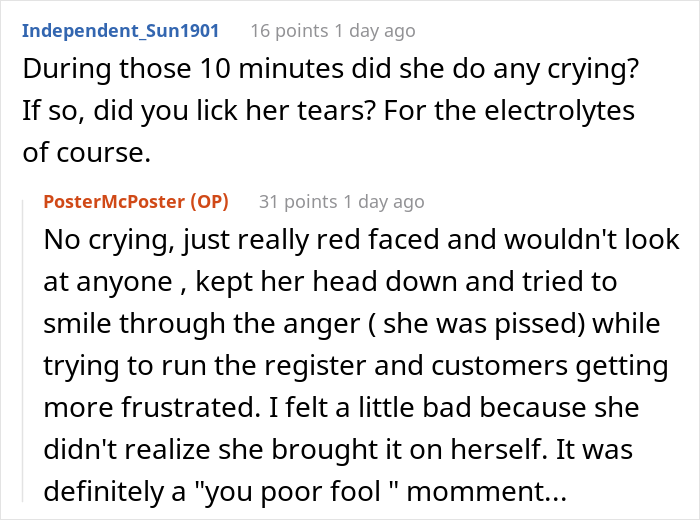 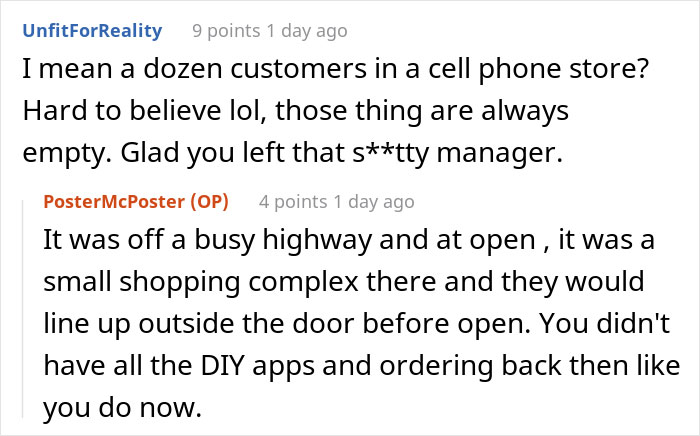 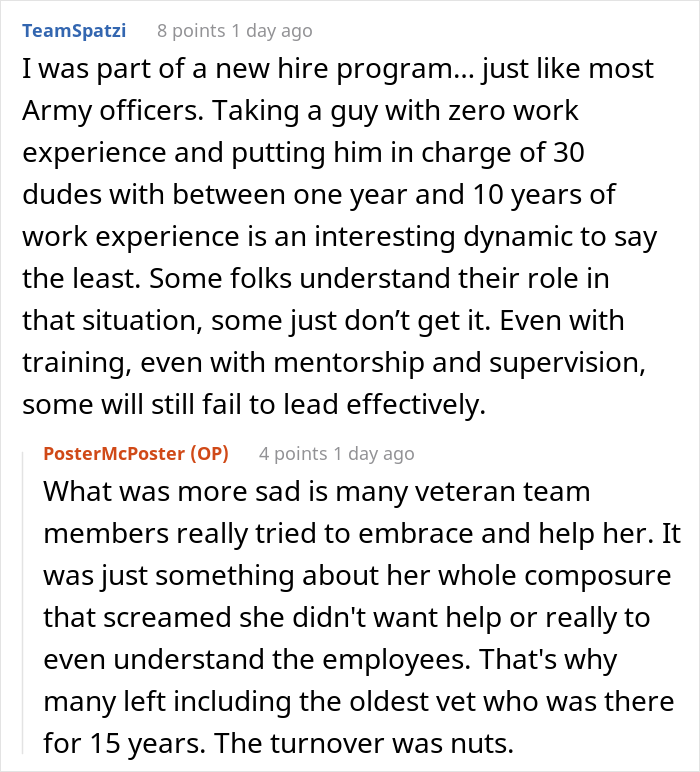 The post Person Shares How They Once “Quit So Hard,” Their Boss Called The Cops first appeared on Bored Panda.