On September 20, 1977, between midnight and the early hours of the morning, people over a vast region in eastern Europe, stretching from Copenhagen and Helsinki in the west to Vladivostok in the east, observed an unusual light phenomenon in the sky. According to various eyewitness reports, an unidentified luminous object appeared suddenly on the dark sky, sending pulsed shafts of light to earth. It then moved slowly and silently towards the city of Petrozavodsk and spread over it in the form of an enormous “jellyfish”. It remained suspended there, showering the city with a multitude of extremely thin beams, like pouring rain. After some time, the beams of light vanished, and the “jellyfish” turned into a bright semicircle and resumed its movement in the direction of Lake Onega, where it slowly dissipated. The entire phenomenon lasted for 10 to 12 minutes. 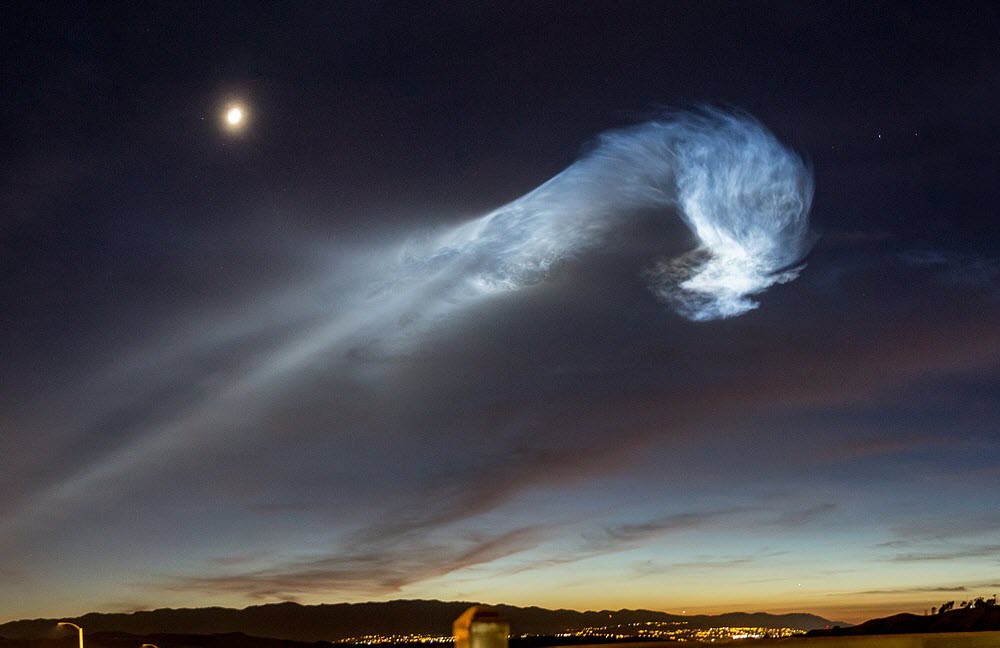 The wake of a Falcon 9 rocket seen from California on 22 December 2017. Residents of Petrozavodsk saw something similar on 20 September 1977. Photo: Kevin Gill/Wikimedia Commons