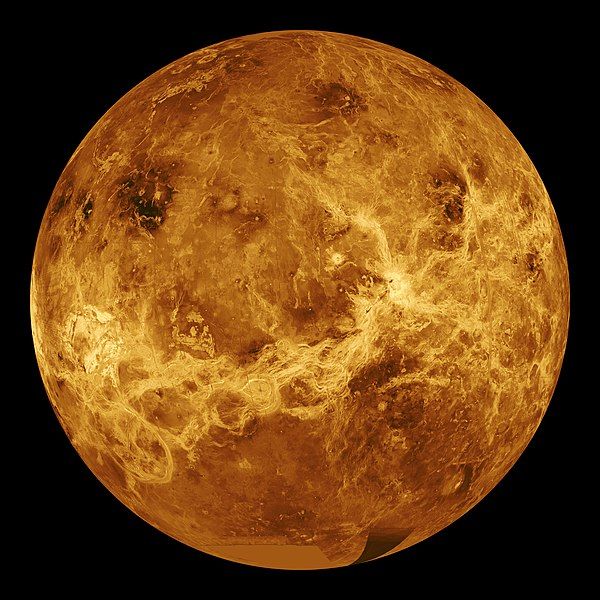 Phosphine can be created in the lab, but as a naturally-occurring chemical, it is usually formed by the decay of organic matter. At least here on earth. It appears that astronomers have detected phosphine in the atmosphere of Venus. It’s too early to say what that really means, but the news is exciting.

The presence of phosphine is seen by many astrobiologists as a “biosignature” i.e. an indicator of the possible presence of life. The detection was made by the Atacama (ALMA) array located in Chile and the James Clerk Maxwell telescope located in Hawaii. The research team includes members from the University of Manchester, the Massachusetts Institute of Technology, and Cardiff University. A paper will appear in the 14 September issue of Nature Astronomy.

From what we’re told the researchers have concluded that abiotic mechanisms (i.e. ones that do not involve life) that might produce phosphine cannot account for the large amount that they have detected. The phosphine has been detected in the region within the atmosphere of Venus that is considered by some to be potentially habitable.

Much more research is needed to detect whether this might mean that microbial life forms are floating in Venus’ atmosphere, or possibly that some life existed long ago. Or maybe it means that some mechanism for producing phosphine exists on Venus that does not exist on Earth. See a video on the subject at Astrobiology. The announcement from the Royal Astronommical Society is here. -via reddit

Rating Phosphine Detected In The Atmosphere of Venus – An Indicator of Possible Life? is 5.0 / 5 Votes: 1
Please wait...
Loading...
Related articles