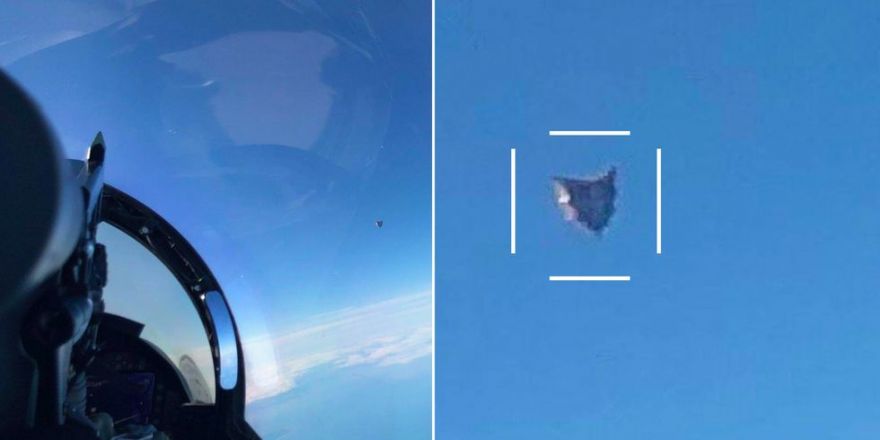 Move over, mysterious monoliths, there’s a new conspiracy in town. Time to bring back your tinfoil hats on, as an unclassified image that was reportedly circulated among U.S. intelligence agencies has leaked online. The unidentified aerial phenomena (UAP), the Pentagon’s term for unidentified flying objects, is silver and cube-shaped:

The Debrief’s Tim McMillan, a contributor to Popular Mechanics, learned of the photo’s existence from a “defense official who has been verified as being in a position to have access to the UAPTF’s intelligence reports,” he writes. Three other government officials confirmed with McMillan that the photo, which was shared on a secure network used by the U.S. Intelligence Community, comes from a 2018 task force report.

A military pilot reportedly encountered the object while flying over the Atlantic Ocean on the East Coast of the U.S. in 2018 and captured it with their personal cell phone. It’s likely that a backseat weapons system operator on an F/A-18F Super Hornet took the photo of the object, which McMillan calls “inverted” and “bell-shaped,” and describes it having “ridges or other protrusions along its lateral edges, extending toward its base.”

It’s possible the object may be a GPS dropsonde, a sensor on a parachute that provides info on the vertical profile of a storm. But as McMillan points out (and confirms with an atmospheric researcher), the actual dropsonde doesn’t appear in the photo—just the potential square-cone parachute. And there would obviously have to be an aircraft above the object to drop it, and no such craft is visible in the image.

You Decide the Purpose of the Objects in the X4 Series