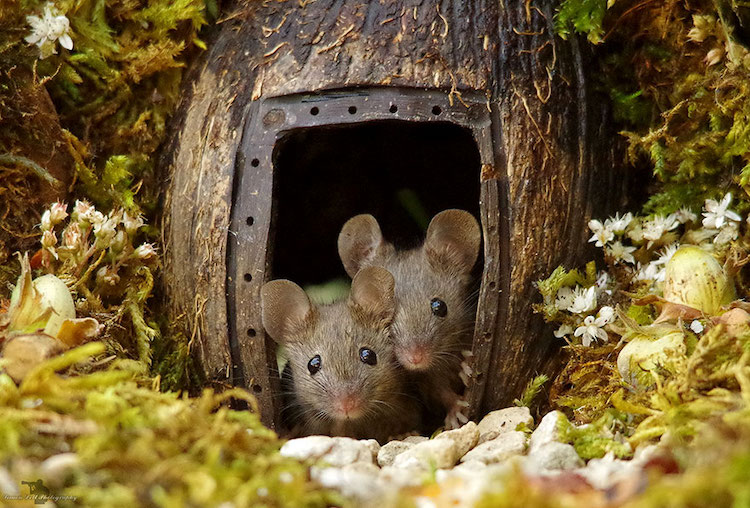 Photographer Simon Dell is a gracious host. One day, while in his garden snapping pictures of birds, he noticed that there was something moving beneath his feet. “I pointed my camera at the ground,” he recalled, “and was shocked but very happy to see a very cute little house mouse standing up just like a meerkat in the fresh cut grass.”

Instead of shooing the creature away, Dell decided to entertain the little guy. He recognized the mouse’s potential star power and retreated to his house to get some peanuts for him. “Sitting there, waiting, it was only minutes before he came back out for the treats.” Dell then had another thought: he would build a little shelter for the mouse, now named George, for him to “hide and feed.” The photographer started by piling small logs around a box and covering it with moss and straw. (The logs helped protect George from a curious cat standing nearby.)

A couple of days after Dell constructed the shelter, he noticed that another mouse was there, too. “I decided to build them a home as I wanted to give them a safe place in the garden and not fall prey to cats or other animals.” It was a win-win for both the mice and Dell. “Being a wildlife photographer, I wanted to create a nice looking habitat for any pictures I would take.” He fashioned tiny homes out of wood and hollowed-out fruit, and he also included little props for them to interact with. The resulting mice photos are adorable; they have seemed to repay Dell’s kindness by perfectly posing among their bounty of berries and apples.

Dell has since expanded the mice homes. More of them have shown up, and one of them appears to be pregnant. “Knowing mice can have up to 14 babies, I could be building many more log pile rooms,” he explains. “But I have space and don’t mind living alongside such cute and very photogenic little critters.”

This charming village wasn’t the first time that Dell had interacted with mice. He had another mouse that lived in his garden shed, whom he and his family had named Stuart. In the spring of 2018, Stuart left the garden, but Dell is hoping that he returns to get to know the new mice. Until then, we’ll be looking forward to the photos.

When Simon Dell discovered a small mouse scurrying around his garden, he decided to give him a treat. 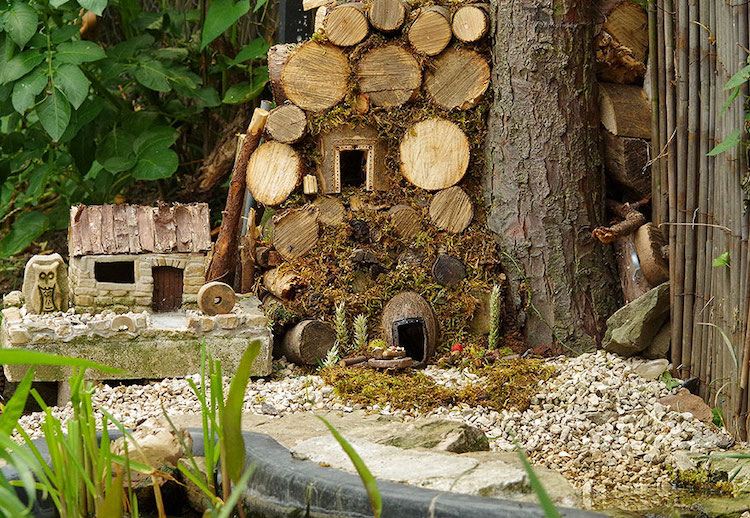 At first, he built a structure to guard the mouse against a curious cat… 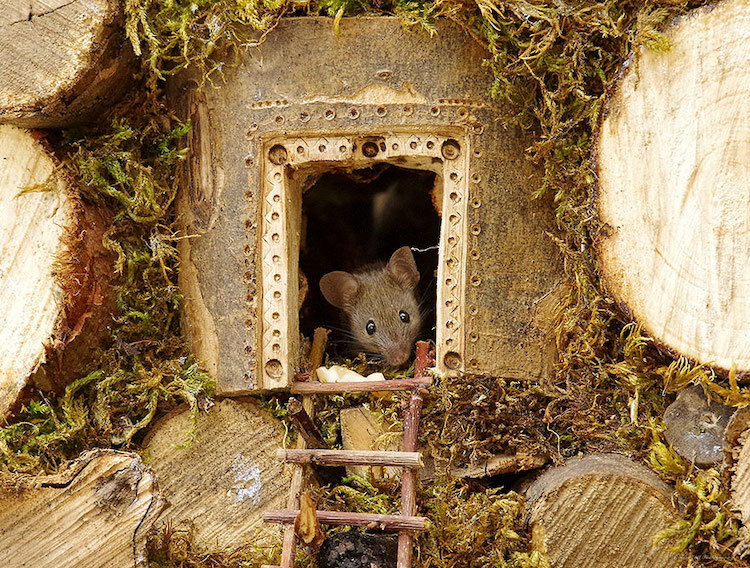 … and as more mice showed up, Dell built additional structures and shelters for them. 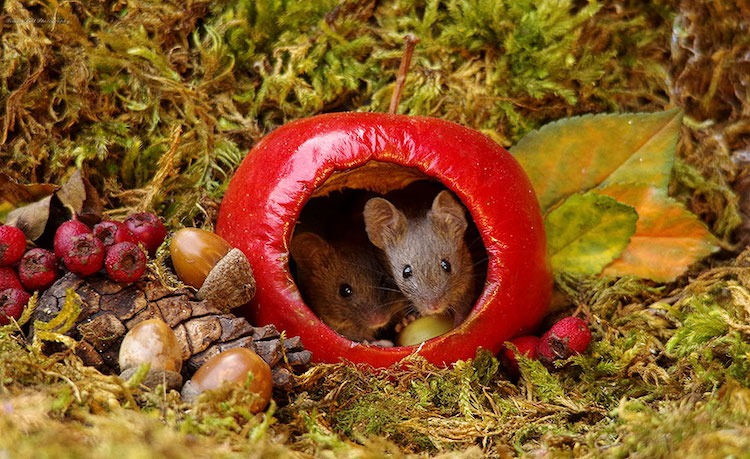 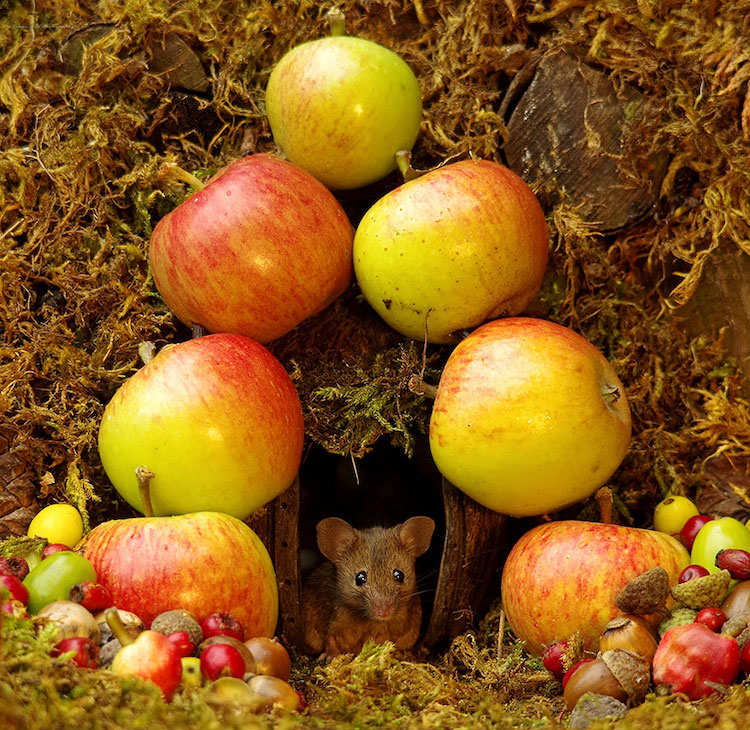 The resulting mice photos feature the creatures in their wooden houses and enjoying sweet treats. 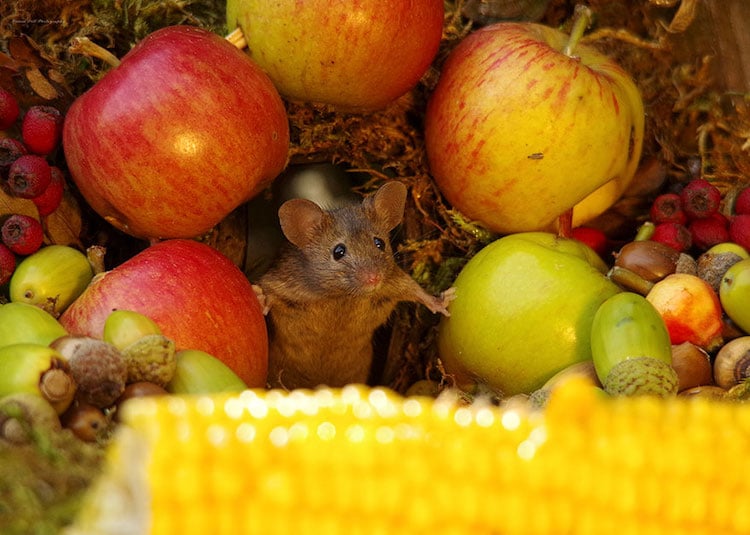 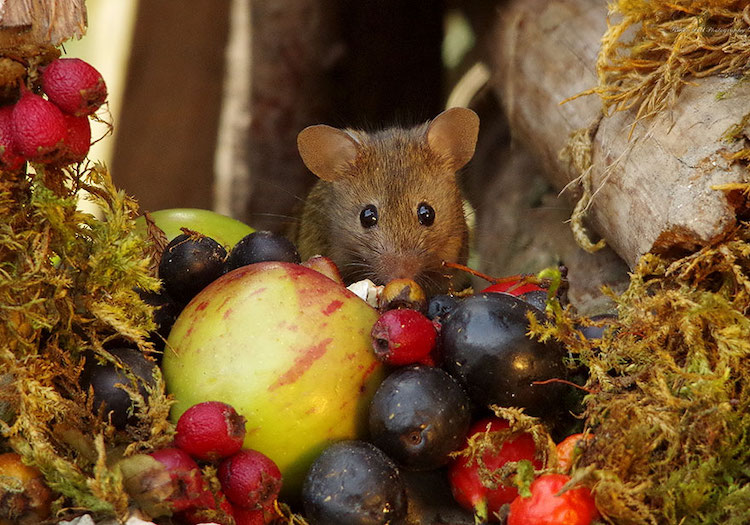 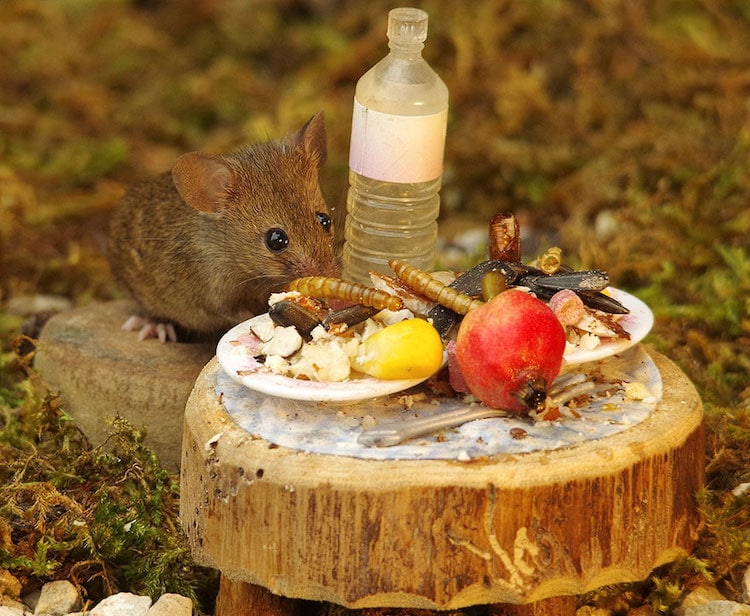 The mice have seemed to repay Dell’s kindness by perfectly posing among their bounty of berries and apples. 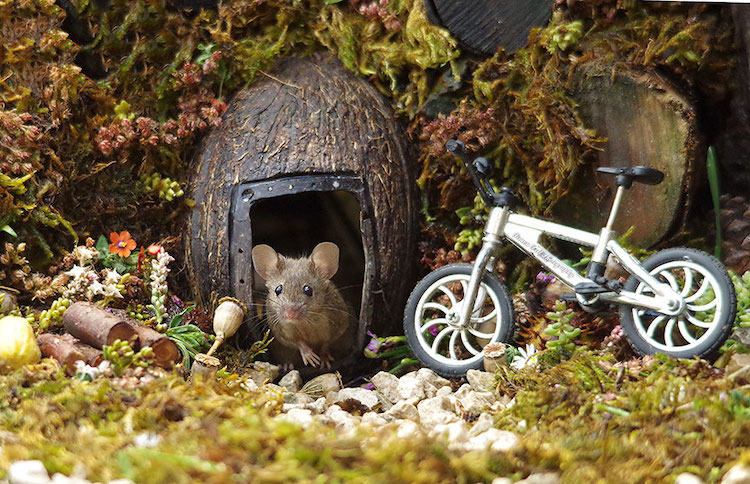 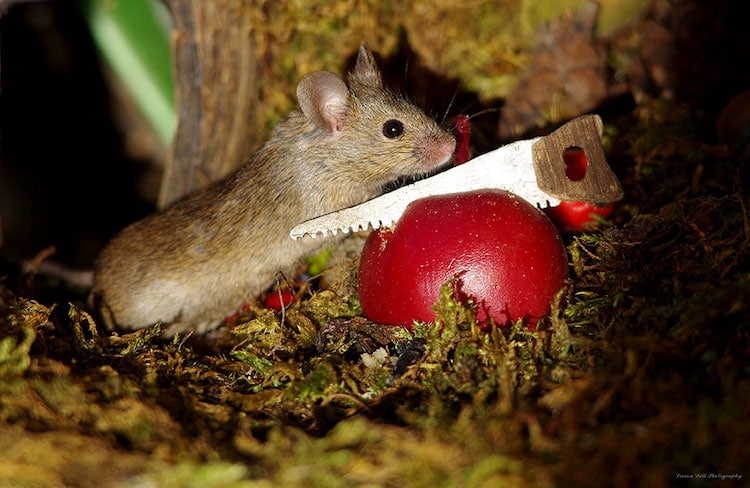 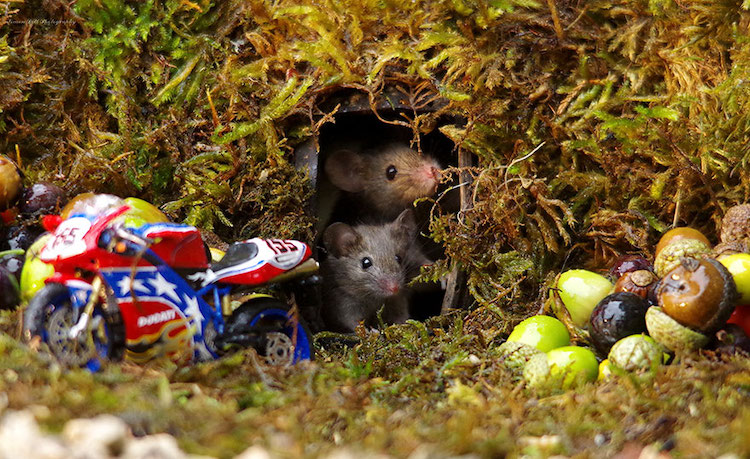 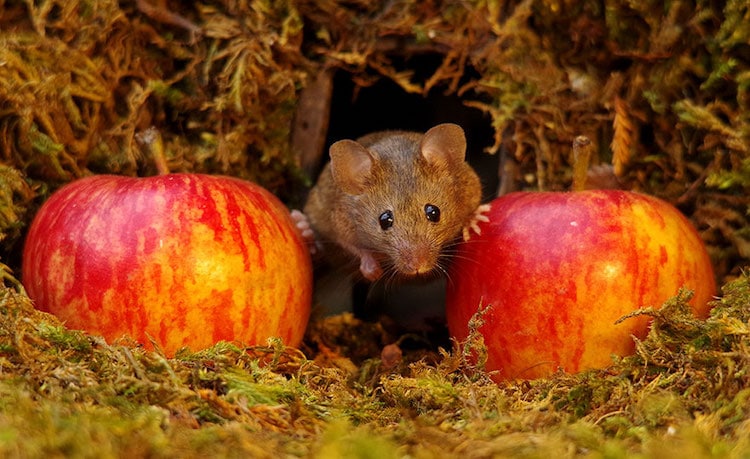 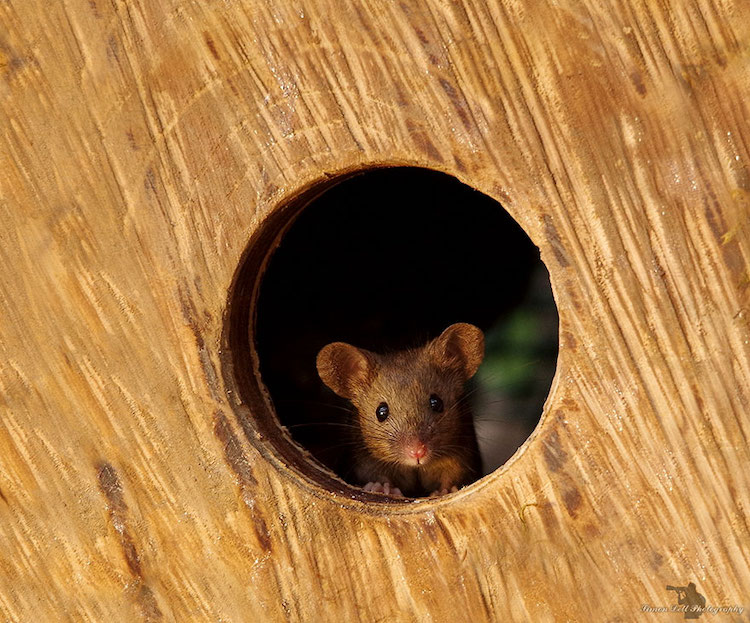 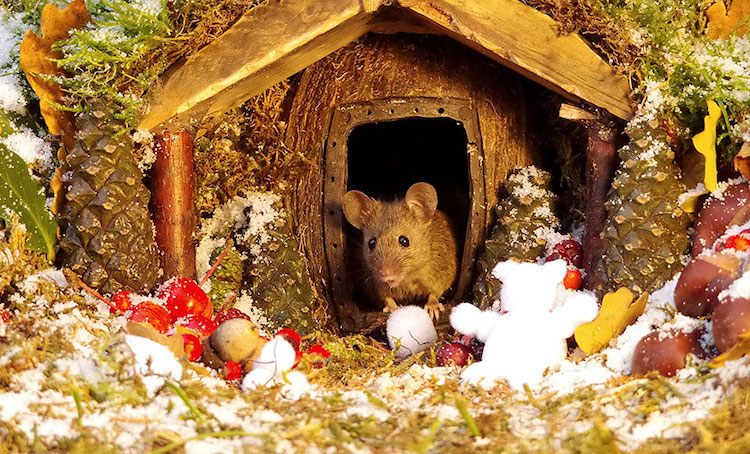 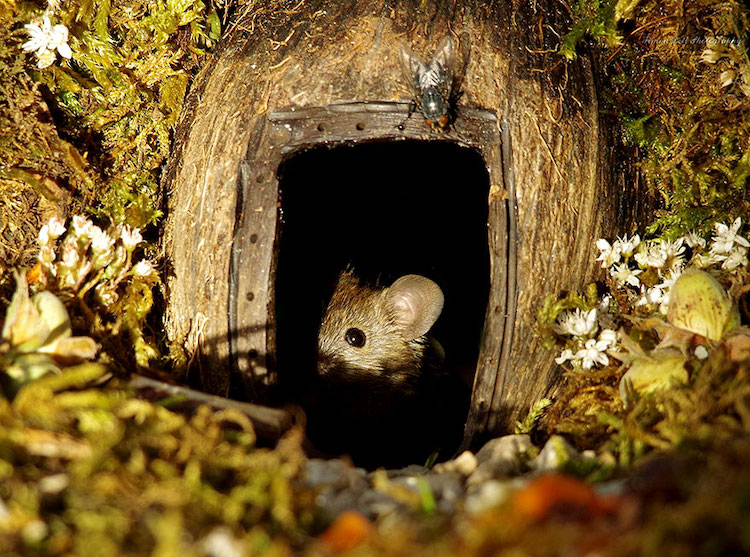 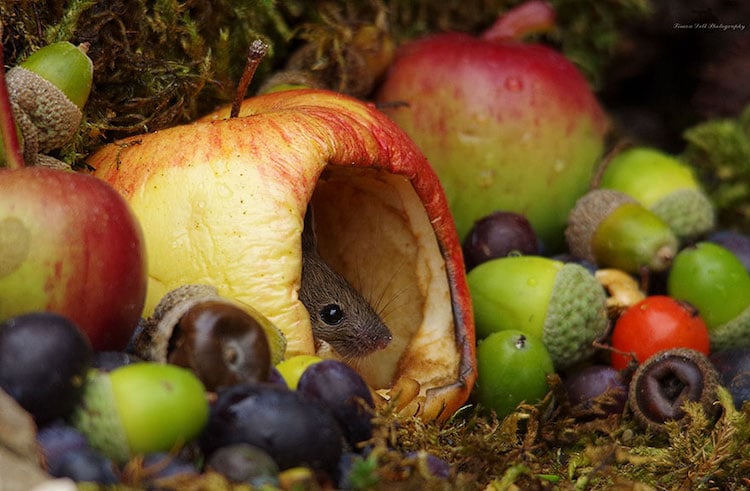 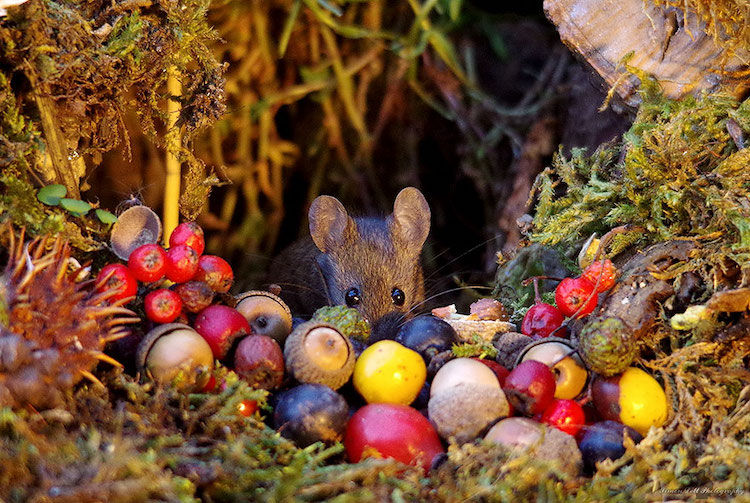 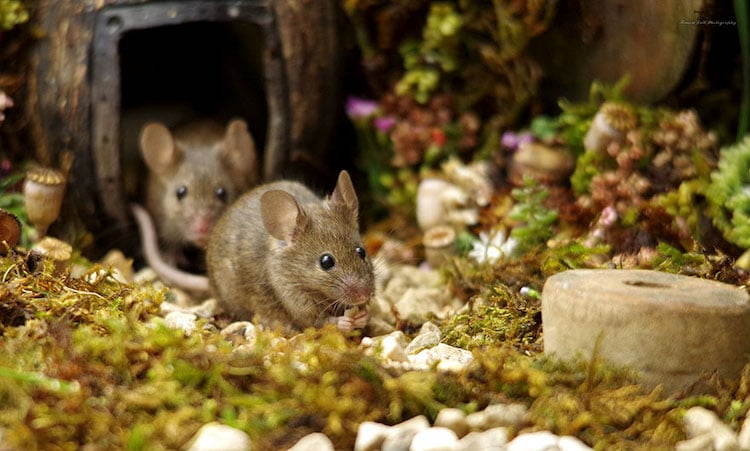 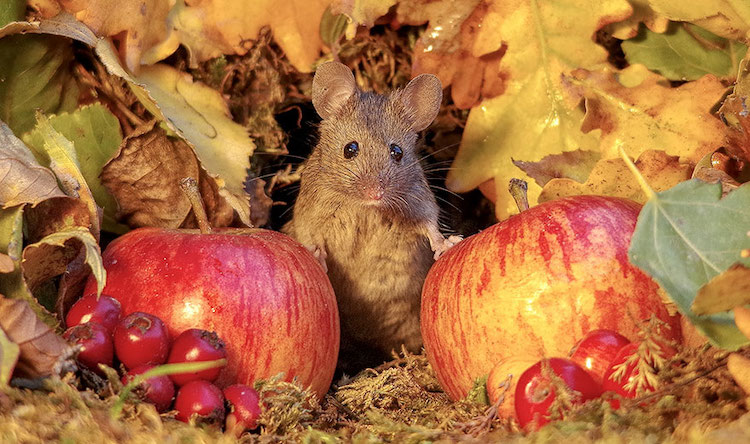 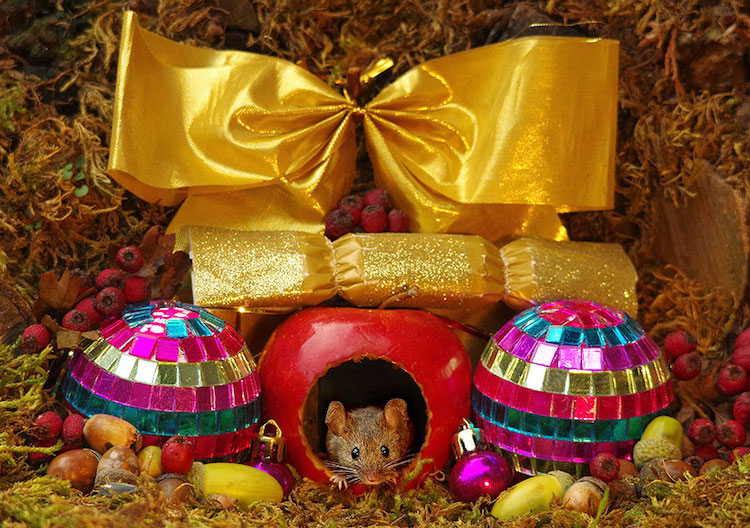 My Modern Met granted permission to use photos by Simon Dell.

“AnonyMouse” Artists Open Tiny Shops for Mice on the Streets

Perfectly Timed Photos of a Tiny Mouse Climbing a Dandelion

The post Photographer Builds Tiny Village for Adorable Family of Mice Found Living in His Garden appeared first on My Modern Met.