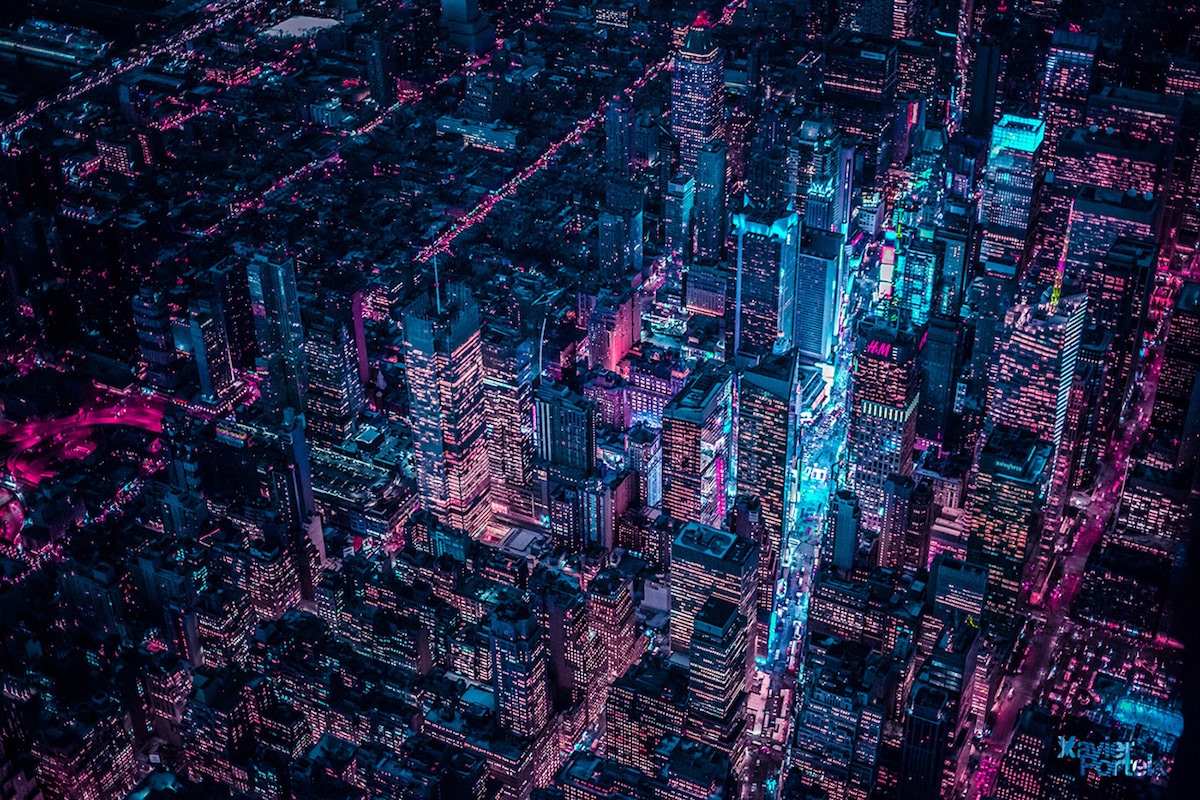 Photographer Xavier Portela brings us to New York City for the latest addition of his ongoing Glow series, which sees him zooming around the world to photograph neon-tinged cities. Portela had previously teased us with the promise of a set of aerial Glow photos from the Big Apple, and now he’s delivered with #NEWYORKGLOW II.

Shot from a helicopter, Portela offers a sweeping view of the Manhattan cityscape with his pink- and blue-hued photographs. Here, it’s New York’s architecture that is the protagonist, skyscrapers puzzled together to create layers of the city. While Portela had visited New York six times over the past ten years, it was only when he was in town to work on the Times Square Glow photos that he took to the skies.

With this pulled back view of the city, as opposed to the gritty on-the-ground photos of Bangkok and Tokyo, the urban landscape blurs into an almost geometric pattern. Blue and pink window reflections create a tapestry of light that allows viewers to see the iconic Manhattan skyline from a new point of view. Always edgy, and often surreal, the aerial photographs are an interesting direction we’re hoping Portela continues to pursue.

For #NEWYORKGLOW II Xavier Portela captured the magic of Manhattan from a helicopter. 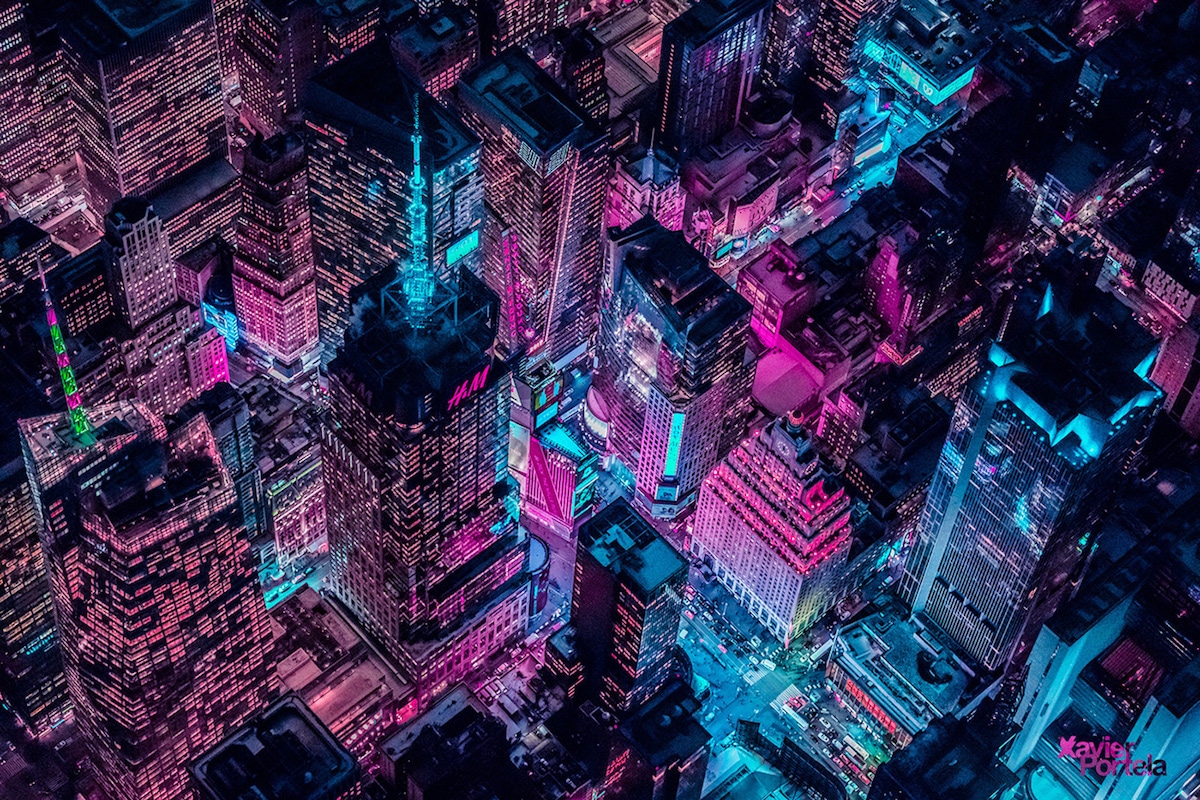 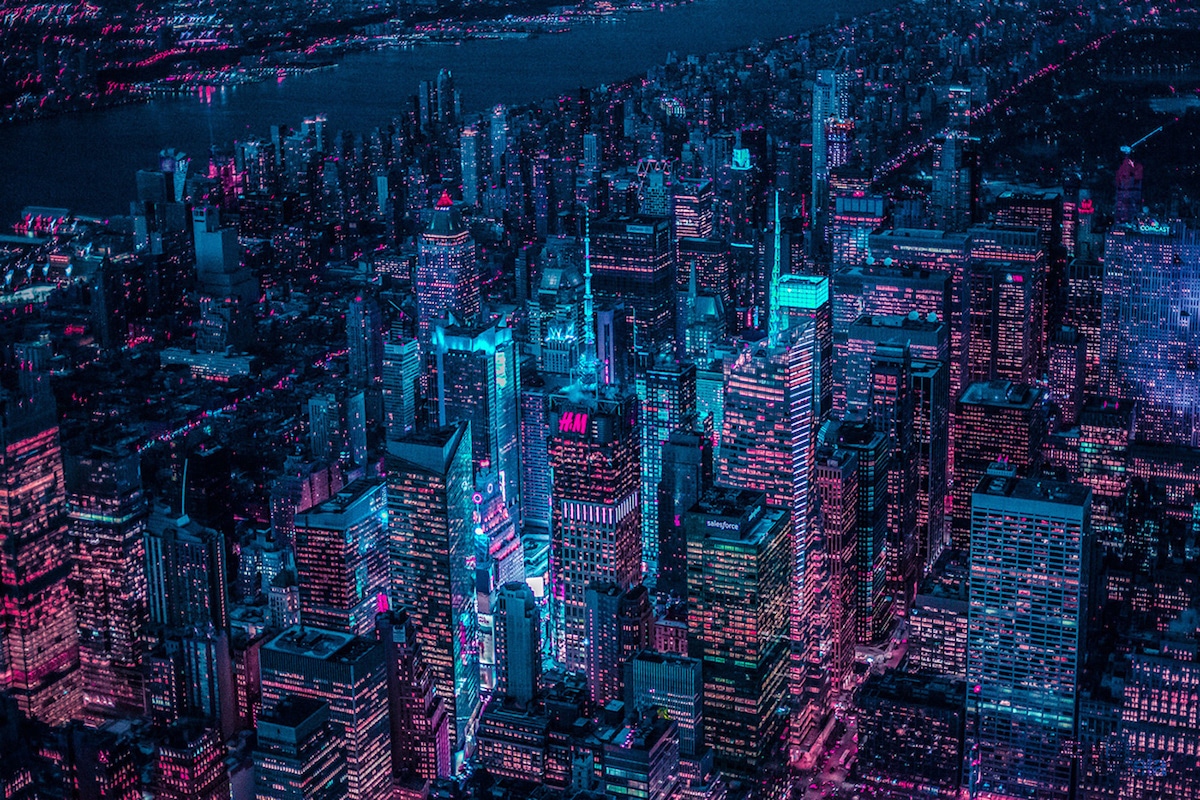 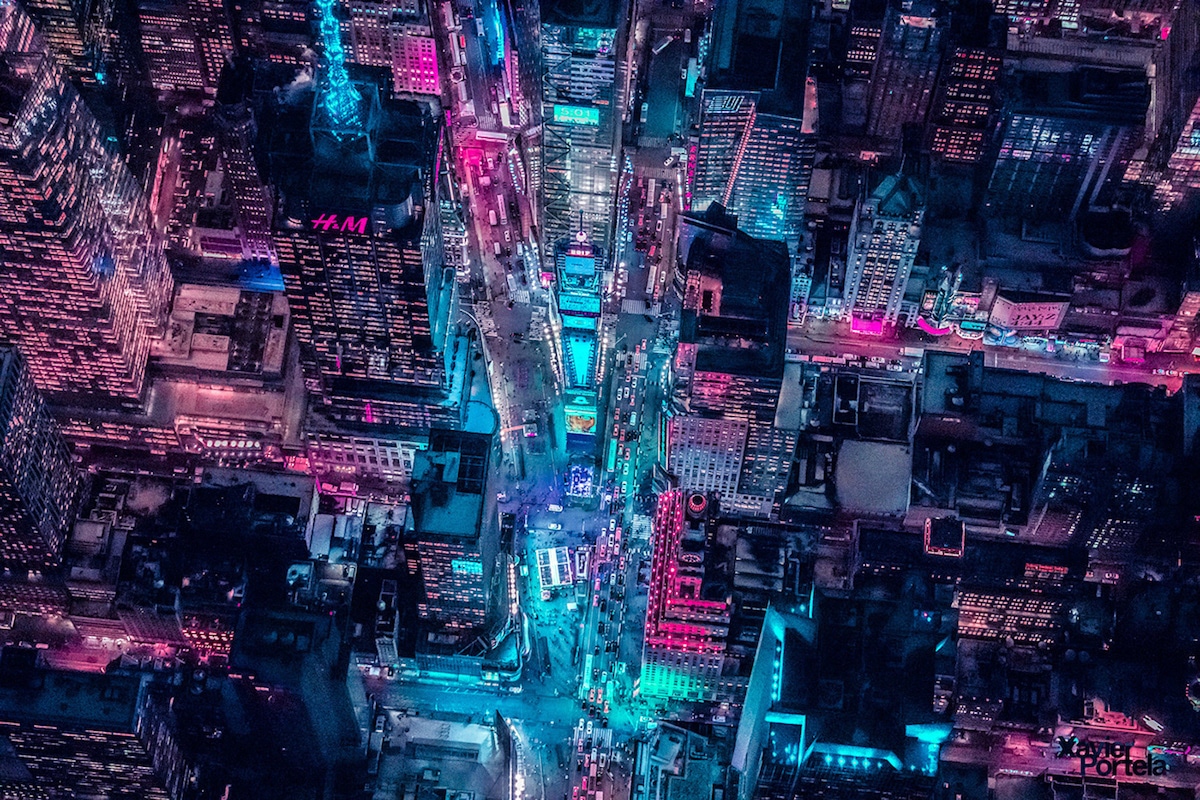 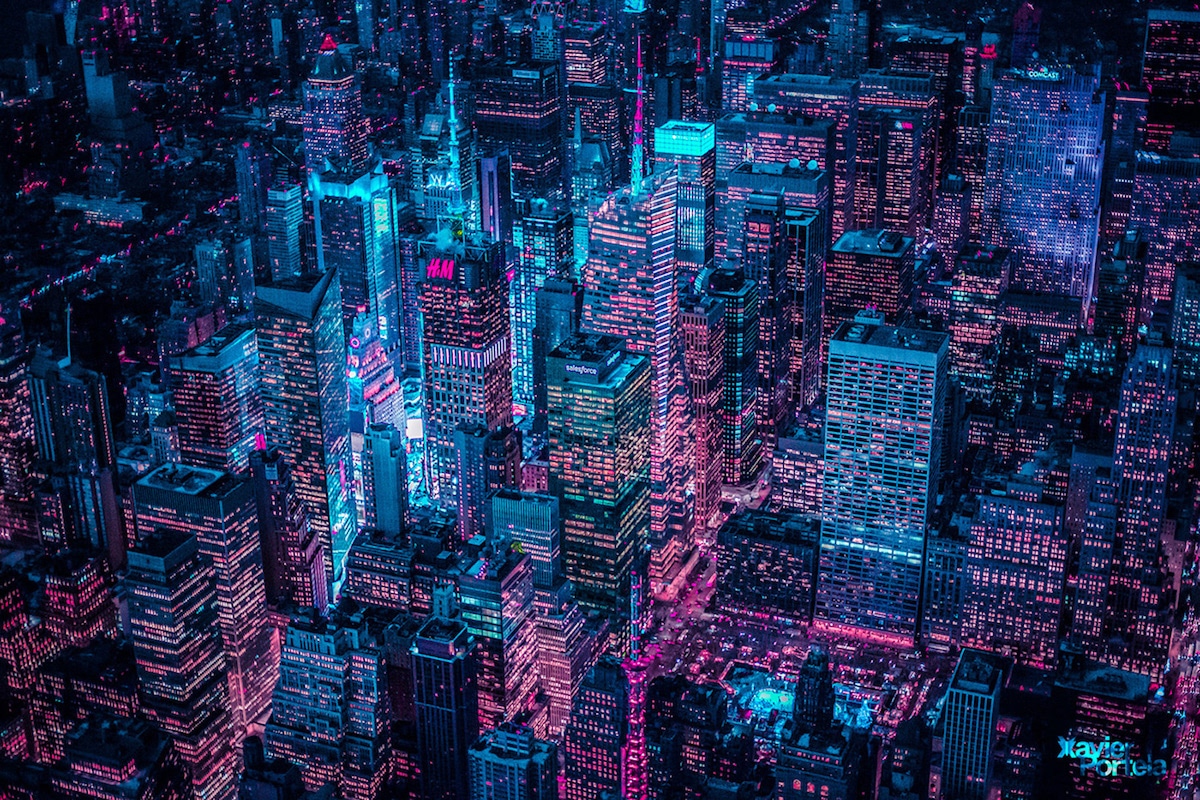 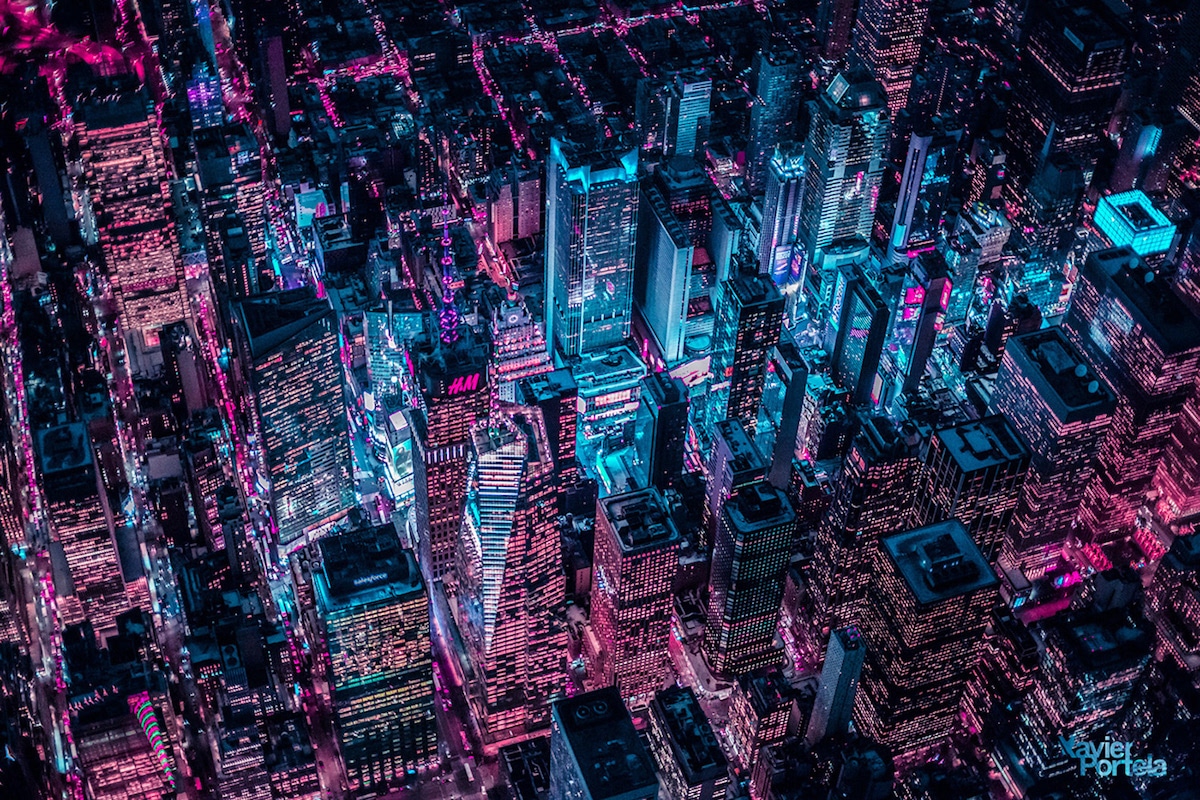 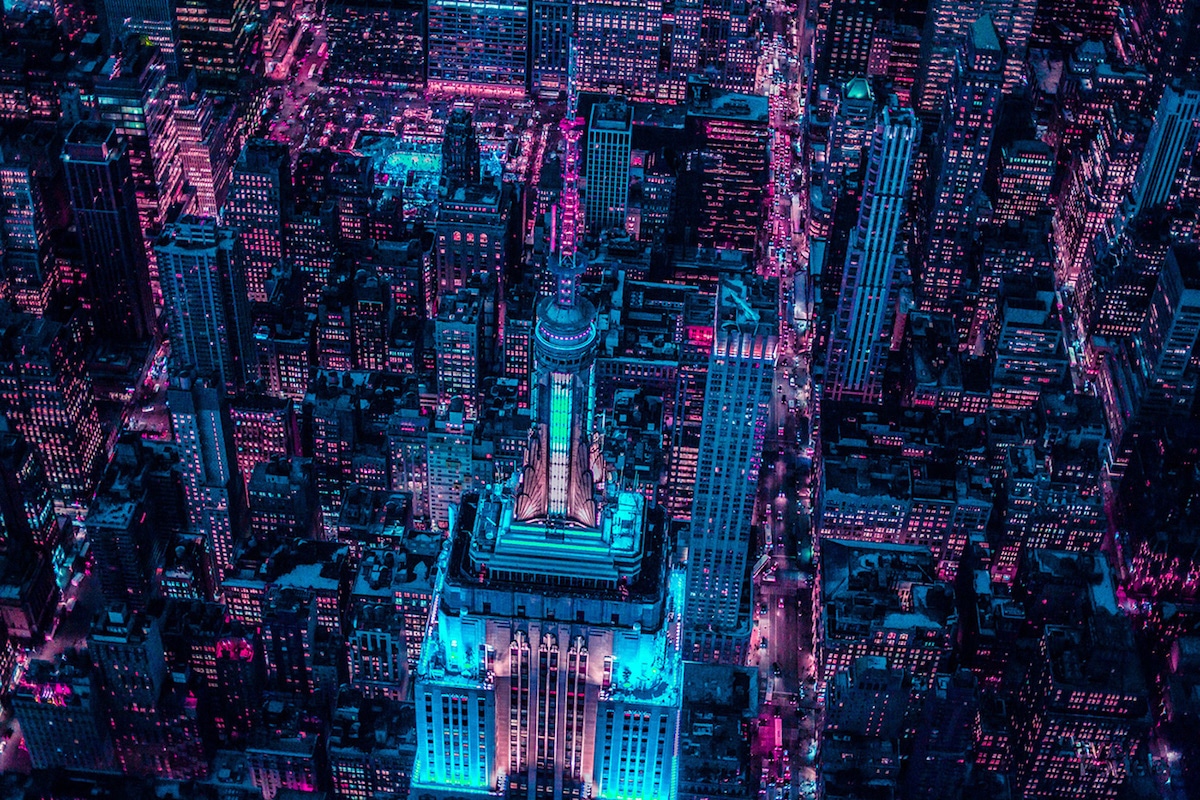 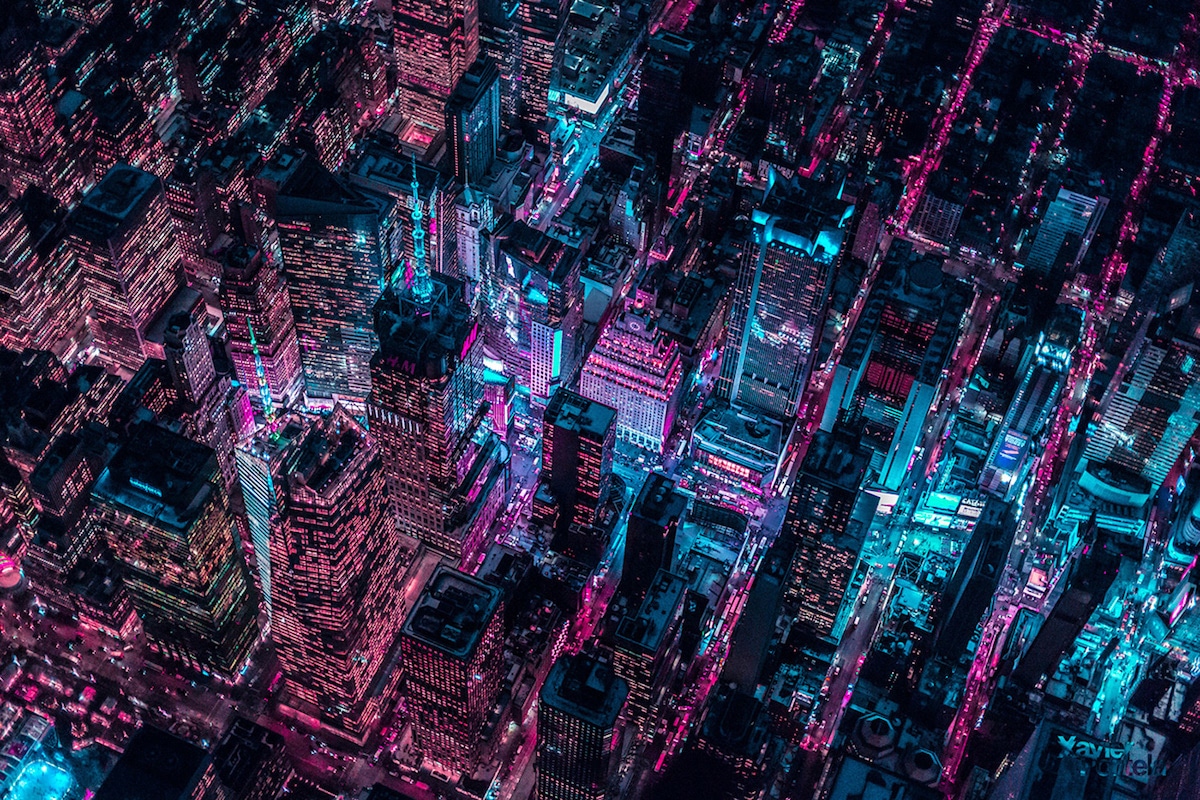 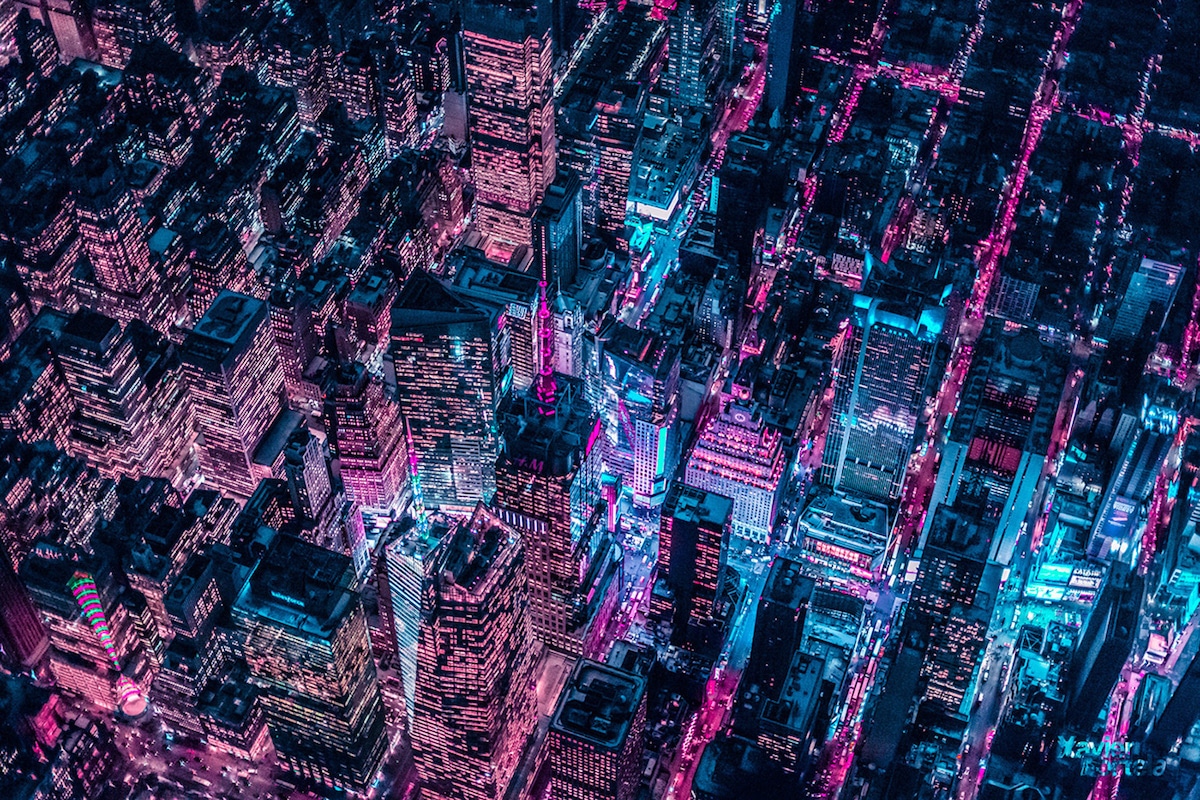 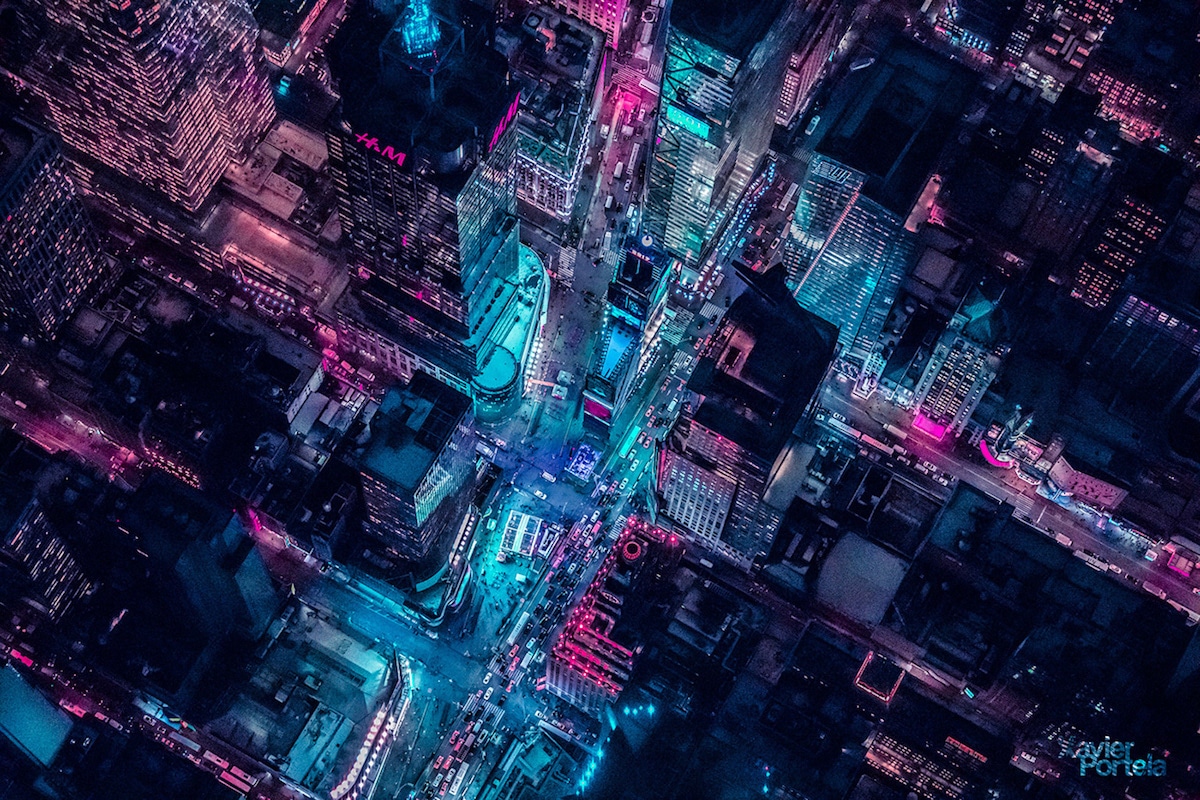 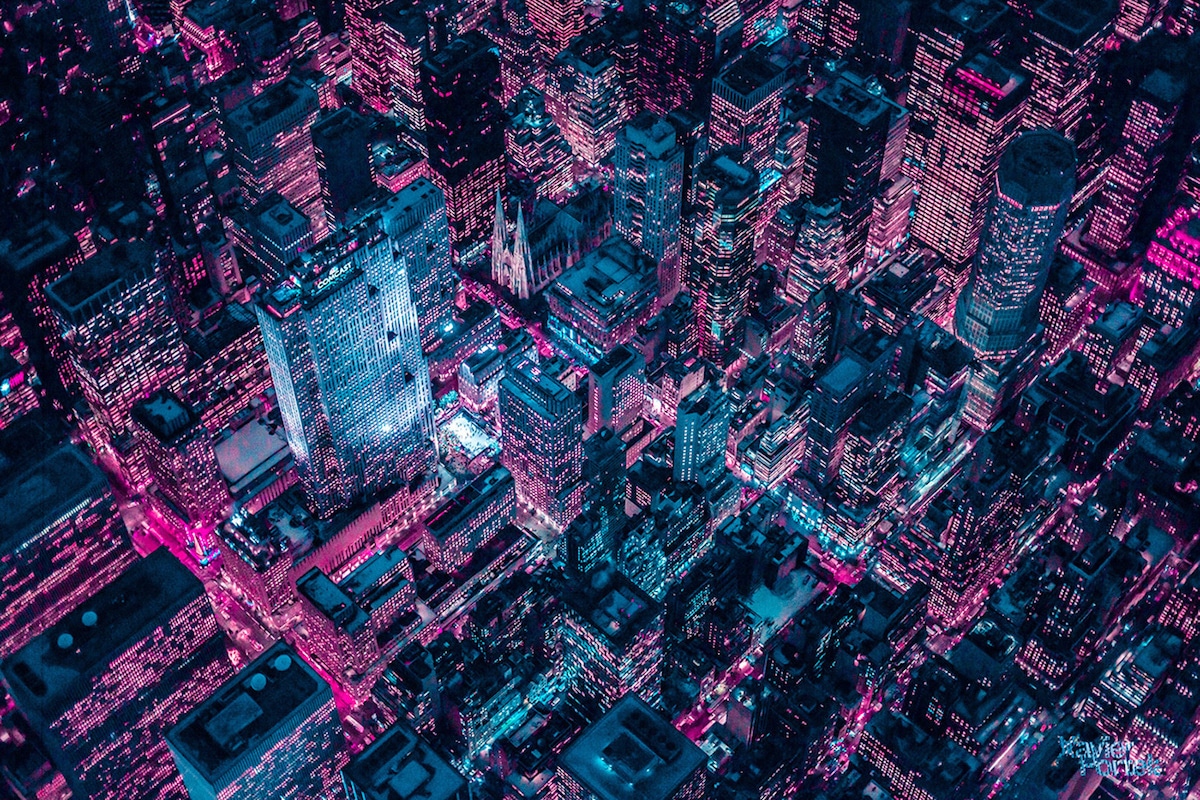 My Modern Met granted permission to use photos by Xavier Portela.

Photographer Captures the Solitary Neon Streets of Hamburg at Night

The post Photographer Captures Electric Views of New York City From a Helicopter appeared first on My Modern Met.