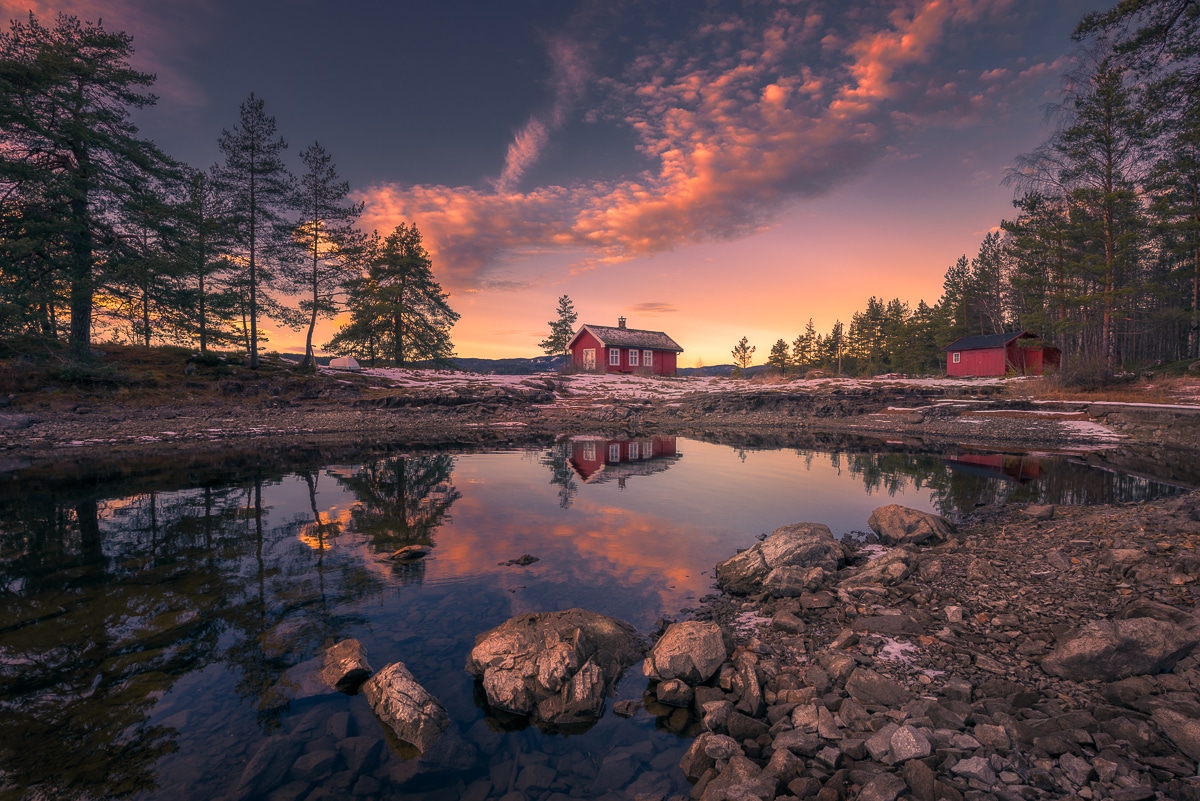 During the summer of 2013, Norwegian landscape photographer and math teacher Ole Henrik Skjelstad stumbled upon what would become the subject of an ongoing photography series. Just a short distance from his house, a red cabin on the shores of a picturesque lake sparked a creative vision that has lasted for over 5 years.

Skjelstad, who shoots with a Pentax 645Z and Pentax K-1 Mark II, wasn’t looking for a new project, but the cabin continued to draw him back. Attracted to the tranquility of the lake, he began photographing the entire scene year after year, no matter what the season. Though months can elapse between visits, the magnetic pull of the red cabin’s beauty allows him to continuously produce spectacular imagery.

While the talented photographer has captured the cabin under the glow of the Aurora borealis and encased in ice, his favorite time to photograph the scene is sunset, when the lake is bathed in warm light. Skjelstad has no plans to stop the red cabin series and will return to the area as long as he continues with his photography hobby. His images, tinged with nostalgia and tranquility, speak to the poetic quality that the red cabin seems to possess.

“There is a romantic quality to red cabins, and they also carry hope and perhaps a promise of relaxing and worry-free days shielded from this world’s many problems, challenges, and stress,” Skjelstad muses.

The red cabin has brought Skjelstad luck throughout his photography career, with images from the series winning a Silver Medal in the Epson Pano Awards 2017 and being selected as editor’s choice on 500px and National Geographic. By showing his series, Skjelstad hopes that he can share the peace and tranquility he experiences on the lake with the public. This is the ultimate reward for his hard work, which includes hours of careful framing and post-production to get the colors and atmosphere just right.

Ole Henrik Skjelstad started photographing a picturesque red cabin on a lake near his house in 2013. 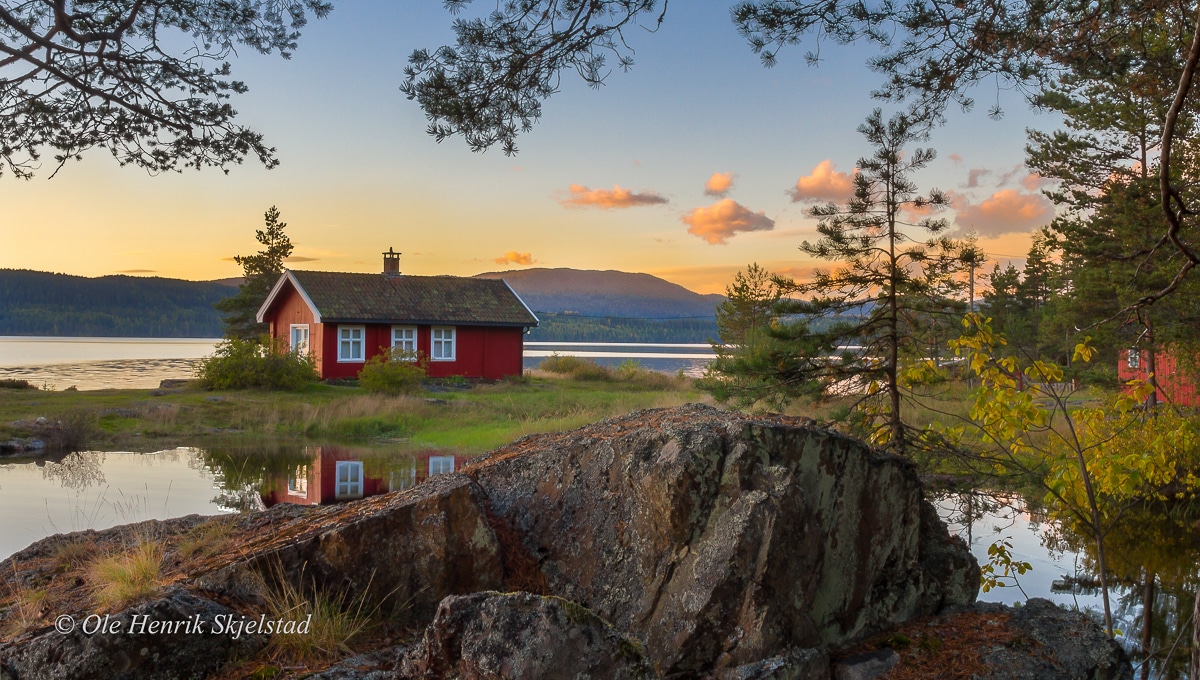 One of the earliest photos from the red cabin series.

Over the course of five years, Skjelstad has photographed the red cabin in all sort of weather conditions. 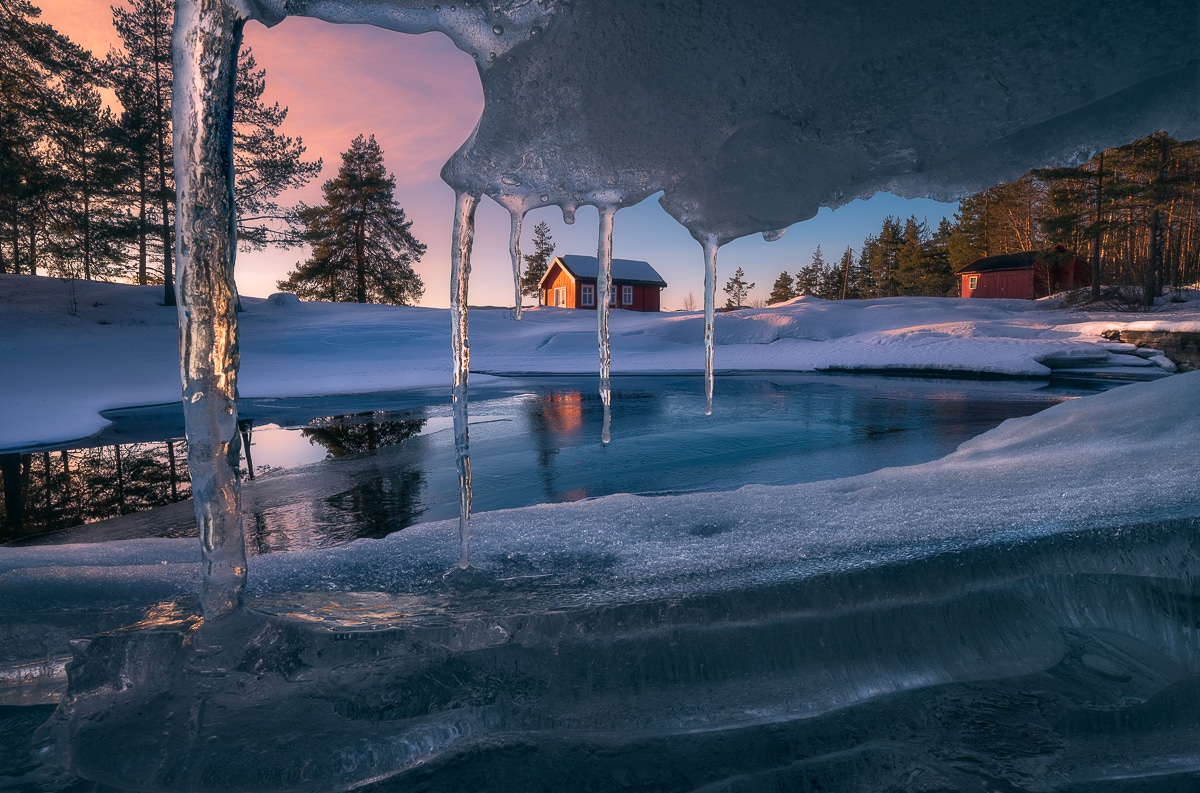 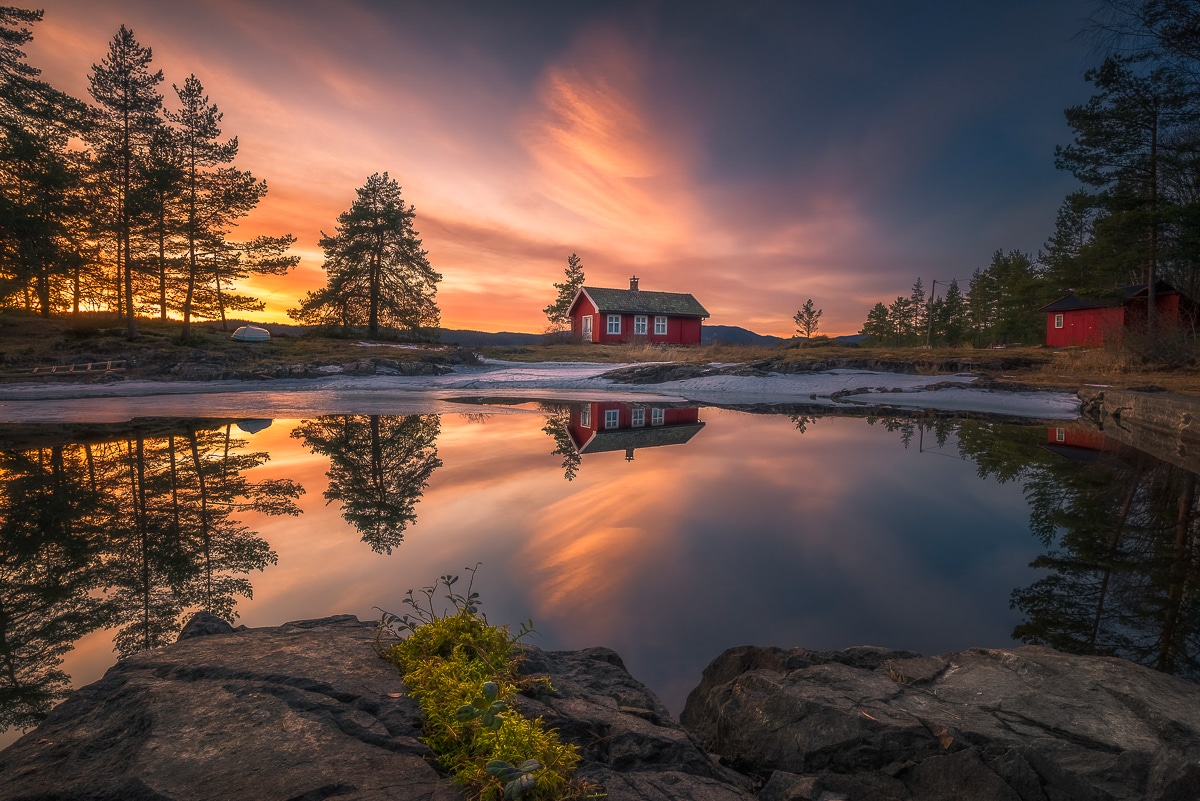 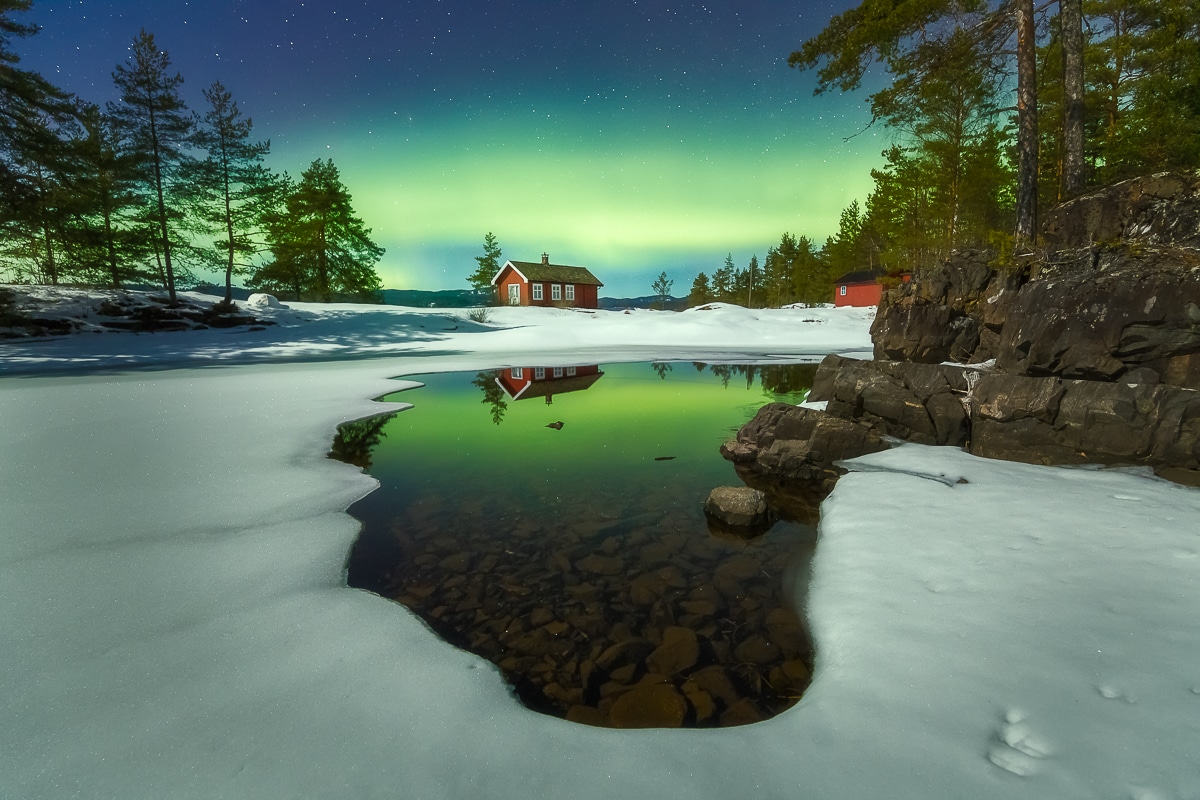 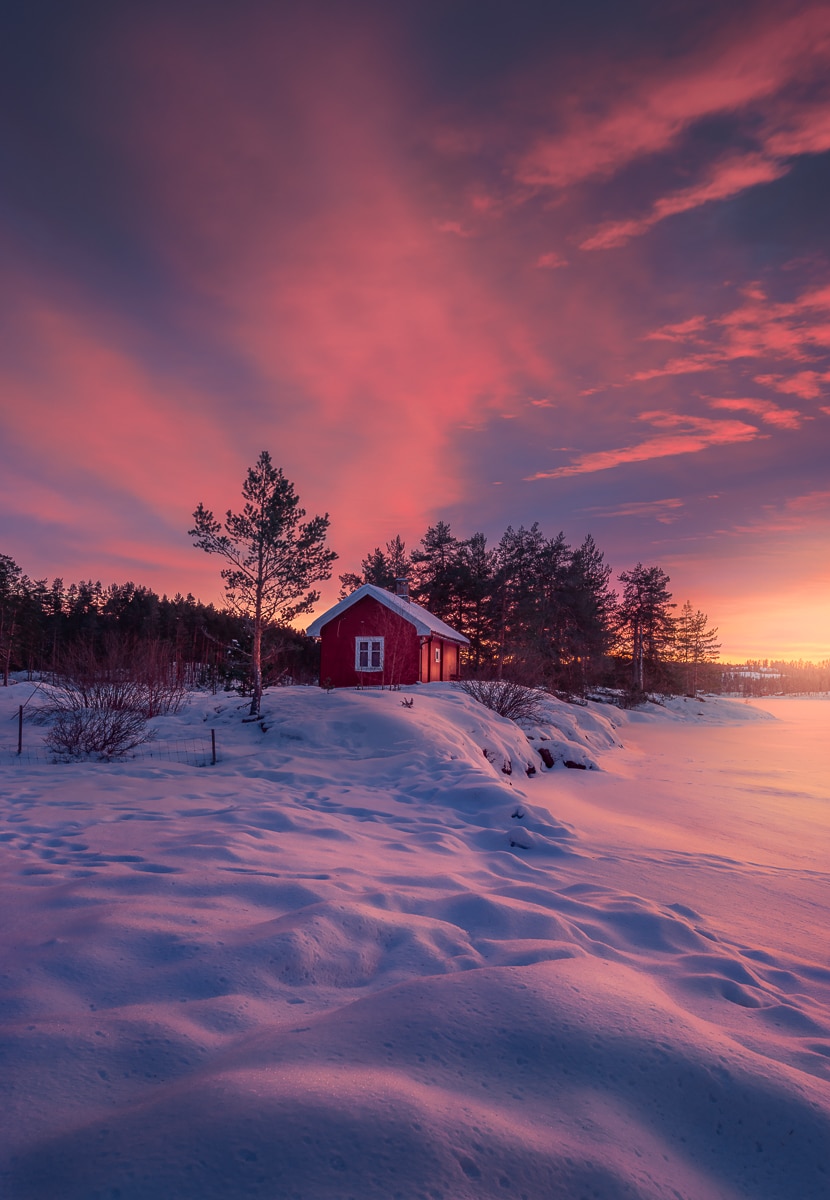 Sunset, when the scene is bathed in warm light, is his favorite time to photograph the landscape. 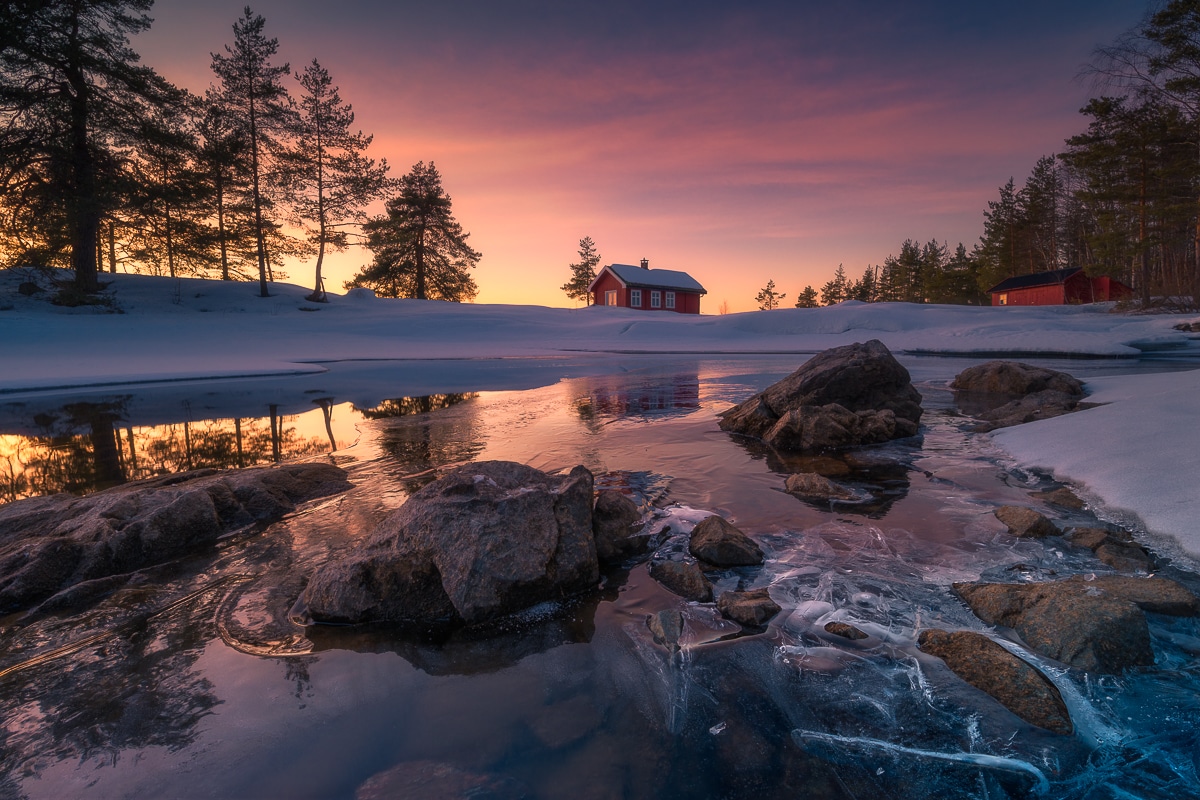 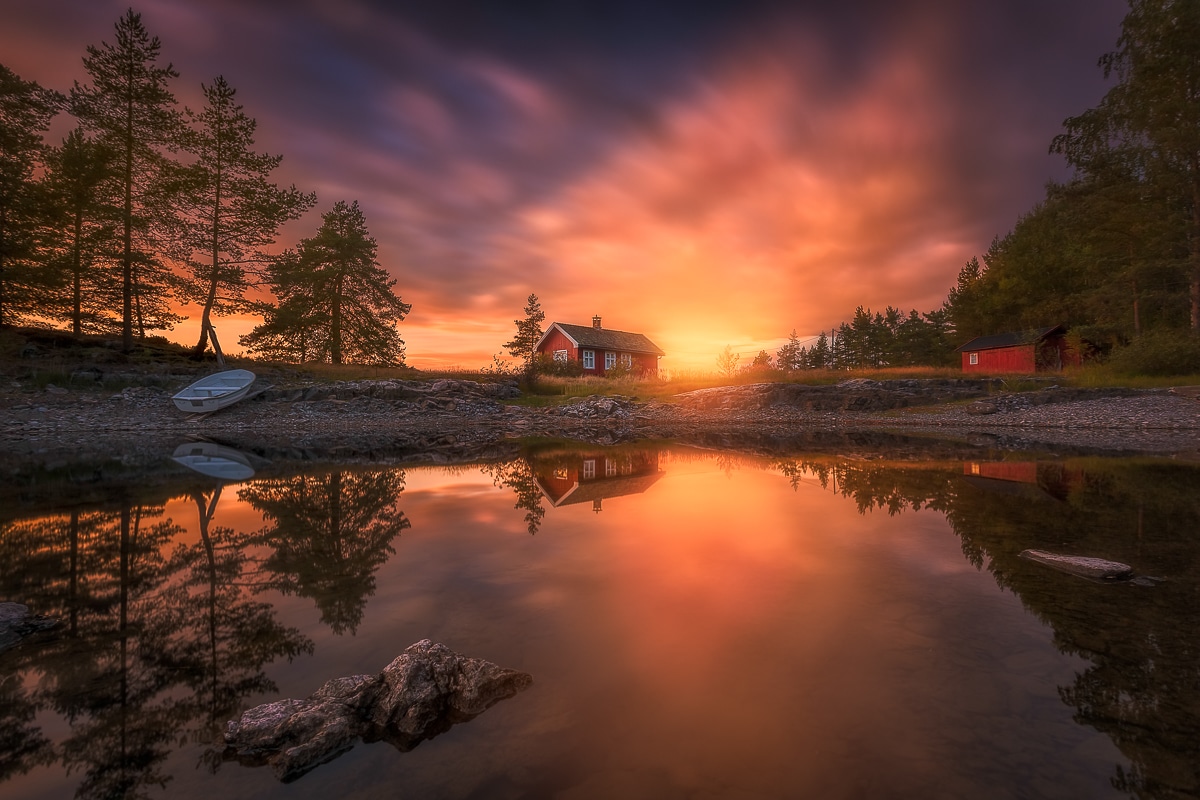 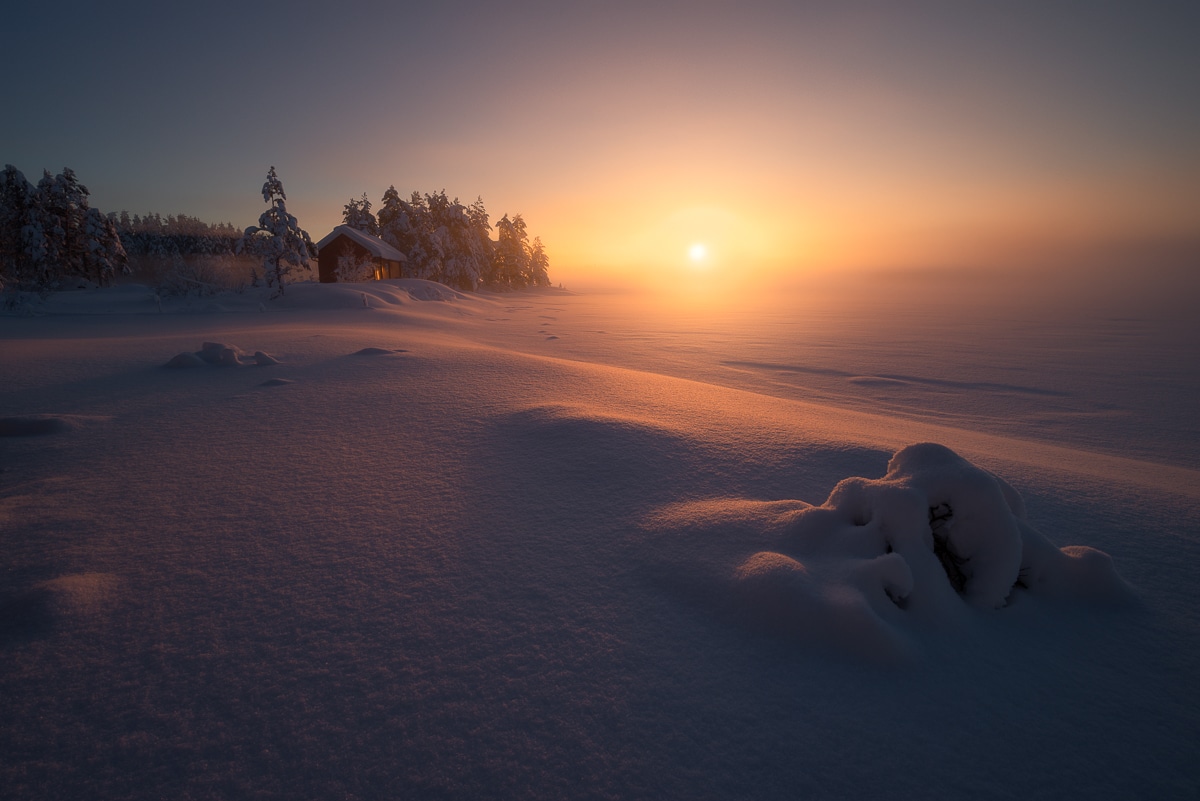 But there’s also nothing quite like the red cabin under the glowing lights of the Aurora borealis. 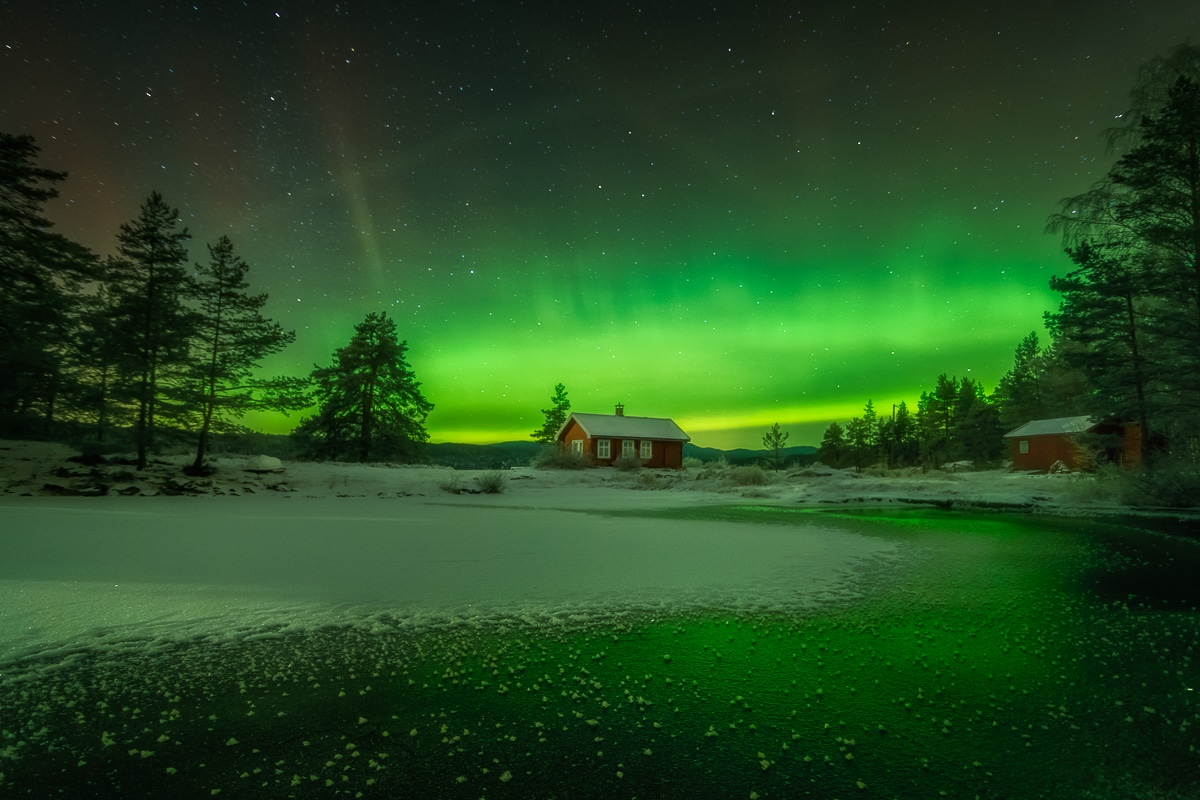 My Modern Met granted permission to use photos by Ole Henrik Skjelstad.

Beautiful Sunrise Photos Taken from Same Spot for a Year