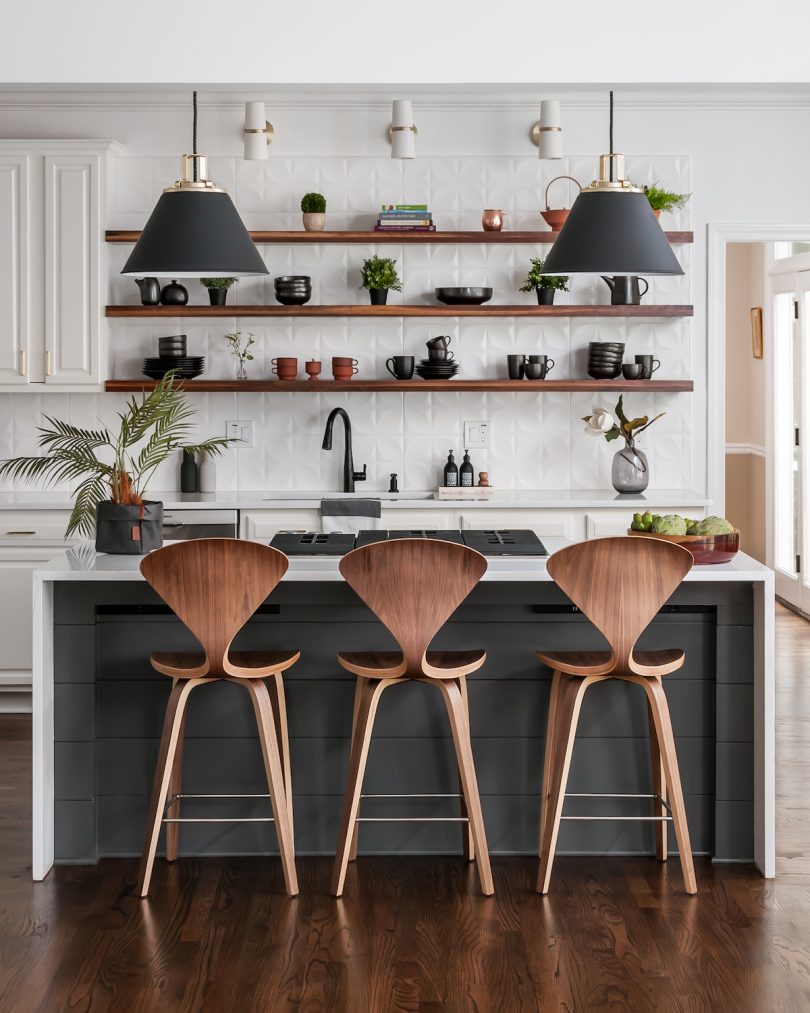 Tünde Brunette’s client, a family of five, had just moved from New York City to Atlanta about four years ago but were undecided about whether to stay permanently. Their house had sparse decoration and some of the rooms were still empty, save for the old furniture they had brought from their previous home. Tünde Brunette’s task was to change this formal living space with an early nineties vibe into a fresh, contemporary home, named Piedmont Heights Contemporary. 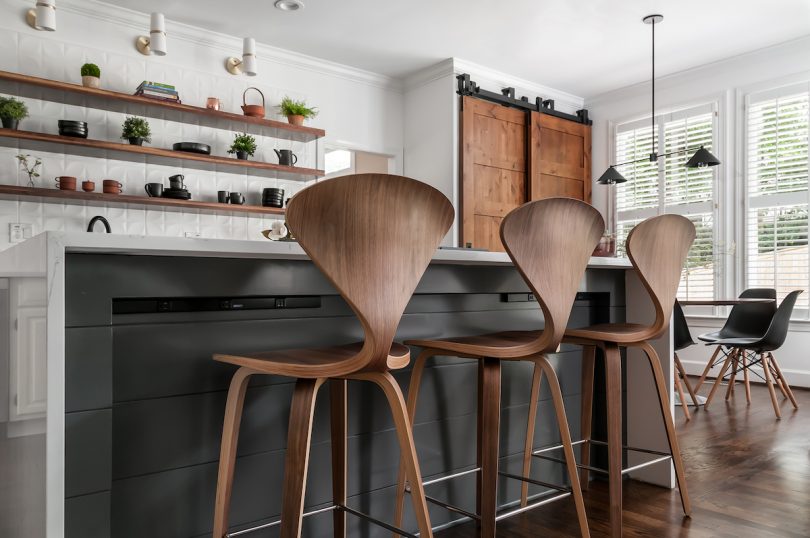 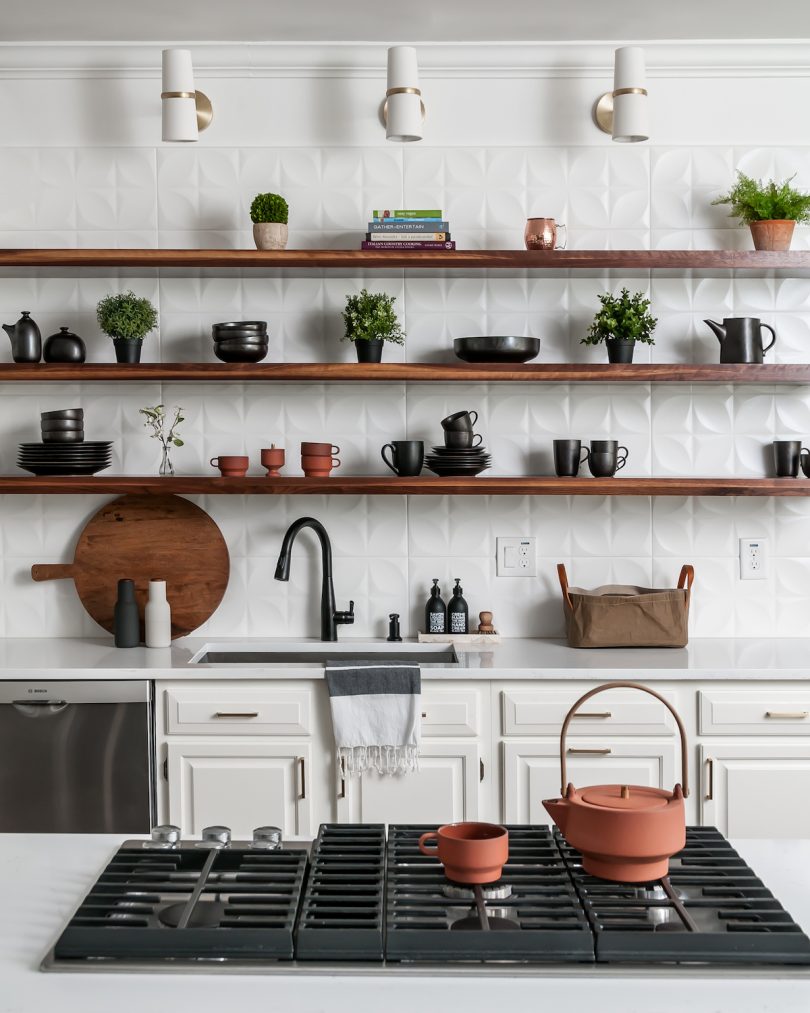 By taking out two columns in the kitchen, the designers created a bigger, open space between the kitchen and the family room. They also replaced the upper cabinets in the kitchen with long floating shelves to lighten the look and added 3D tiles for an added pop.

Worn down bifold pantry doors were replaced with modern custom barn doors, and the bulky square table was removed so that a sleek, tulip table could take its place in the breakfast nook. 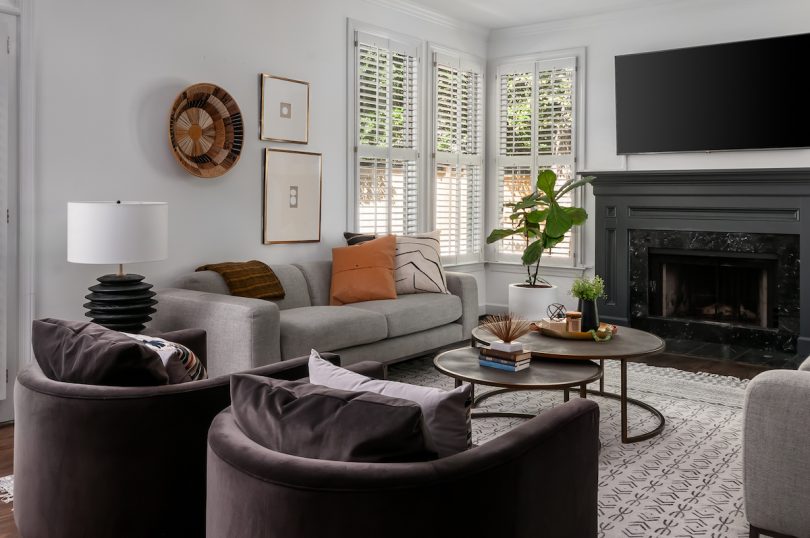 In the living room, the stark white and dark gray walls have a pearl finish in order to reflect natural light. Two columns in the living room were removed as well to free up space and create a more organic, free-flowing program. 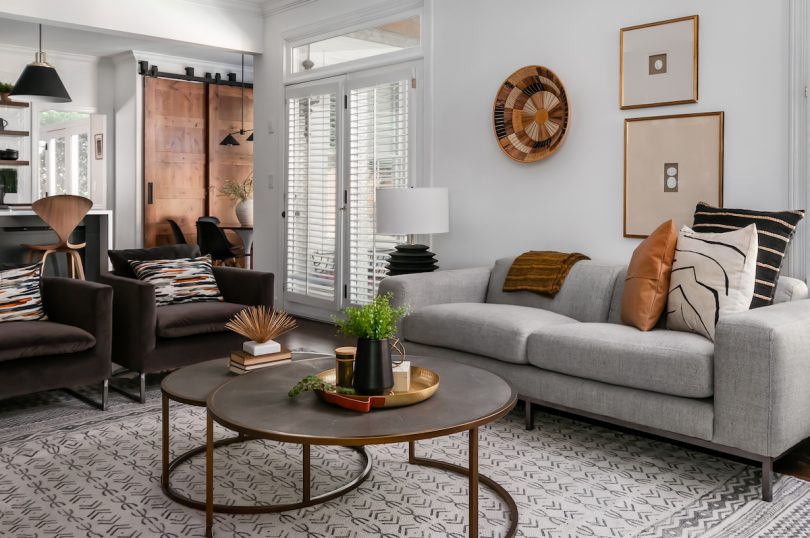 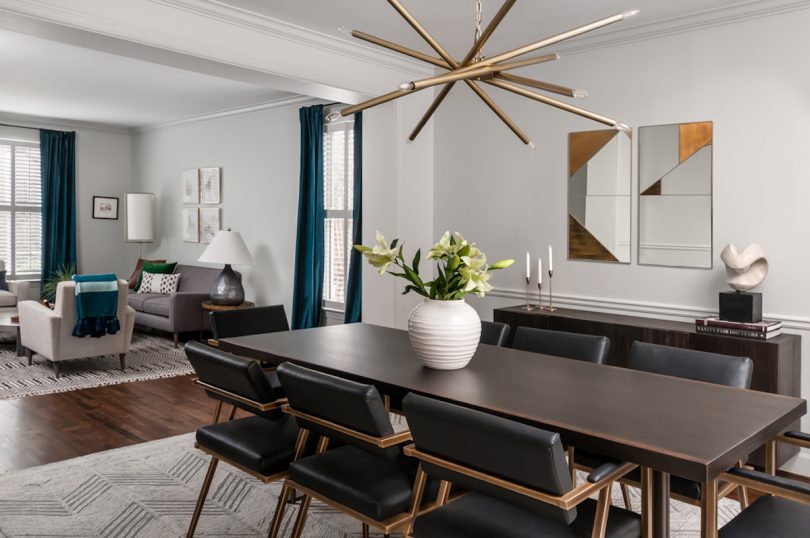 The designers kept it simple with the dining room colors so that the interesting shapes of the chair legs and the chandeliers would stand out against the monochromatic backdrop. 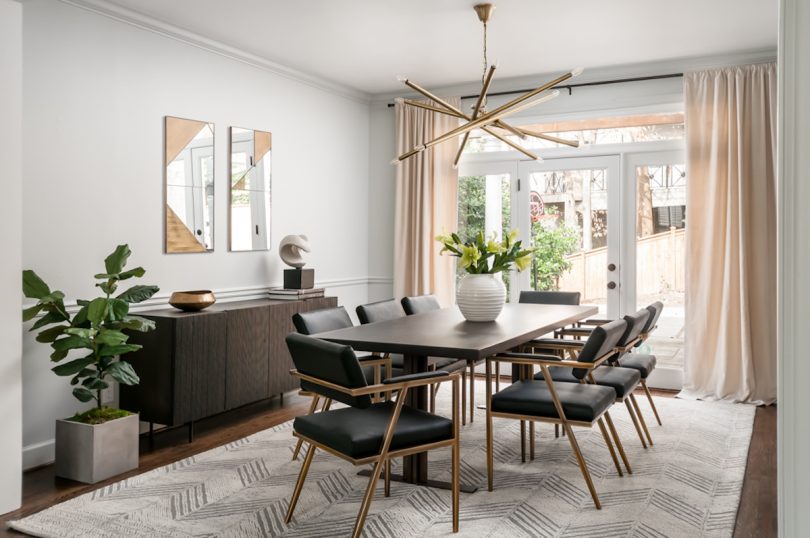 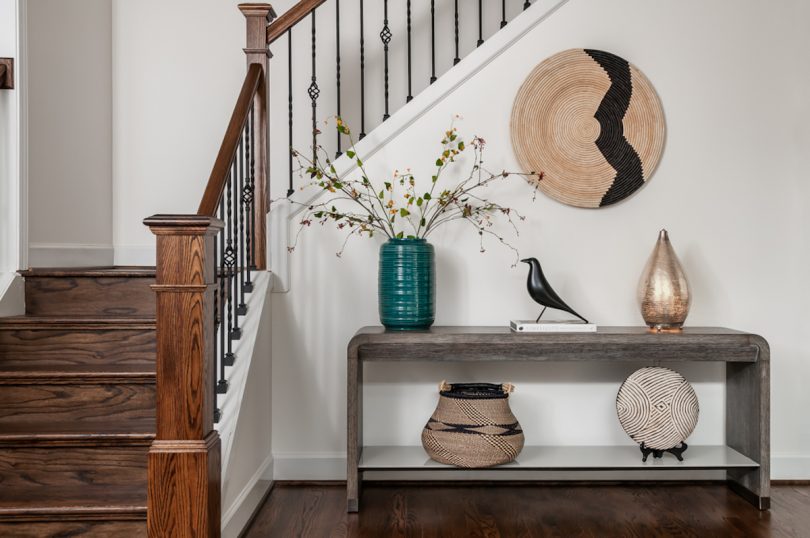 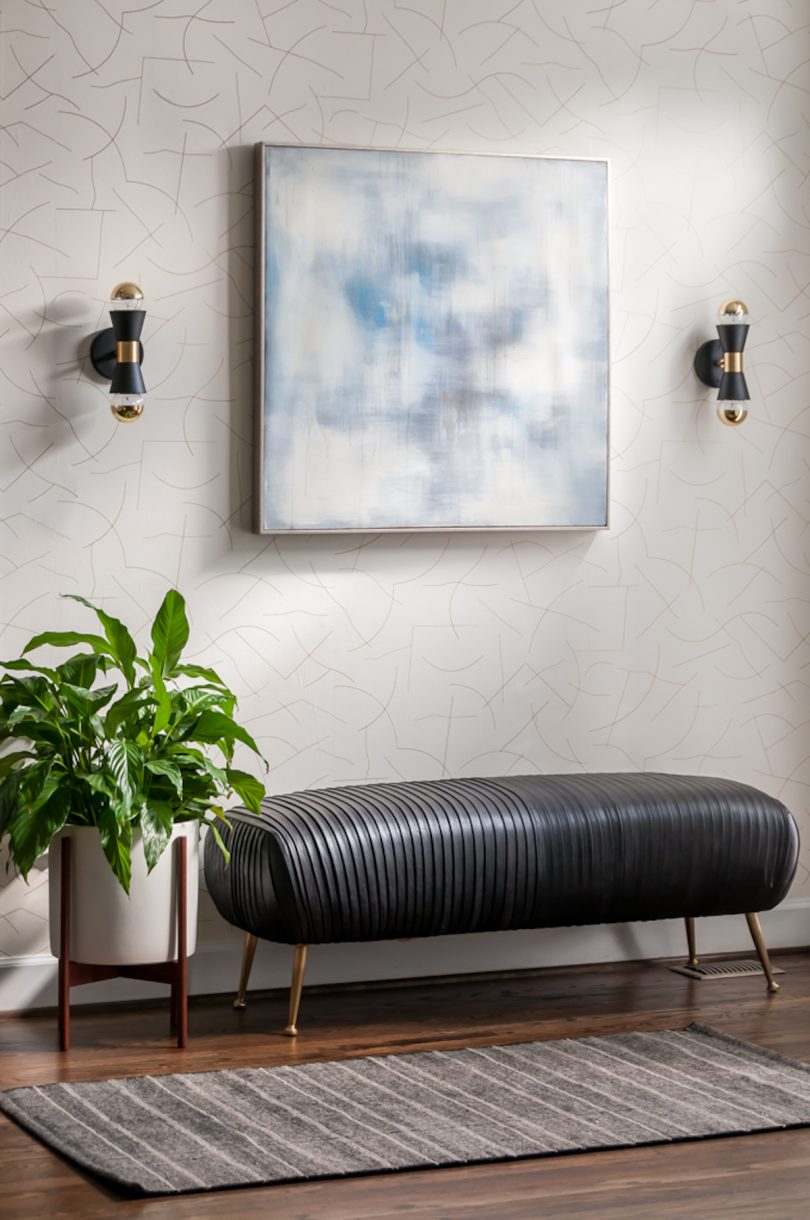 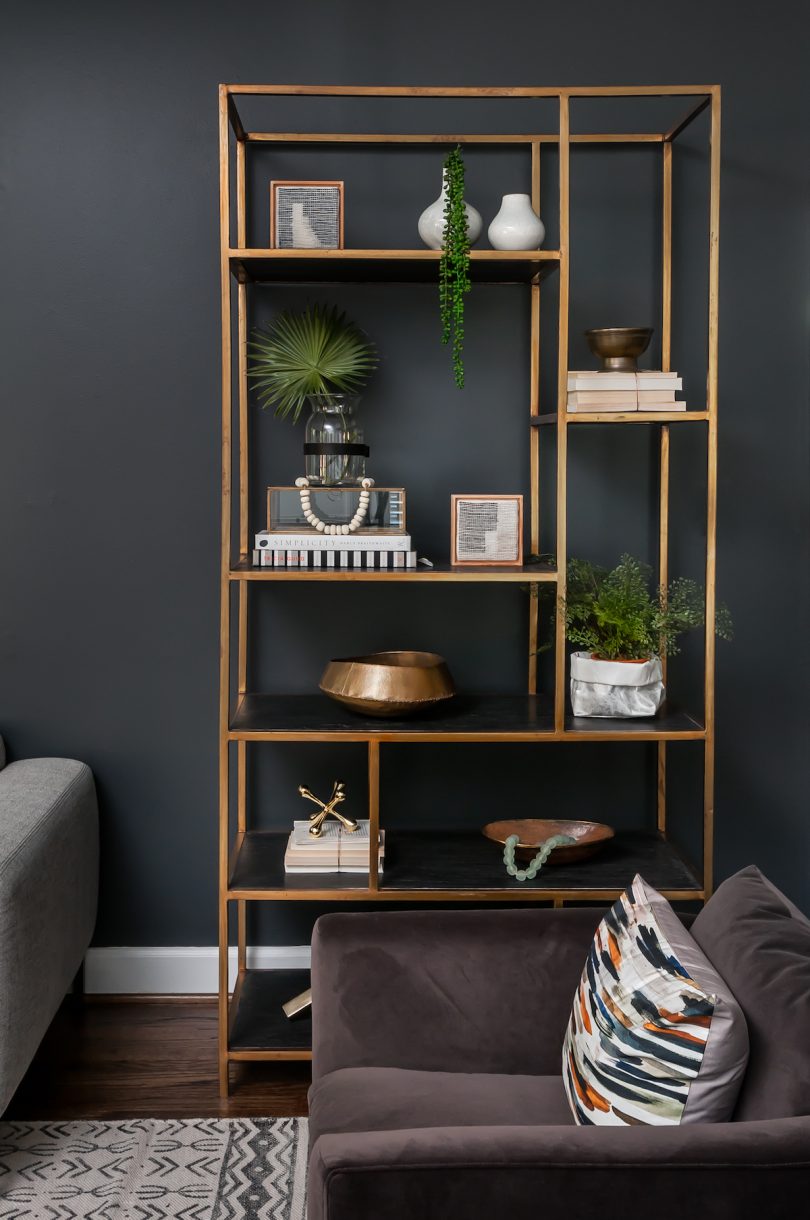 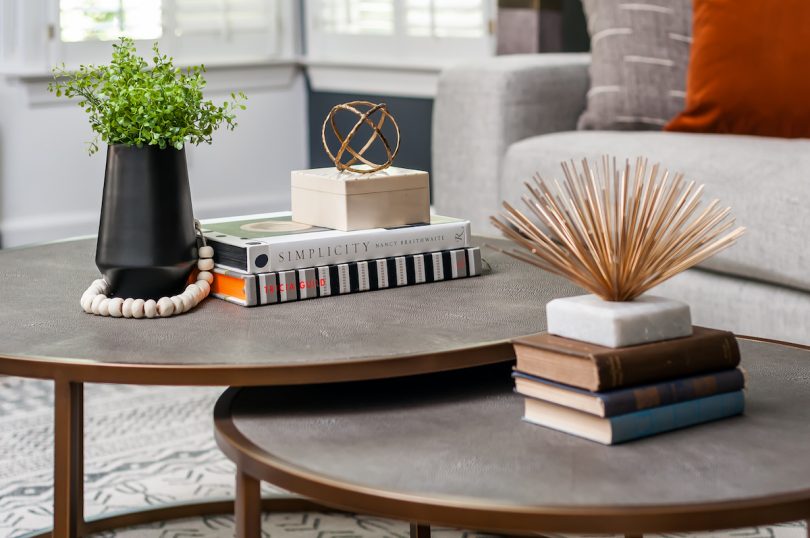 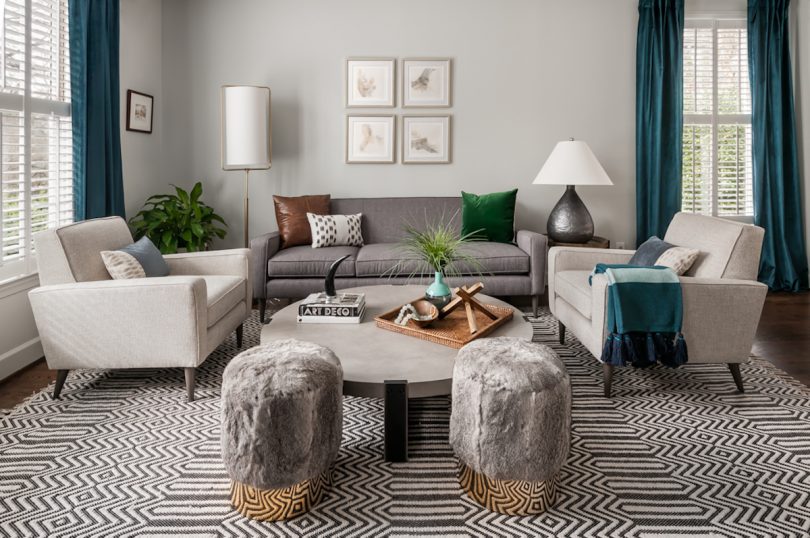 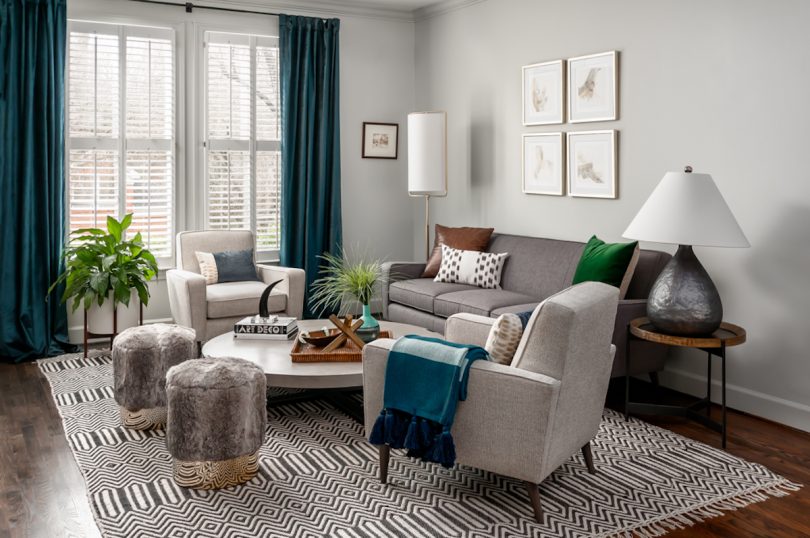 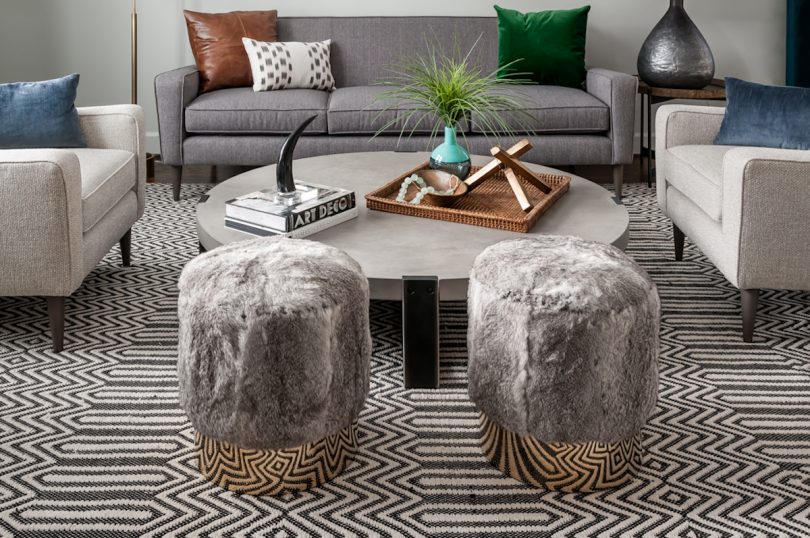 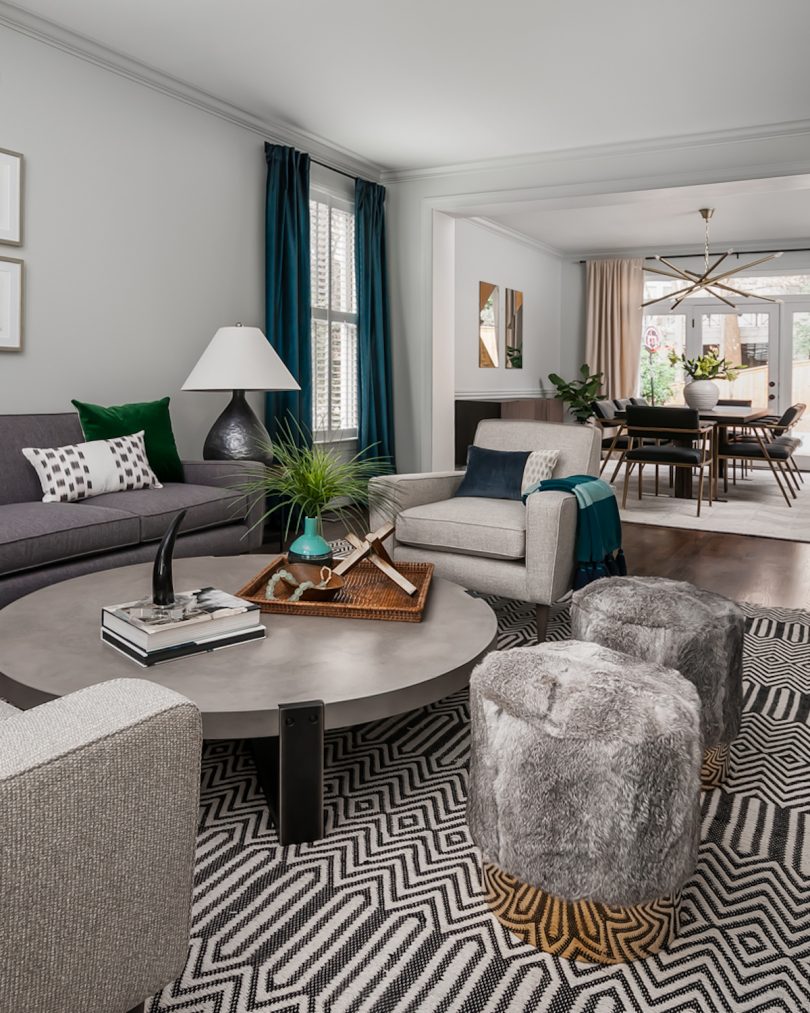