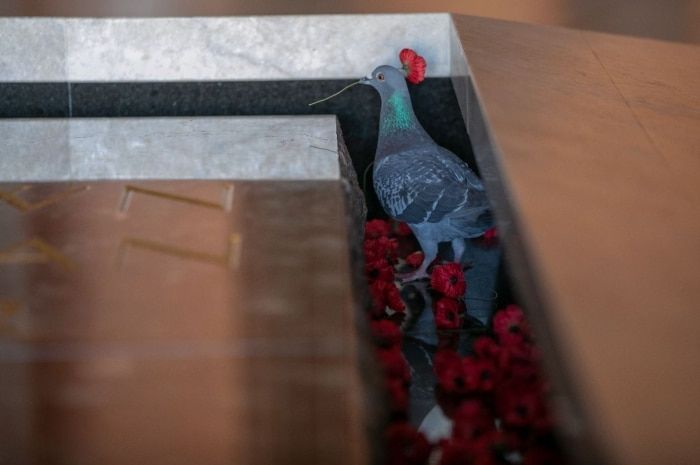 Staff at the Australian War Memorial noticed that some poppies were disappearing from the Tomb of the Unknown Australian Soldier. Poppies were laid on a monument because they are a symbol of the endurance and perseverance of wounded soldiers. These flowers were used to remember and honor those who were brave and fought on the battlefield. Upon inspection, the staff found out that a stray pigeon has been grabbing the flowers to create a nest on the ledge of a window.

Oddly enough, the staff finding out about the identity of the poppy thief gives a whole new meaning to the ‘missing flowers situation.’ Before the rise of communication technology, pigeons were used to send messages at times of war. So one can assume that the pigeon was merely paying homage to the service of its ancestors and soldiers in its own way.