Jean-François Pilâtre de Rozier was born in Metz, a city in northeastern France, to a tavern keeper and his wife. On the recommendation of one Viollet, a friend of his father, Rozier was enrolled at the Royal College of Saint Louis, a school run by the Benedictines, but Rozier proved to be careless and inattentive. The same benefactor then got the rebellious youth registered as student of surgery at a military hospital, but this too he abandoned because of his utter disgust for dissections. In the end, Viollet managed to coax Rozier into studying physics, chemistry, and natural history. He also completed a three-year training in pharmacy. 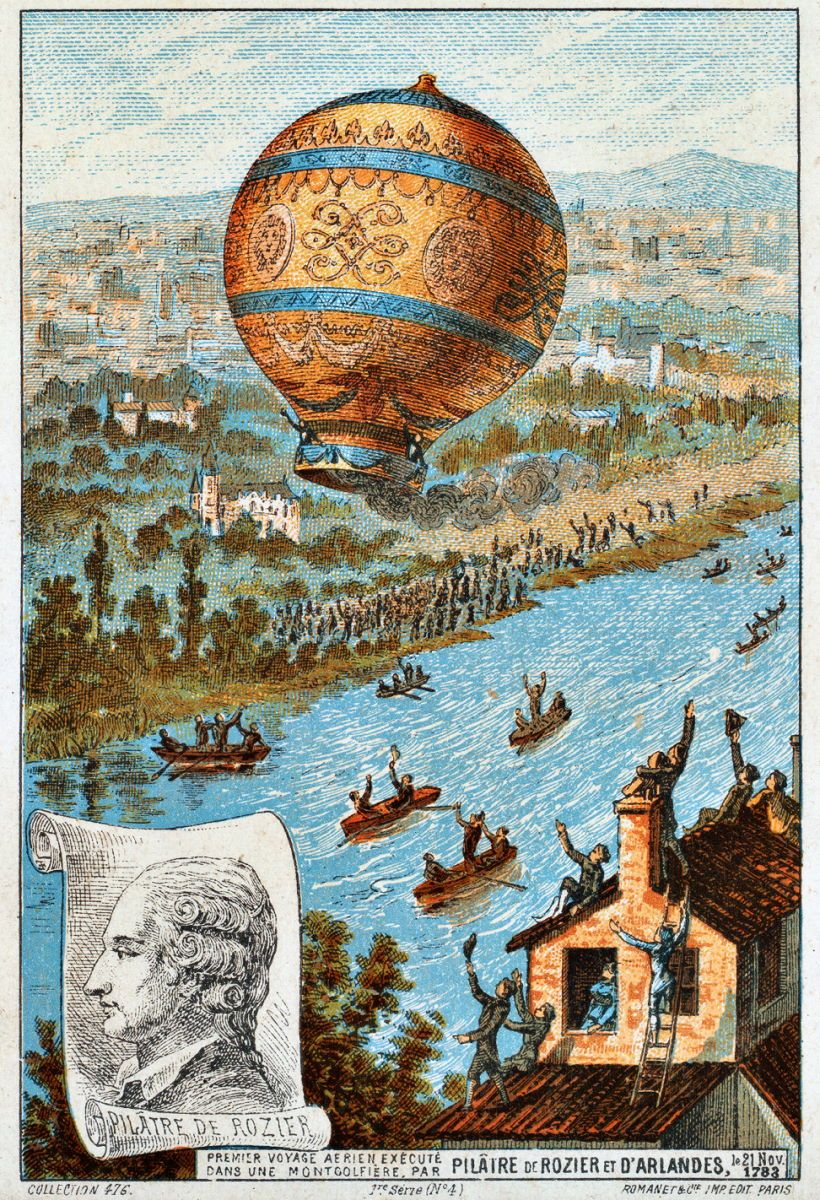 The first untethered balloon flight, by Rozier and the Marquis d'Arlandes on 21 November 1783. Image: Wikimedia Commons