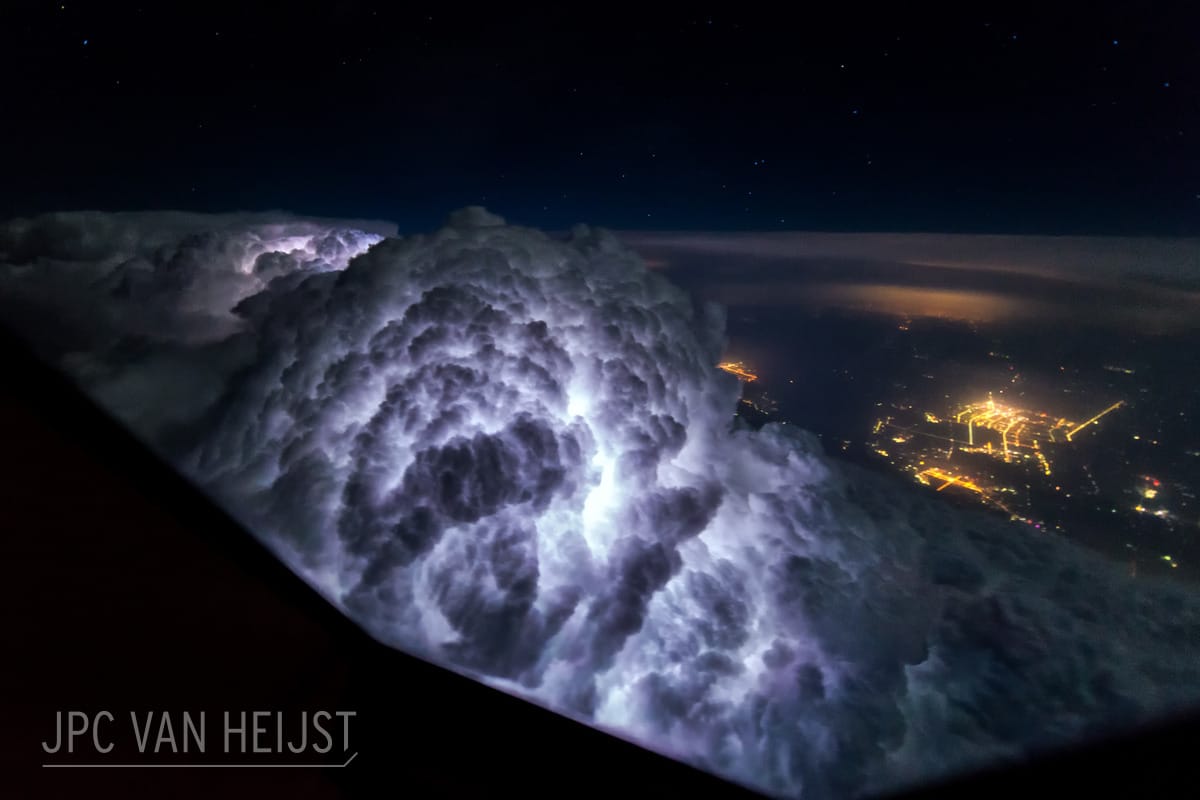 Cloud struck by lightning between Beijing and Shanghi

The sights from 32,000 feet in the air are amazing. From that distance, you’re above the clouds and can watch the weather from an extreme bird’s-eye view. While it’s now common to snap a photo of the clouds from your seat, pilot and photographer Christiaan van Heijst does one better with his view from the cockpit. His cloud and weather photography features expansive glimpses of thunderstorms, sunrises, and the Northern lights. Some are tranquil and some are dramatic, but they always highlight the splendor of our natural world.

One of van Heijst’s most memorable shots is of lightning striking a storm cloud between Beijing and Shanghai. It’s here that you see the true power of Mother Nature, as a voluminous fluffy form looks like it has so much power that it’s about to burst. In the distance, we see an illuminated city below, seemingly unaware of the phenomena going on above it.

For van Heijst, flying is a lifelong pursuit. He started glider flying when he was just 14 years old and received his private pilot license at age 18. Many years later, he’s now recorded about 8,000 hours in his logbook and began to exercise his other passion for photography. He keeps his camera within reach while he’s in the air, and the rush of excitement he feels never gets old. “When viewing a big storm of Northern Lights or an active thunderstorm,” he says, “I feel very small and insignificant, compared to the raw energy, beauty, and size that plays out in front of me.” 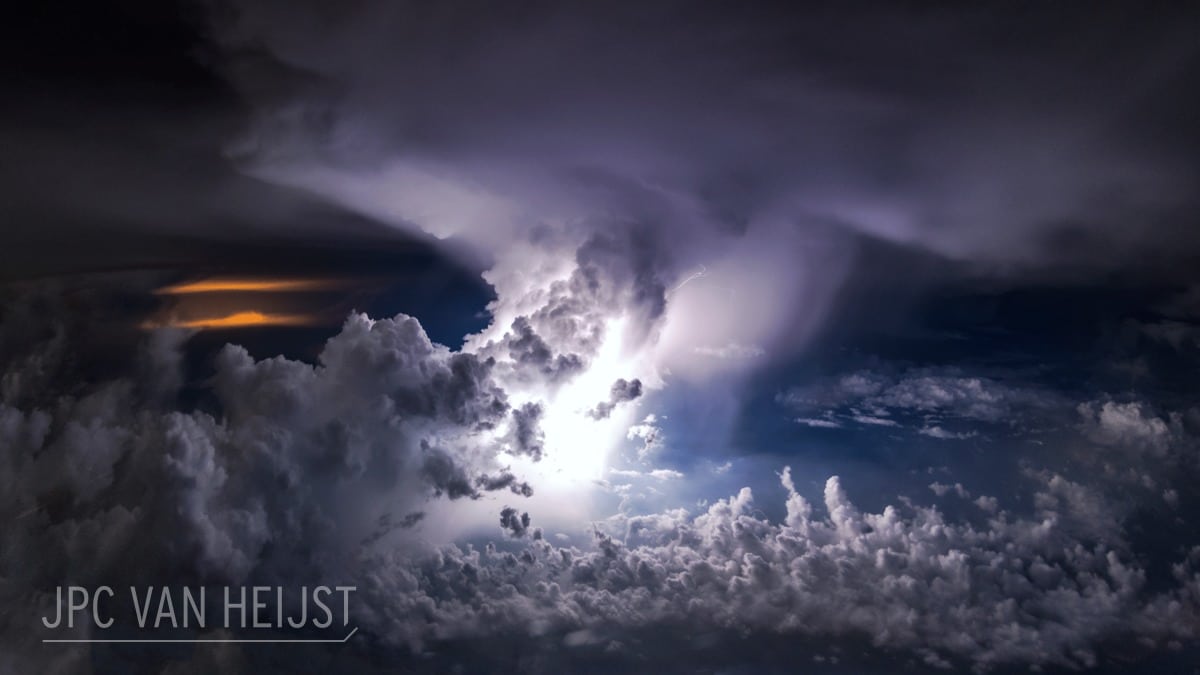 Some shots are dramatic… 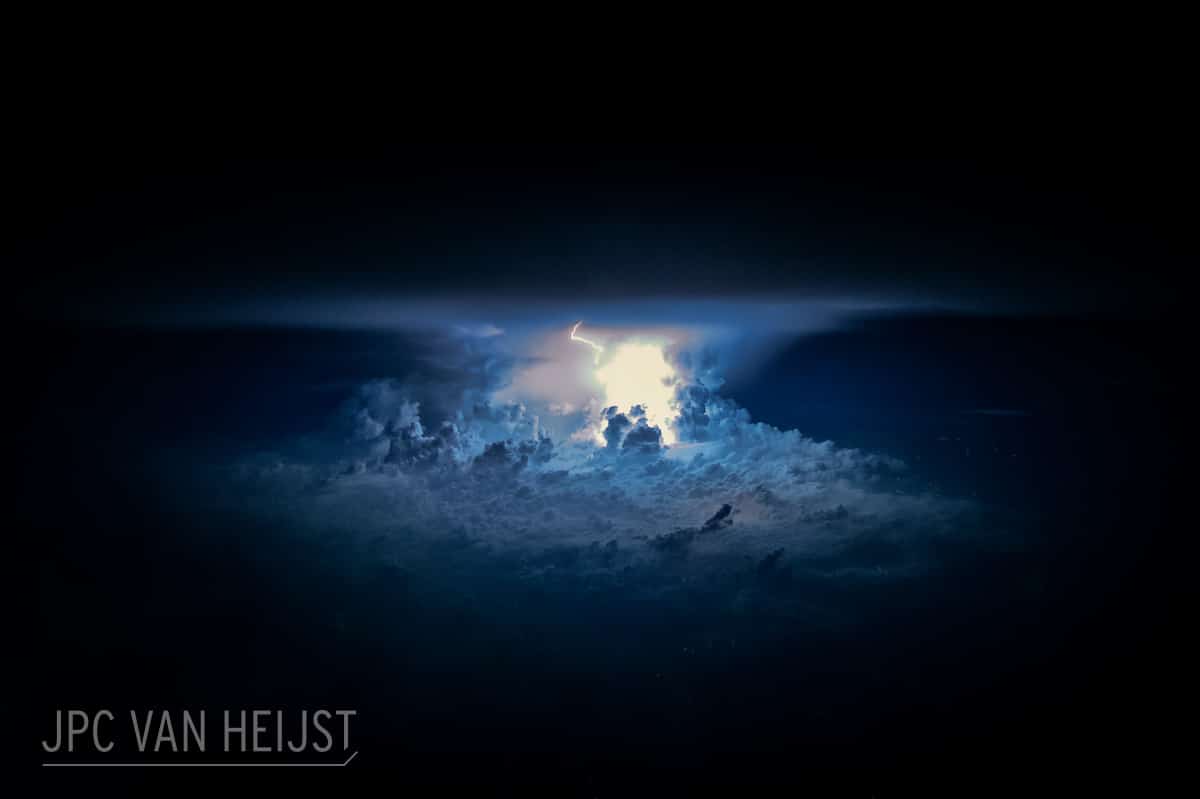 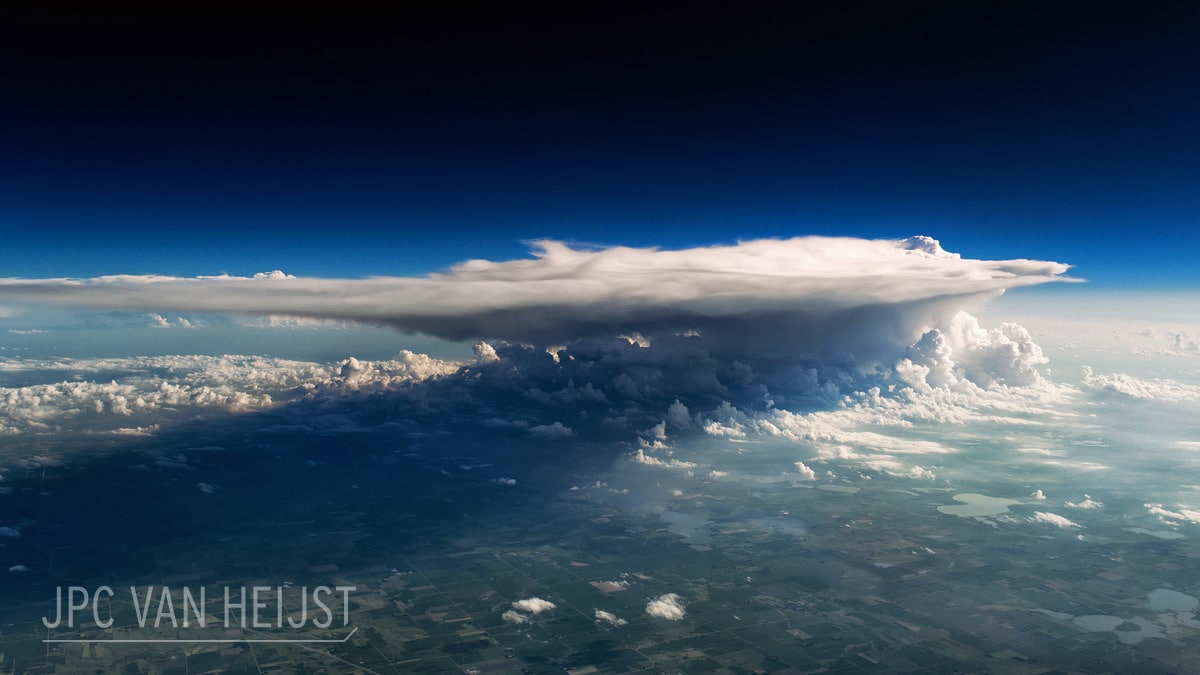 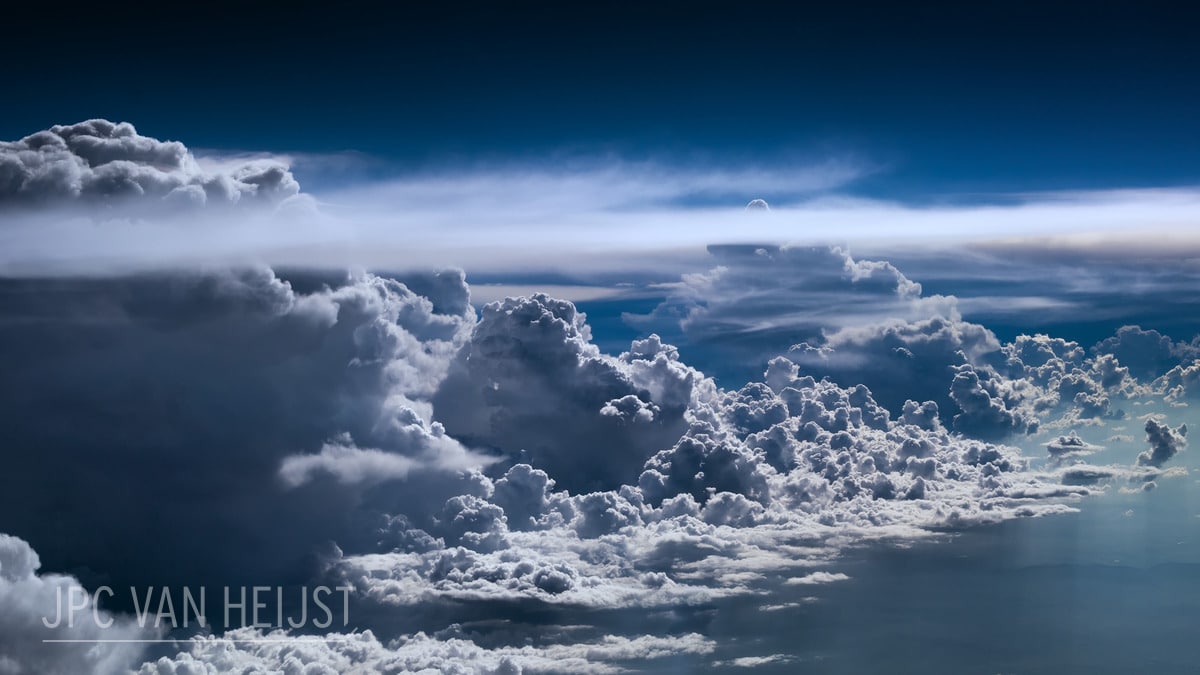 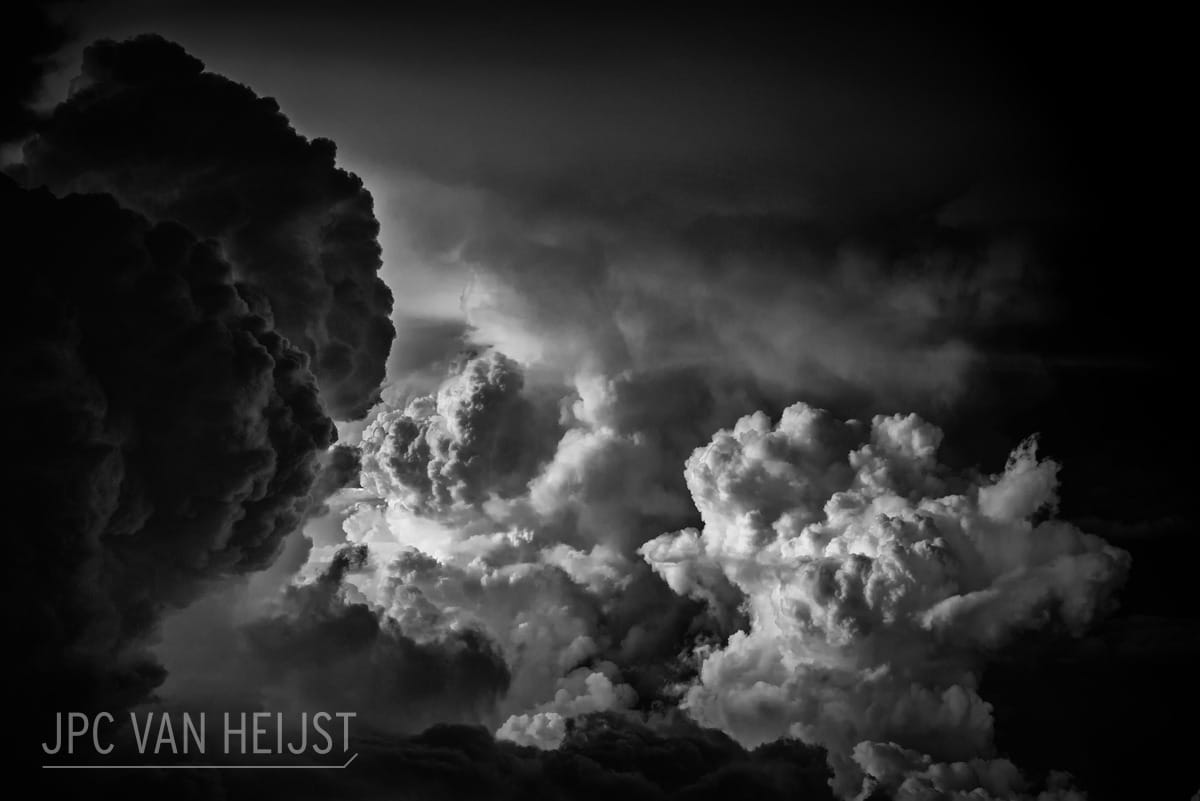 … while others show incredible cloud formations. 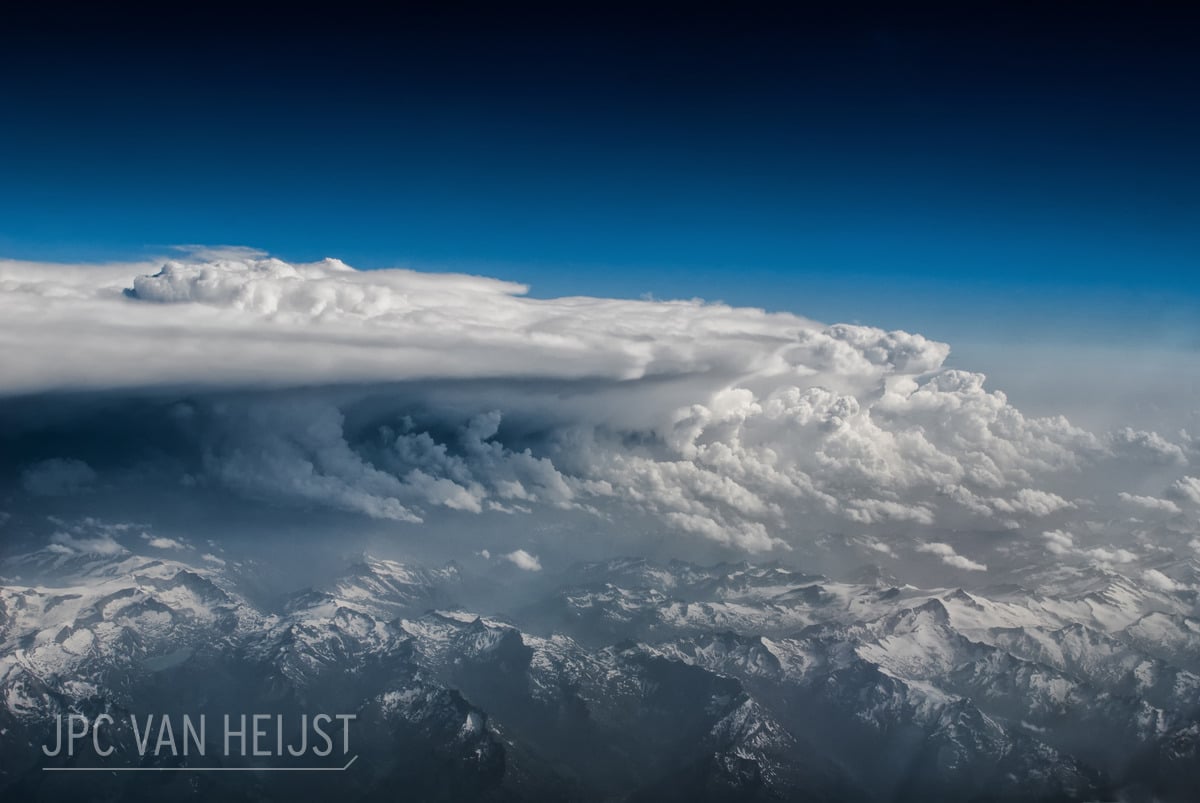 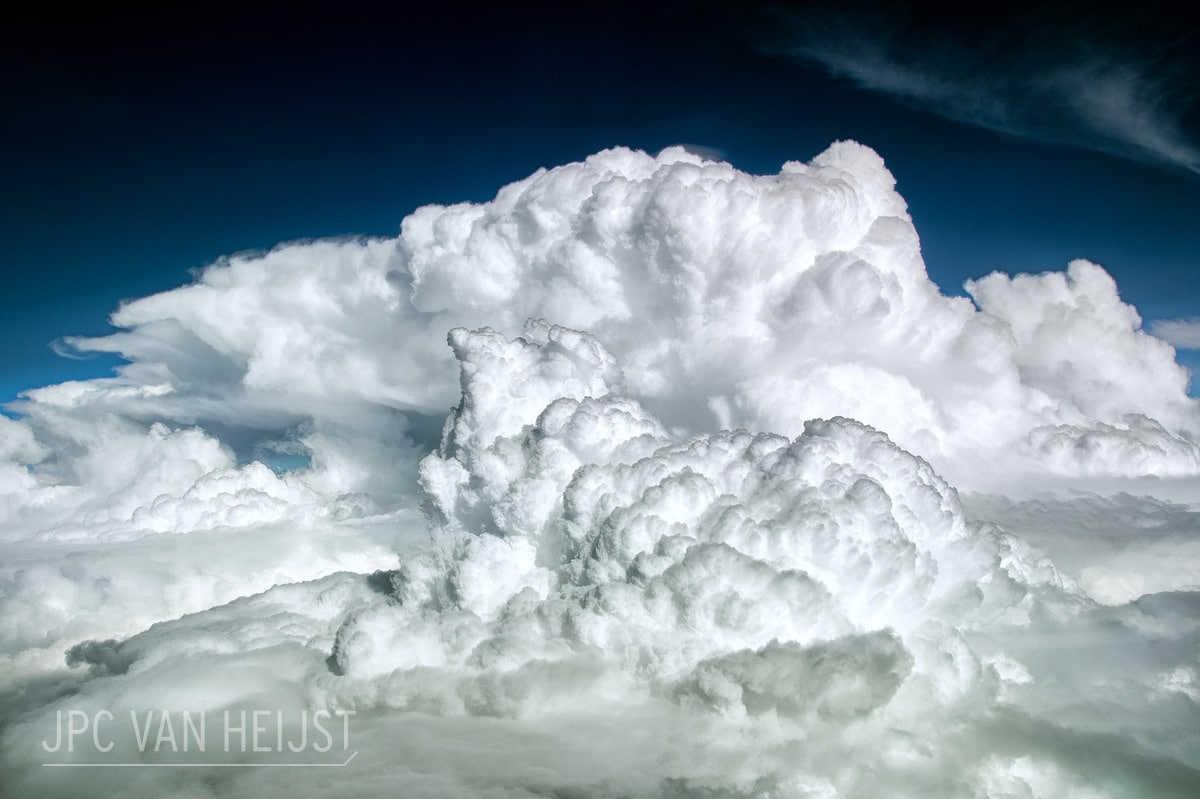 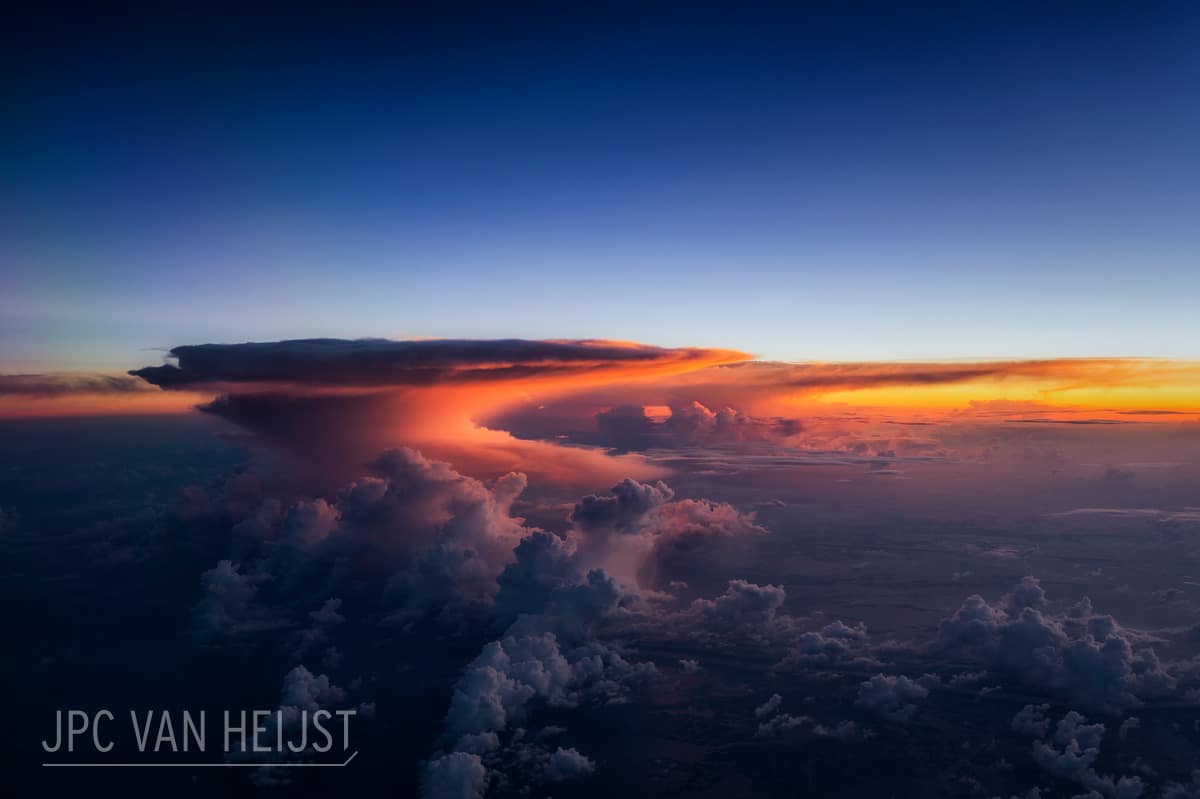 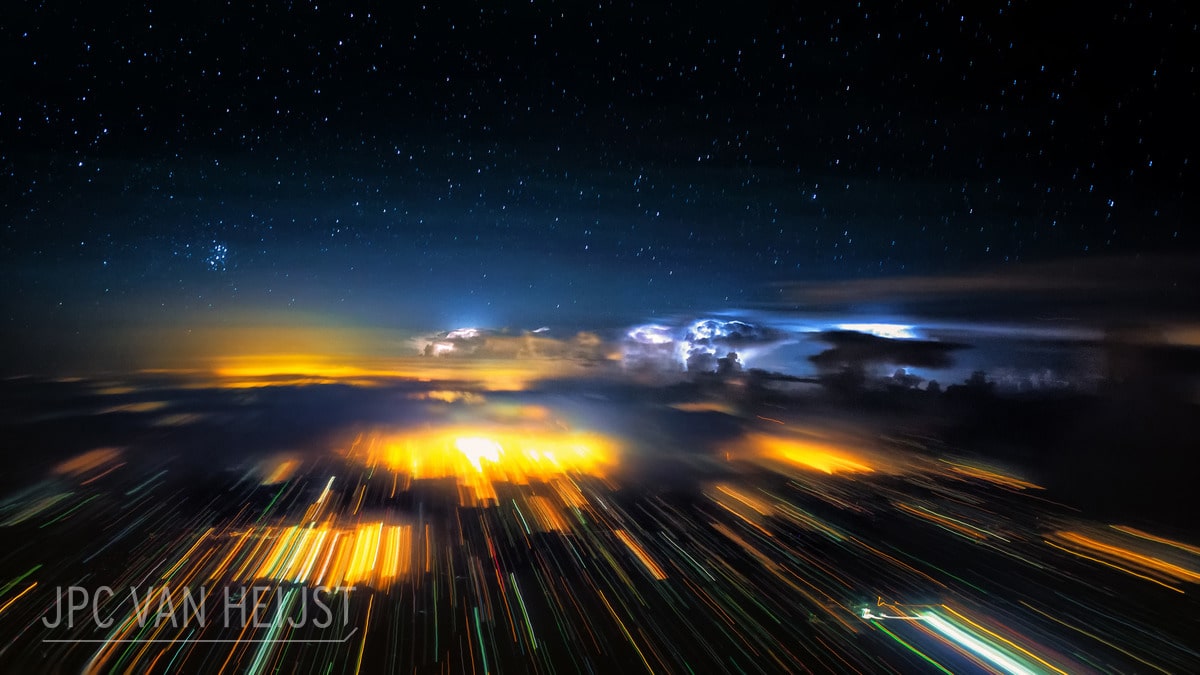 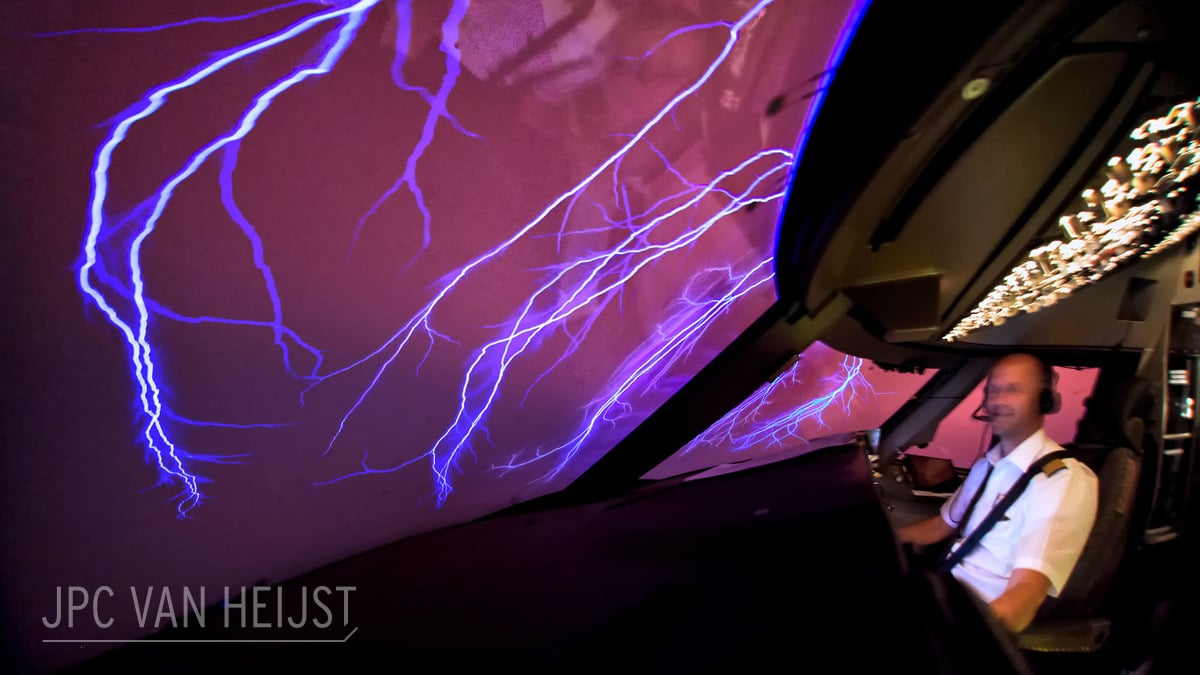 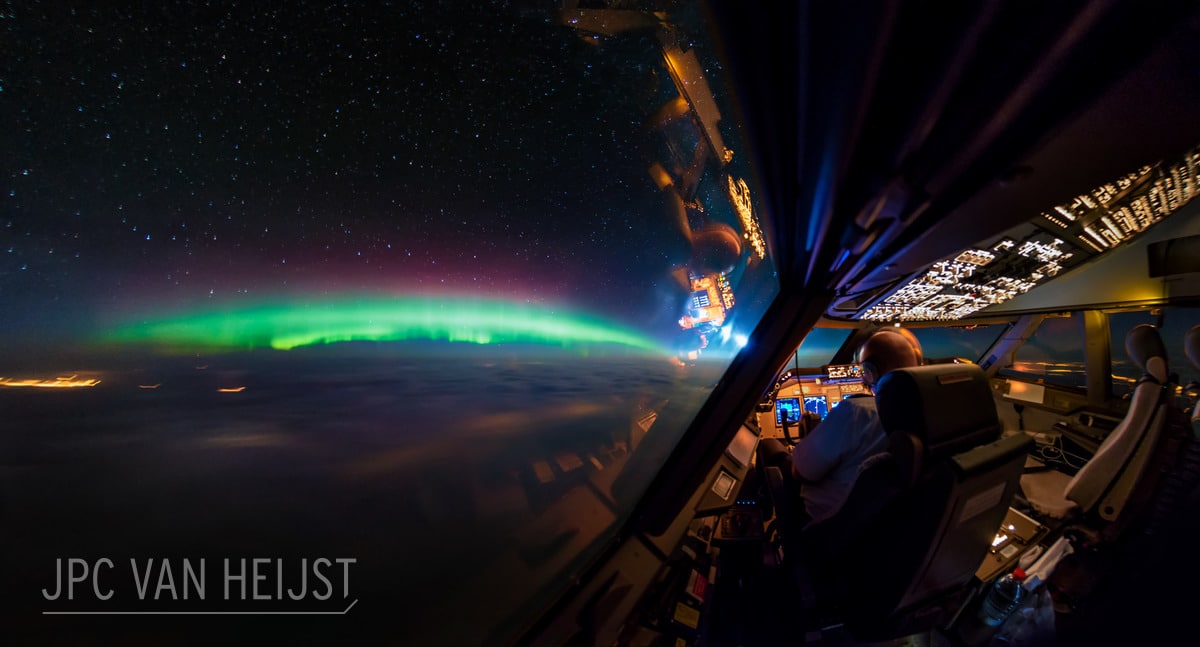 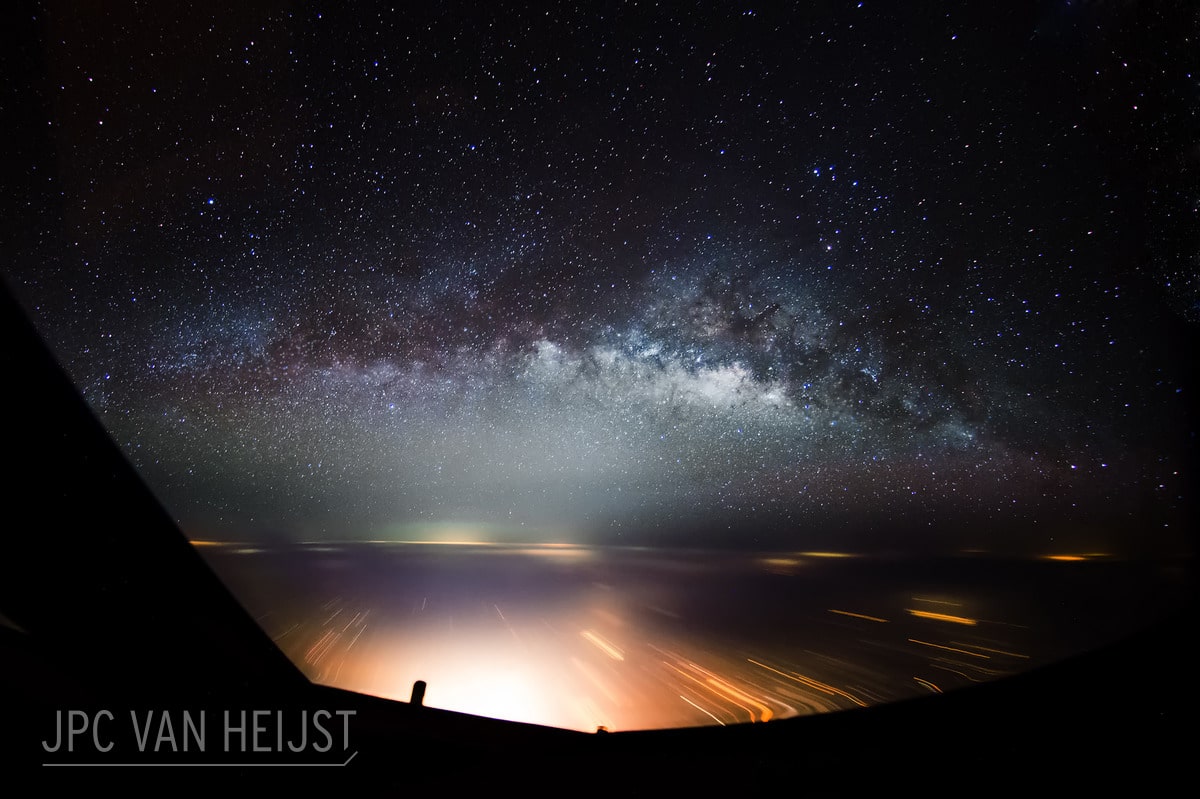 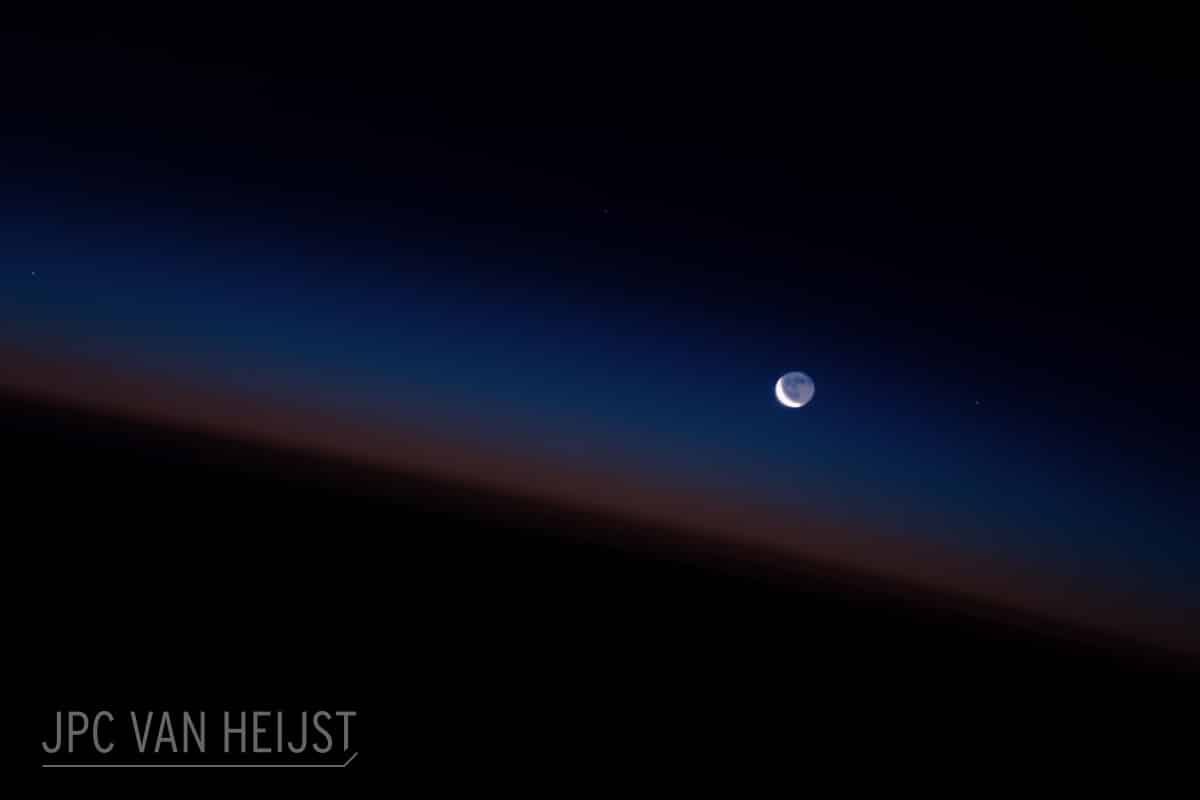 My Modern Met granted permission to use photos by Christiaan van Heijst.

Unusual and Beautiful Rainbow Cloud Portal Appears in the Sky

Dubai Buildings Are So High, You Can Look Down at the Clouds

The post Pilot Reveals How Dramatic Thunderstorms Look From Above the Clouds appeared first on My Modern Met.