Italian bicycle manufacturer Pinarello has produced the Bolide F HR 3D, which they’re billing as “the first and fastest high performance 3D-printed bike ever built.” The frame and fork were printed using Scalmalloy, a blend of Scandium, Aluminum and Magnesium that yields high strength and was specifically designed for 3D printing. 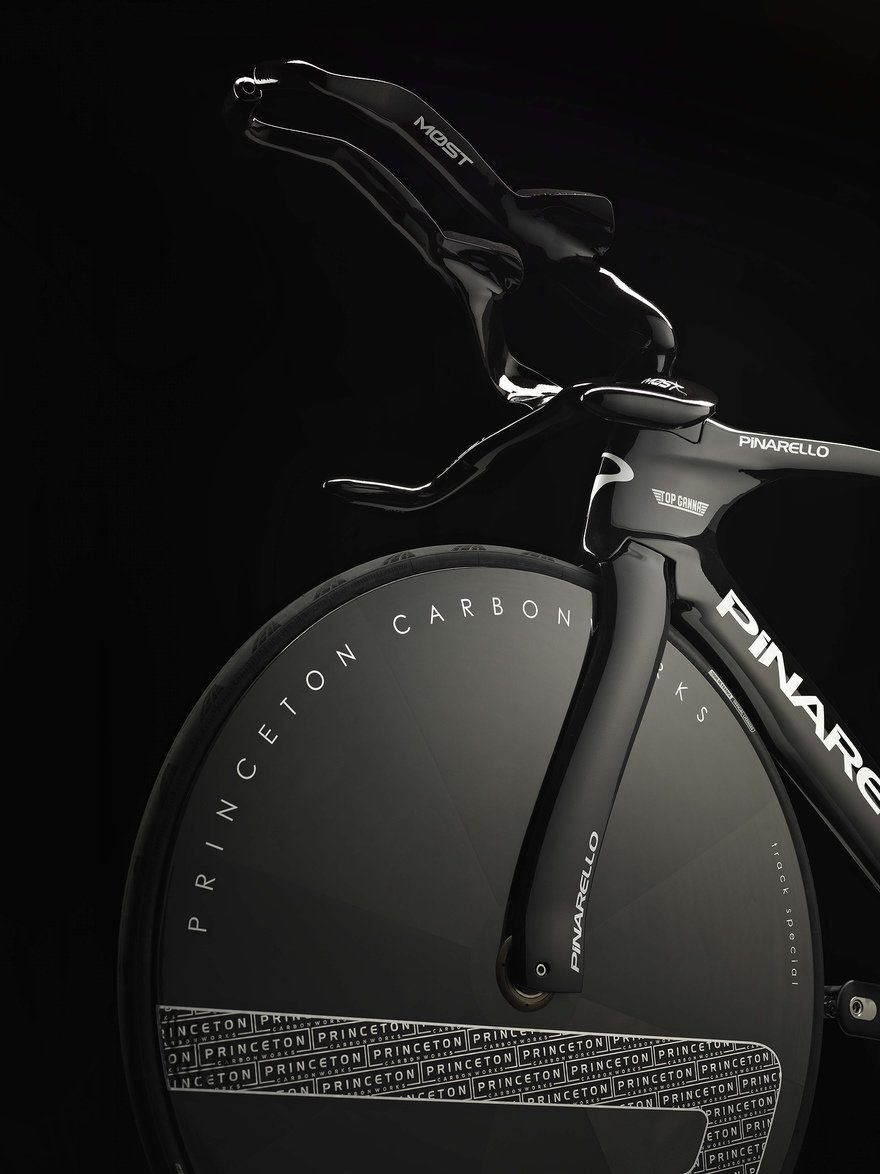 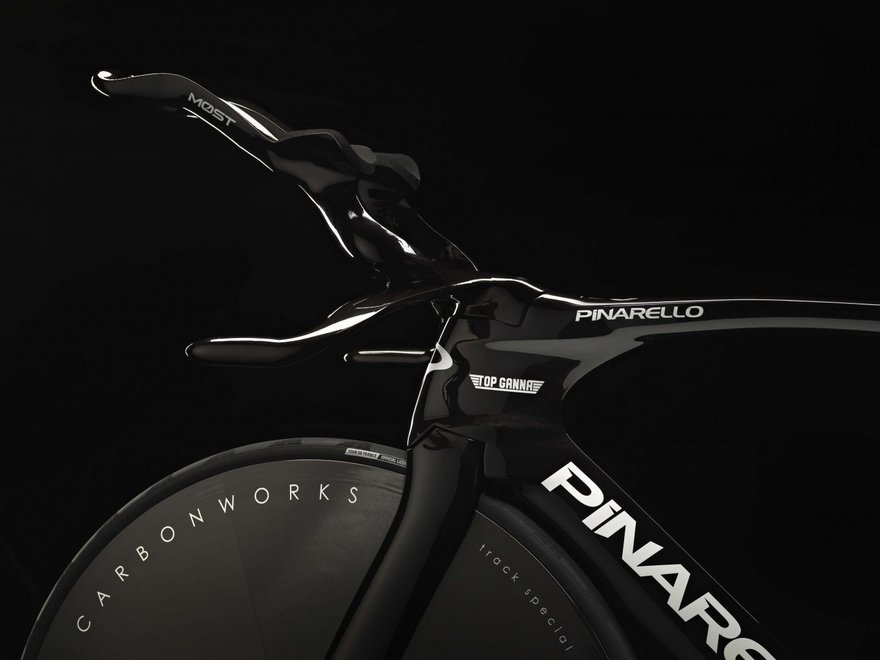 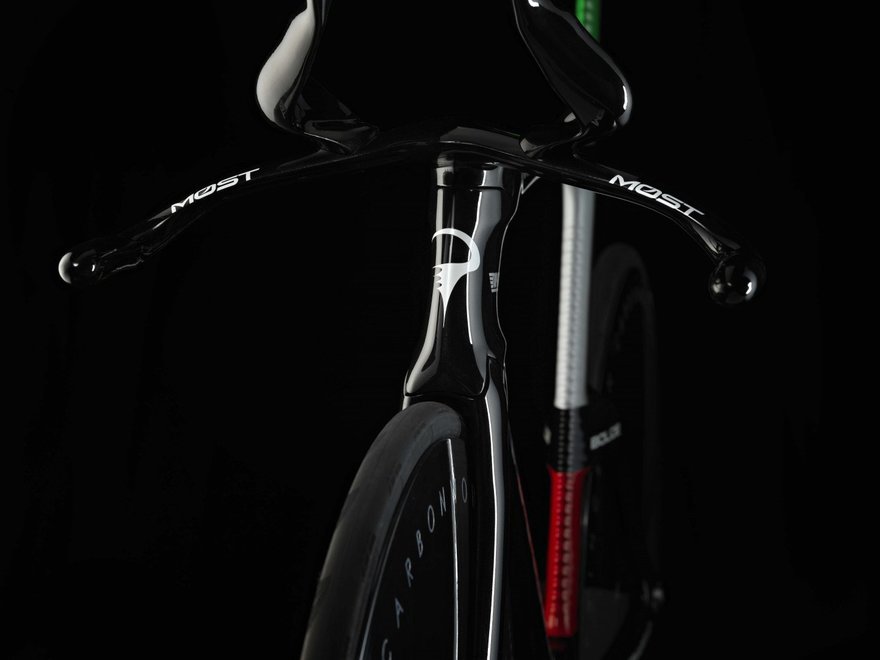 “The concept behind this unique Bolide F HR 3D is to blend strength and stiffness with aero gains, relying on a production method that would allow for millimetre-perfect sizing,” the company writes. 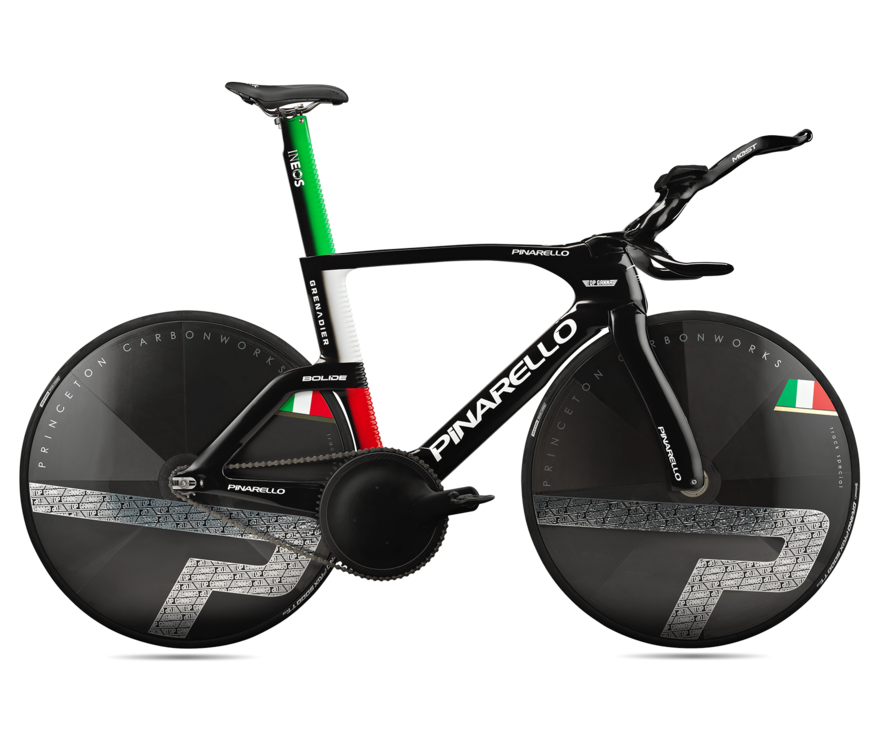 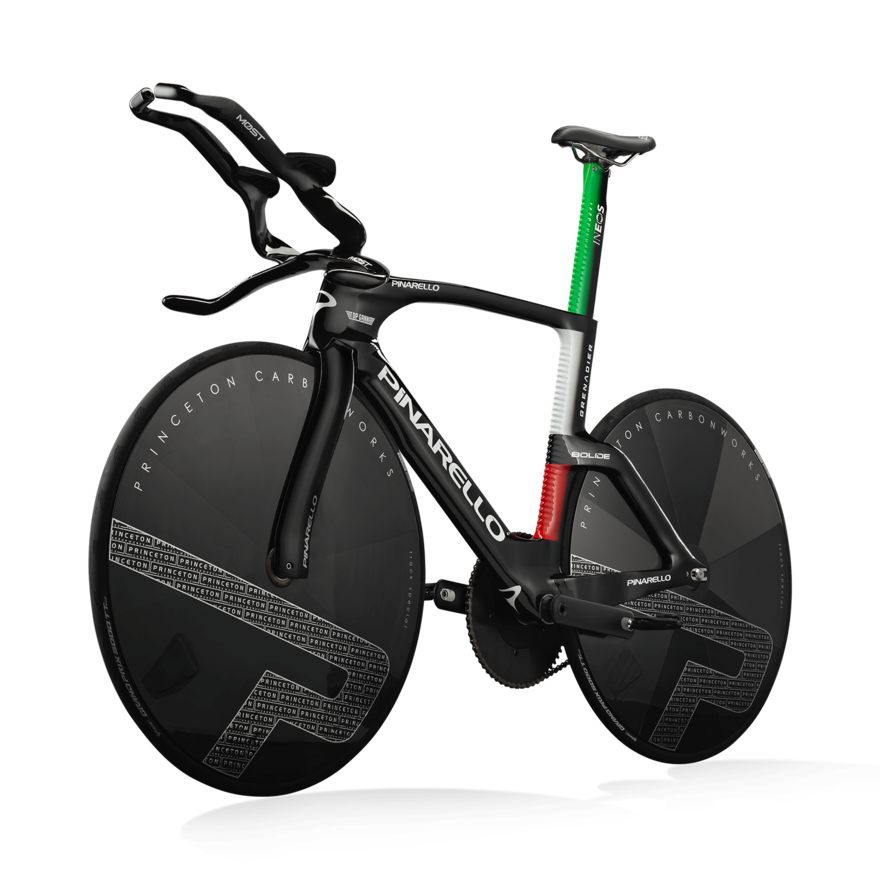 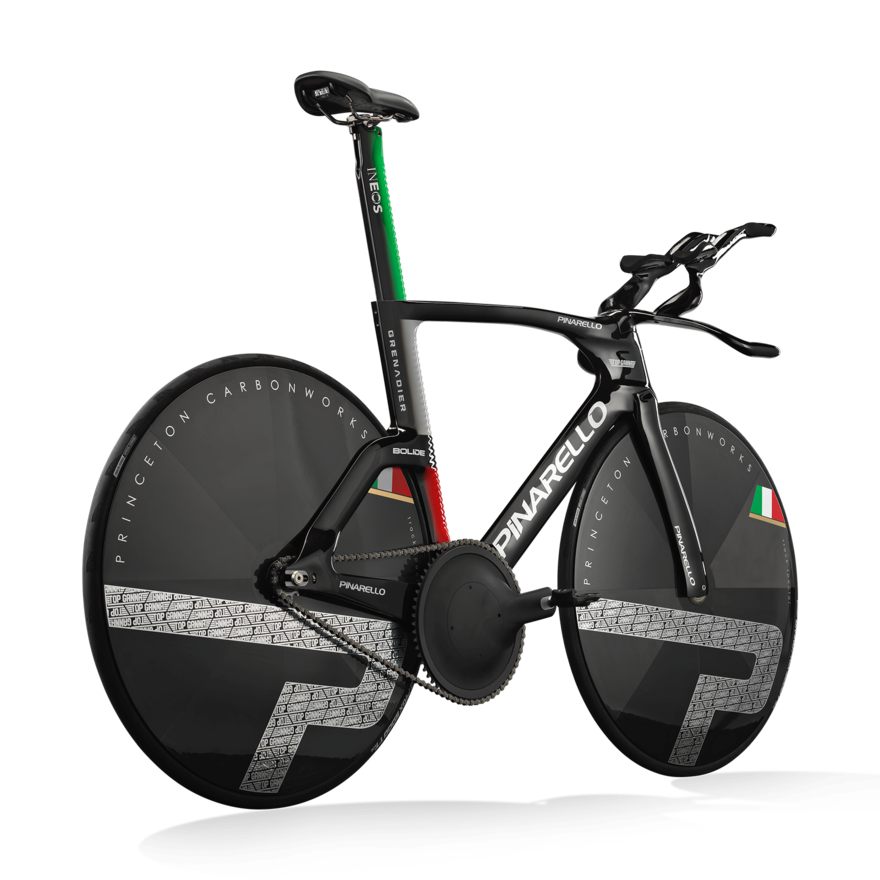 The peculiar serrations in the seat tube and seat post aren’t whimsy; they’re actually a biomimetic way to increase the bike’s aerodynamics. 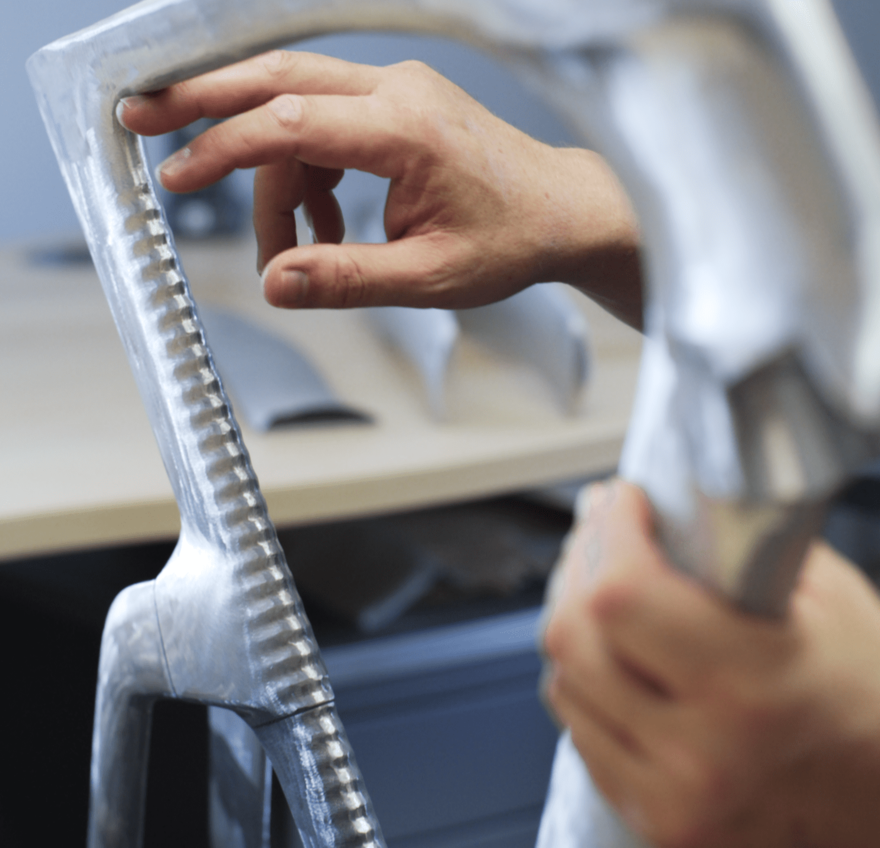 “The combined drag of the seat tube and seat post is almost 40% of the total drag of the frame and fork. By studying how humpback whales can do very tight manoeuvres in the oceans, researchers have found that the tubercles (the protrusions in the front of their flippers) contribute significantly to this ability. Working on this shape applied to bicycles, they have also found that ridges can minimise and reduce drag by generating streamwise vortices in the troughs between the bumps, causing the flow behind the peaks to stay attached.” 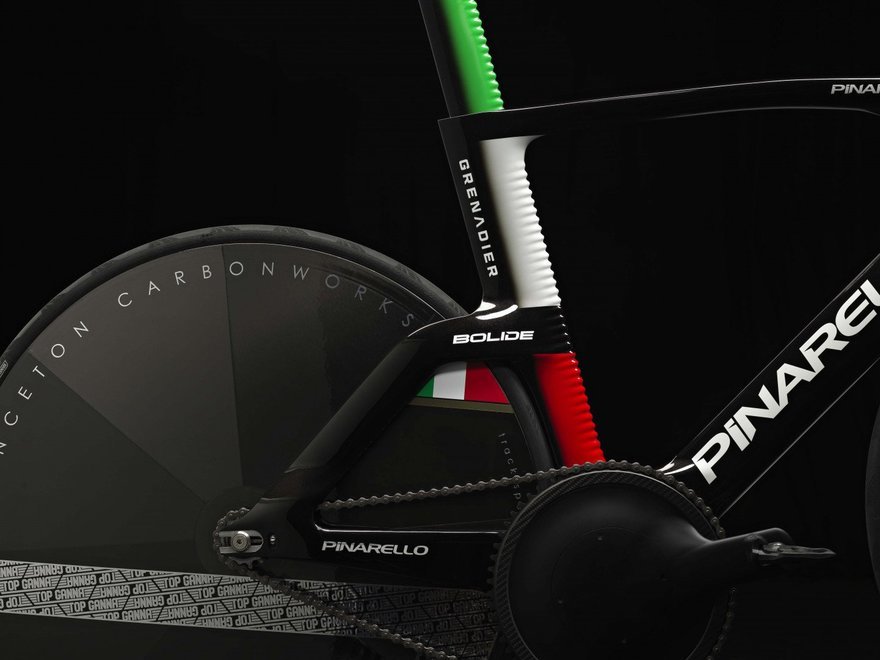 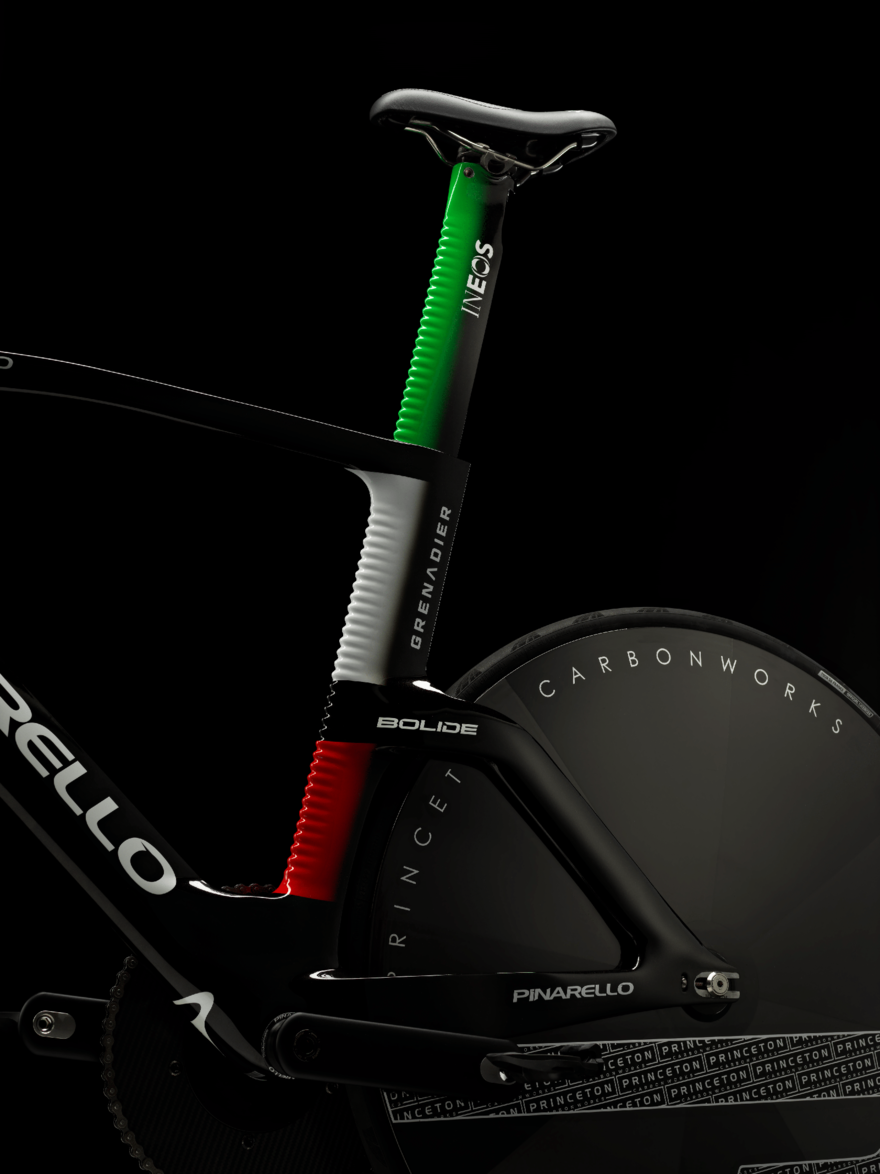 The bike was designed in collaboration with competitive cyclist Filippo Ganna and his INEOS Grenadier’s team. Ganna will be using the Bolide to attempt to break the UCI Hour Record, whereby one cycles around a velodrome and tries to rack up as much distance as possible in an hour. Here’s a teaser vid with Ganna and the bike: