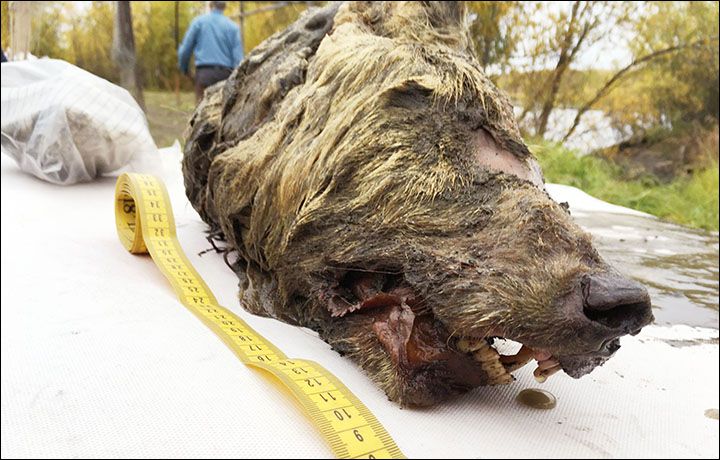 This is a severed head of the Pleistocene wolf, an ancient species of wolves that existed in prehistoric times. Amazingly, because of permafrost, its mammoth-like fur and majestic fangs remained intact. This was found on the summer of 2018 by a local man named Pavel Efimov on shore of the Tirekhtyakh River, tributary of Indigirka.

The wolf… was fully grown and aged from two to four years old when it died.

The head was dated older than 40,000 years by Japanese scientists.

Scientists at the Swedish Museum of Natural History will examine the Pleistocene predator’s DNA.

‘This is a unique discovery of the first ever remains of a fully grown Pleistocene wolf with its tissue preserved. We will be comparing it to modern-day wolves to understand how the species has evolved and to reconstruct its appearance,’ said an excited Albert Protopopov, from the Republic of Sakha Academy of Sciences.