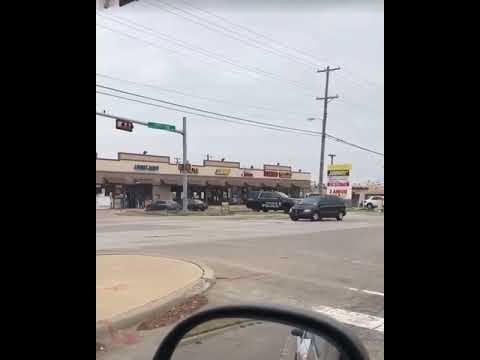 The above video, with added Yakety Sax, is only one portion of the low-speed police chase that led cops through Garland, Mesquite, and Dallas, Texas. Stoffon Lorains Cooper was stopped for speeding through a school zone, and fled when the officer discovered warrants against him. The loops through a parking lot were not the craziest part of the chase.

Cooper’s most daring maneuver, caught on video by Texas Sky Ranger, was to thread the vehicle through a car wash, turn around and drive right past police, over a curb and back onto the street.

Dallas police handed Cooper over to Garland police, who charged him with the original warrants plus evading arrest. -via reddit