On the west coast of Sardinia, the second-largest island in the Mediterranean Sea, there was once an unusual port. It’s a small opening on the rock face of the limestone cliffs above the sea, that led directly to the Masua mines, where zinc and lead ores were extracted, via a 600-meter-long tunnel. Ores were brought by conveyor belts to the mouth of the tunnel, from which a mechanical arm loaded the ore directly onto waiting ships. The ingenious harbor was built in 1924 by engineer Cesare Vecelli, who named it Porto Flavia after his daughter Flavia. 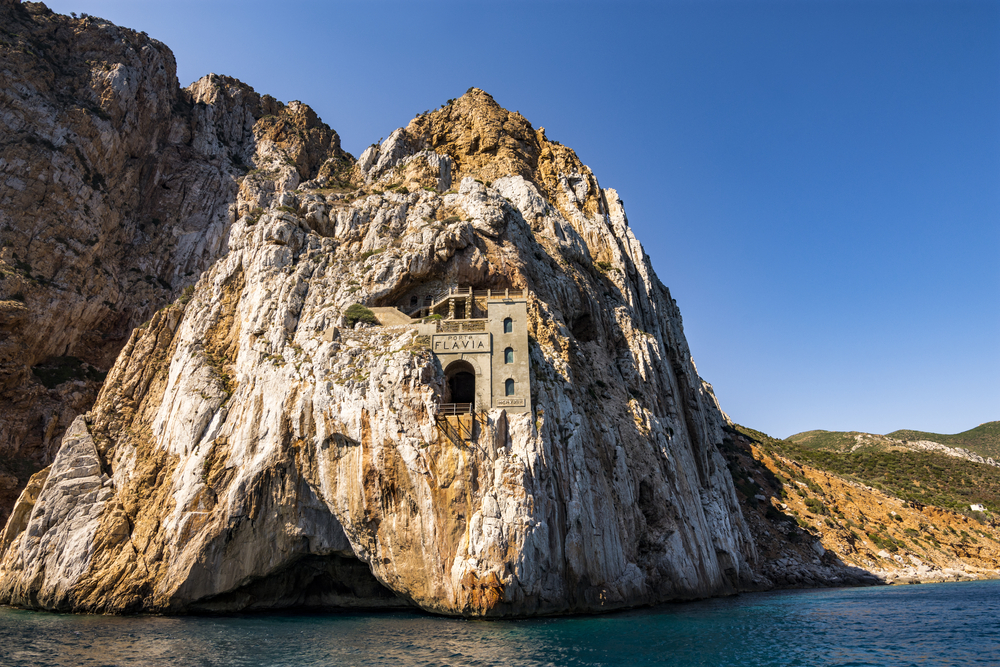