The Low Bros’ retro futuristic paintings reflect on our contemporary life and its phenomena, as well as future tendencies. In their „Post Internet Explorers“ mural for the Shine festival in Saint Petersburg, Florida they set the focus on the development of the internet. From the initially idea of an open source community, to the takeover of the big corporations.

Questioning if all the convenience and benefits through homogenized platforms and algorithms, are worth the price we all need to pay. As nothing comes for free in a capitalistic system.

The Low Bros are a German Post Graffiti artist duo made up of brothers Christoph (1984) and Florin Schmidt (1982). With a background in street culture and an interest in contemporary developments, they explore a self coined ‘Retro-Futuristic’ vibe. From their collective memory of the 80s and 90s, the Low Bros create a vantage point from which to reimagine the present future; a perception which refocuses the conflicts they embody in the modern age. 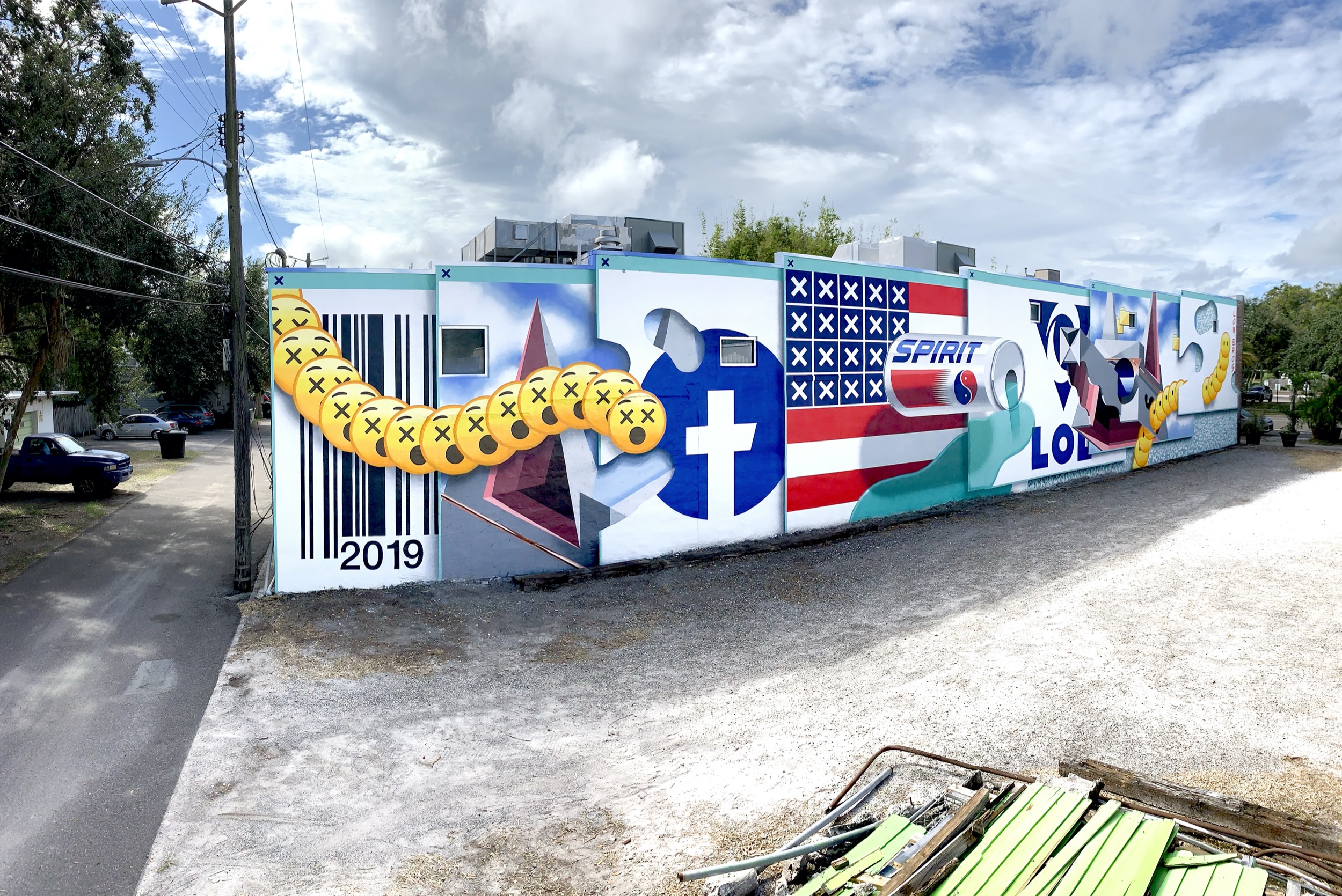 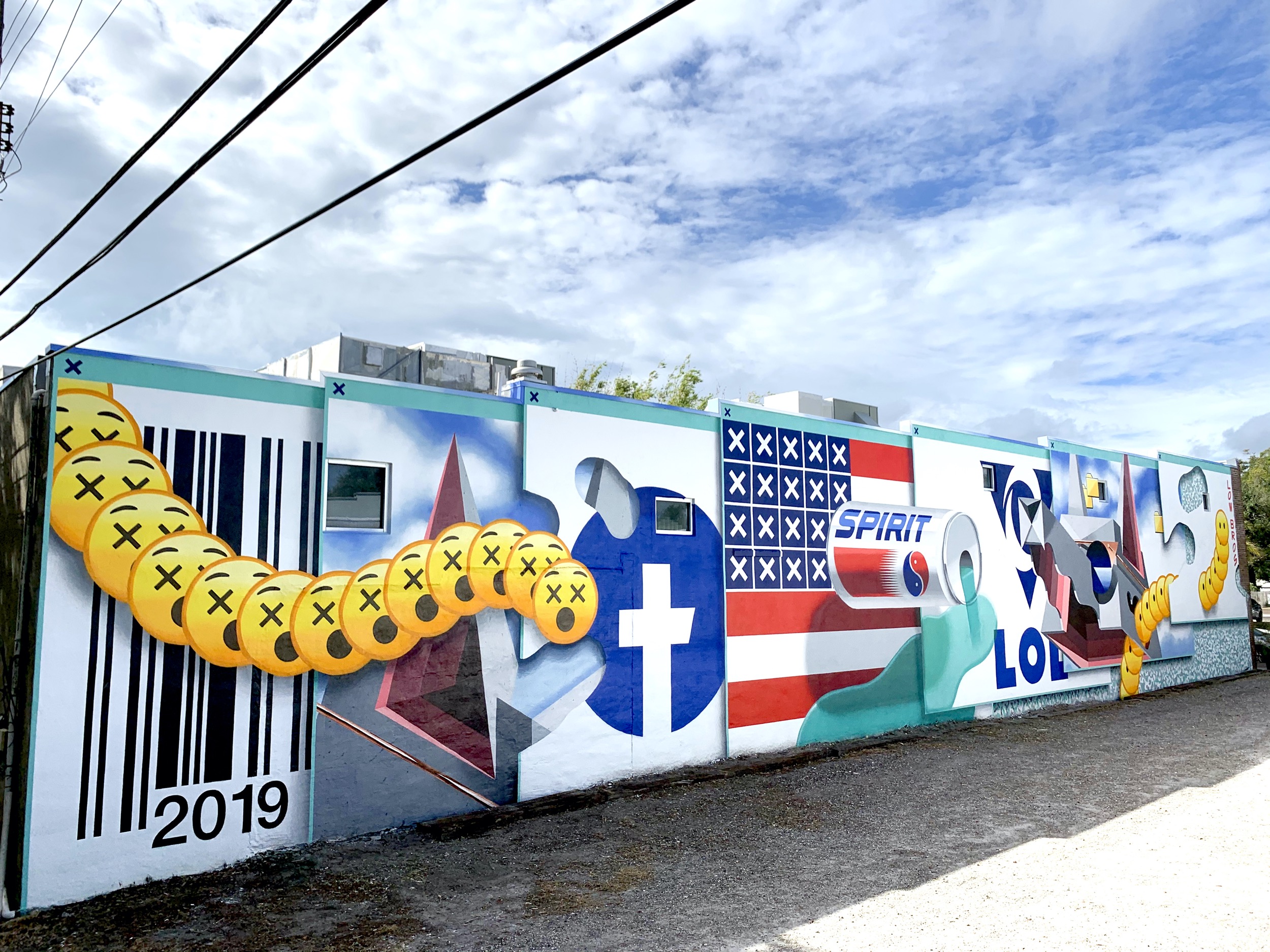 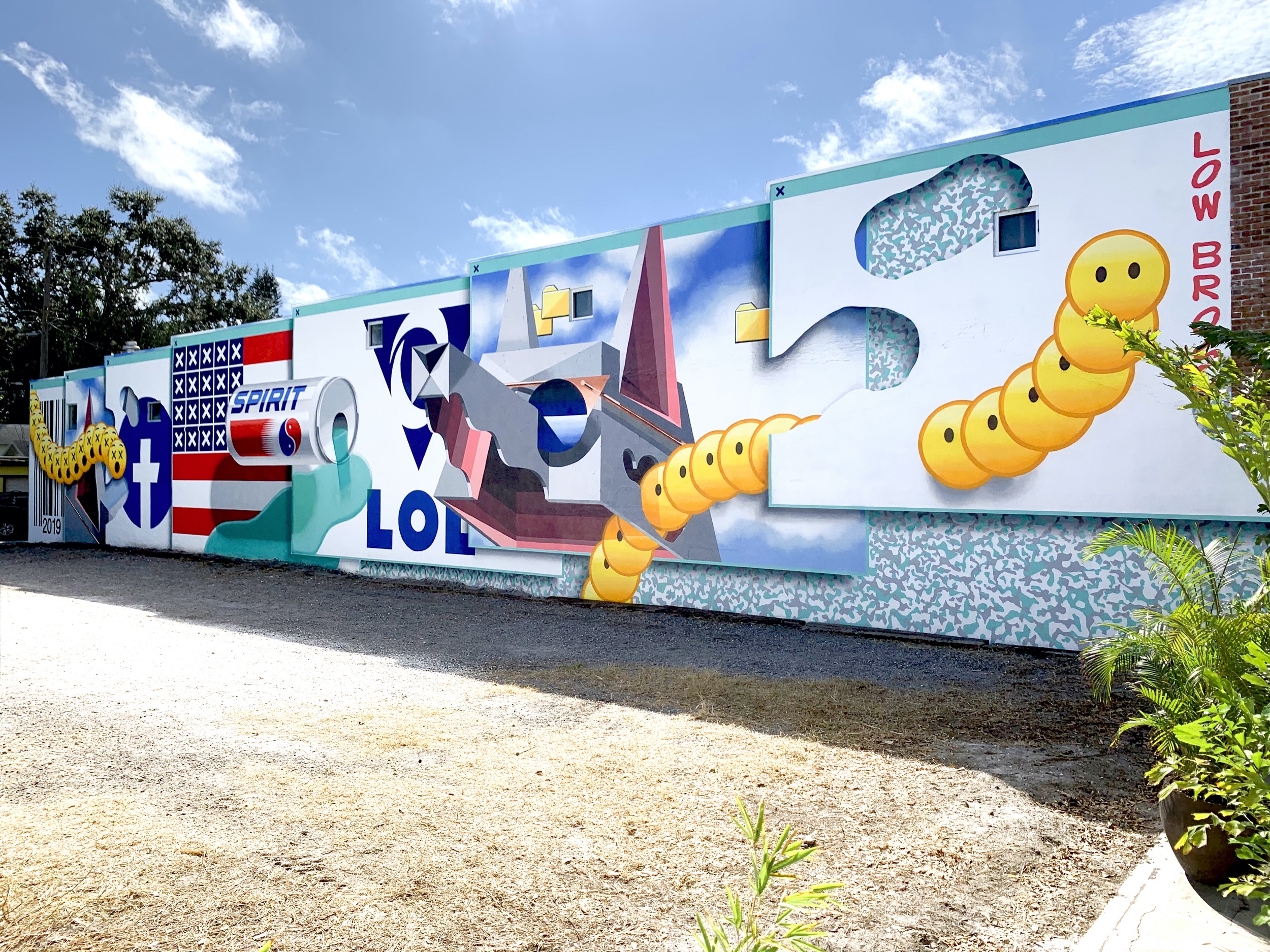 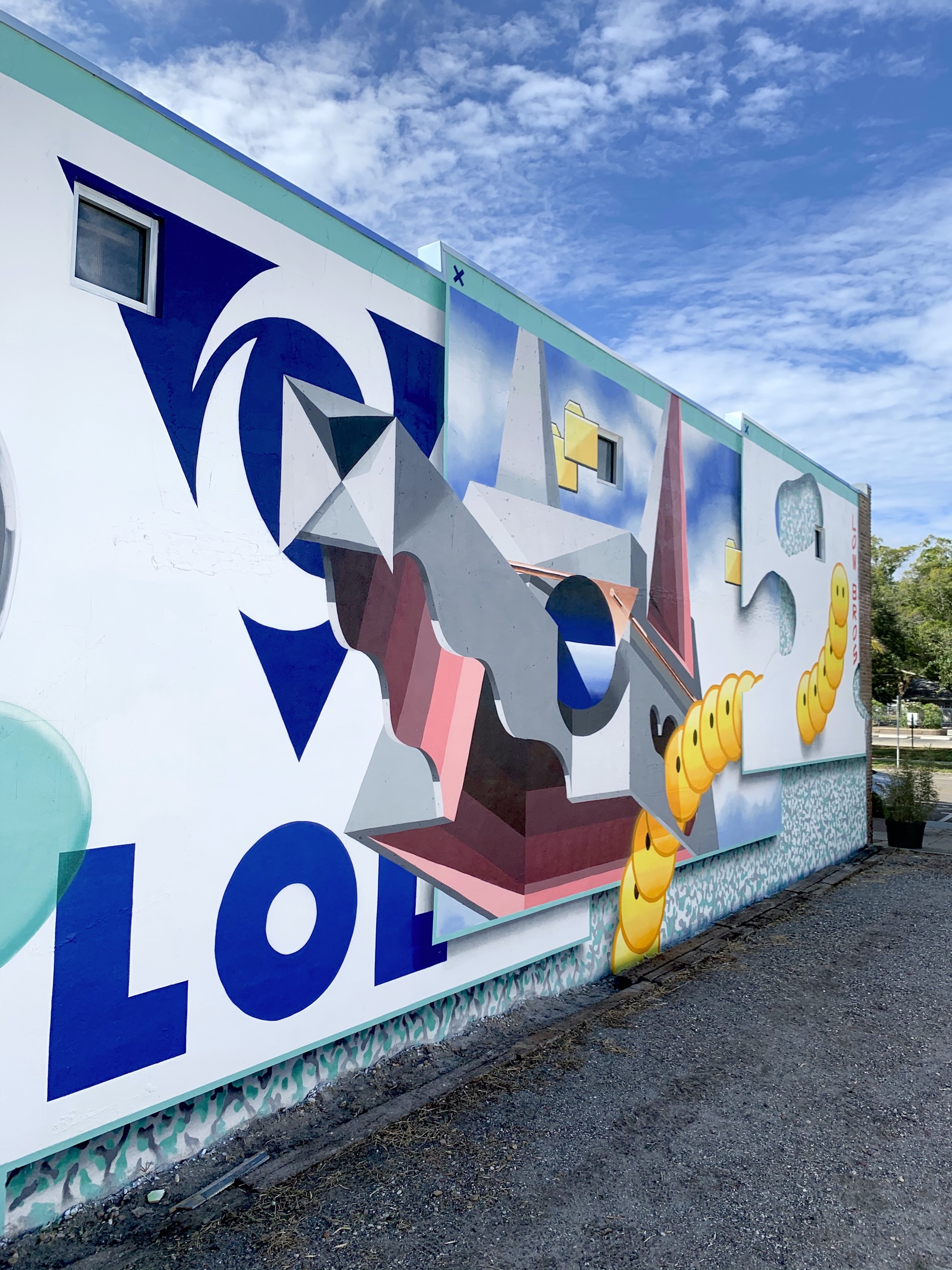 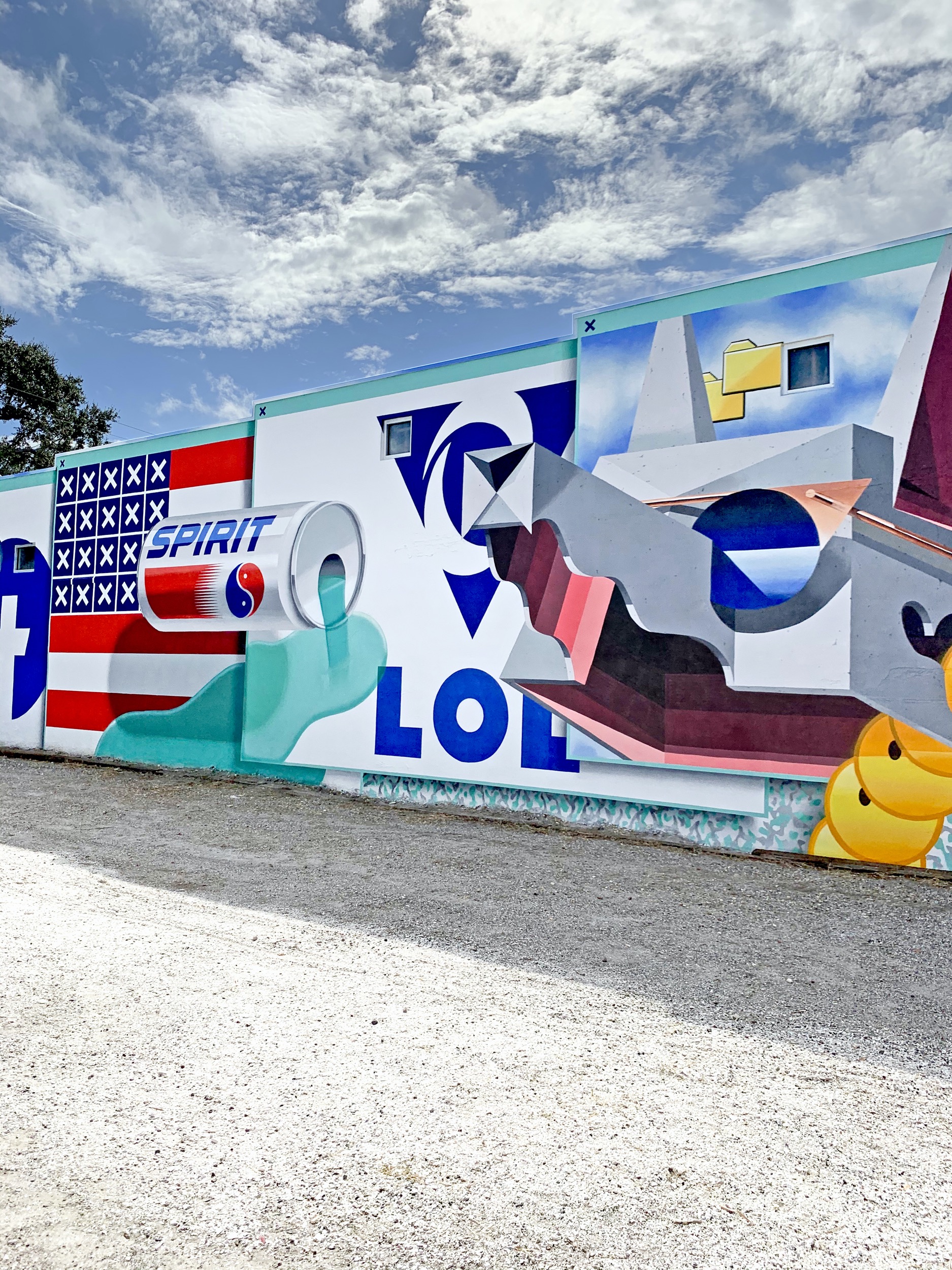 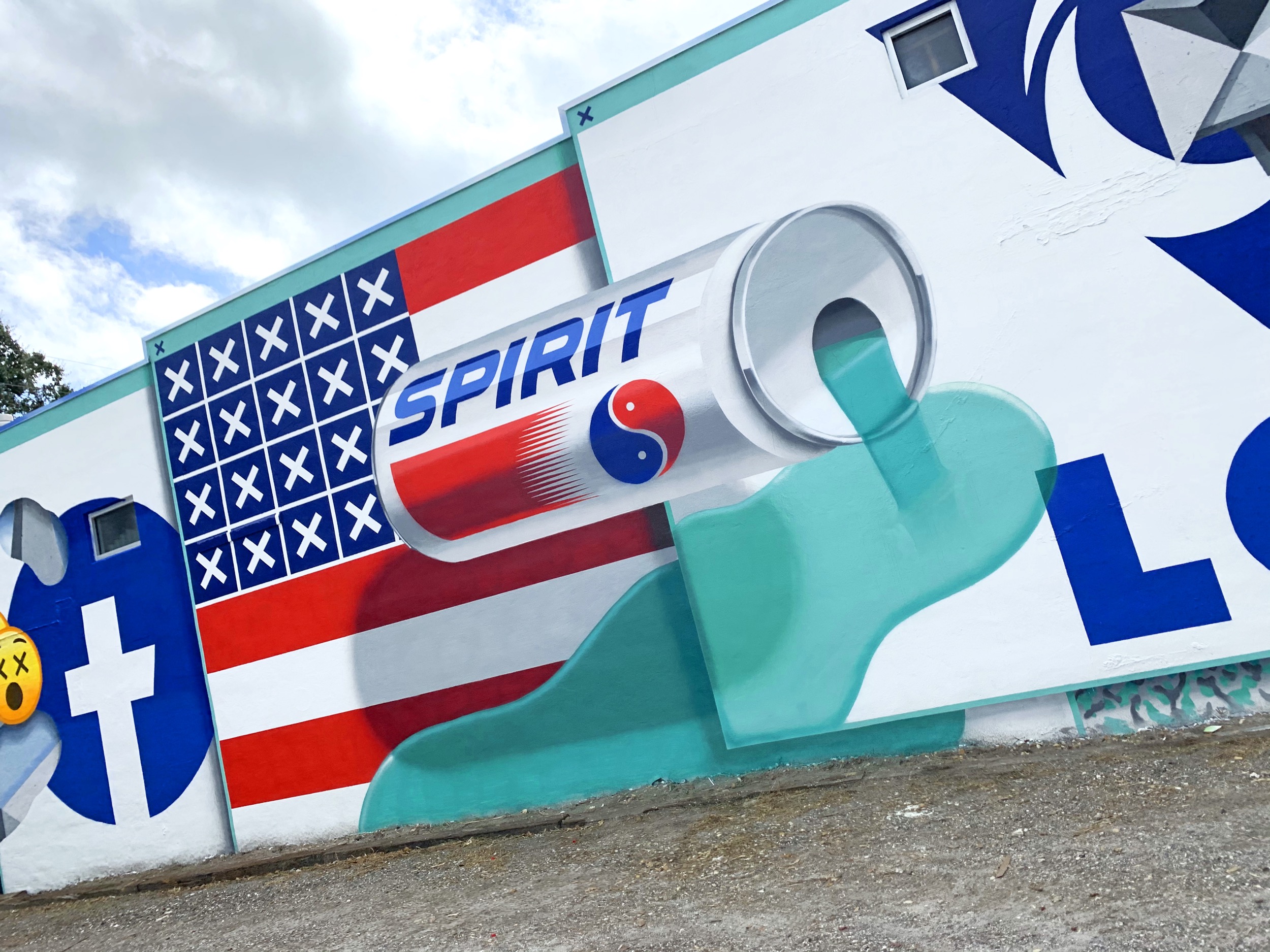 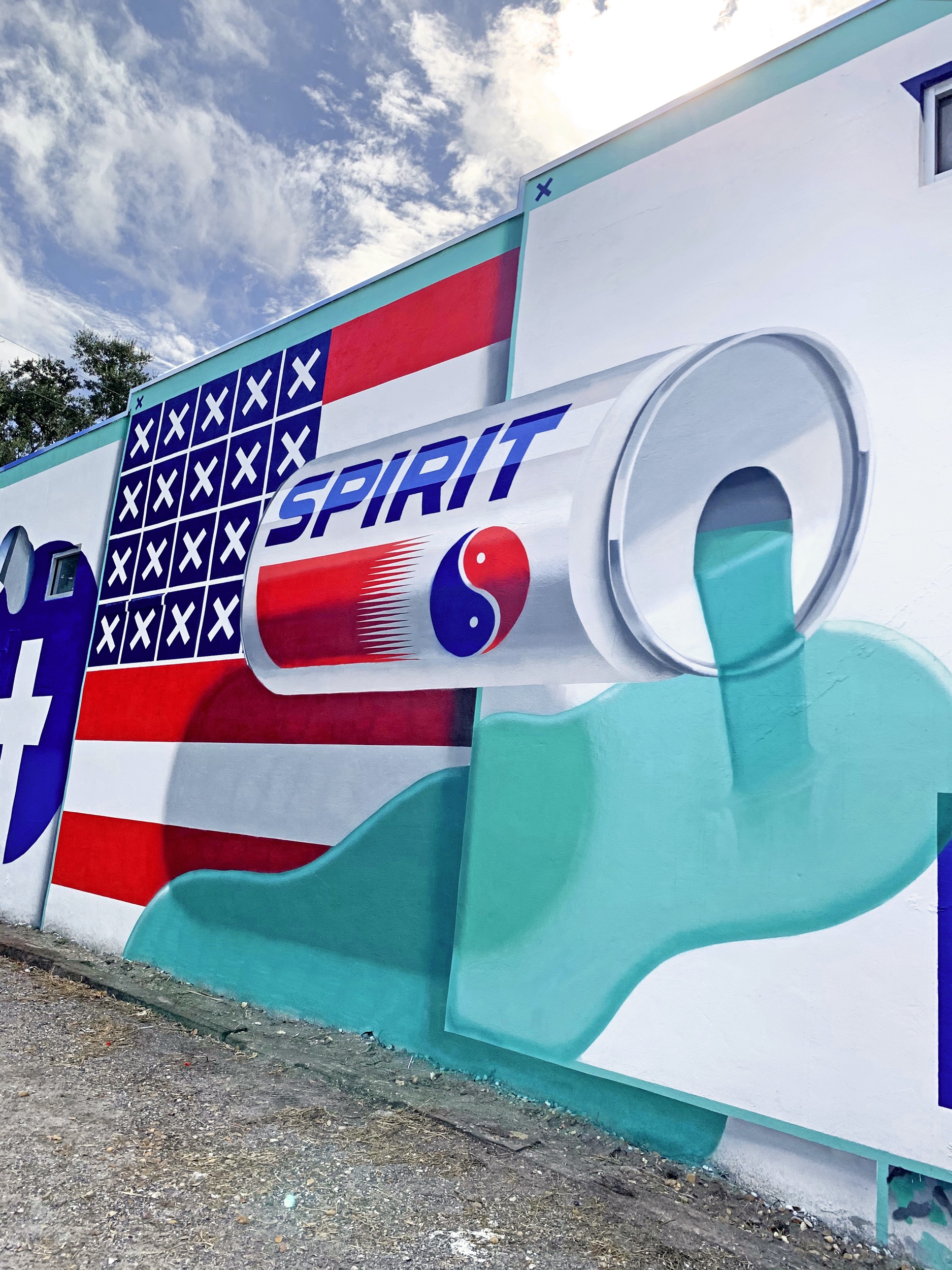