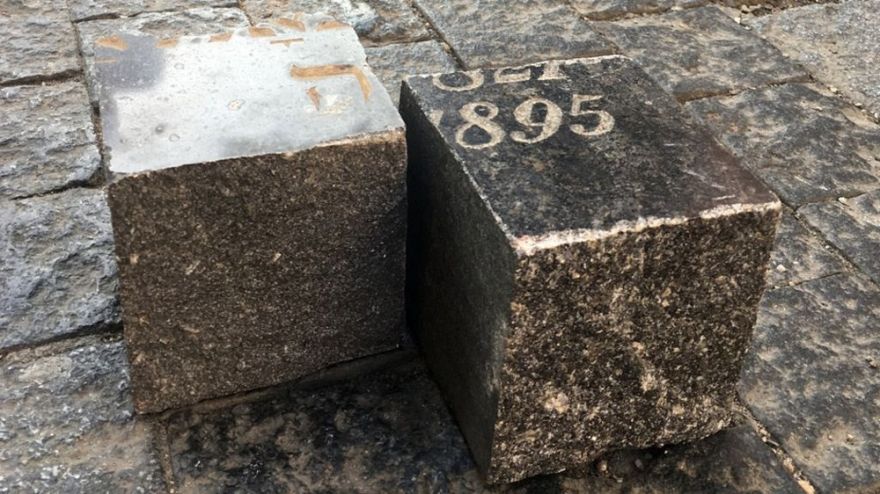 Millions of people walk by the magnificent cobbled streets of Prague, the capital of the Czech Republic. Unknown to many, they tread upon old gravestones looted from Jewish cemeteries that have long been forgotten.

They look like normal paving stones and indistinguishable from the rest, because the smooth, polished side of the granite block—the one that carries the inscription—is always laid face down.

Like the rest of Europe, the holocaust ravaged the Jewish population in the Czech Republic. Before World War Two, Czechoslovakia’s Jewish population stood at 350,000. Systematic extermination and migration left only about 50,000 Jews when war ended. In the following decades of Communist rule, anti-Semitism was so high that the majority of the remaining voluntarily emigrated elsewhere leaving barely 8,000 individuals of the community behind.

As Jewish villages became abandoned hundreds of Jewish cemeteries lay untended and forgotten. The Communist authorities, and surprisingly, many officials within the Jewish community too, saw these cemeteries valuable repositories for building material that would otherwise go to waste. All across the Czech Republic, people dismantled Jewish graves and used the stones to pave their backyards and walkways.

The local Jewish population seems to be aware of this, and they have expressed outrage from time to time regarding this matter. However, the subject never became a wider public debate.

Leo Pavlat, the director of the Prague Jewish Museum, believes it would be impossible to dismantle Prague’s streets and recover the blocks because of the cost associated. Besides, the blocks have been cut into such small pieces that it would be impossible to put them back together anyway. However, Pavlot said that he would like the city to put up a small plaque reminding people of the origin of the blocks and the barbarism of the Communist regime.