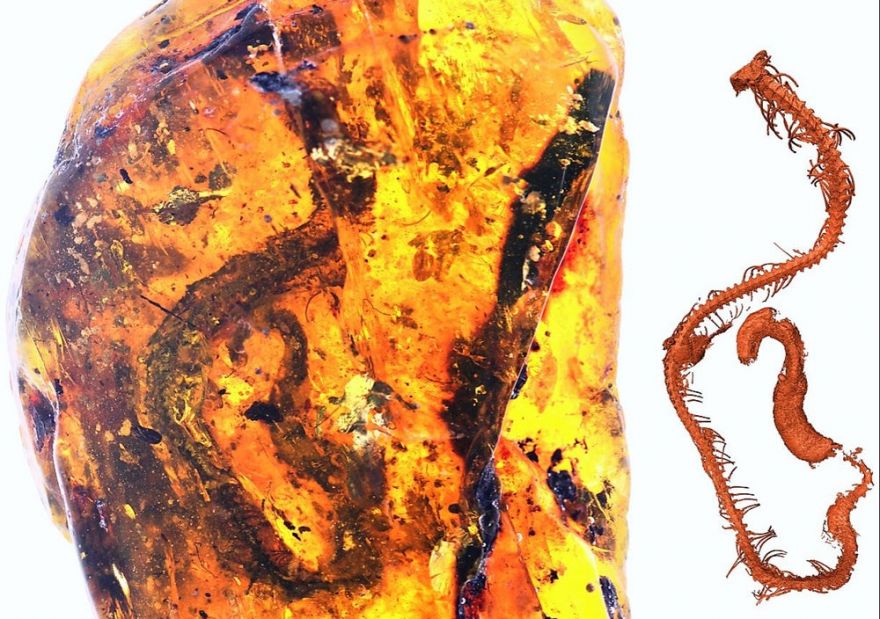 Surely you’ve heard of prehistoric insects trapped in amber, but what an international team of scientists led by Dr. Lida Xing and Prof. Mike Caldwell found in Myanmar is something much more unusual –  a prehistoric baby snake preserved in amber:

Known as Xiaophis myanmarensis, the snake is thought to be an infant due to its small size (its estimated length is under 8 cm/3.1 inches), the relatively large space occupied by its spinal cord, and the fact that its backbone lacks the complex joints which such snakes are known to have acquired as they reached adulthood.

This discovery will help shed light on how primitive snakes have moved all over the different continents:

“It dates back to the age of the dinosaurs, well before snakes started to differentiate into modern groups,” says team member Dr. Alessandro Palci, of Australia’s Flinders University. “This Asian fossil helps shed light on how primitive snakes dispersed from the southern to the northern continents.”