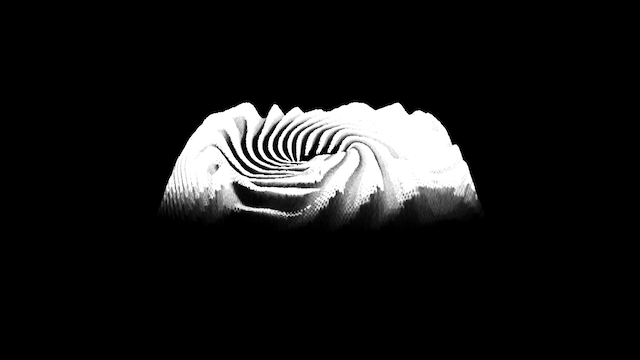 One of the video synthesis community’s true pioneers, Bill Etra, passed away in August of 2016, but his vision lives on in a new music video for Bxentric’s new track “Sakura Fall.” The video’s director, Kenaim Alshatti, known for hallucinatory, molten lave-esque GIFs that he calls “motion fantasies,” uses Rutt/Etra video synthesizer visuals as a jumping off point for his music video.

“I was fortunate enough to have a few interactions with Bill on social media,” Alshatti tells The Creators Project. “With myself and others he was always an encouraging sweet human. When we were first thinking of how to make ‘Sakura Fall,’ Bx brought up a post I had reblogged from Prosthetic Knowledge right after Bill passed.” 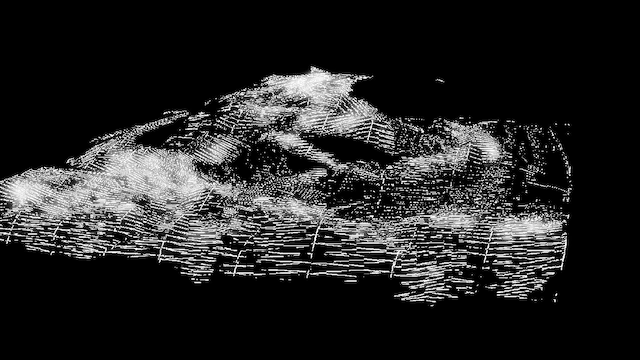 “I was hesitant to go down this visual path at first,” he adds. “So many have abused the beauty of the Rutt-Etra aesthetic, falling into a trap of using it as a crutch. However, the more I explored the idea, the more I felt I could challenge myself to create something very much in the Rutt-Etra aesthetic, while justifying its use to myself through theme and execution and dedication.”

So, Alshatti sought to create a succession of visuals that would produce an effect of “descending gracefully through an inward void.” For him, the visuals represent the experience of waves of fear and panic, while limitless gravity pulls one into a chasm. 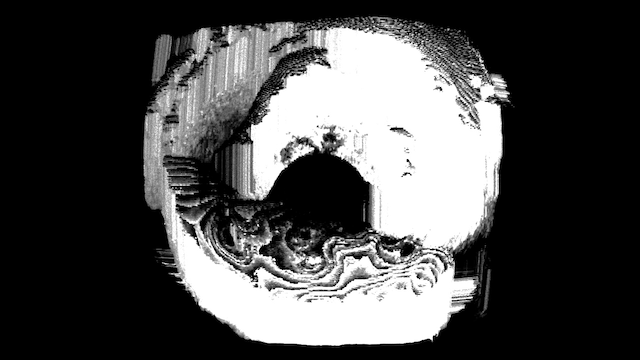 For Bxcentric, a.k.a., Bryn Lewis, the decision to work with Alshatti again was obvious. This is their third collaborative project, and they have learned come to communicate easily along the way, placing full trust in the other’s artist output. He brought the project to Alshatti in the final days of the mixdown process, just before sending it off for mastering.

“I sent him some visuals he’d previously posted, along with the background story and concept behind Sakura Fall, but then left it to him to interpret those and create the final vision,” Bryn tells The Creators Project. “There was minimal interaction between us until he finished. I hope you can see how deep into this he went, as I really feel he captured my mind frame exactly.”

“[It’s about] trying to make enough sense of those emotional abstractions to begin dancing in defiance,” Alshatti adds. “Dancing long enough that you create a new reality.”

“Sakura Fall” will be released on February 17th as a digital EP, with a limited 12” vinyl run, on Bxentric’s label Nanda Records.

Click here to see more of Kenaim Alshatti’s work, and here to listen to Bxentric’s music.