In the first-person 360° music video for Soul Science Lab’s new track “I Can’t Breathe,”  viewers are placed inside the perspective of police violence victims like Eric Garner, who uttered the words “I Can’t Breathe,” in the last moments of his fatal encounter with the NYPD. Much like the LA exhibit that explored 25 years of police violence, and Adam Pendleton’s “Black Lives Matter” wall at the 2015 Venice Biennale, Soul Science Lab’s forces the viewer into an uncomfortable reality—this time, however, through virtual reality.

The video, which premieres today on Creators, alternates between two first-person police brutality scenes, and one of Soul Science Lab and collaborators as a scene of spirits on the other side. This marked the first time Soul Science Lab’s Asante Amin and Chen Lo worked with 360° video, but wasn’t their first foray in combining art and activism. 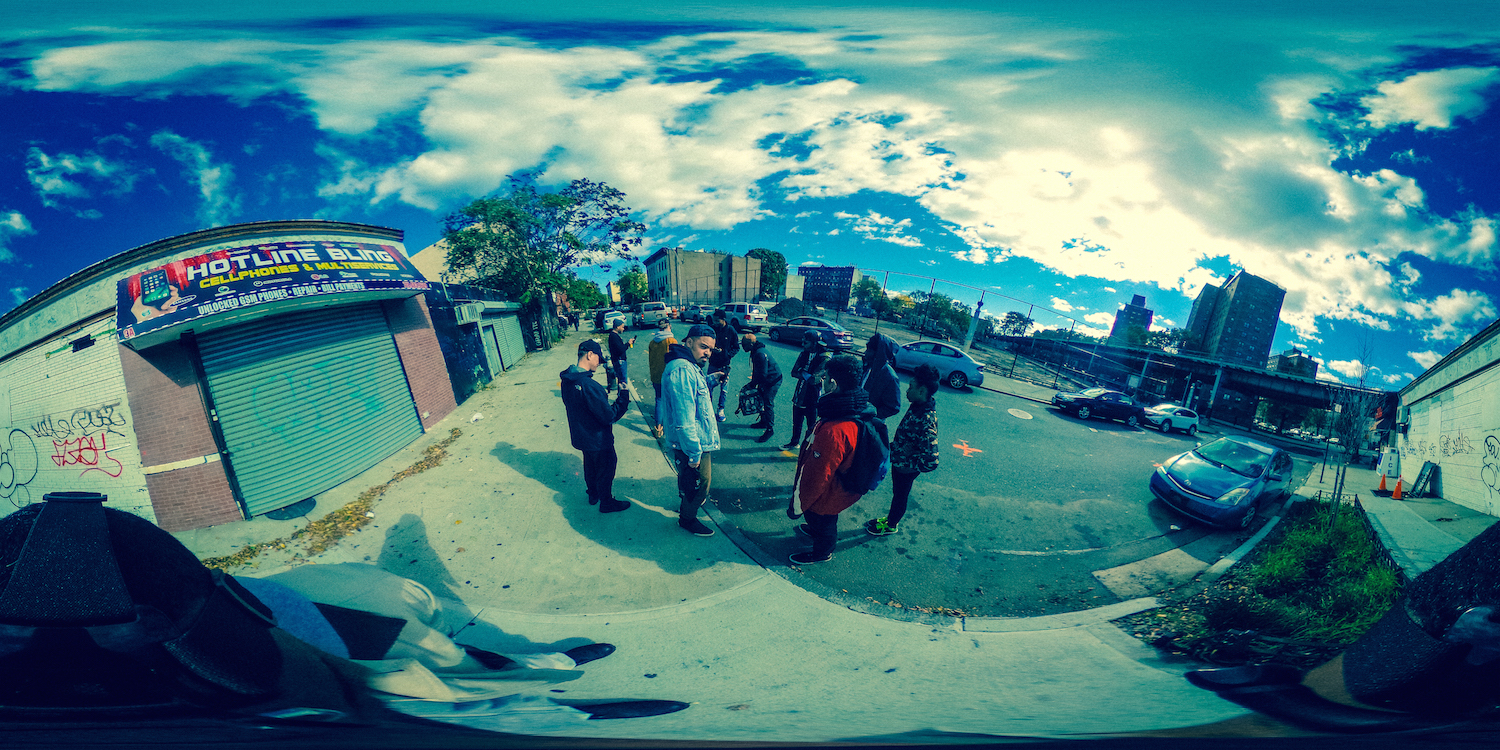 “My initial inspiration for the song came in the midst of watching the Eric Garner videos and the string of killings of black lives that were flooding our timelines,” Amin tells Creators. “Eric Garner’s video in particular created such a mix of emotions from the initial ‘Fuck the cops’ to the shock, disgust, and anger of watching him murdered on film. But, his affirmation and assertion that ‘…IT STOPS TODAY!’ also really resonated and inspired me.”

“For us, using 360° video was an opportunity to allow viewers to see these tragic situations from the perspective of the victims,” says Lo. “It allowed us to put you there in their shoes. Of course, our ability to portray the real experience of the victim is impossible, but at the very least we wanted drive empathy, make viewers feel uncomfortable, and move people to reexamine this epidemic human rights crisis.”

The idea for a 360° video came about after the creative agency, Rapport Studios, who were working with the duo on their Plan for Paradise album, recommended it. Soul Science Lab had already been working with emerging technologies like augmented reality and immersive experiences for the album, so a 360° video was, as Lo says, the next logical step. The project really gained traction, however, when director Michael Cordero approached the duo about directing a 360° video for “I Can’t Breathe.” 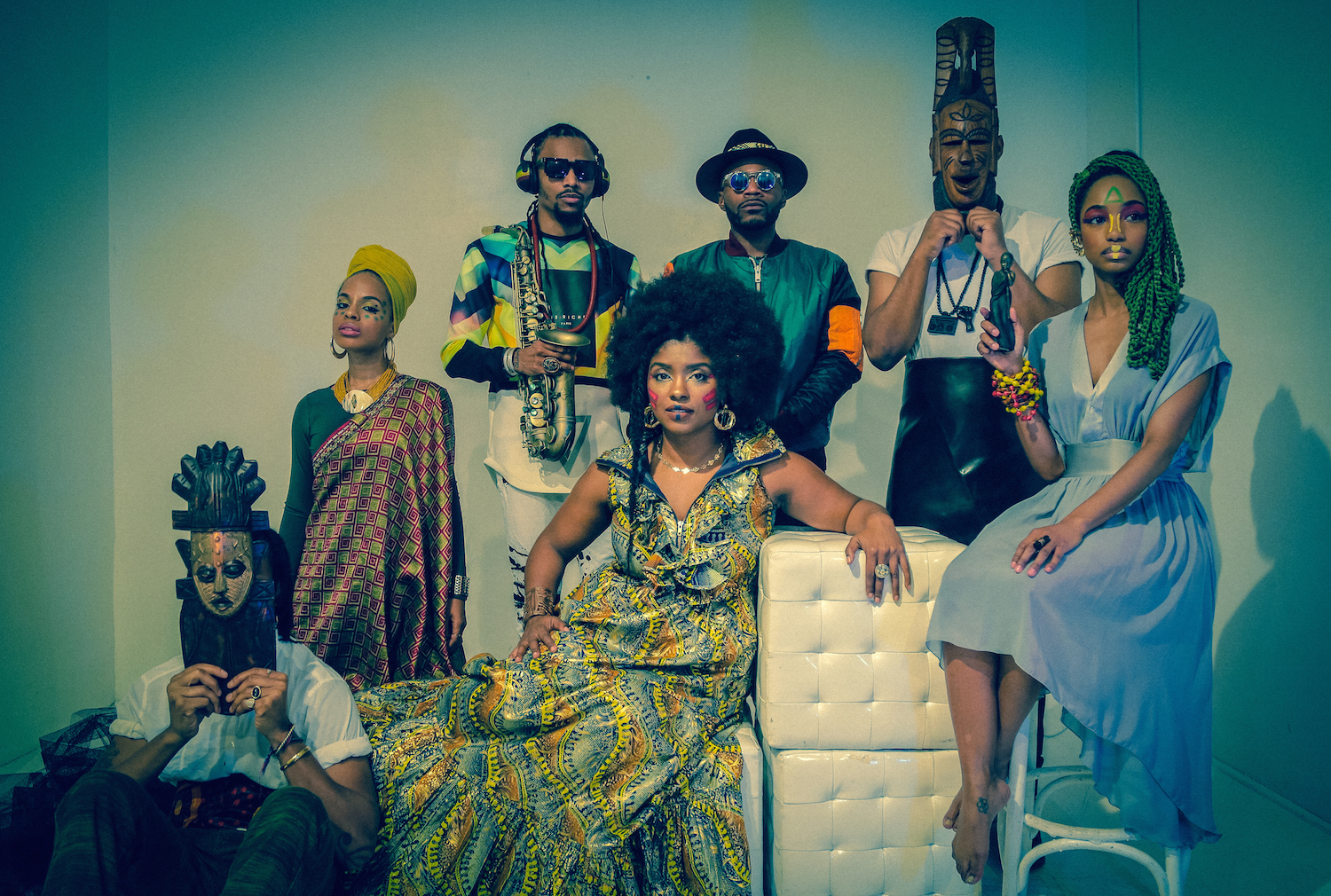 On location for “I Can’t Breathe.”

For the exterior shots, Cordero mounted a 360° camera rig on the central actor, while other actors recreated two high-profile killings. The camera rig’s placement for the interior shots was planned to give the viewer the feeling of being in a space occupied by wise and elder spirits.

“These spirits are voicing their disdain and frustration with the conditions people of color face and their burning desire to affect change,” Lo says. “They are ancestors that welcome the viewer after their fatal encounters with police and implore us to join their cause.”

“We knew we wanted the transitions to be as if one is experiencing a near death or out-of-body experience, as we think those things may happen in traumatic situations like the ones being depicted in the video,” adds Amin. “Where people are murdered and they began to die and drift in and out of consciousness became obvious points of departure into what is really this spirit of Paradise for us.” 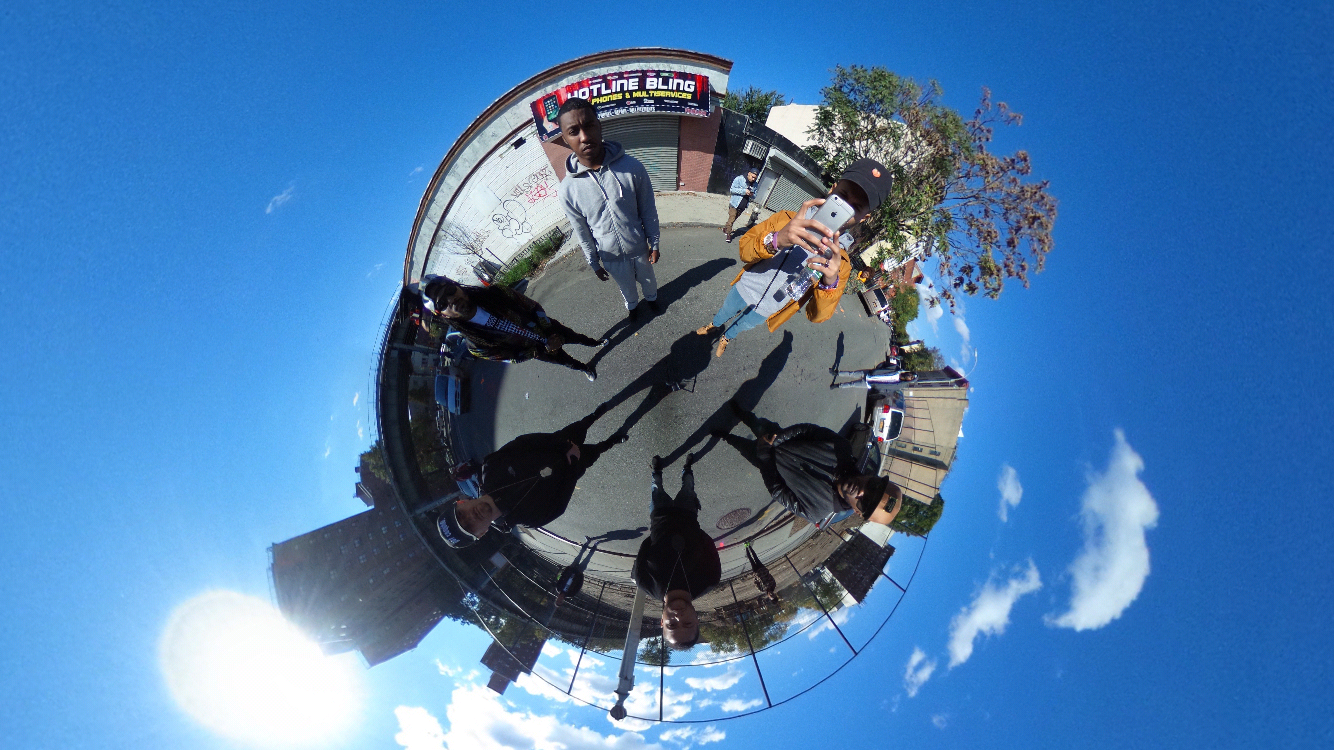 Ideally, Soul Science Lab hopes the 360° video drives empathy, forcing viewers into uncomfortable sensations. The film shoot itself even proved troubling for onlookers in Bushwick, who thought they were seeing real police brutality unfolding before their very eyes.

“We want people to be moved to share this video and song,” Amin adds. “We want it to start a dialogue amongst many different people. If it can get people talking, reflecting and learning, we’ve done our job.”

Soul Science Lab’s Plan for Paradise is out now on the duo’s own label.