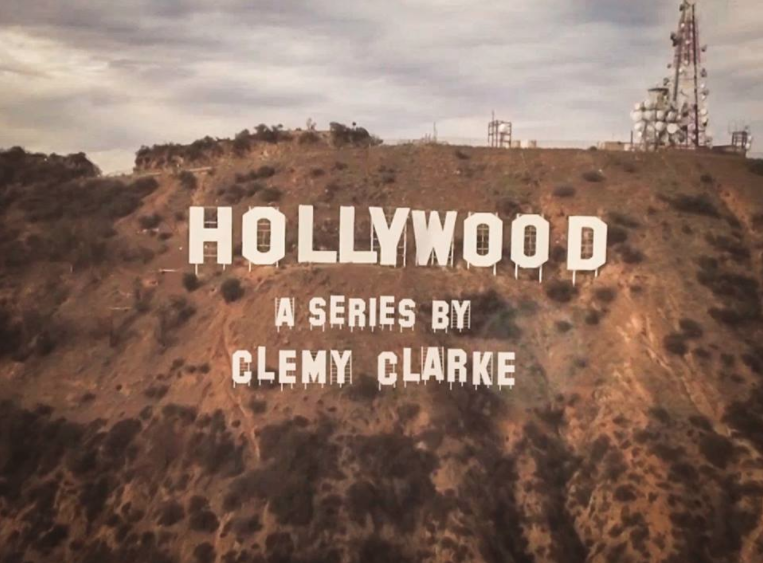 Screencaps by the author

Courtney Love called it out with Hole’s hit “Celebrity Skin“—“it’s all so sugarless/ hooker, waitress, model, actress/ oh just go nameless,” because even in 1998, jaded Tinsel Town performers were nothing new.

There’s no doubt the Hollywood actor’s struggle is an American cliché. Identity crises, method-acting meltdowns, and the ever-wavering ego, are all symptoms of a regrettably attractive industry. Clemy Clarke, the French LA resident, SCAD alum, and the co-creator of the Hollywood web series, premiering today on The Creators Project, agrees that actors do manage to “survive in [this] extremely hostile but magical place,” but not without its challenges. “When I started developing the project,” she explains, “it was clear to me that I wanted to focus on the most terrifying stage for actors: the casting call.”

HOLLYWOOD Episode 1 The Terrorist from Clemy Clarke on Vimeo.

And a daunting stage it must be. Clarke’s never-before-seen six-episode series begins with the typecast role of The Terrorist. Salim El Arja, a Moroccan-American actor, yells Arabic obscenities at the mirror, eager to intimidate his reflection before stepping into the casting room. Who knows if the director understands Arja’s threats—sooner than you can say “take this hood off me!” Arja is dismissed, and exits through a room of ambigiously brown actors also vying for the lone role.

HOLLYWOOD Episode 2 The Lover from Clemy Clarke on Vimeo.

You don’t need to be an actor to recognize the pattern, nor that it will eventually reach its breaking point. Throughout the next five episodes, like a calculated highway pile-up, each three- to 10-minute segment focuses on a different proverbial character: Alexis Salinas as The Lover, Izzy Pollak is The Student, Gerardo Muniz and Aditya Basu are The Bull, followed by The Makeup Artist, and finally, Farrell Huntley and Alex Rubin in The Suit.

HOLLYWOOD Episode 3 The Student from Clemy Clarke on Vimeo.

Hollywood is intentionally minimalistic. Little context is provided, leaving viewers to imagine the things that could have lead to each subject’s meltdown, however tacit or blatant the display. The series’ last episode, The Suit, ends with a surreal twist: Huntley and Rubin argue over the lead role of female astronaut for a sci-fi film, to the point where they’re transported to what we can only assume is planet Hollywood. Dodging pterodactyls, the two fight to avoid panic attacks before finally coming off their delusional high, and reconciling to get back home.

To pull off a restrained product like Hollywood requires a filmmaker’s understanding of nonverbal communication and the mental stamina of a psychiatrist. Clemy Clarke may not be trained to diagnose multiple personality disorder, but her love for movie magic is strong, despite how relentless its realities can be. “Born in Paris—France not Texas—” she distinguishes, “I studied in America and I don’t feel partly American, [but] completely American and worst of it: I love Hollywood.” Her unabashed excitement about the dog-eat-dog mid-LA scene is admirable; rather than sink into apathy or dismiss the influence of a century-long film culture, she delights in its dreamlike clutches.

HOLLYWOOD Episode 5 The Makeup Artist from Clemy Clarke on Vimeo.

Co-produced by the director herself and Carlo Fiorio, Hollywood depicts the true vulgarity and vulnerability actors face today. It’s short and palatable, and was just selected for London’s Independent Film Awards.

HOLLYWOOD Episode 6 The Suit from Clemy Clarke on Vimeo.

We Talked to the Creators of ‘High Maintenance’ About Going Legit